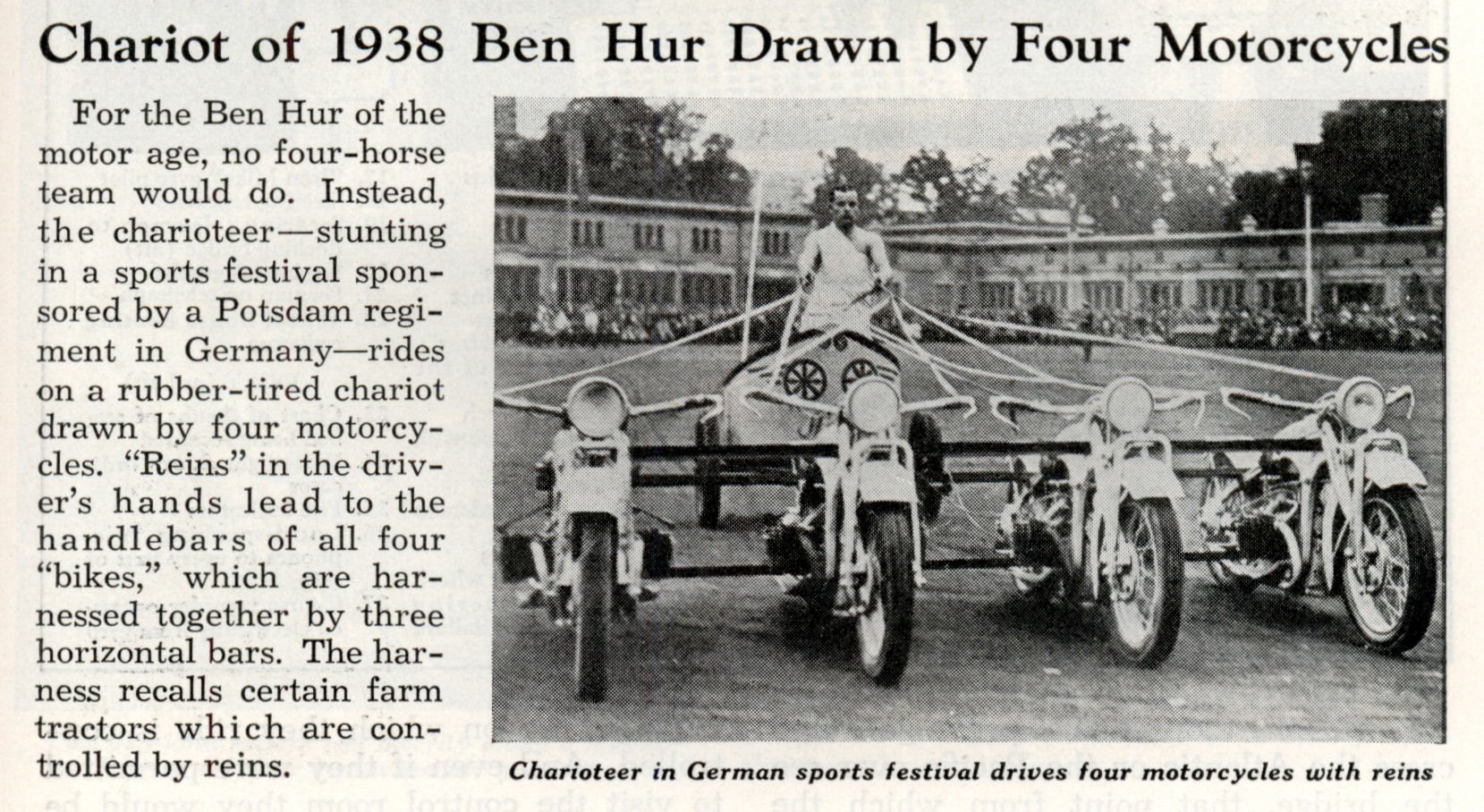 Well, I don’t really have a category for this post. I spent about an hour staring at this picture yesterday trying to figure out how the hell this guy was controlling the throttle, transmission and brakes. If you think you know, educate us all in the comments below.

For the Ben Hur of the motor age, no four-horse team would do. Instead, the charioteer stunting in a sports festival sponsored by a Potsdam regiment in Germany rides on a rubber-tired chariot drawn by four motorcycles.

Reins in the driver’s hands lead to the handlebars of all four bikes, which are harnessed together by three horizontal bars. The har-ness recalls certain farm tractors which are controlled by reins. 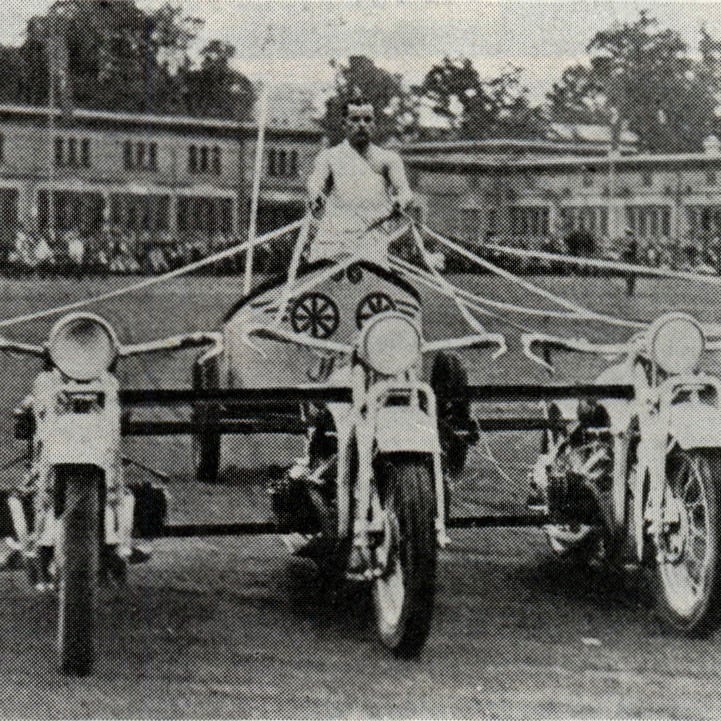