The Ford Supervan was built in the early 1970s by Terry Drury Racing, they used an actual Ford GT40 chassis including its Gurney-Weslake 435 hp V8. It was the fastest van in the world when it was built and Ford used it extensively as a promotional tool, visiting race tracks and drag strips across Britain.

From a distance the Supervan looks close to factory original, it’s only when you get closer and notice the bubble wheel arches that are struggling to cover a set of wide racing slicks that you begin to realize it’s a little unusual. 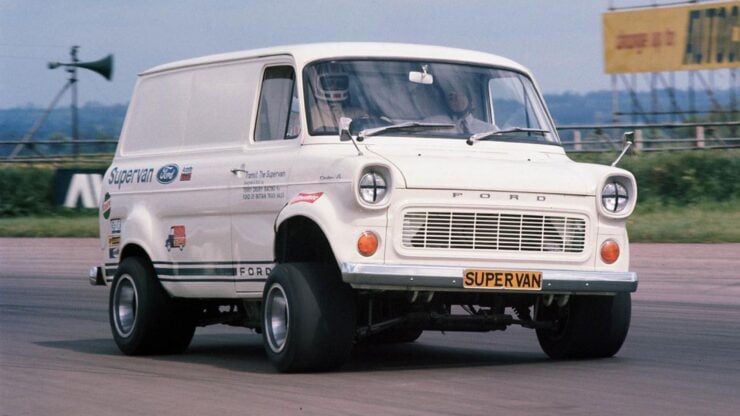 The Supervan was quick on track, spectators noted how strange it was to see a Transit moving so quickly with the howl of the Gurney-Weslake V8 coming from the back. Image courtesy of Ford UK.

By the early 1970s the racing world had moved on, and the Ford GT40s that had been such a dominant force at the 24 Hours of Le Mans and international endurance racing were no longer competitive on track.

Somewhere deep in the heart of Ford UK someone had an idea to promote the Transit, the company’s wildly successful commercial van. It’s possible, in fact probably likely, that the idea was conceived in a pub due to the fact that bolting a Transit body to a Ford GT40 chassis is unlikely to have been formulated in a sober mind.

Hemmingway once said “You should always do sober what you said you would do drunk, and that’ll teach you to keep your mouth shut.” Luckily for us, this is exactly what happened with the Supervan, the executives signed off on the idea and the construction work was contracted out to Terry Drury Racing. 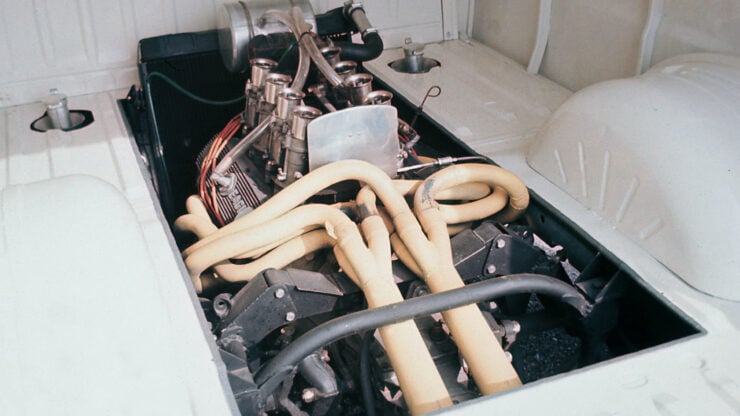 With a swept capacity of 435 hp, the Le Mans-winning Ford GT40 V8 in the back of the Supervan immediately made it the fastest van in the world. Image courtesy of Ford UK.

The build was completed in 1971, and Ford unveiled the car to much amazement at the Easter 1971 race meeting at Brands Hatch. The Supervan completed a number of hot laps, setting the best lap times ever achieved by a Transit, as the 5.0 liter 435 hp V8 howled from the rear cargo compartment.

It became clear that the box-like aerodynamics of the van were limiting it when circuit racing, but this proved less of an issue on the drag strip – and as it happens drag racing was enjoying a surge in popularity at the time.

So popular was the Supervan that Ford had it updated in 1978 with a new Transit body to keep it current, then they had the Supervan 2 built in 1984 which was later rebuilt into the Supervan 3 in 1994.

The above video gives a great look into the original Supervan in its heyday, and it’s not hard to see why it was so popular. 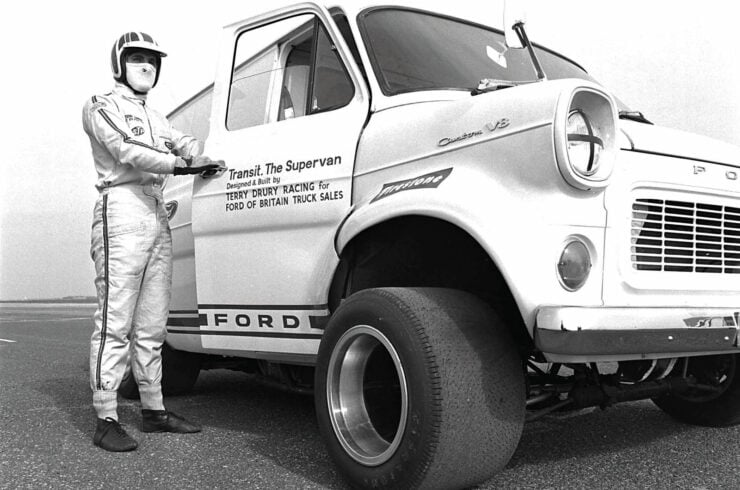 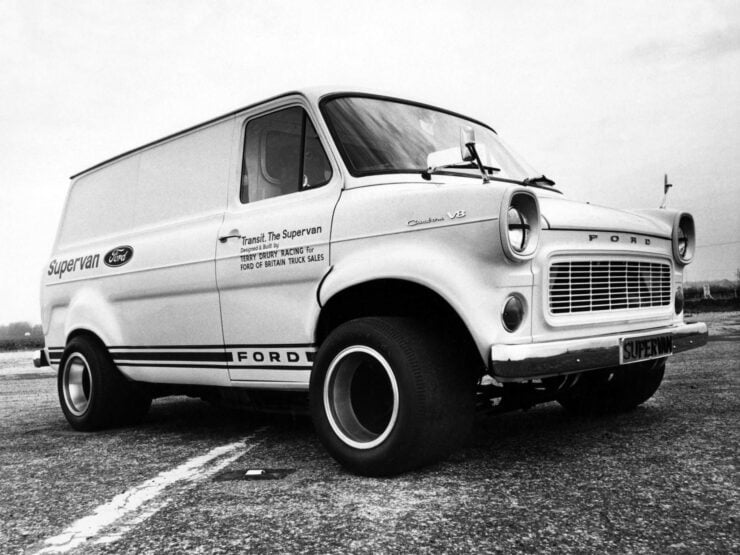 All images courtesy of Ford UK