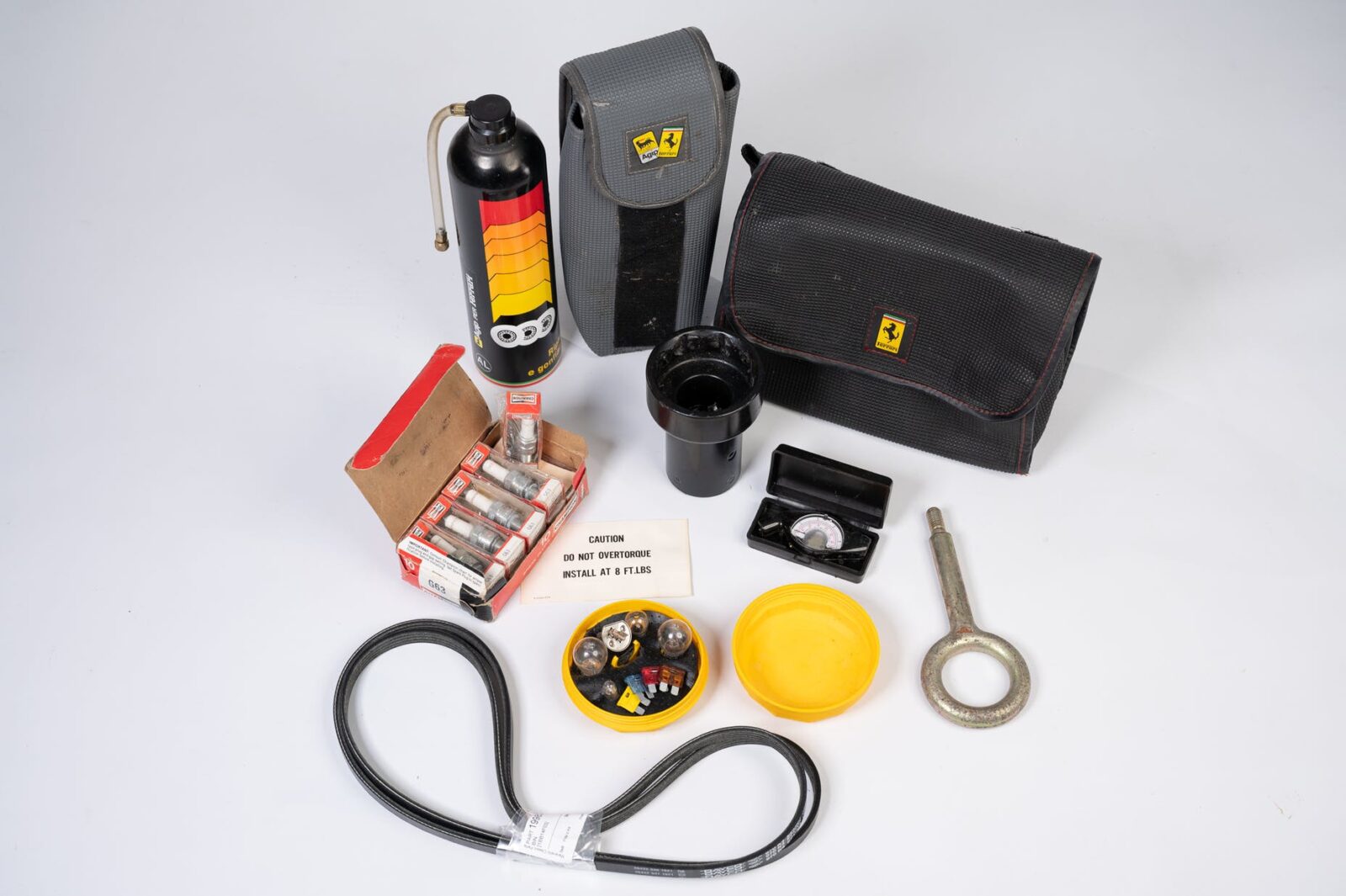 When the Ferrari F40 was released in 1987 the world was wowed by the car’s rakish styling, hefty rear wing, and its twin turbocharged V8 – but no one paid much attention to the included tool kit. Which seems a shame really as it’s relatively well equipped as far as supercar tool kits go.

Ferrari had supplied tool kits, usually tool rolls of some variety, with their cars for decades before the arrival of the F40, so it seemed logical that the new supercar would come with some wrenches. That said, few supercar owners actually use the supplied tool kits with most preferring to leave the spannering to the highly trained chaps wearing blue overalls down at the dealership.

Today we remember the F40 as one of the greatest supercars of all time and as the last Ferrari that Enzo Ferrari would have a direct hand in developing – he passed away in 1988 just a year after the car was released.

Whereas the competing Porsche 959 was a tour de force of technology and innovation, the F40 was a far simpler analogue driving machine – which many avid motorists tend to prefer. 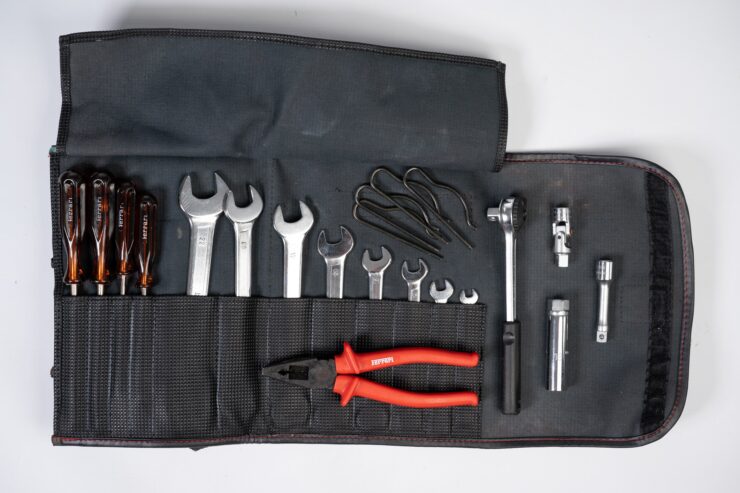 It’s likely that this tool kit will be bought by a current F40 owner who wants to bring their car up to concurs condition, requiring all the original bells and whistles be in place before inspection. It’s also possible of course that it’ll end up with a collector or enthusiast who wants to add one to their garage while they wait for the day they can pick up an F40 to go with it.

Above Video: Jay Leno takes a look at the F40 with car collector David Lee. 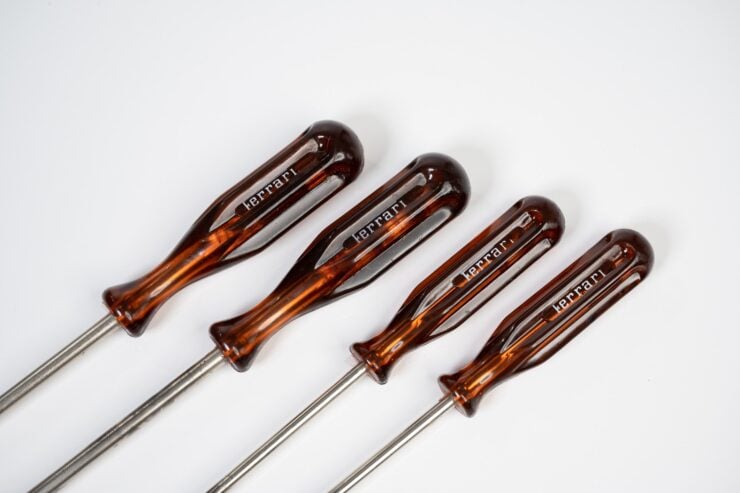 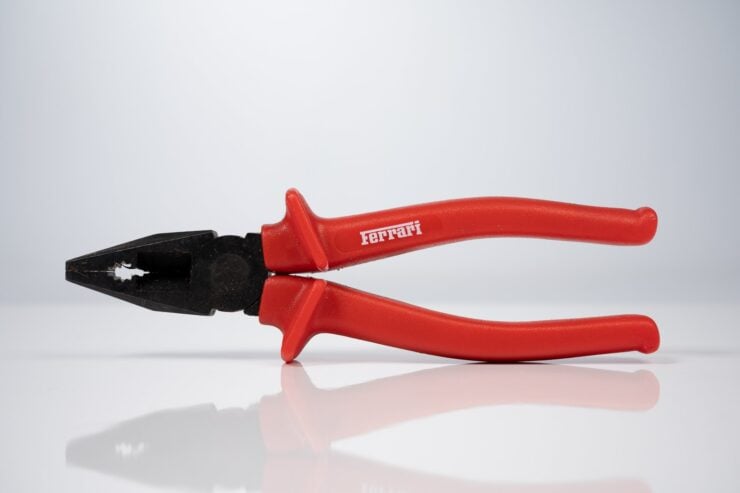 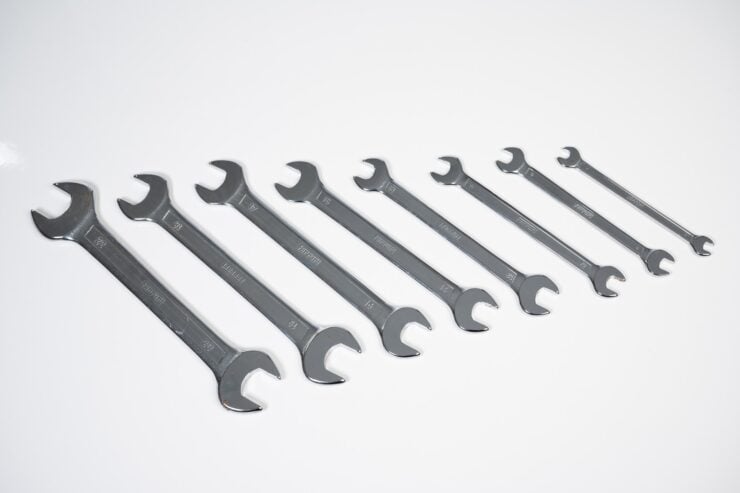 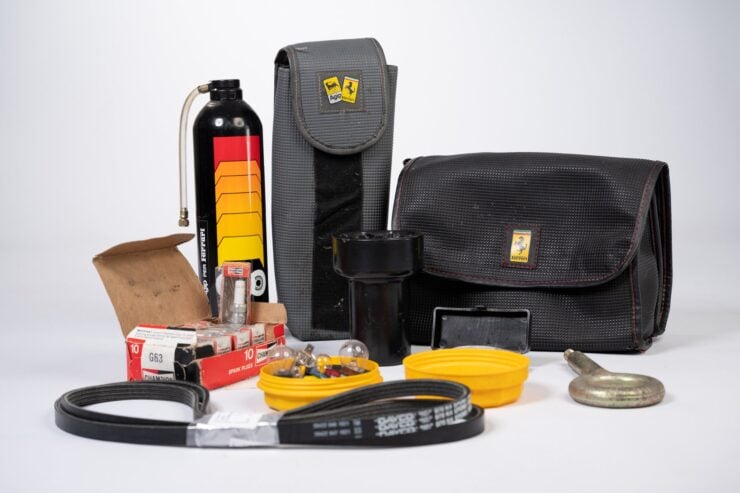