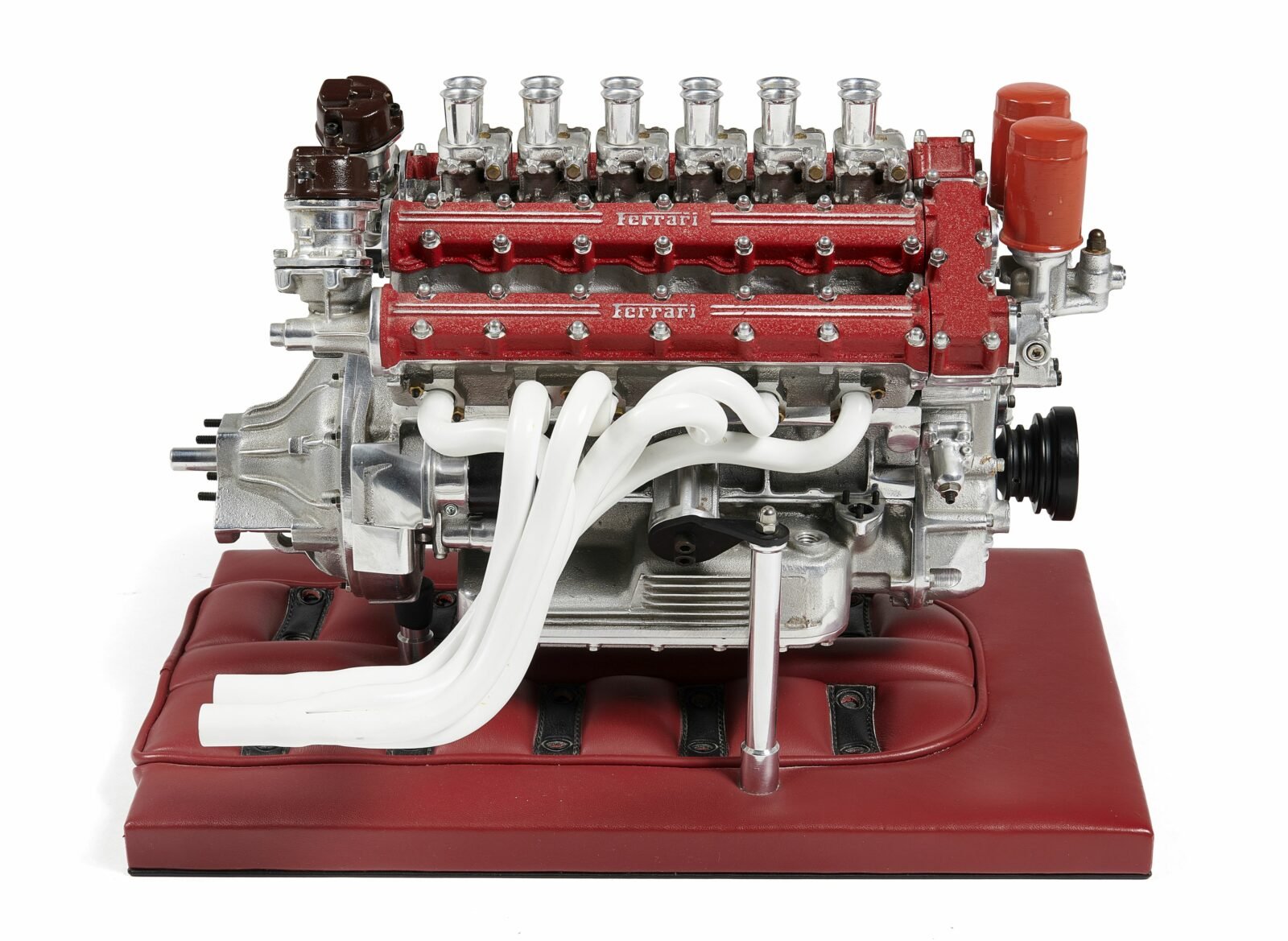 The 365 GTB/4 received its Daytona nickname not from Ferrari but from the media of the day, as a reference to Ferrari 1-2-3 finish at the 1967 24 Hours of Daytona. Ferrari famously didn’t like the name at all, and refused to use it at all in period and only sparingly since.

The car was one of the most important new Ferraris of the era as it was developed, at least in part, to meet the challenge presented by the Lamborghini Miura. 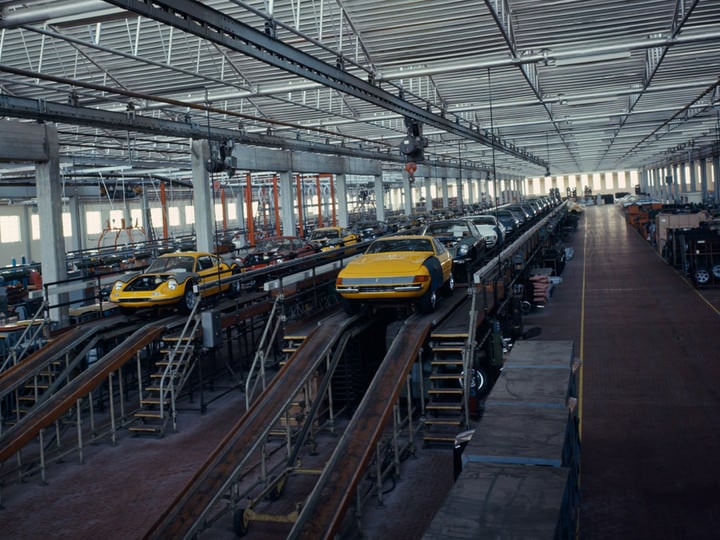 This is the Ferrari factory production line, showing the Dino models being built on the left and the Daytonas on the right. Image courtesy of Ferrari.

When it had been released in 1966 the Miura represented one of the largest challenges Ferrari’s road car division had faced in recent memory – it was a stylish, luxurious, Italian supercar with V12 power – in a way Lamborghini had out-Ferraried Ferrari.

The Ferrari Daytona appeared in 1968, still with a front-mounted engine as Enzo famously didn’t trust non-racing drivers to drive a mid-engined car competently. The engine was the Tipo 251, a development of the iconic Colombo V12 with double overhead cams, a displacement of 4,390cc, six 40 DCN/20 Weber carburetors, producing 347 hp at 7,500 rpm.

Perhaps most importantly the new car was slightly faster than the Miura, with a top speed of 174 mph vs the 171 mph of the Lamborghini. 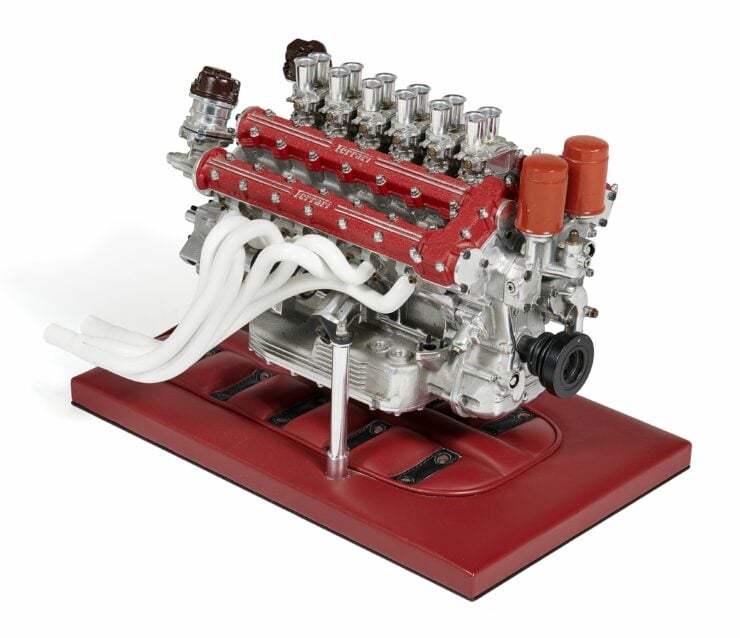 The Schedoni leather base is designed to look like the leather upholstered seats fitted to the Daytona.

The heart of every car is its engine, this is true for no automaker more than Ferrari, a company whose two primary V12s became globally famous and who many still refer to by the surnames of their lead engineers – Gioacchino Colombo and Aurelio Lampredi.

This precise 1:3rd scale model from Italy’s Terzo Dalia shows fantastic attention to detail throughout, it’s even mounted on a Schedoni leather base, designed to evoke the leather upholstery of the Daytona.

It’s due to cross the auction block with Artcurial on the 5th of February with a price guide of $5,400 – $8,700 USD. If you’d like to read more about it or register to bid you can visit the listing here. 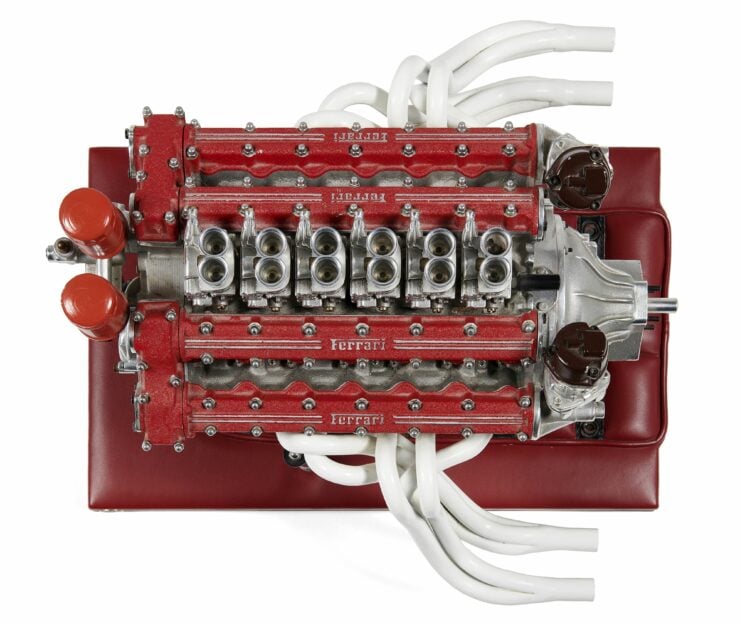 The engine is accurate down to the smallest detail, including the six 40 DCN/20 Weber carburetors and the equal-length tubular exhaust manifolds. 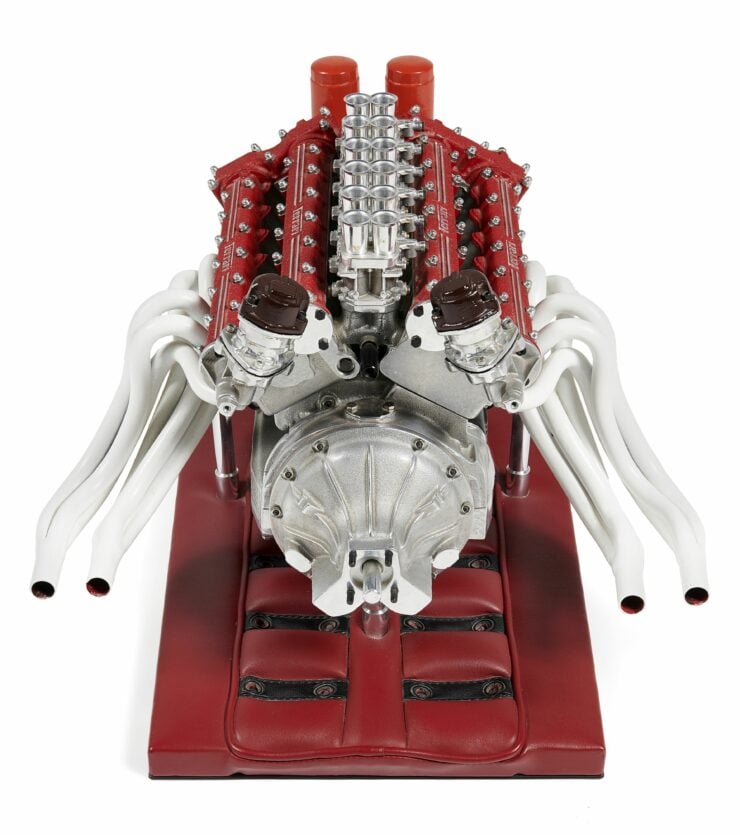 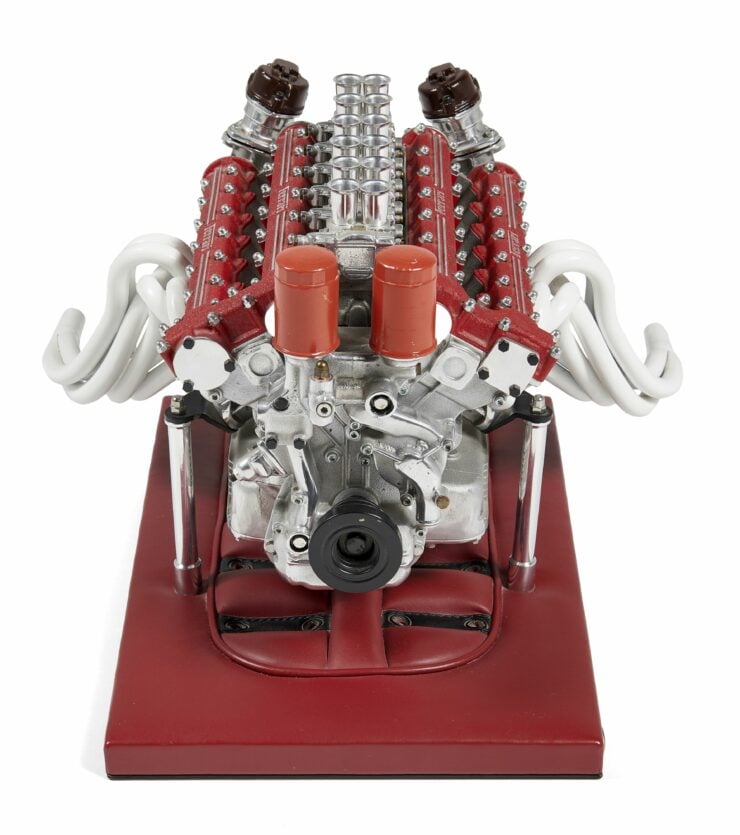 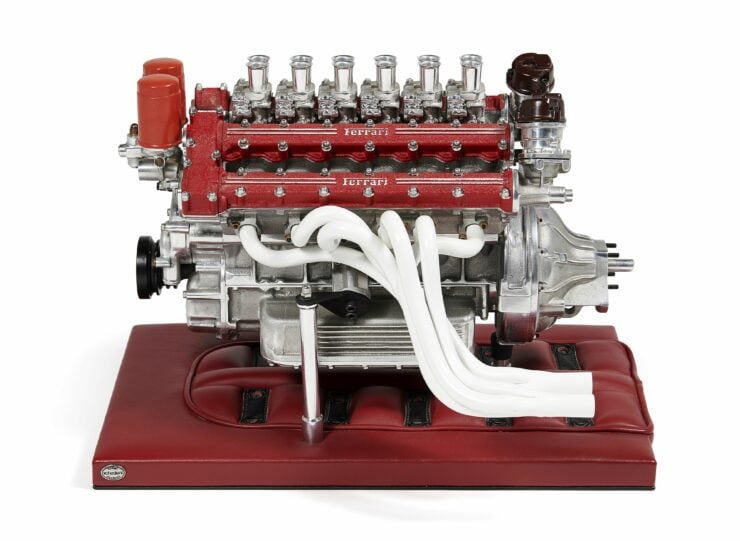 Published by Ben Branch - January 24th 2023
Related Posts
For Sale: A “Back To The Future Specification” 1985 Toyota Hilux