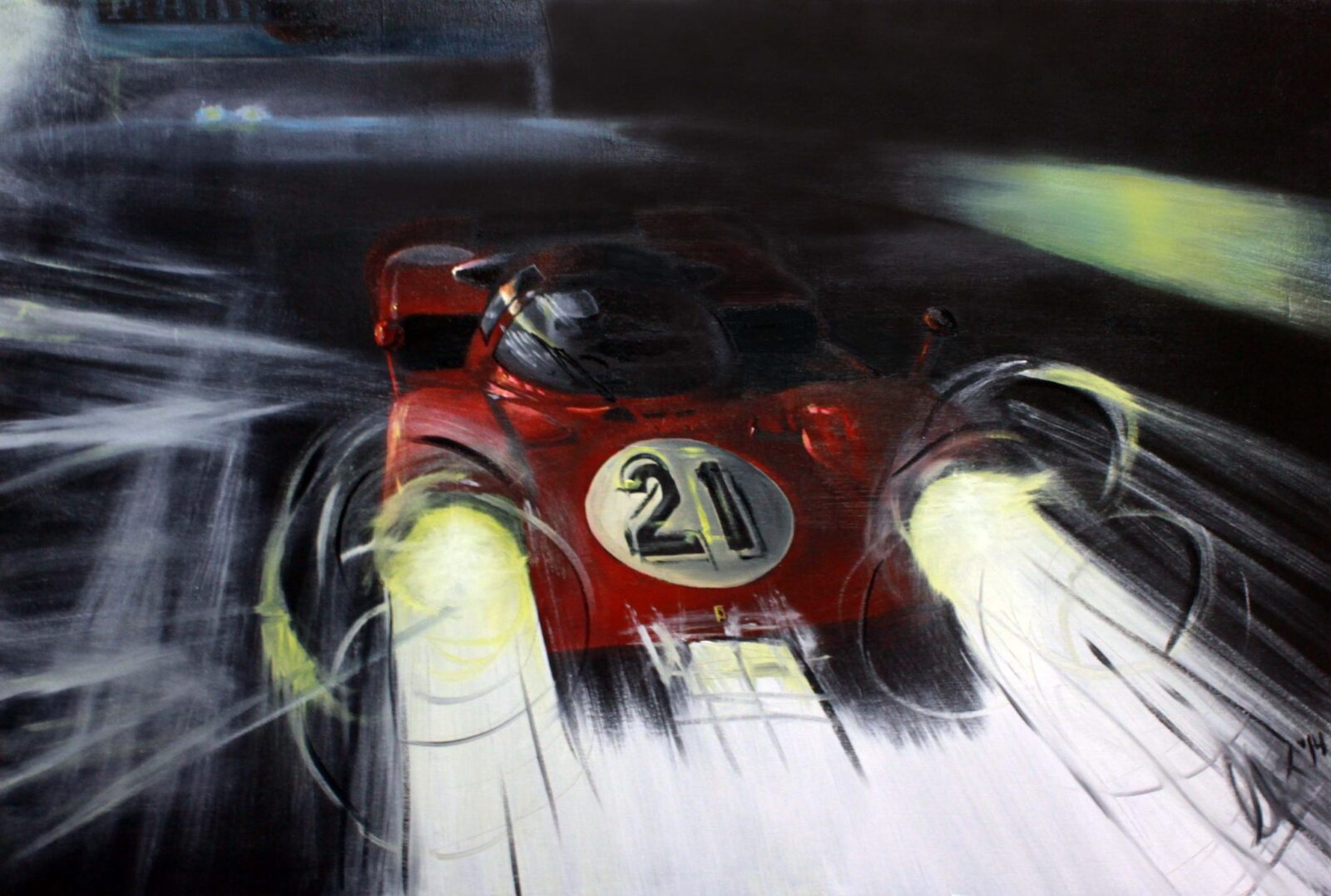 The stunning painting above features Mario Andretti’s Ferrari 512S Coupé, a car he co-drove to the 1970 Sebring 12 Hours victory. He’s said on a number of occasions that this was the most satisfying victory of his career, which is saying a hell of a lot when you look at the length and depth of the professional racing that the man has done. 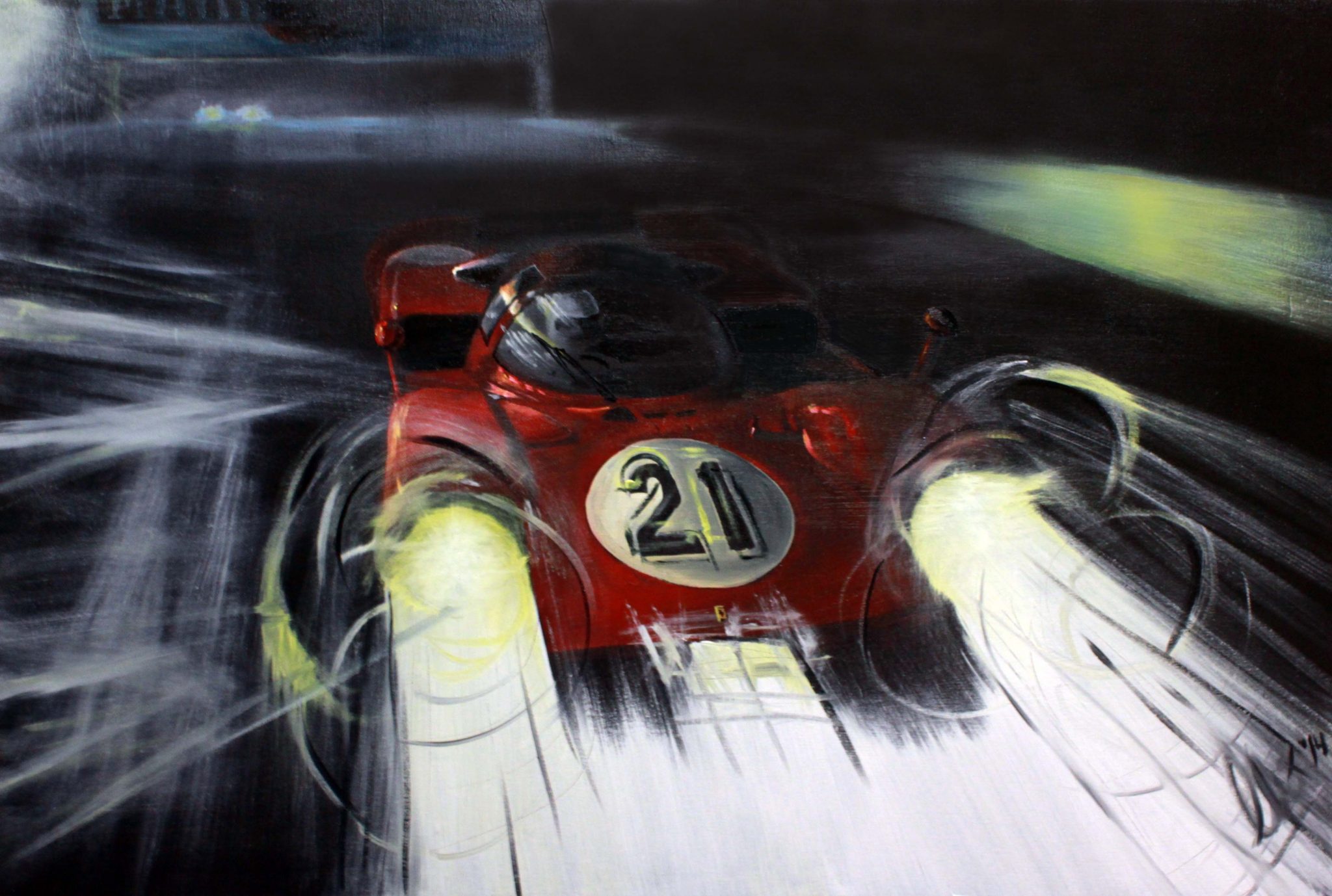