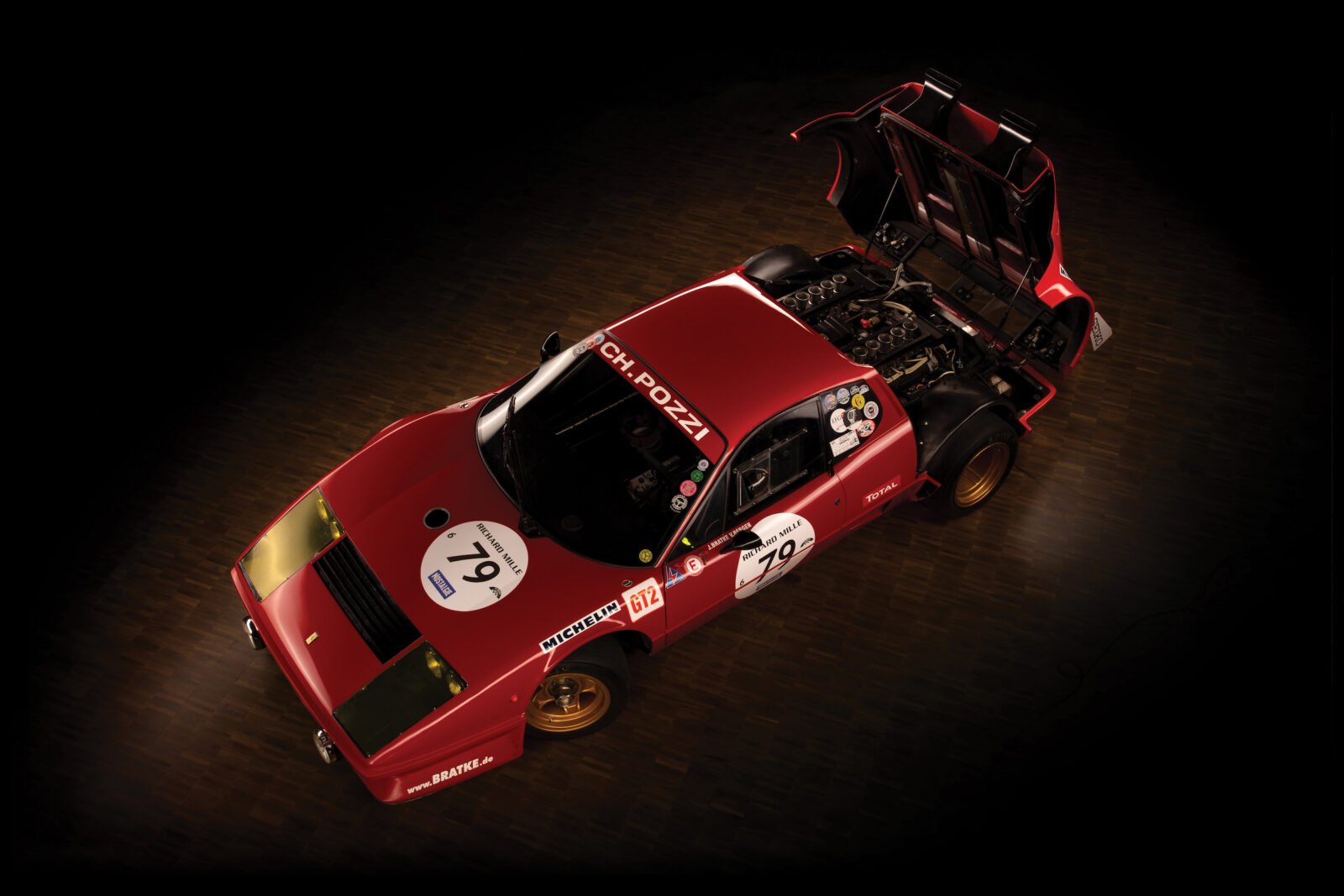 The Ferrari 512 BB “Competizione” was the competition version of the standard 512 BB – Ferrari offered a “Le Mans” kit to upgrade standard cars after a flood of requests from serious customers.

The development of the racing version was started by Ferrari’s Customer Assistance department in 1978. Once completed the kit would offer significant performance improvements including a power increase from 360 bhp to 460 bhp, a weight reduction from 1,400 kilograms to 1,230 kilograms, and a slew of other improvements to make the car a genuine threat on track. 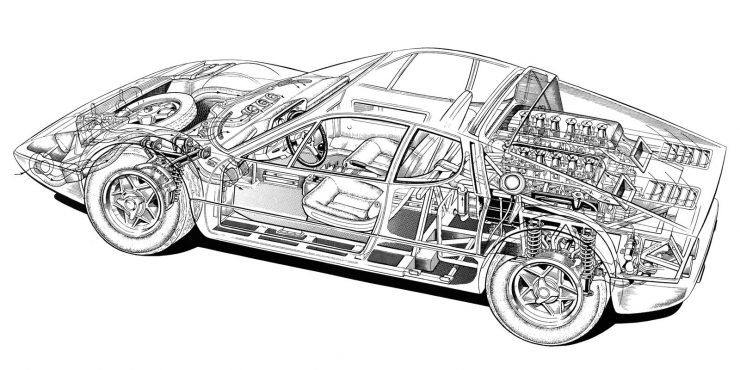 The Ferrari 512 BB was introduced in 1976 as the successor to the popular 365 GT4 BB, the two cars are very closely related and share many components, to the point that many non-Ferrari people have trouble telling them apart.

The “BB” in both models names stands for “Berlinetta Boxer”, “Berlinetta” is an Italian word describing a sports coupe and “Boxer” is a reference to the horizontally opposed flat-12 mounted in the back.

The Ferrari flat-12 is a masterpiece of engineering, this iteration has a swept capacity of 4943.04cc, a bore x stroke of 82 x 78 mm, a compression ratio of 9.2:1, twin overhead camshafts per bank, two valves per cylinder, four Weber 40 IF3C carburettors, a dry sump, a twin-plate clutch, and a 5-speed gearbox.

The engine is rear-mid mounted in the tubular steel chassis, the central passenger cell is a monocoque, and the suspension is made up of wishbones, coil springs, and hydraulic shock absorbers on all four corners, with front and rear anti roll bars, and disc brakes all round. 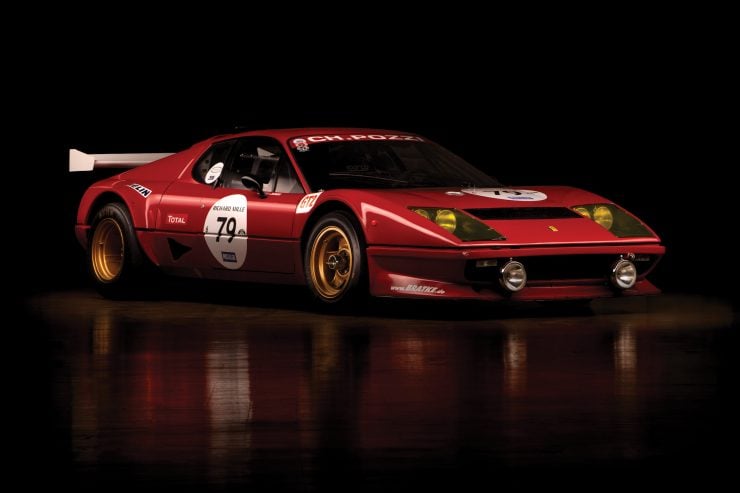 Ferrari lists the top speed of the 512 BB as 302 km/h or 187.65 mph, the competing Lamborghini Countach had a top speed at the time of 182 mph, giving bragging rights to the flat-12 from Maranello.

The 512 BB would remain in production from 1976 till 1984 when it was replaced with the Ferrari Testarossa – which would be powered by an updated version of the same flat-12. Over 2,000 examples of the Berlinetta Boxer would be built by Ferrari over its production run, and they’re now considered highly collectible and their values have been skyrocketing in recent years.

The car you see here is a 512 BB that benefits from a period fitment of the rare Ferrari Le Mans Kit by the original owner Markus Kiesgen, a founding member of the Ferrari Club Deutschland.

The body was also modified, the pop-up headlights were removed, front and rear spoilers were fitted to aid aerodynamics, and fender flares were added to cover the new wider 9 and 12 inch wheels used at the front and back respectively. Larger brakes were also fitted to help slow it all down on the race track, and racing tires were fitted. 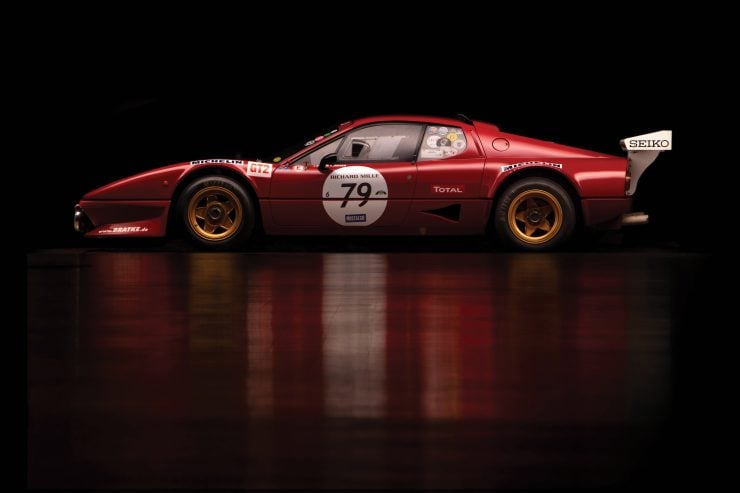 Kiesgen raced the car extensively between 1980 and 1985 in Germany, it would later be entirely revised by Bratke Motorsport in 2006 with the engine and gearbox rebuilt, the bodywork carefully restored, an FT 3 tank was installed, and a modern (safer) FIA-approved roll cage was added.

In 2012 disaster struck at the Red Bull Ring when an oil starvation issue caused an engine seizure. A 12 month engine restoration was undertaken, bringing the car back to its former glory. In 2016 and 2018 the car competed at the Le Mans Classic

The 512 BB is now accompanied by a current FIA Rennpass and it has engine rebuild invoices confirming it produces 475 bhp – 15 bhp up on its original figure. RM Sotheby’s will be offering the Ferrari at the Paris auction in February with an estimated hammer price of €395,000 to €455,000, if you’d like to read more about it or register to bid you can click here to visit the listing. 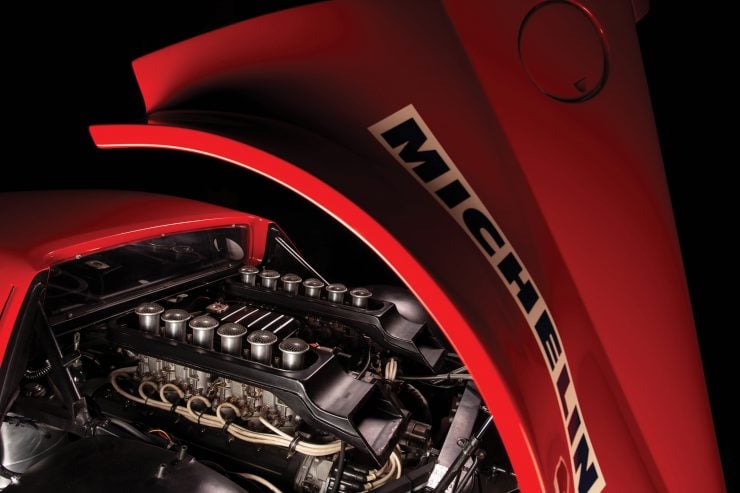 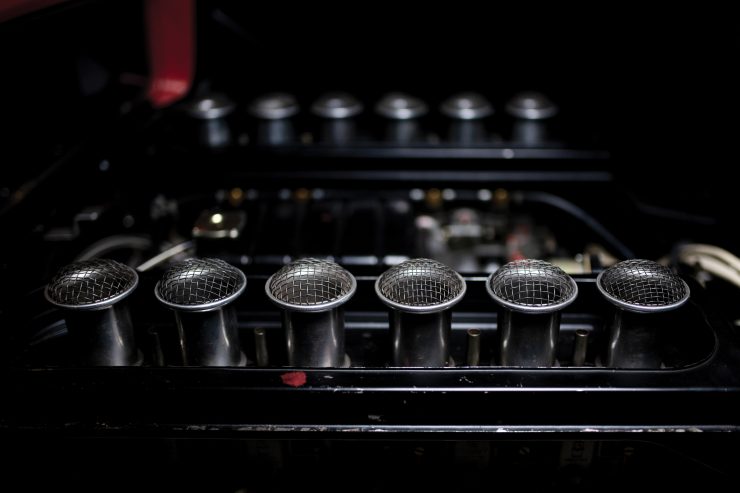 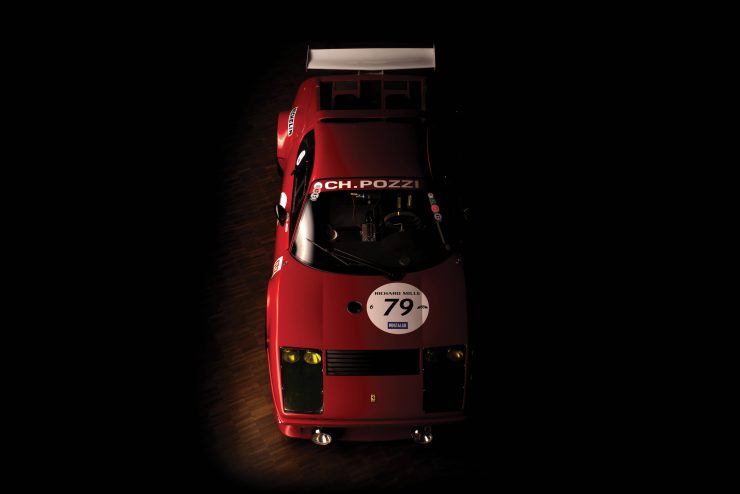 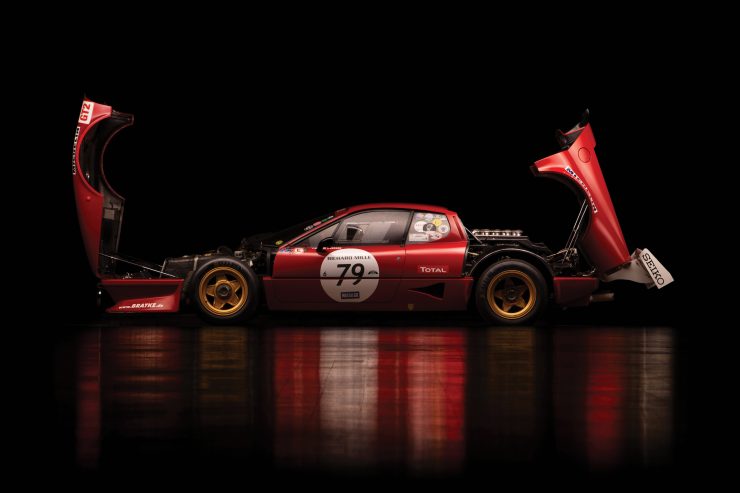 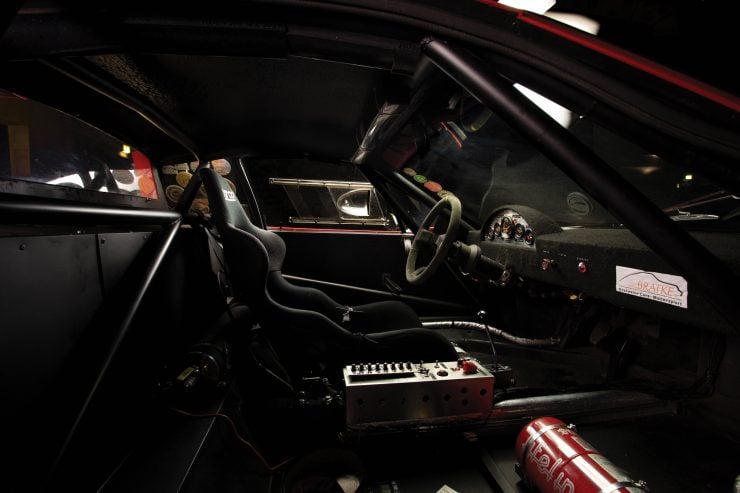 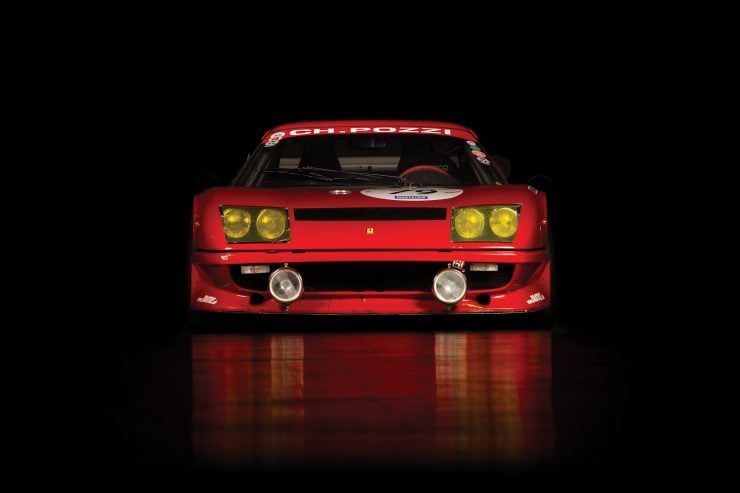 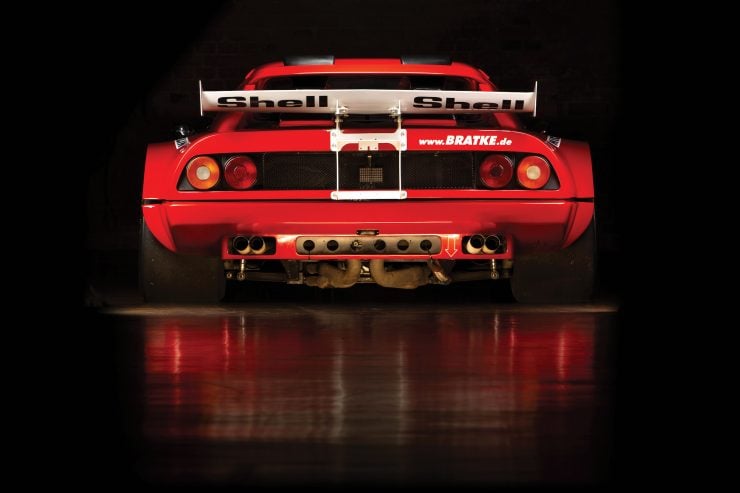 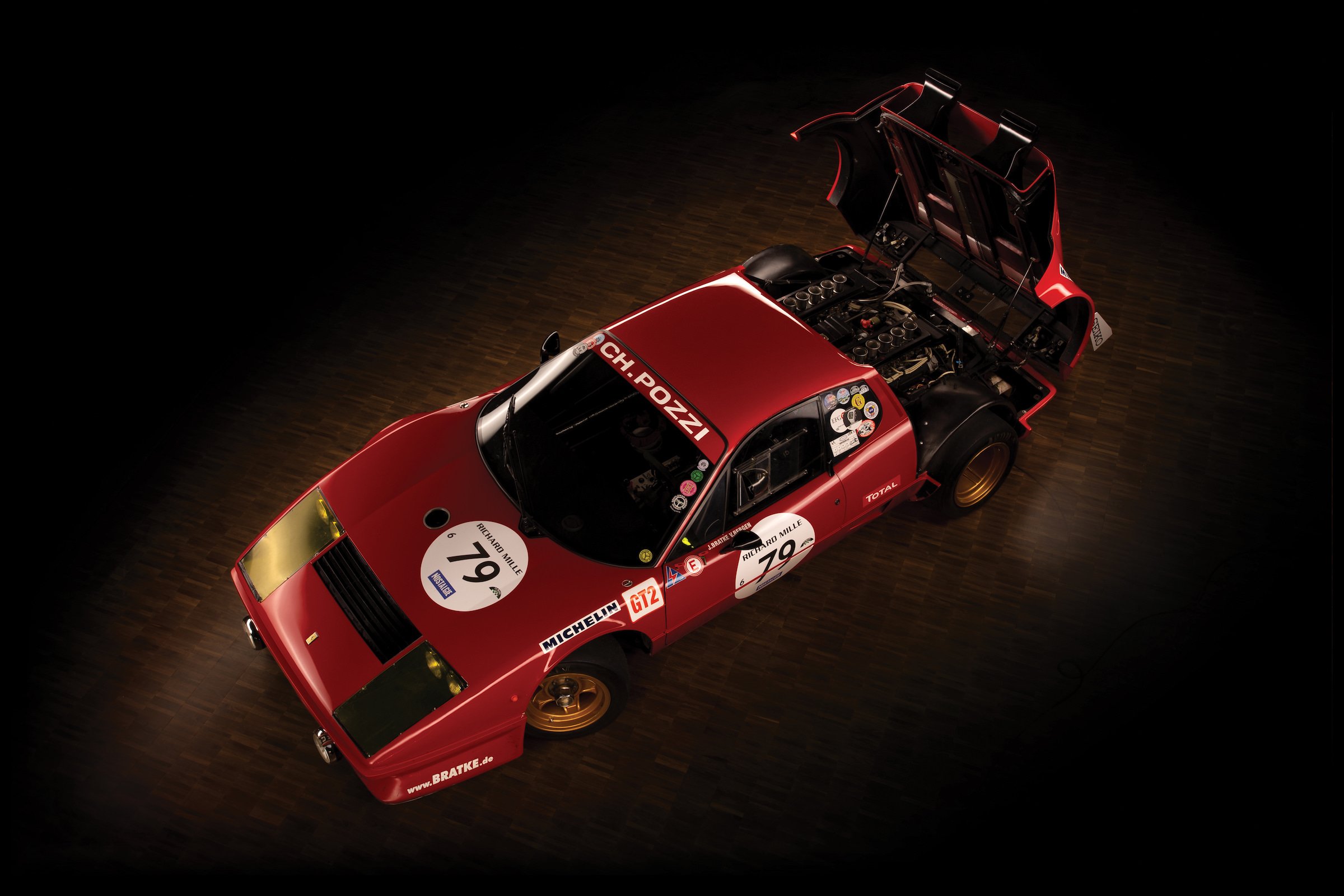