Ferrari’s Colombo V12 is one of the most famous engines in history, it was developed by Italian engineer Gioacchino Colombo for Enzo Ferrari in the late 1940s and it was originally built in 1.5 liter form.

Over the course of its 1947 to 1988 production run the Colombo V12 would be used in Ferrari Formula 1 cars, Ferrari production cars, and Ferrari sports racing cars including both the 250 TR “Testa Rossa” racing car and the Ferrari 250 GTO. 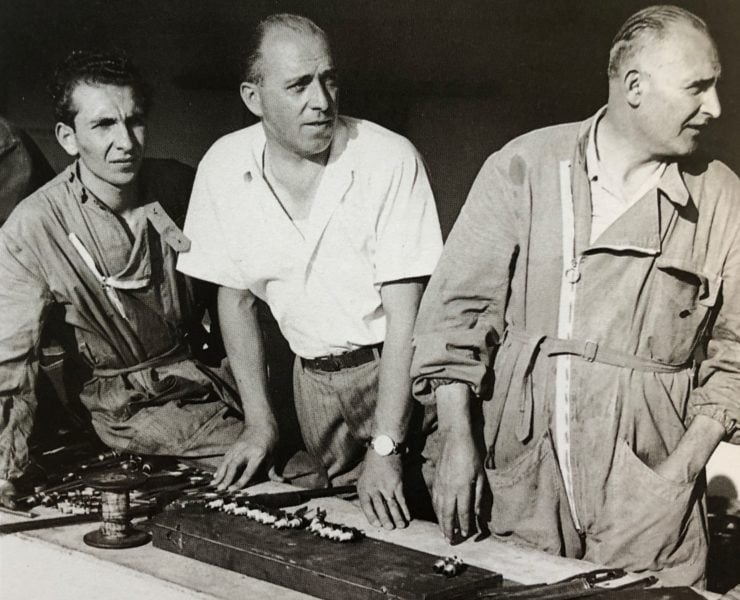 The displacement would increase from the original 1.5 liters all the way up to 4.8 liters, and the engine is today remembered as almost certainly the single most important Ferrari engine of all time.

By the standards of the 1940s, when it was first designed, the Ferrari Colombo V12 was an advanced engine. It was designed to be lightweight with an alloy block and heads, it had a single overhead cam per bank which increased to two cams in some applications by the 1950s.

The sheer variety of cars that various iterations of the Colombo V12 were fitted too was probably unique in automotive history, the engine powered everything from Formula 1 cars and Le Mans winners to 1980s-era GT cars like the Ferrari 412 and all manner of other cars in-between.

As noted further up, the Colombo V12 you see here was originally fitted to a Ferrari 250 GTE in the early 1960s. The GTE was the slightly longer wheelbase car in the 250 GT series that was originally conceived because Enzo Ferrari needed a car that could accommodate himself, his driver, his wife, and their pet dog. 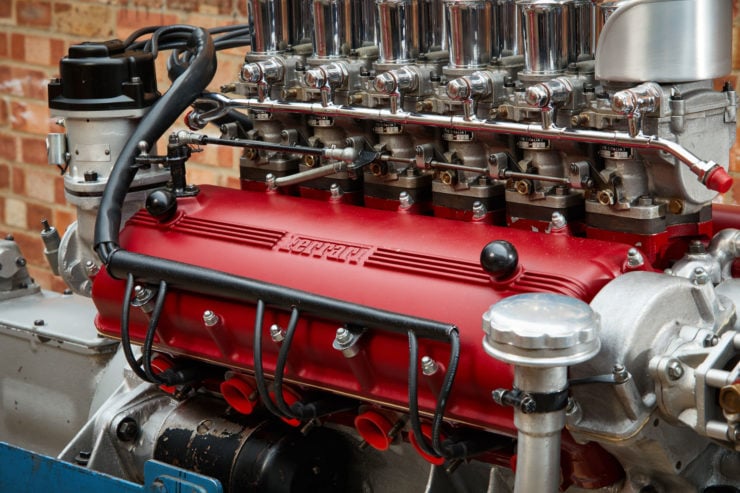 This engine has been upgraded to partial 250 Testa Rossa specification, including uprated heads, red cam covers, and correct-style carburetors.

Although 250 GTE prices are now rising, in years past the model has often been seen as less sporting and therefore less desirable. As a result many were converted into 250 GTO replicas, and some were stripped for parts or to swap their engines into more collectible Ferraris.

This engine was pulled from the GTE it came in to be fitted to a Ferrari 500 TRC after its original four-cylinder engine was lost in Cuba in the 1950s. Before installation the engine was upgraded to partial 250 Testa Rossa specification, including uprated heads, red cam covers, and correct-style carburetors. 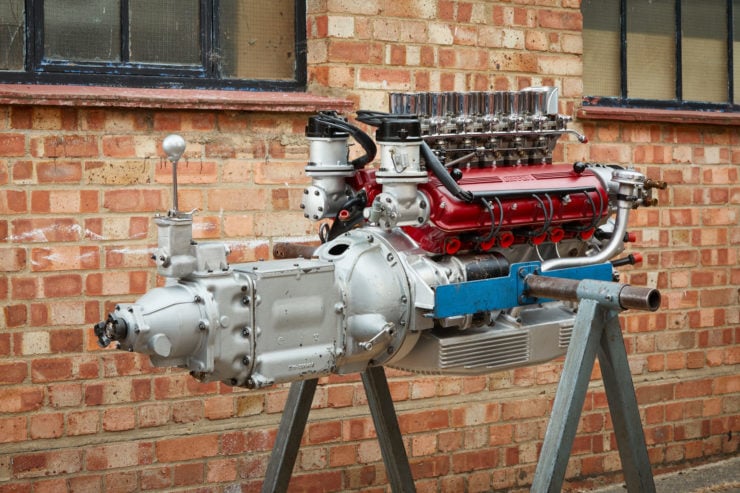 The Colombo V12 design was modified significantly over its 41 year production run, early versions were just 1.5 liters and later examples would have displacements of 4.8 liters.

The Ferrari 500 TRC has now been given a period-correct four-cylinder engine and so this Colombo V12 is now looking for a new home. 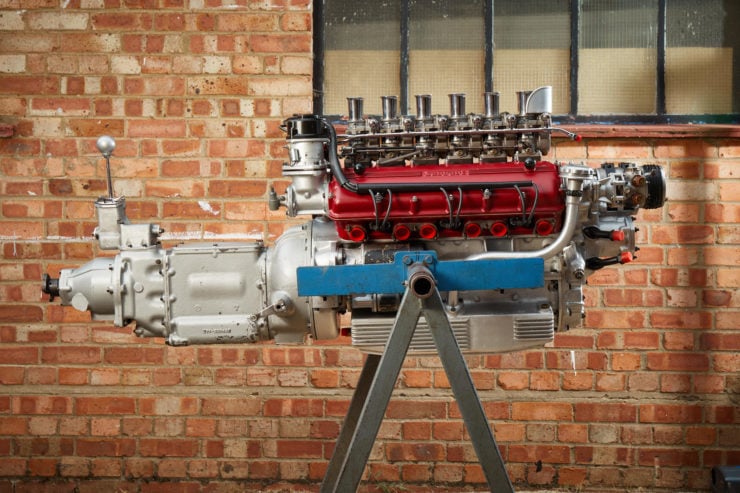 It’s fitted with a 4-speed Ferrari 250 GT Lusso gearbox that comes with a gated-shifter. 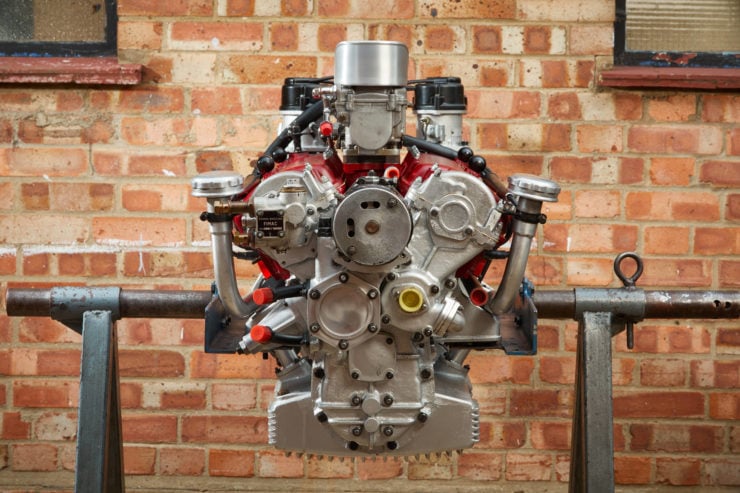 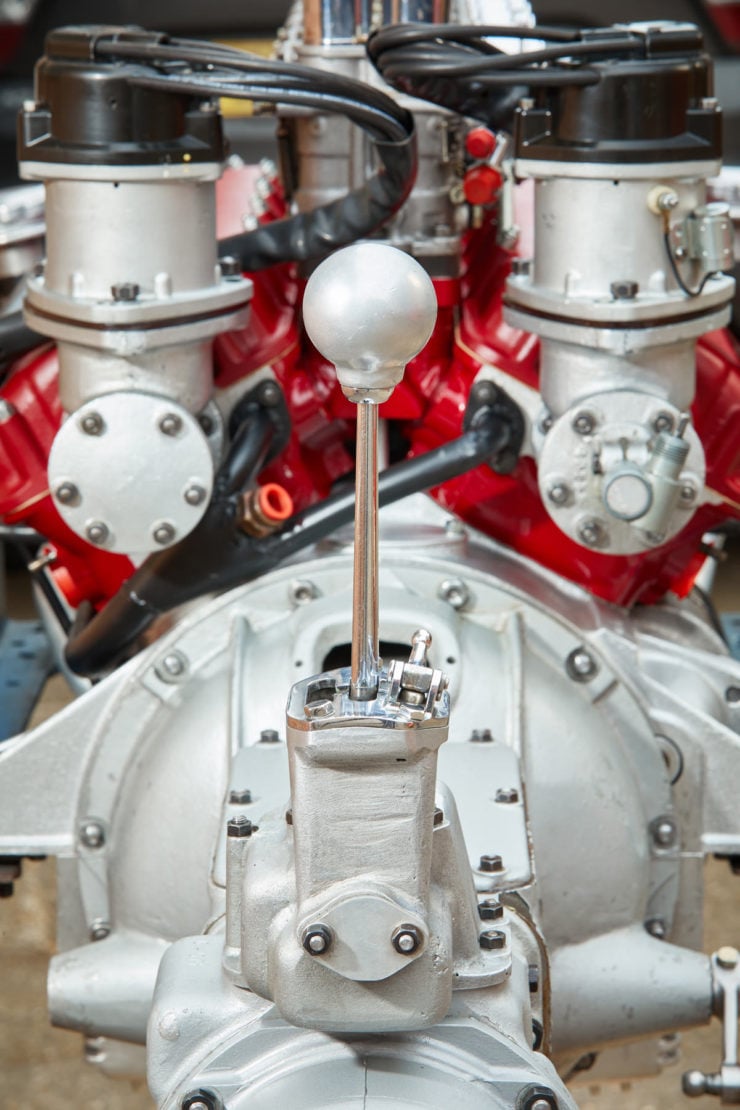 All images copyright and courtesy of Gooding & Company. Photos by Matt Howell.