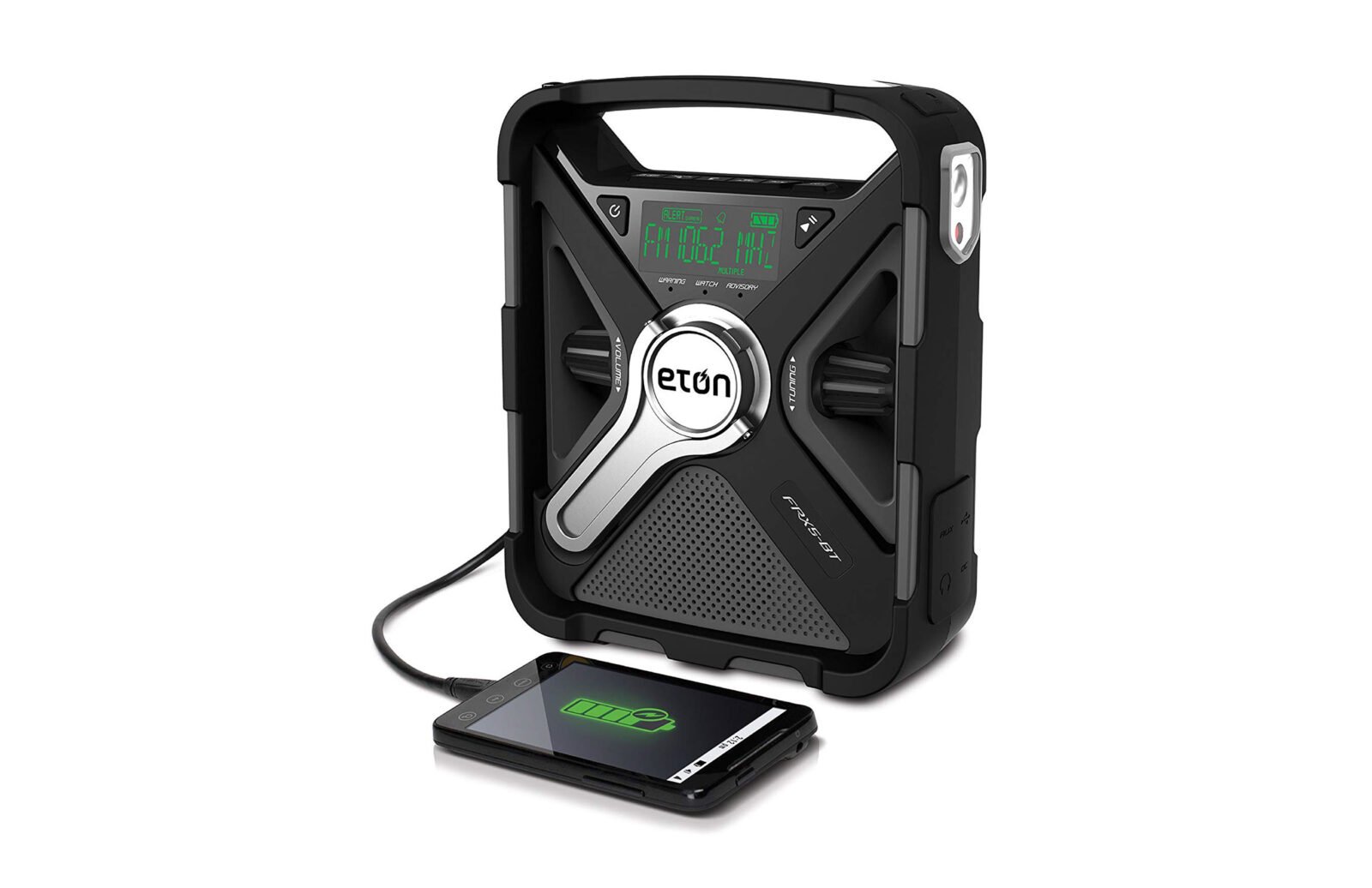 The Eton FRX5-BT is an emergency survival radio that can be powered by batteries, or by the front-mounted hand-crank if the batteries run out before the crisis is over.

With AM/FM/NOAA Weather Band as well as S.A.M.E. and NOAA Weather alerts, the Eton FRX5-BT is designed for use during a multitude of disaster situations including hurricanes, tornadoes, forest fires, earthquakes, and storms. That said, it’s also commonly used by campers and hikers due to its versatility.

Of course it’d be a very handy thing to have during disease outbreaks (and zombie apocalypses) too, as it would allow you to stay tuned into the radio indefinitely, and to keep smartphones and other USB devices like GPS units charged even when the mains power has been out for days or weeks.

Each Eton FRX5-BT has a built-in 2000 mAh rechargeable lithium battery and it’s both drop proof (from 3.3 ft) and splash proof. It has built-in Bluetooth allowing you to stream music and podcasts, there are two built-in LED flashlights, a red emergency beacon light, a digital tuner and display, a 5v 2.1A USB output, high-efficiency solar panel charging, and a front mounted hand crank.

The crank folds out of the center, and it turns a small dynamo to generate power as long as your arm strength holds out. With an MSRP of $49.88 USD the Eton FRX5-BT is a good and relatively inexpensive addition to the bugout bag. Just in case those zombies make an appearance. 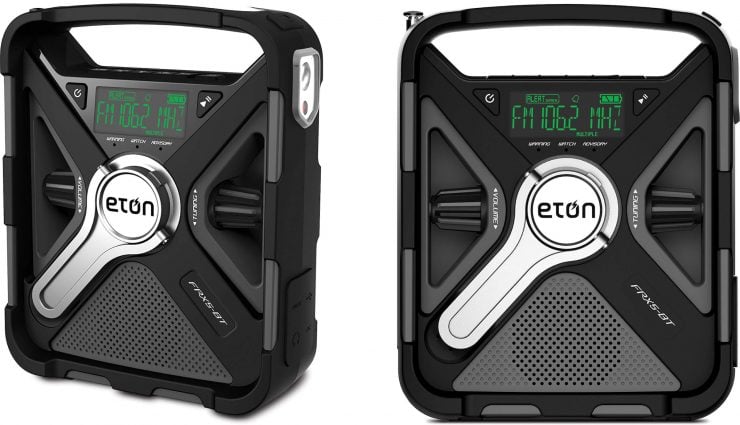 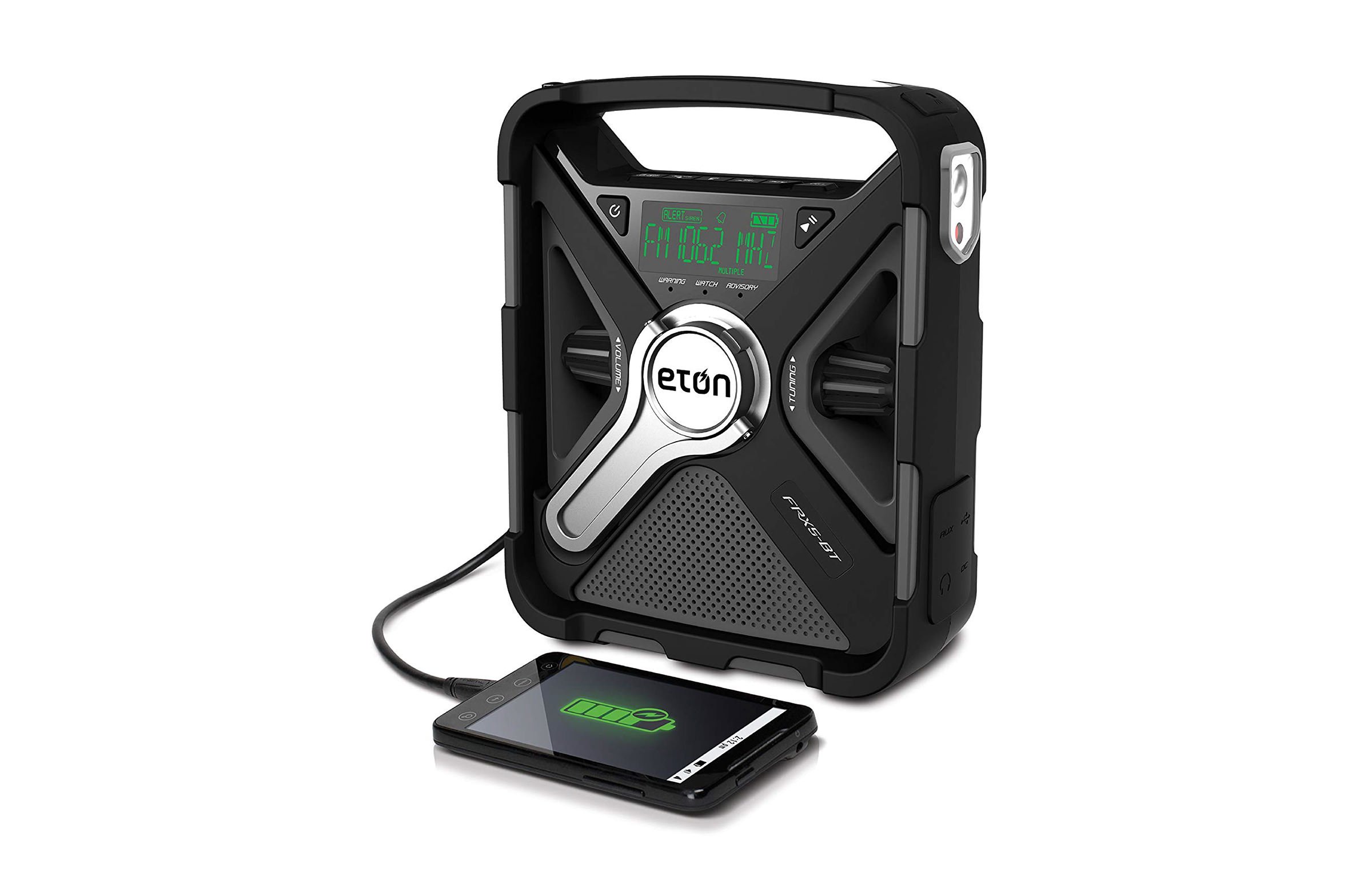