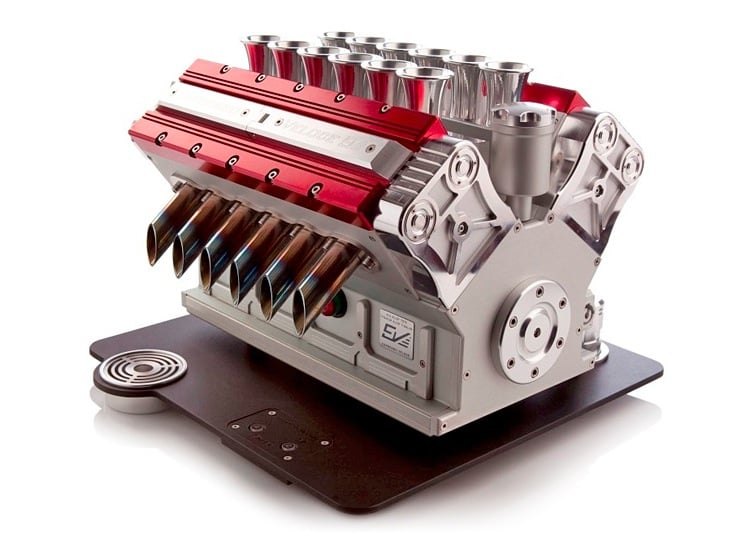 Espresso machines are often beautiful – the hissing, bubbling, steam-punk coffee makers found across Italy and in many of the better coffee houses of Europe often take up pride of place on the bar, alongside caffeine fuelled men staring wistfully into half consumed macchiatos.

This espresso machine, dubbed the Espresso Veloce V12, is one of the most beautiful I’ve ever seen. Only 500 of them will be made with each being crafted from magnesium, titanium and aluminium. The V12 layout is stunning as is the use of exhaust pipes as espresso pipes, the price has not yet been released but you can expect it to make your eyes water, your wallet tremble and your credit card commit seppuku.