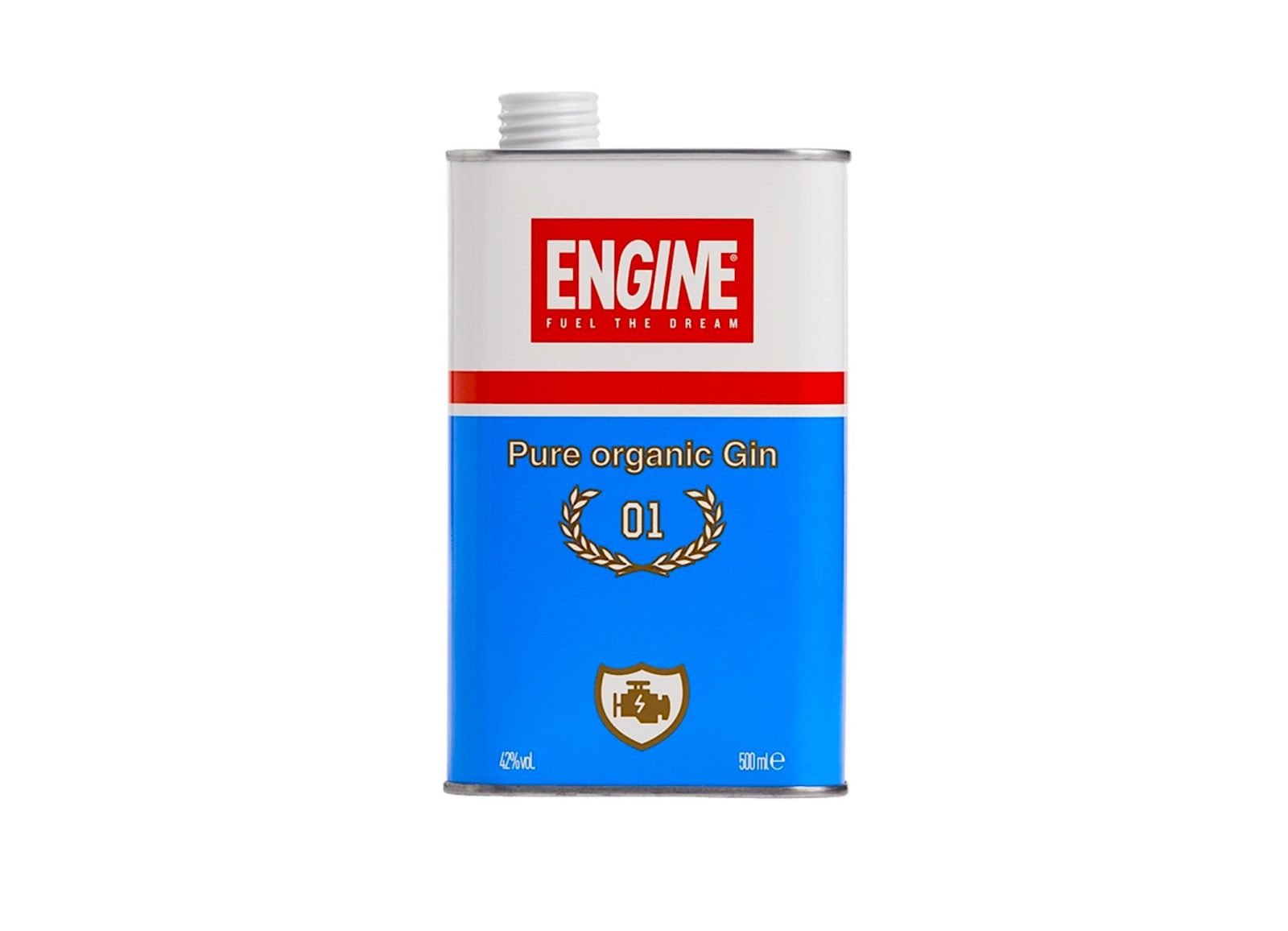 Engine is a unique take on the concept of a London dry gin, it’s made in northwestern Italy not far from Turin, and its recipe pays tribute to Italian and Piedmont tradition, containing rosolios, cordials, and liquors made from sage and lemon – ancient digestive remedies.

The decision to package this new Italian gin in a container inspired by motor oil was directly inspired by the long history of automotive innovation in Turin and its surrounds.

This small part of Italy up near the French border has been home to Alfa Romeo, Abarth, Bertone, Cisitalia, Lancia, Fiat, Pininfarina, Siata, and Iveco to name but a few. 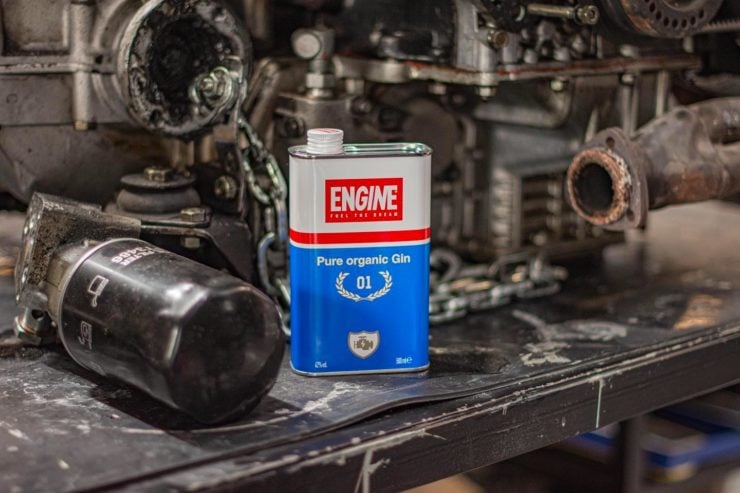 This gin will look perfectly at home in your garage, workshop, or shed – just don’t mistake it for the 80W90 and pour it into your gearbox.

Though the exact ingredients are clouded in mystery, as with most high-end gins, we do know that Engine contains Alta Langa sage, lemon from the Amalfi Coast, liquorice root from Calabria, Damask rose, Italian spring water, essential oils, and of course, juniper berries.

Engine was designed to be consumed neat, on the rocks, or with tonic. It also makes a popular base for gin cocktails.

The good news is that Engine is available to buy online, but availability is somewhat dependent on your location as they can’t ship to some countries and regions. 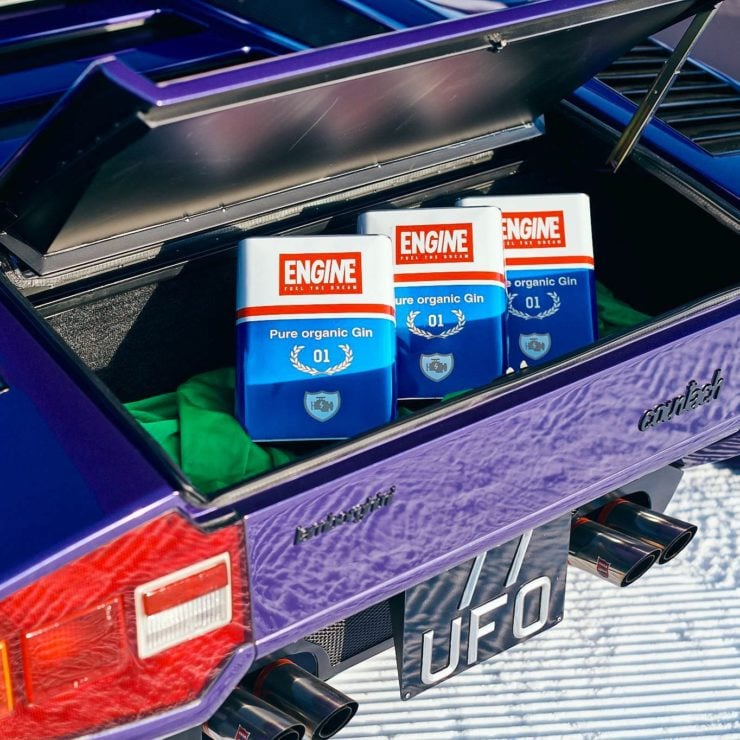 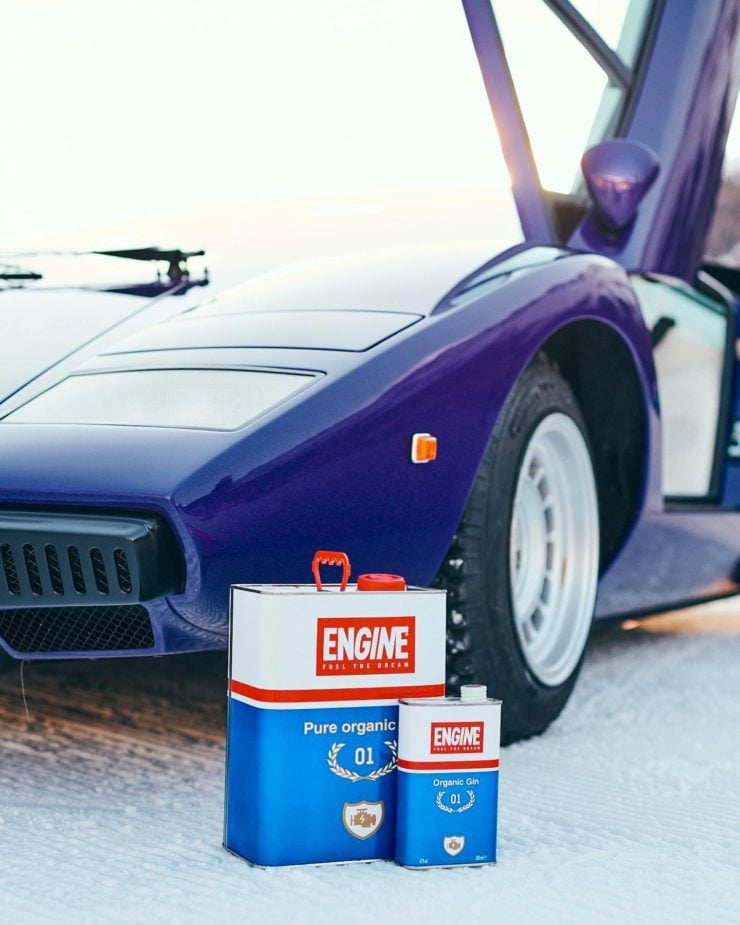 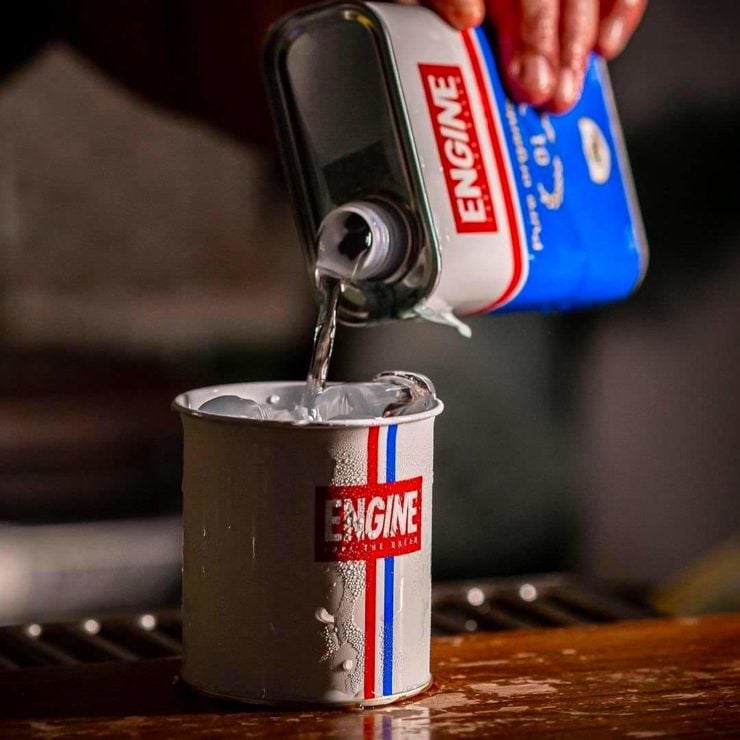 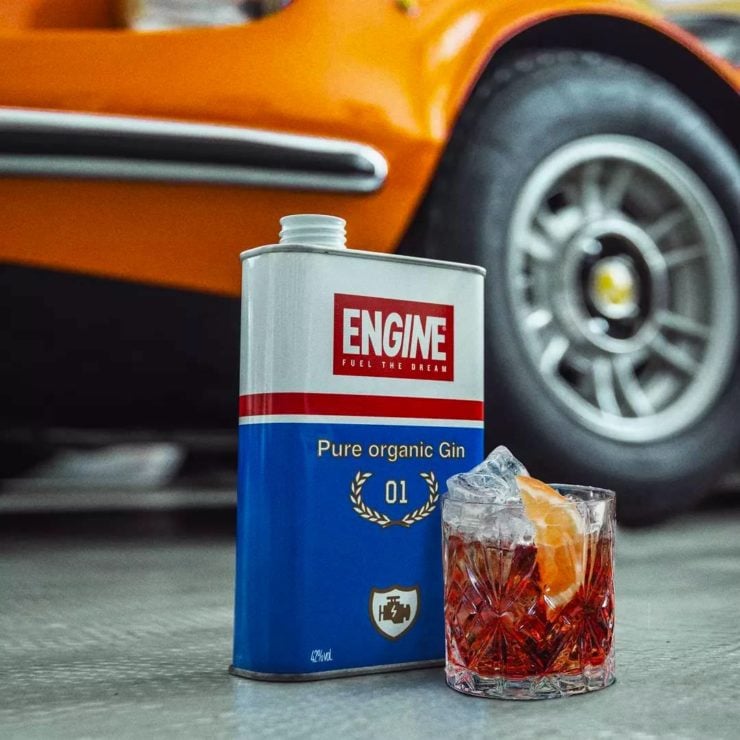 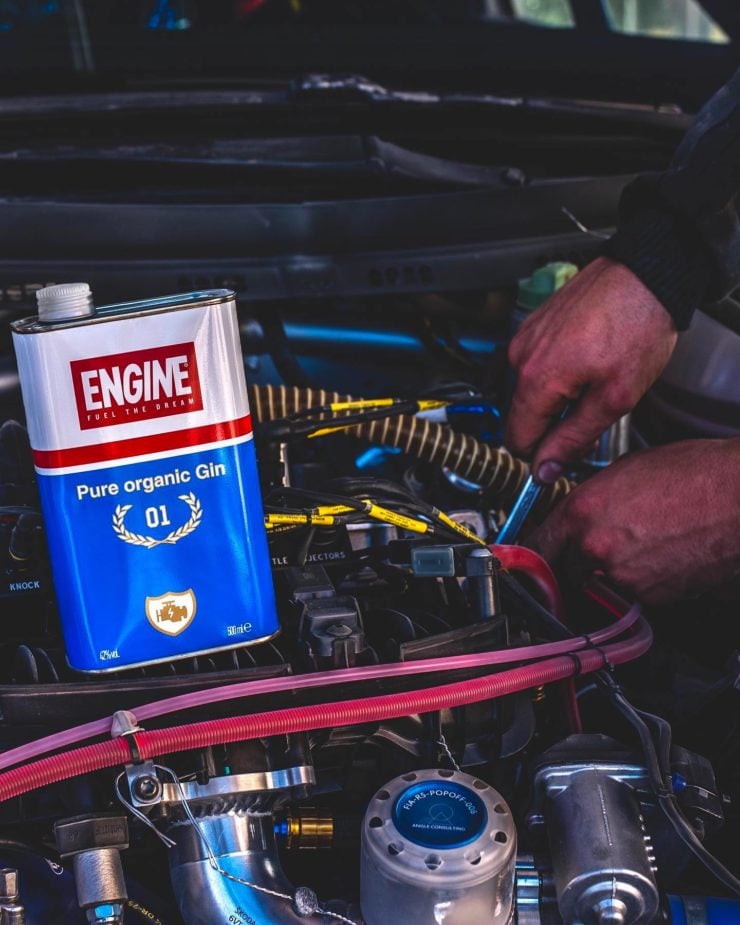 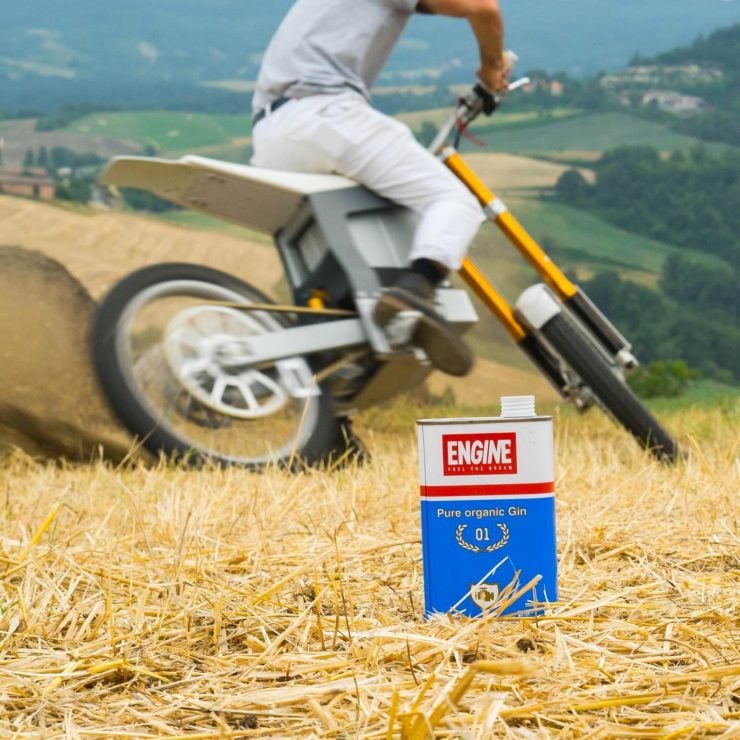 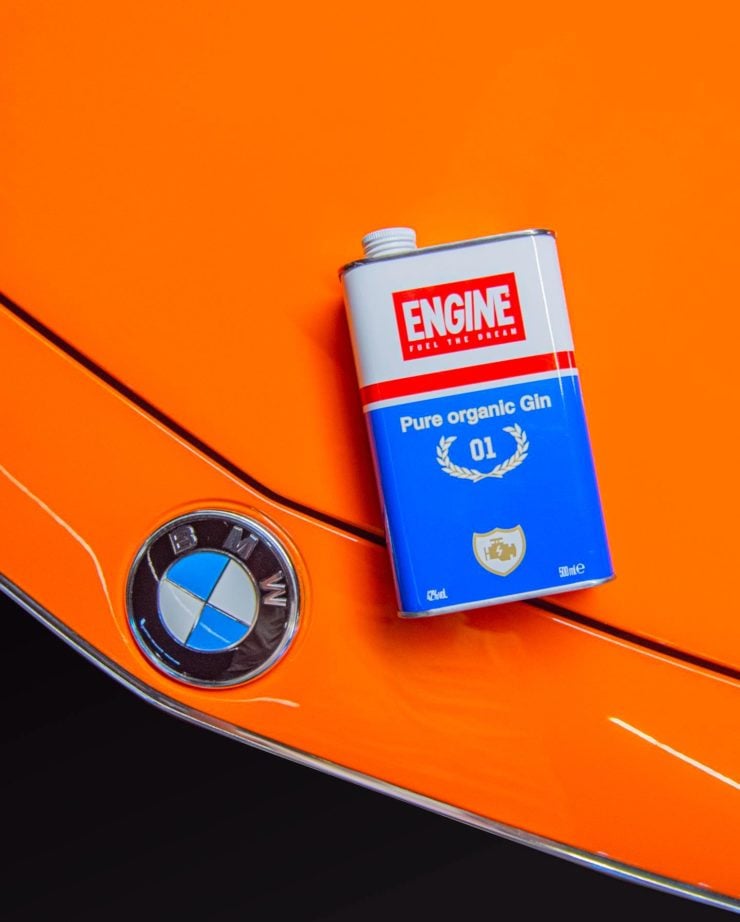 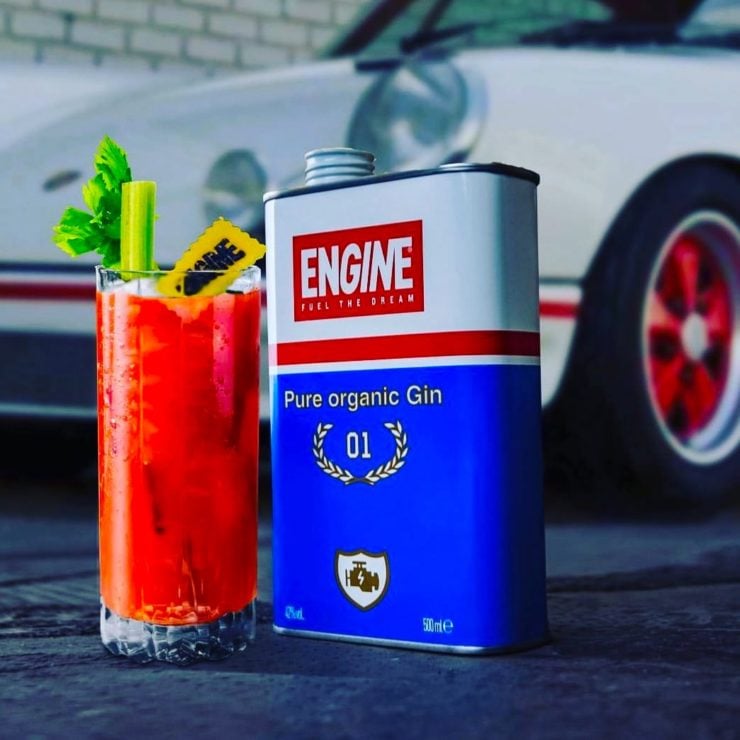 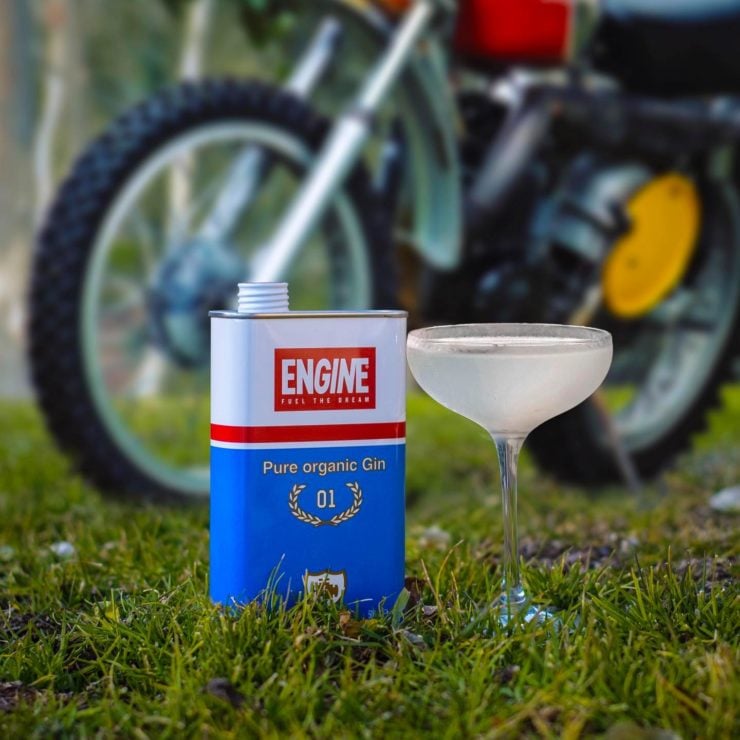 This is the new CyclusMoto motorcycle helmet hanger, each is handmade with a stained 4.5 inch mahogany ball, steel piping, and a matching wood…