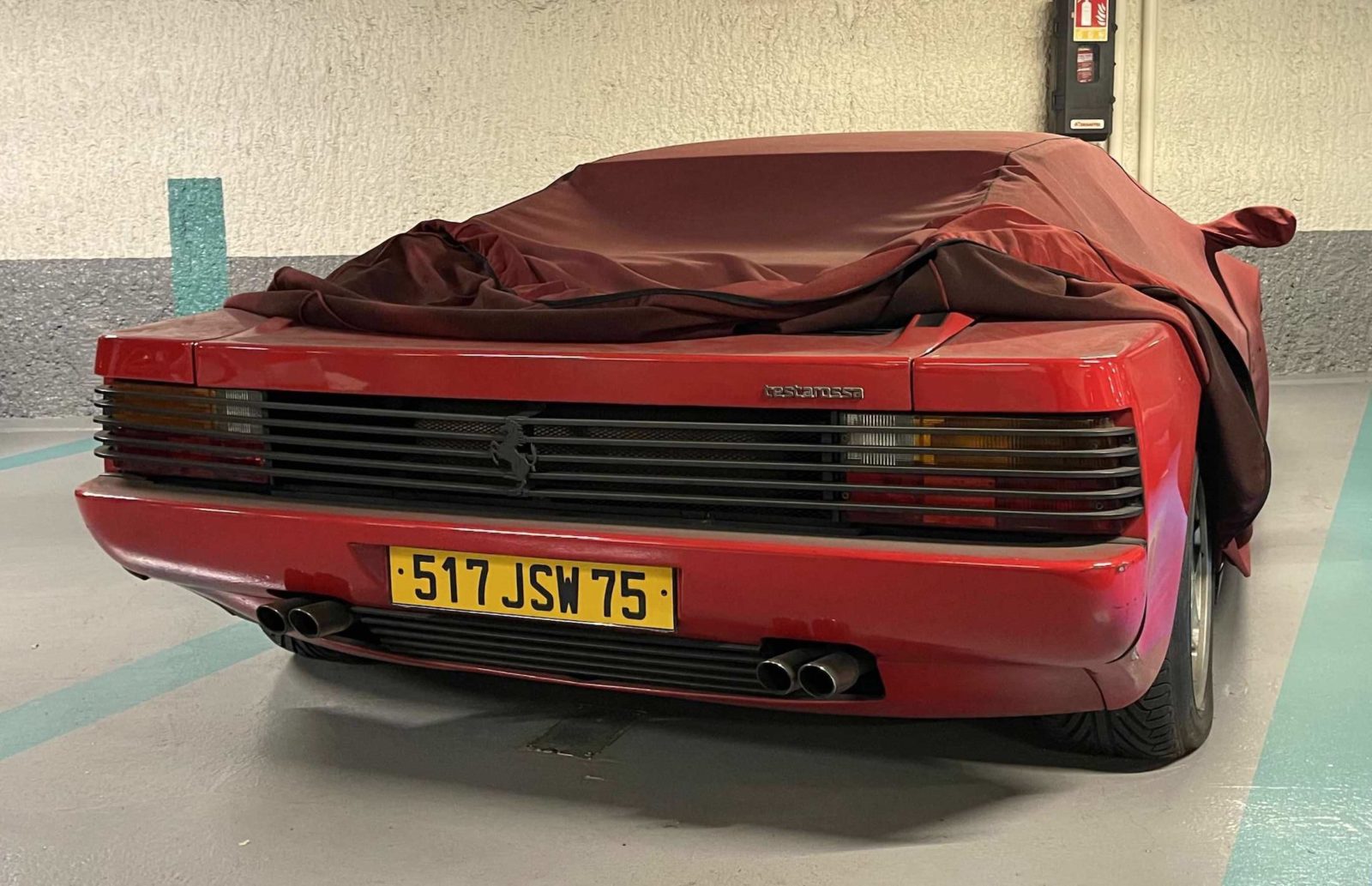 This 1989 Ferrari Testarossa was left abandoned and unused in a parking lot by its former owner, remaining under a cover for over 20 years after having accumulated just over 22,000 km since new.

Tragically the owner died back in 2012 before having a chance to drive the car again, his family left it in the parking garage for a further decade, and they’ve now decided to offer it for public sale at the Artcurial Le Mans Classic Sale in early July.

The Supercar The Defined The 1980s

Although some may disagree the Testarossa is probably the supercar that defined the 1980s more than any other. 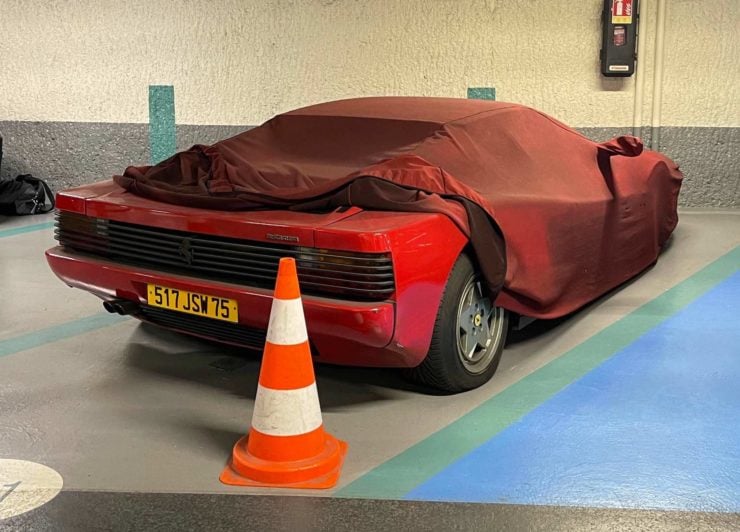 The red cover was pulled up for the purpose of taking some images of the car, otherwise it’s been covered and unused for over 20 years.

Some may point to the Porsche 959, the later versions of the Countach, the Ferrari F40, or the Porsche 930, but the bright red Testarossa with its wide stance, glaring side strakes, and howling flat-12 was something altogether unique.

The design of the Testarossa was developed at Pininfarina by a team consisting of Ian Cameron, Guido Campoli, Diego Ottina, and Emanuele Nicosia all working under the watchful eye of veteran designer Leonardo Fioravanti.

In many respects the Testarossa was developed to answer some of the criticisms leveled at the Ferrari 512 BB. Things like the lack of headroom for taller drivers, the lack of interior room, and the lack of adequate luggage space.

The Testarossa was given an all-new body design that was longer and wider than the 512 BB, with more headroom, more cabin space, and more luggage space in the front trunk. Great attention was paid to aerodynamics, resulting in an aerodynamic drag coefficient of Cd=0.36, notably less than the 0.42 of the Countach.

The car was unveiled at the 1984 Paris Auto Show and it almost immediately became a best-seller for Ferrari, it would be kept in production from 1984 to 1996 with the Testarossa, 512 TR, and F512 M models respectively. 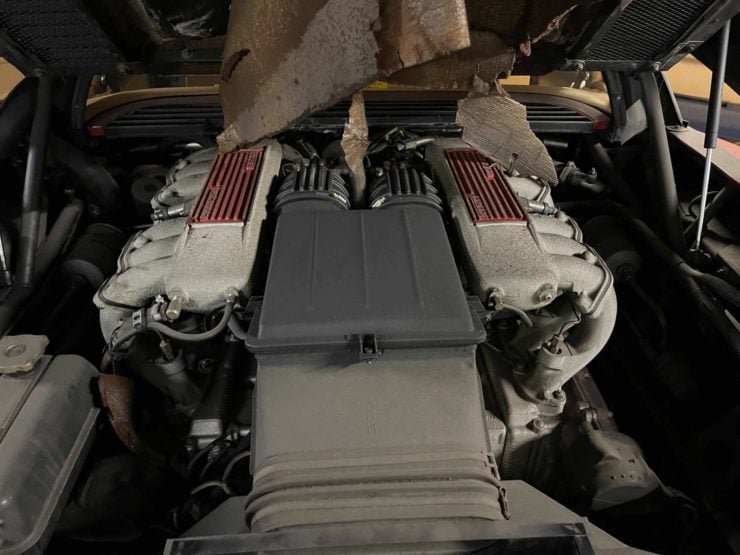 The sound of the Testarossa engine became famous in its own right, it’s a 4.9 liter longitudinally-mounted 180° Ferrari flat-12 engine, with double overhead cams, four valves per cylinder and 385 hp at 6,300 rpm.

Over the course of the production run Ferrari sold almost 10,000 of them, making it one of the company’s best-selling cars up until that point in history.

The car you see here is a 1989 Ferrari Testarossa that has just 22,433 kms on the odometer, or approximately 13,939 miles. The reason for this low mileage is that, as mentioned in the introduction above, the car was left largely abandoned in a parking garage for over 20 years.

The exact reason for this isn’t known, however it is mentioned that the former owner had numerous other cars including a Porsche 911 Speedster that he was particularly fond of. The last time this car was driven was on a road trip to to Saint-Tropez in 2003.

After this the Testarossa was left in a parking bay under its red cover, the owner passed away in 2012 and his family kept the car as it was, finally deciding to part with it this year.

It’s clear that after this lengthy period of storage the car will need a full recommissioning by a specialist Ferrari mechanic, after this the new owner will have an excellent example of a low-mileage Testarossa with an interesting backstory.

Above Video: This is the 1988 episode of MotorWeek covering the Ferrari Testarossa – back when the car was still in production. 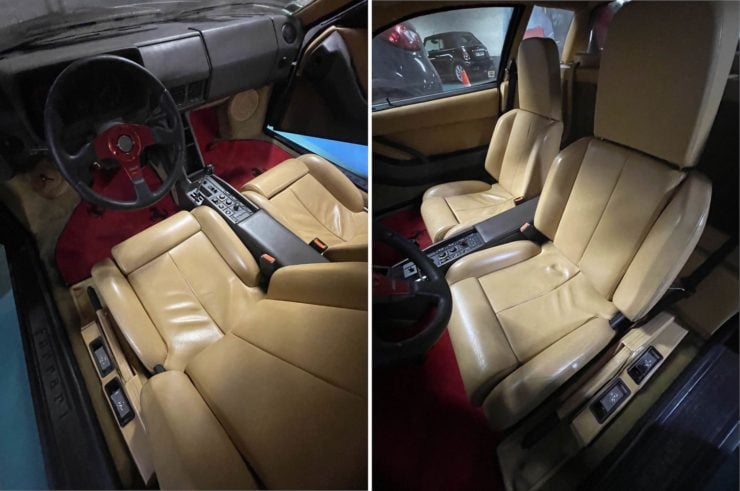 The interior looks largely original with the exception of that aftermarket steering wheel, a new owner may wish to replace it with an OEM unit. 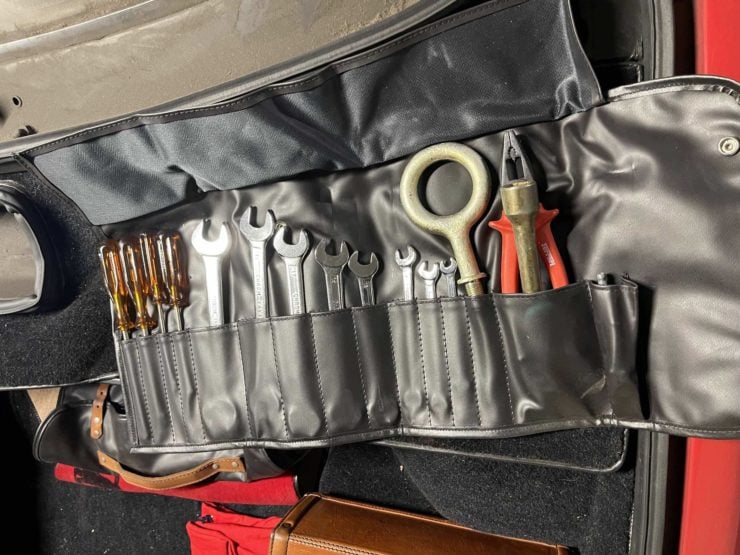 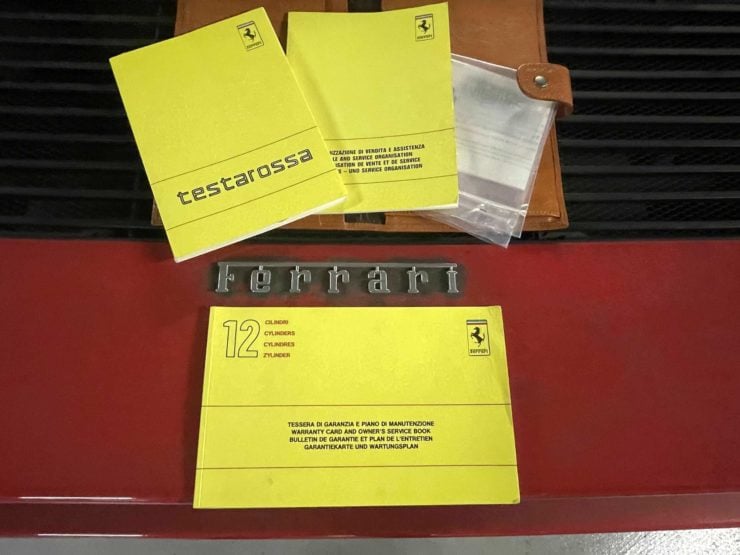 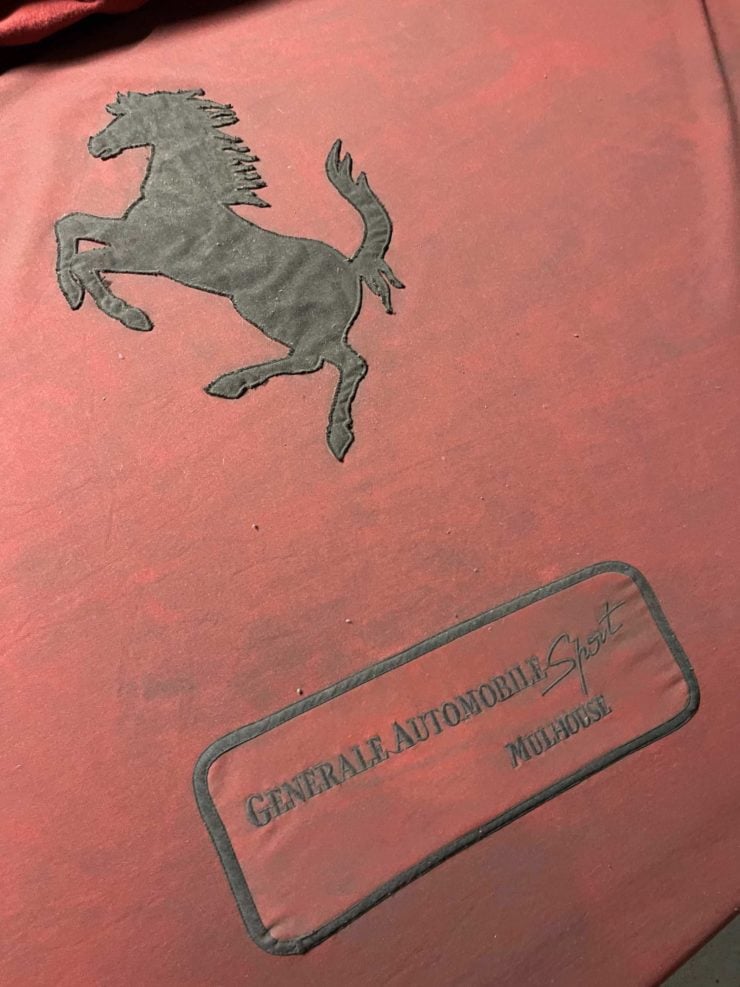 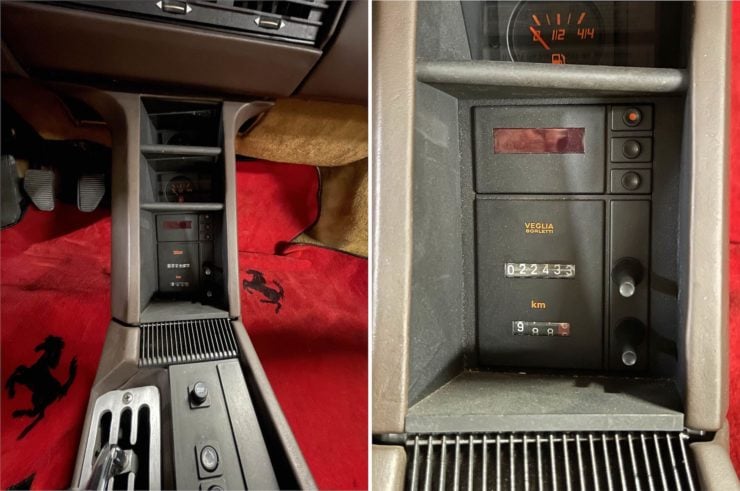 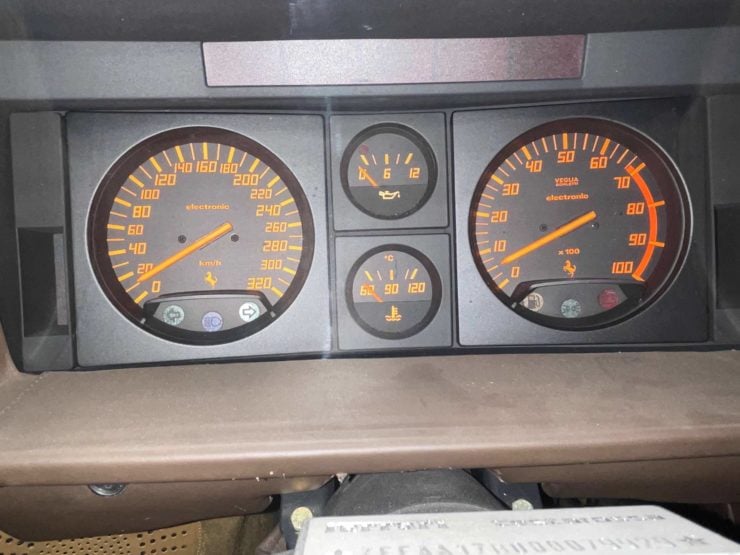 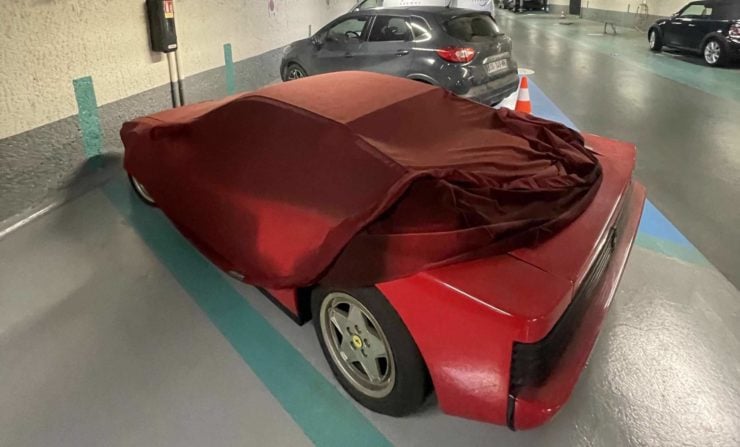 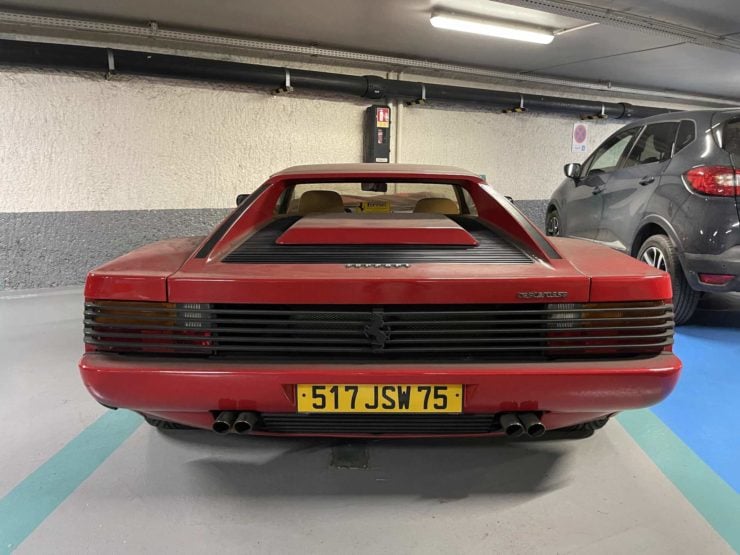 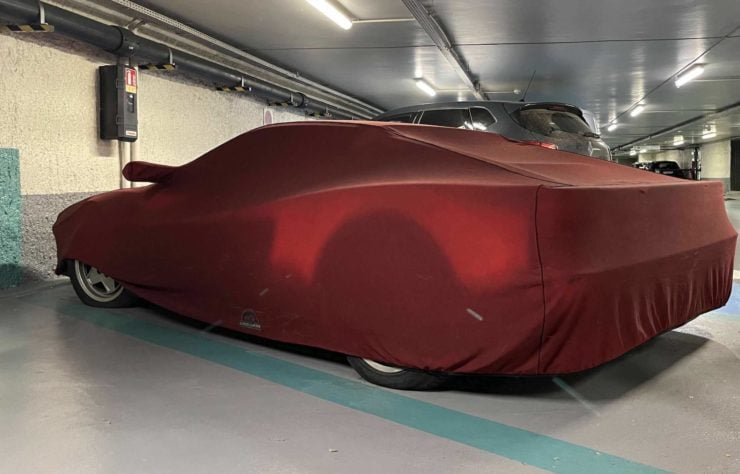