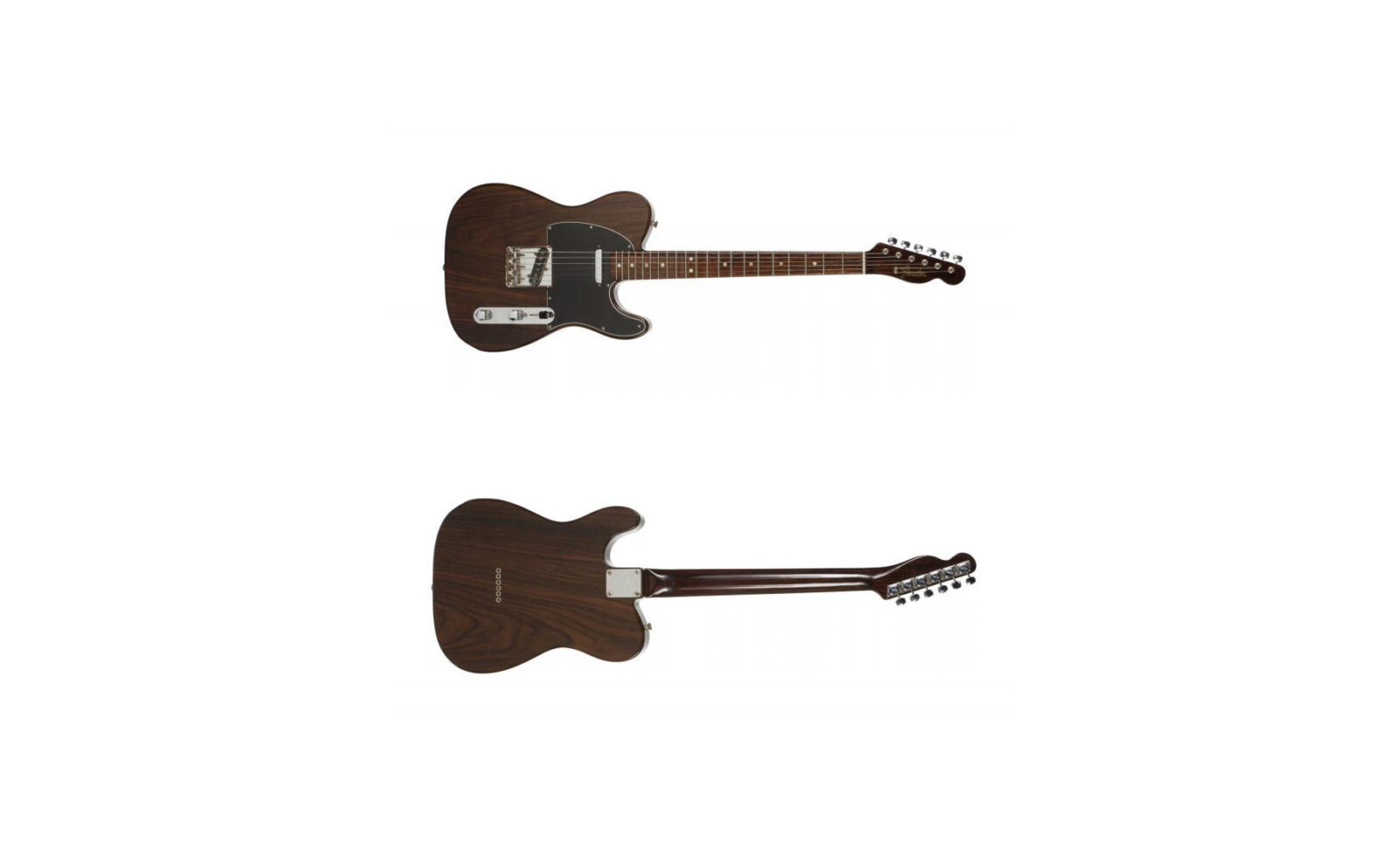 This is the first 1968 Fender Telecaster prototype that was made – only 6 were built in total, this guitar went to Elvis Presley, and the others went to other 1960s rock luminaries including George Harrison and Jimi Hendrix.

George Harrison loved his Telecaster prototype, he famously used it to record Let It Be and Abbey Road, and he played it during The Beatles’ 1969 rooftop concert.

Elvis kept his Telecaster prototype for a few months and used it a number of times, though not in concert. He eventually decided that the Fender was too heavy when compared with his much loved Gibson and Martin guitars. He sent it back to Fender, and it would be sold off into private hands from there, but its ties to Elvis have followed the guitar throughout its life.

The guitar is now due to be auctioned by Julien’s, it’s accompanied by multiple pieces of original documentation including documents from Fender certifying that it is indeed the first Fender Telecaster prototype that was sent to the King of Rock n’ Roll. 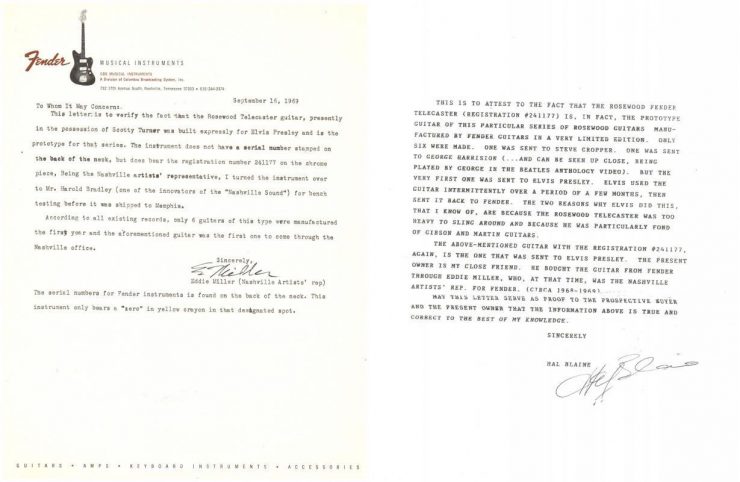 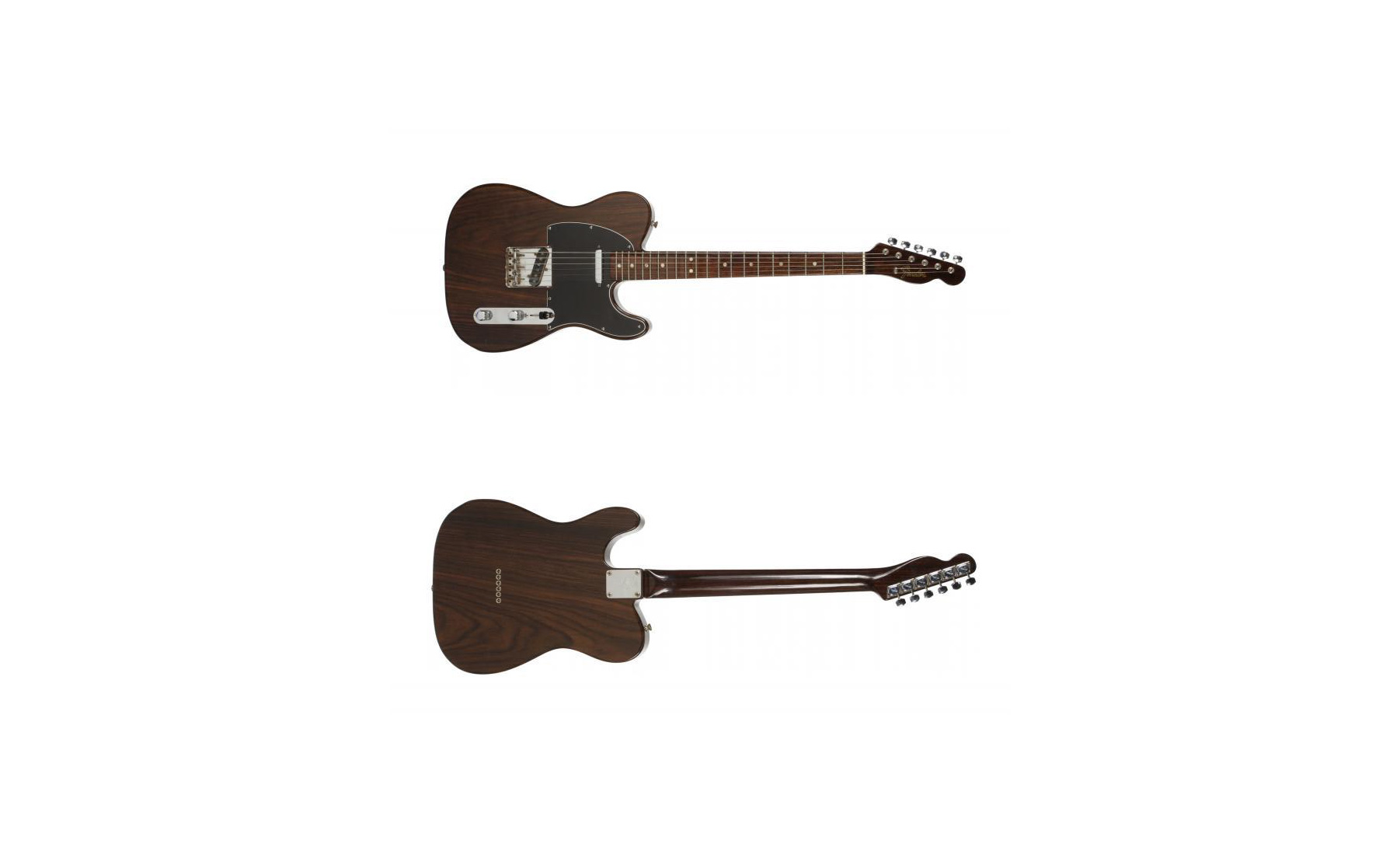