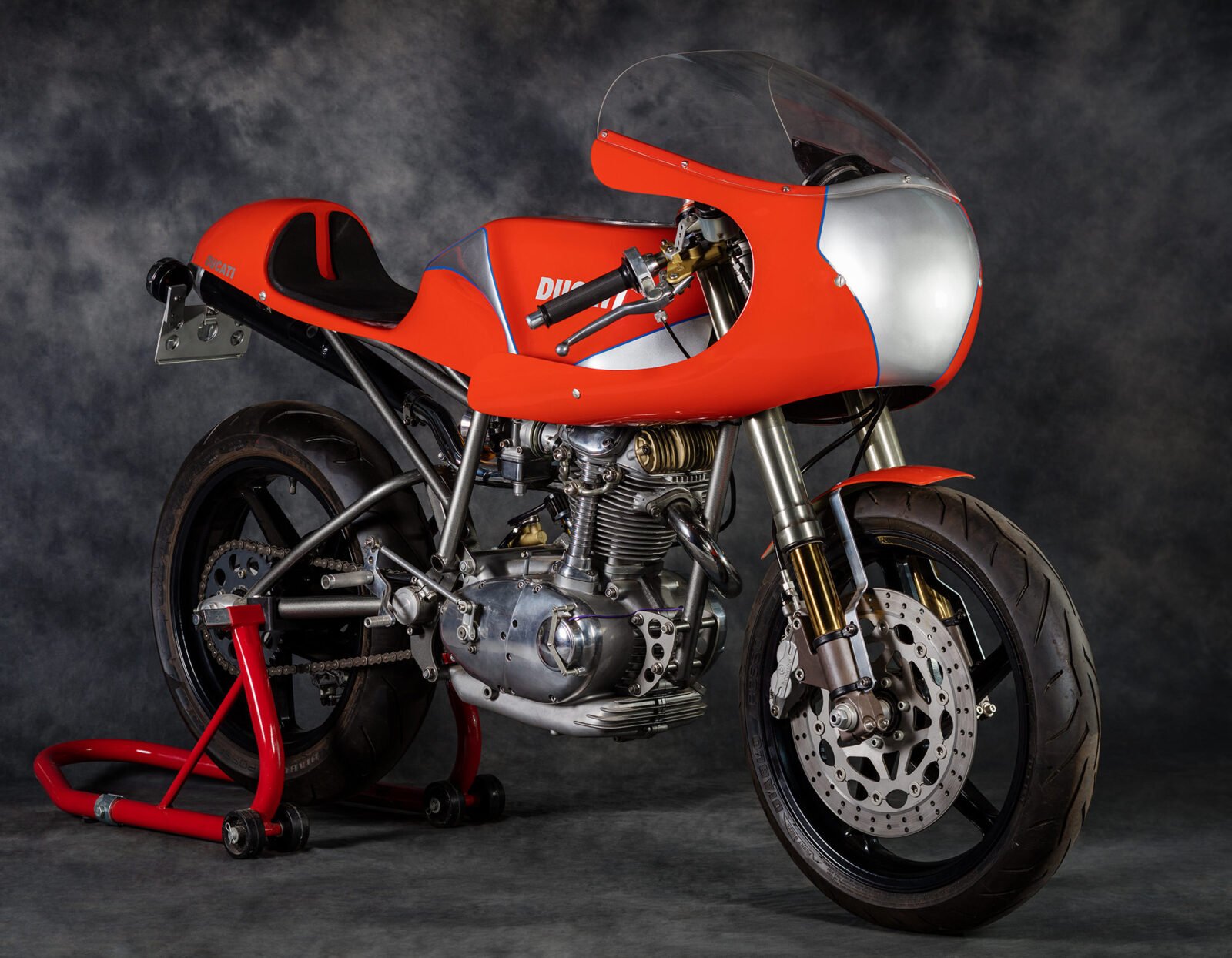 The Condor A350 is a motorcycle built in Switzerland by Condor-Werke AG for the Swiss Military. Rather then building a bespoke engine for the motorcycle it was decided that the single-cylinder from the popular 350 Scrambler would be used. The benefits of this were significant – it was a simple, well-engineered motor with excellent parts availability, and it was far cheaper to order engines and parts than to build their own.

The Ducati engine is a simple affair, it has 2 valves, it’s air-cooled, and it has a bevel gear driven single overhead camshaft. The cylinder head is alloy, and it has a cast iron liner. The total capacity of the engine is a little under 350 at 340.2cc and depending on configuration it would make anything from 8hp to 16.6hp.

By the end of the 1973 to 1978 production run Condor-Werke AG had built 3,000 examples, and they’re now popular collector’s items that often make their way across auction blocks in Europe and the USA.

The Condor A350-based custom you see here started out as a stock Swiss Military bike, but it’s now likely the quickest Condor in the world – albeit one with very few parts of the original bike still in use.

The bike was built by Ducati specialist Tony Hannagan – a globally respected motorcycle builder and the founder of the Australian-based garage BevelTech. Tony has been building quick Ducatis for decades, since long before the current renaissance of two-wheeled customs, and his background as an engineer means that he builds his bikes with fastidious attention to detail.

Tony had the Condor on his farm for years – a friend had bought container loads of them when they were retired from service. After using it for herding sheep and general farm activities he decided to give it new life as an out-and-out race bike – something never envisioned by the original designers.

The project began with a full teardown, the original frame and almost everything other than the engine was tossed onto the scrapheap, and a full engine rebuild was undertaken. The head was ported for better flow, the compression ratio was increased, a new higher-flow carburettor was fitted, alloy timing gears were fitted and the flywheel was removed.

The most impressive part of the new bike is doubtless its new frame, a bespoke chrome-moly unit that uses the engine as a stressed member and stores the fuel reserve in the top tube. The frame is fitted with laser-cut engine mounting plates, the wheels and brakes came from an Aprilia RS125, and the forks are off a Ducati 998 Foggy Replica.

The bodywork is a 3/4 scale version of the classic NCR design with a touch of Aprilia in the seat. The completed bike weighs in at just 98 kilograms (216 lbs) and produces 29hp at the rear wheel – making it quite a marked improvement over the heavy military bike it started out as. 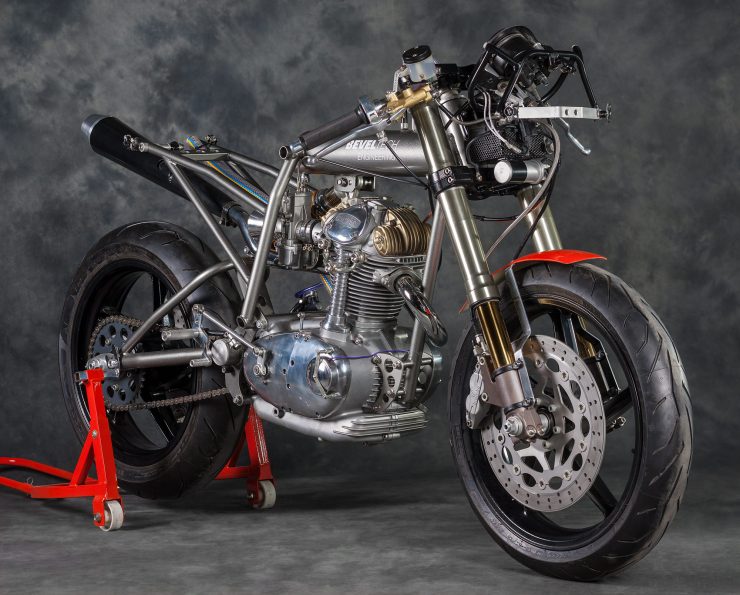 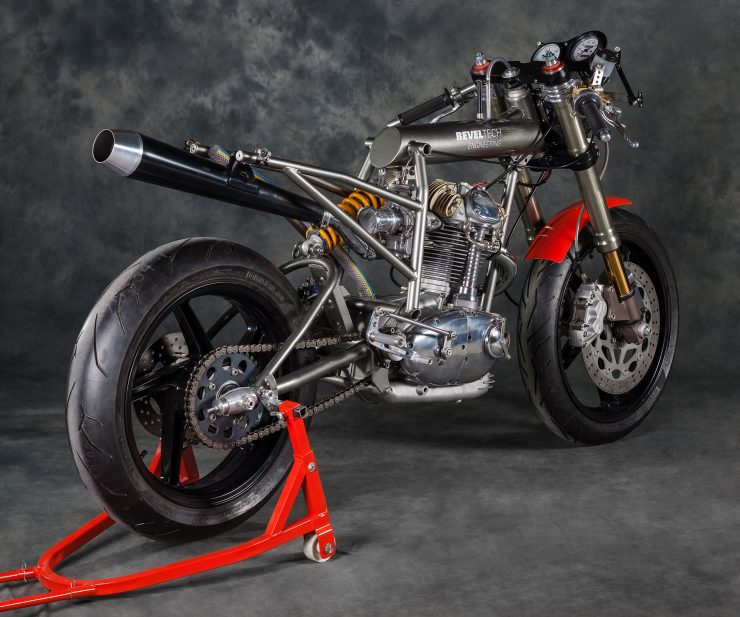 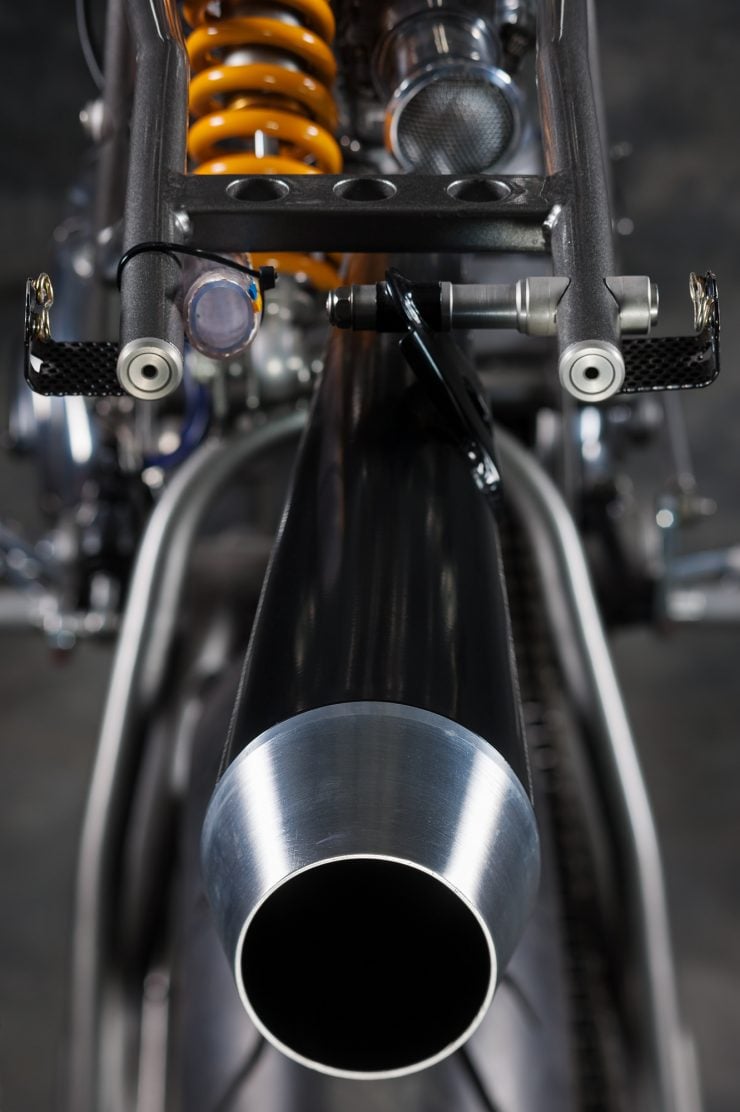 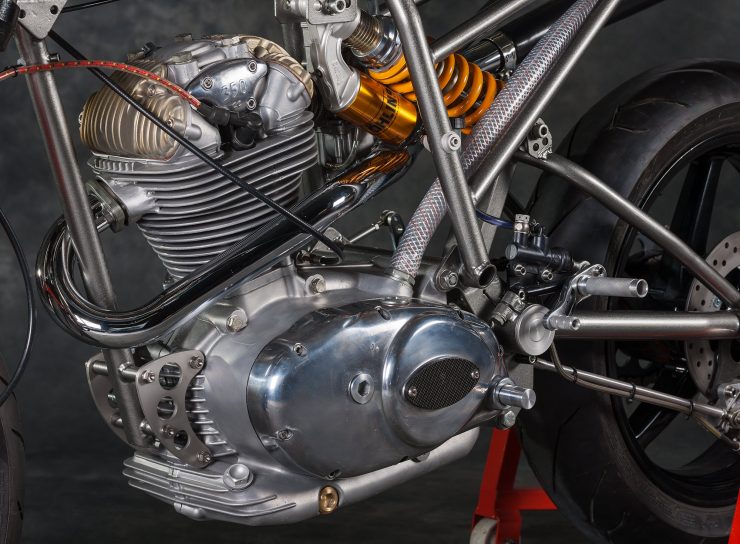 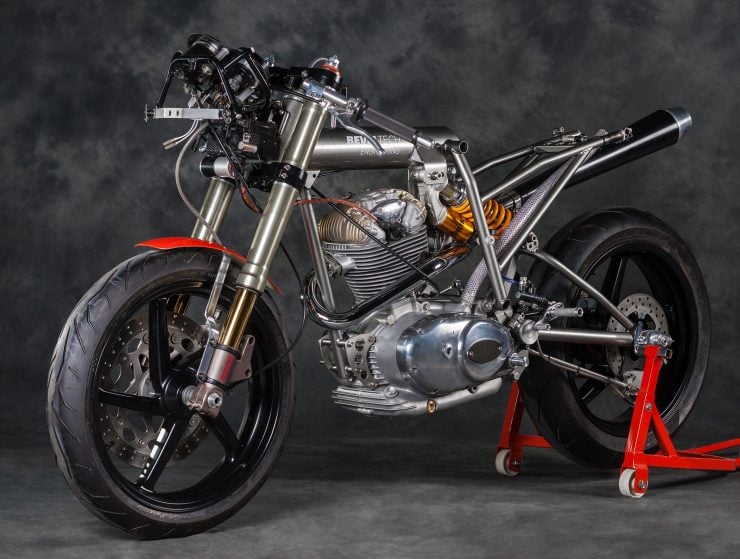 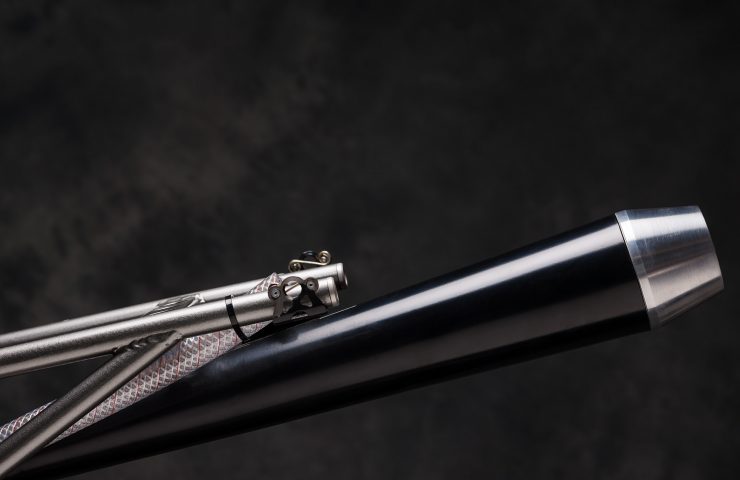 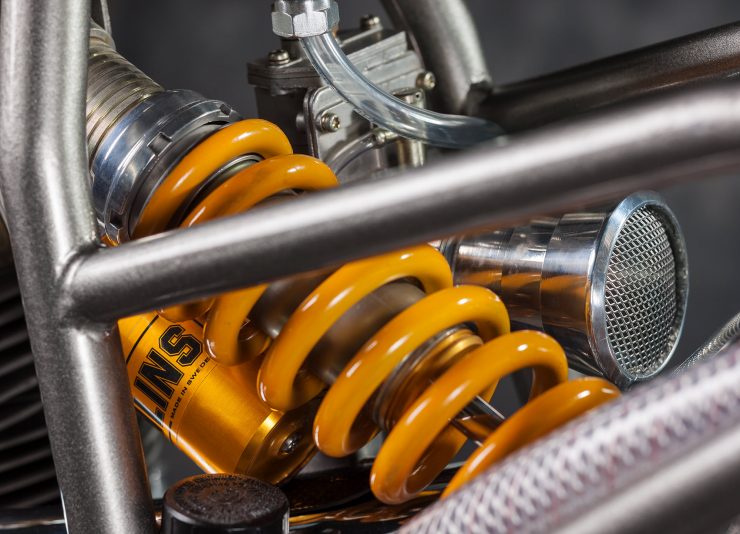 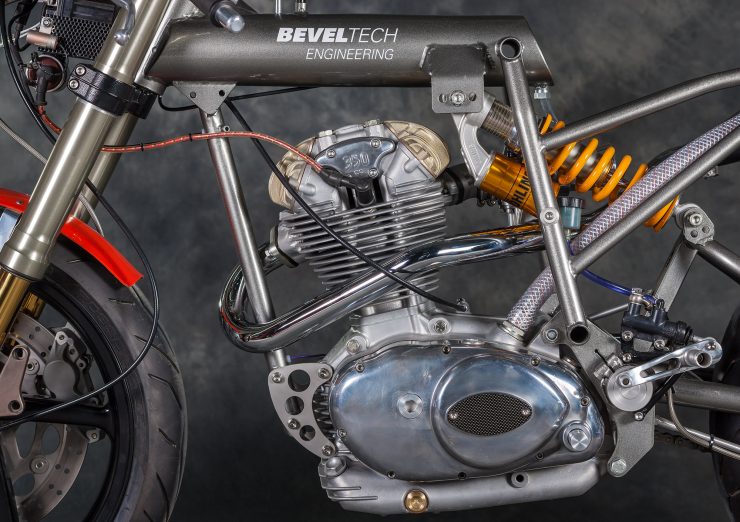 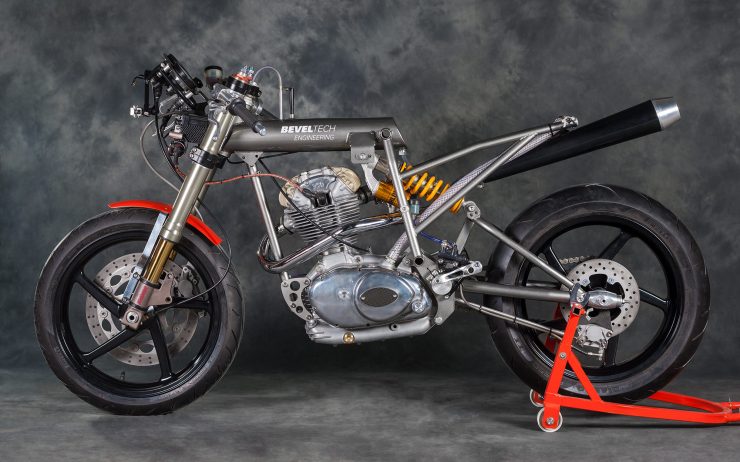 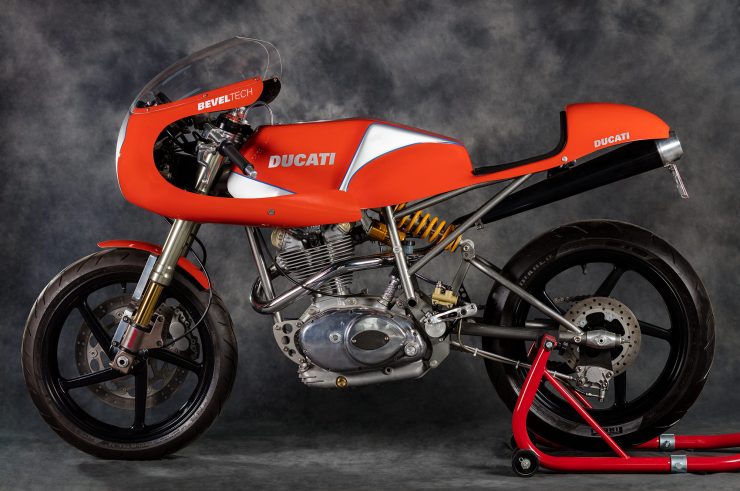 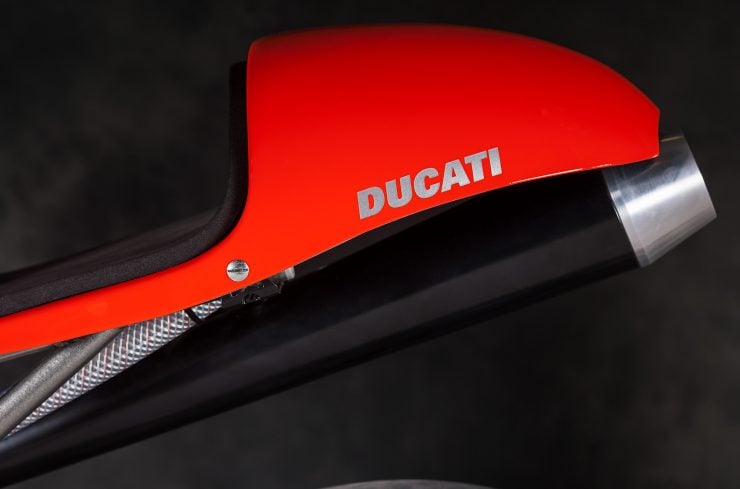 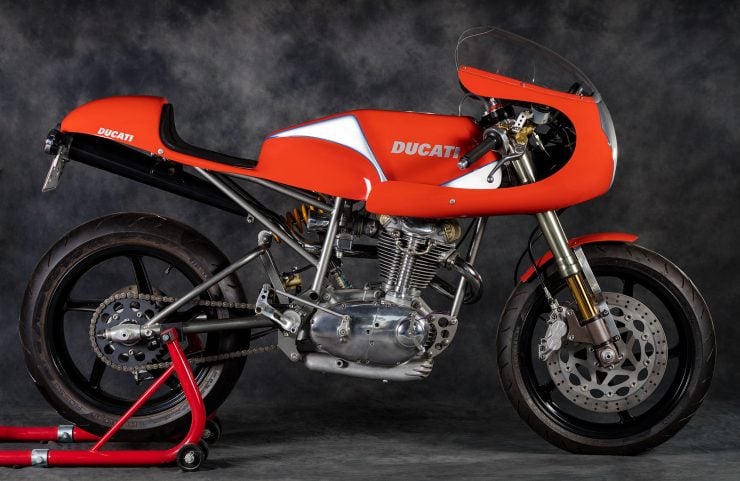 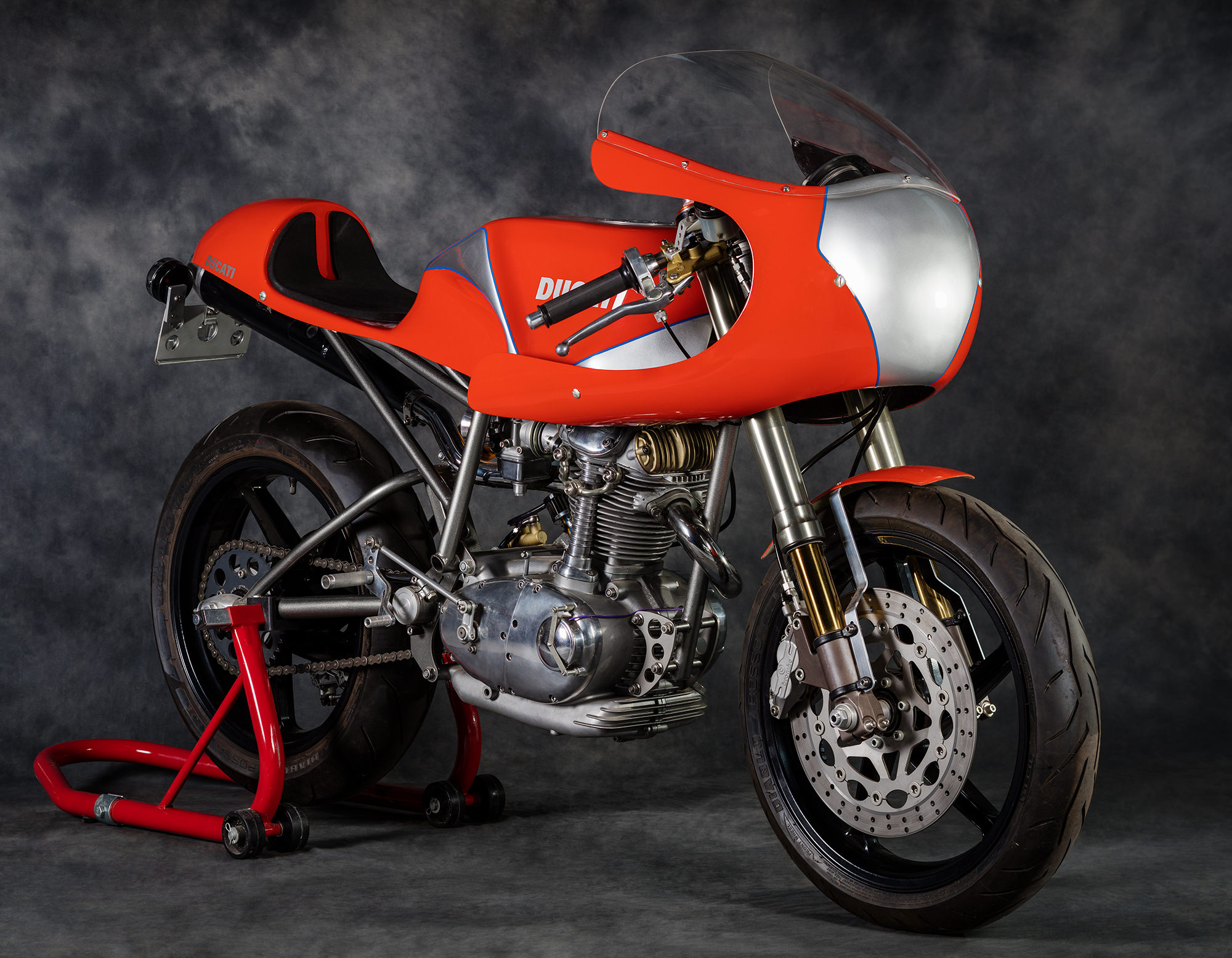