This is an 8.3 liter V10 engine from a Dodge Ram SRT-10, a high-performance pickup truck developed by the American automaker back in the early 2000s with a team made up of Dodge Viper and Plymouth Prowler engineers.

The SRT-10 was fitted with a version of the V10 originally developed for the Viper, this engine was co-developed with Lamborghini and closely based on the pre-existing Chrysler LA V8.

When it was released in 1991 the Viper was one of the most outlandish cars money could buy, with unmistakable styling and a 400+ bhp V10 that made a noise unlike anything else on the road.

Above Video: This is the original MotorWeek review of the Dodge Ram SRT-10.

This V10 was never originally intended to be used in a pickup truck and the suggestion of it would likely have raised some eyebrows at Dodge, however at the 1996 Chicago Auto Show the company shocked the automotive world by showcasing a concept Dodge Ram with a Viper V10 under the hood.

This concept Dodge Ram VTS received a lot of attention but it never made it into production – what it did do was show that there was demand for an expensive, high-performance V10 truck. Development of a production version began in earnest in the early 2000s and the final vehicle was put on sale in 2004 as the Ram SRT-10. 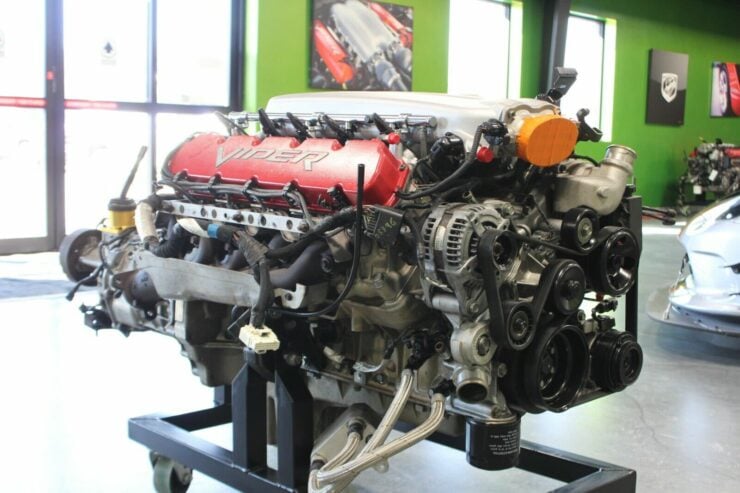 The example of the engine you see here was removed from a 2005 Dodge Ram SRT-10 with 56,764 miles on the odometer. It’s being offered with its original 6-speed Tremec T-56 manual transmission and the wiring package to get it all working.

It’d being offered on eBay out of Granite City, Illinois with a Buy It Now price of $13,500 USD. If you’d like to read more about it or register to bid you can visit the listing here. 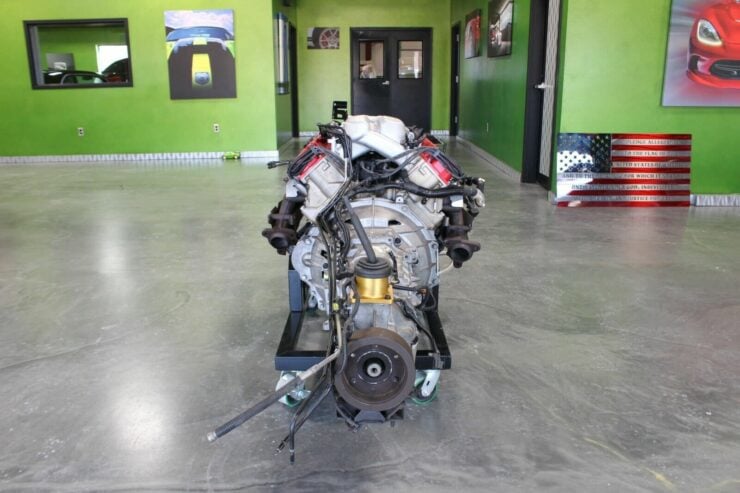 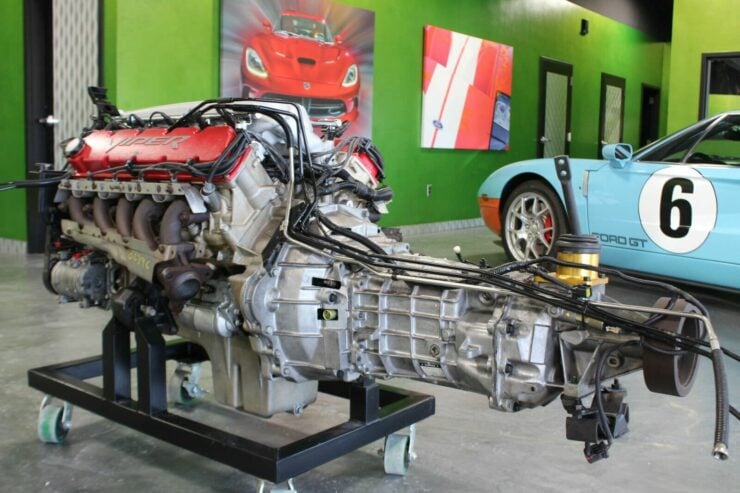 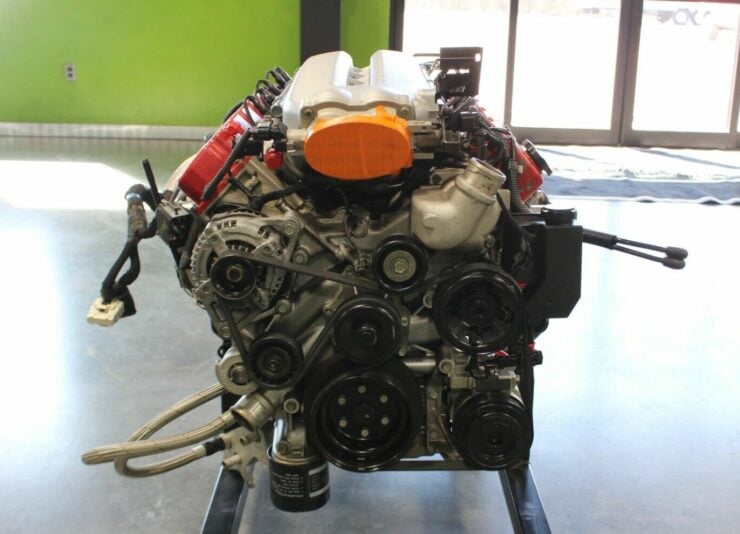 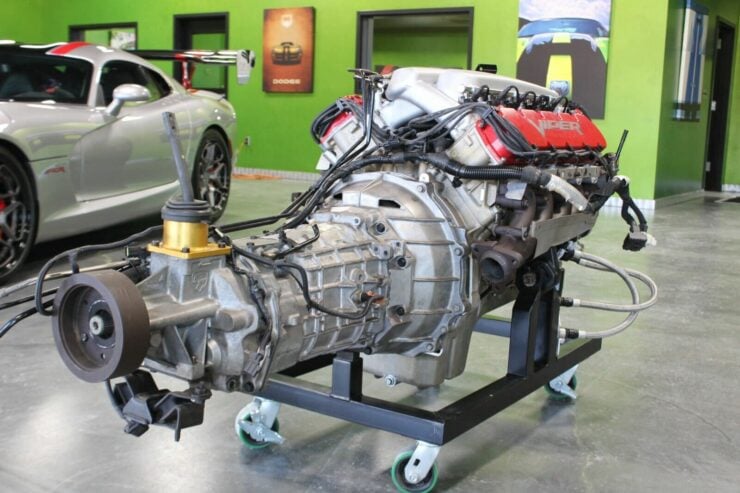 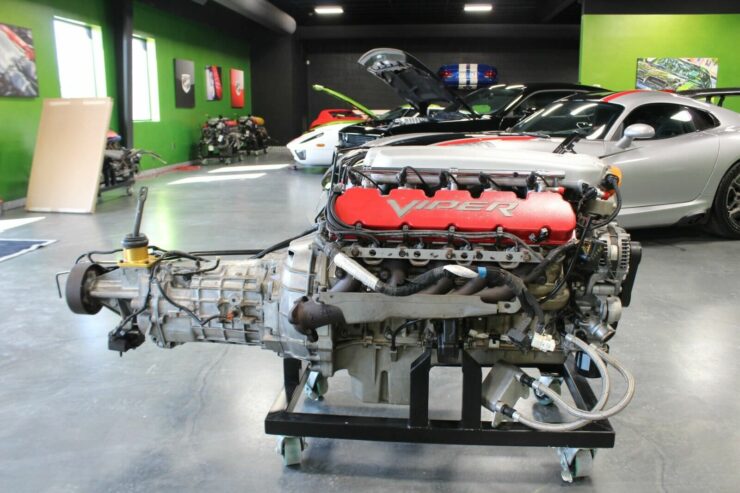 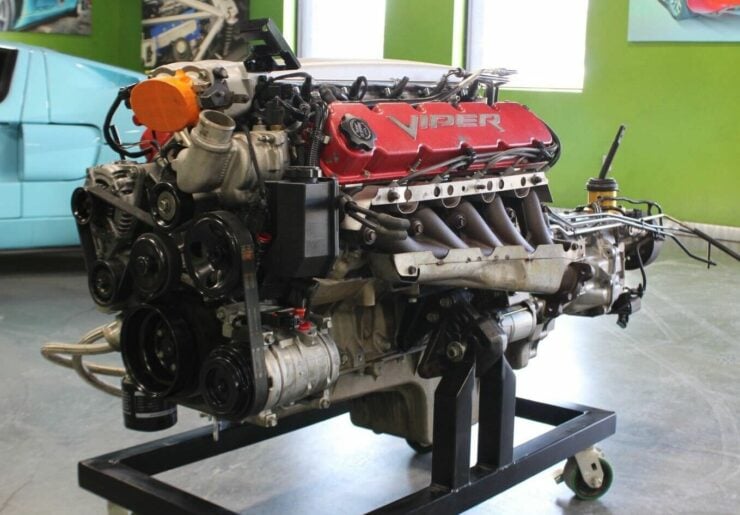