Documentary: Vixen GT – There Is Only One

Although very few have ever heard of the Vixen GT is has a couple of very significant claims to fame. It was the first GT car with a rear mid-engined layout (the engine is in the back but in front of the rear axle line), and it was the first sports car to use an integrated rear spoiler – one year ahead of the Ferrari 250 GTO.

Exactly what happened in the decades after Stronach sold the car is largely unknown, but what is known is that Belgian classic car collector Let Didier discovered it for sale on an internet classifieds website, unceremoniously sitting in a field in France.

Didier recognized that the car had a hand-shaped aluminum body and Formula car suspension, with his interest piqued he set off with his 13 year old daughter the next day to see the car in person. Upon closer inspection he realized the car had been built by someone who knew what they were doing, and he saw a faded sticker in the window indicating that it had previously raced at Zandvoort.

I won’t go into too much detail here so as not to spoil the film, Didier does a wonderful job of telling the full story of the restoration and resurrection, including a touching meet-up with the Stronach himself in England.

The team at Patina turn out some of the best automotive films in the business but they’re nowhere near as famous as they should be, and their films get far fewer views than they deserve. You can subscribe to them on YouTube below and take a look at their other films, or you can visit their website here. 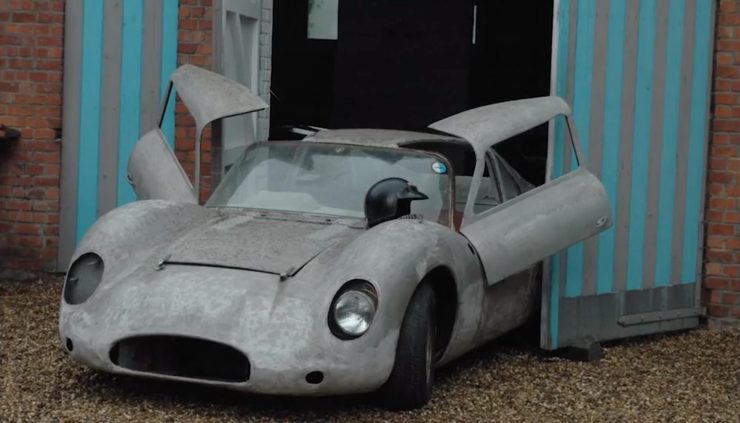