When it was first shown to the public in 2009 the Devon GTX was billed as “The Next Great American Supercar.” The company did have some solid reasoning behind the claim – the car was capable of over 200 mph and it set an unofficial lap record at California’s Willow Springs Raceway.

Unfortunately the timing of the GTX’s release, right into the midst of the Great Recession, left it unlikely to succeed given the proposed $500,000 – $525,000 USD MSRP, and the company was closed shortly thereafter.

Small-volume automakers, like TVR, Noble, Factory 5, Ultima, and Ariel often produce cars with designs that set them apart, and would likely never make it into production with a large-scale manufacturer. 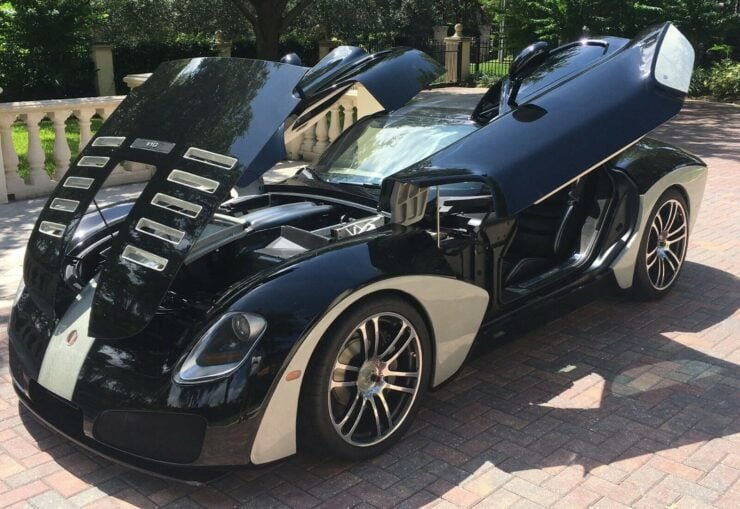 The superstructure and body make extensive use of carbon fiber, to keep weight as low as possible while ensuring it remained strong and stiff.

Devon was an American automaker that certainly fits into that mould, no one who has ever seen a GTX has forgotten it, and it would be impossible to mistake the car for a vehicle by any other manufacturer.

Using the basic frame and engine from the Dodge Viper, the Devon GTX had just about every other part custom built specifically for it.

The body and much of the superstructure is made from carbon fiber to keep weight as low as possible while not compromising on strength. The 8.4 liter V10 was tuned to produce 650 bhp ay 6,100 rpm, up from the original output of ~600 bhp. 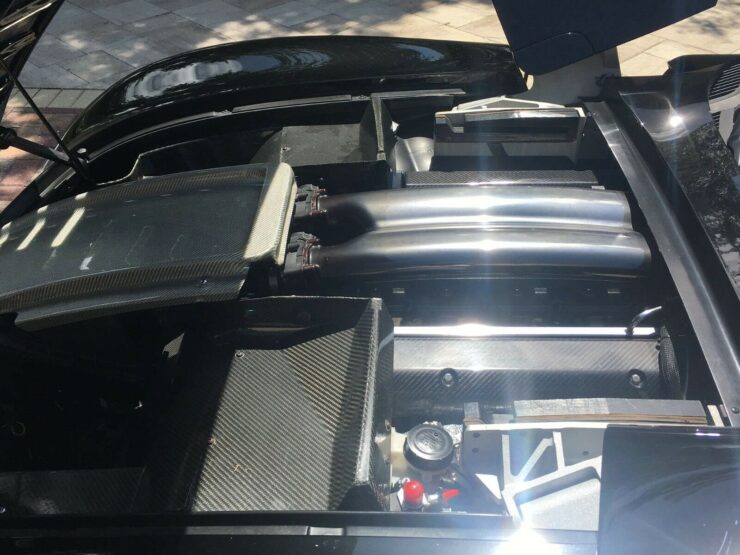 Under the long sloping hood you’ll find a modified Dodge Viper V10 with a displacement of 8.4 liters and 650 bhp at 6,100 rpm

Power is sent to the rear wheels via a Tremec 6-speed manual transmission into a limited slip differential, and from there out to the rear wheels. Braking is taken care of with discs front and back, including 15 inch rotors up front with 6-piston calipers from StopTech.

The GTX rides on forged center-lock alloy wheels, with 18 inch wheels up front and 19 inch wheels in the rear. The cars were planned to have active damping and ride height adjustment however these developments never saw the light of day.

The interior was well appointed for the time, with touch-sensitive switchgear, LCD instrumentation. McIntosh audio system with AM/FM/CD, power-steering, air-conditioning, and ample use of carbon fiber.

No official top speed was ever recorded for the GTX, however the company claimed it was capable of over 200 mph – the spec sheet shows nothing that would dispute this.

End Of The Road

When Dodge announced that 2010 would be the end of the road for the fourth generation Viper, Devon Motorworks had tried to buy the Viper platform. It was put up for open bidding, though Devon was the only bidder the amount was under the $10 million reserve and thus was not accepted by Chrysler. 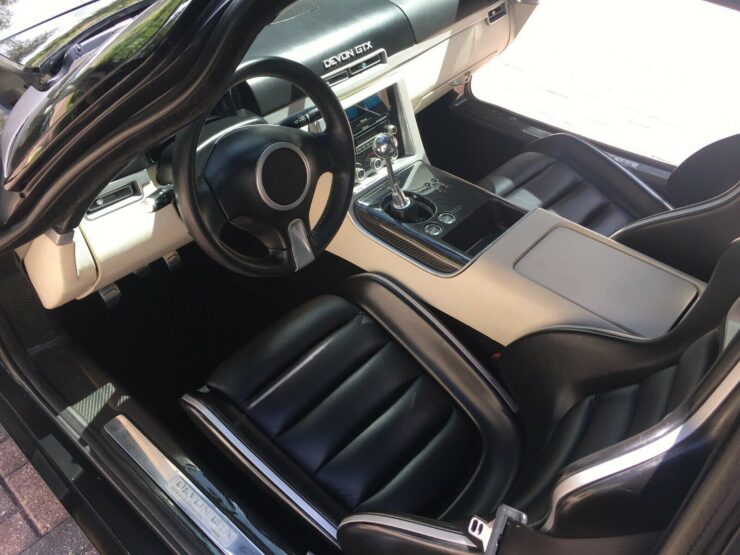 The interior of the car is very well appointed considering it’s a prototype. It has a high-end stereo, climate control, power steering, and a digital dashboard.

This combination of the Great Recession and the end of the line for the platform that the Devon GTX was based on was the death knell for the car, and the company ceased operations soon after with just two cars completed.

The car you see here is one of the two that were built, both essentially pre-production prototypes.

This car sold at auction with Barrett-Jackson for $220,000 USD in 2012, and this appears to be the first time it has been sold since.

The seller explains that the car is listed as a 1980 model due to the unique VIN used on the car, it has the mileage listed at 10,000 and he mentions it’s been used on several road/tour rallies and has won a number of best in show awards.

The car is for sale out of Dunedin, Florida. If you’d like to read more about it or register to bid you can click here to visit the listing. 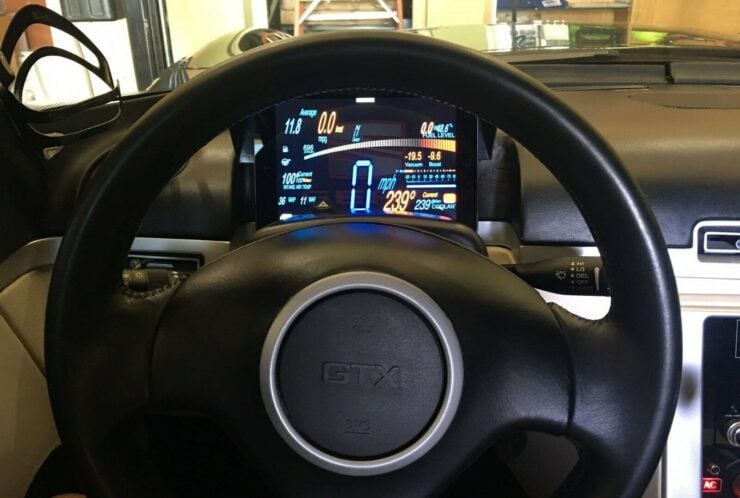 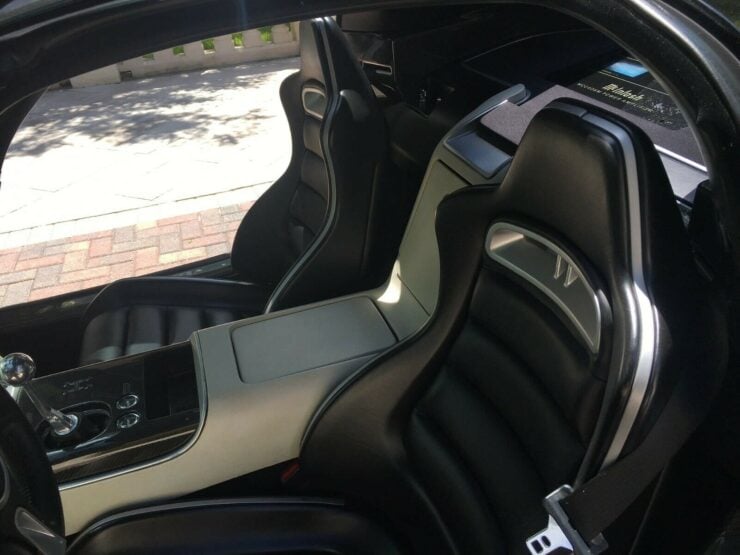 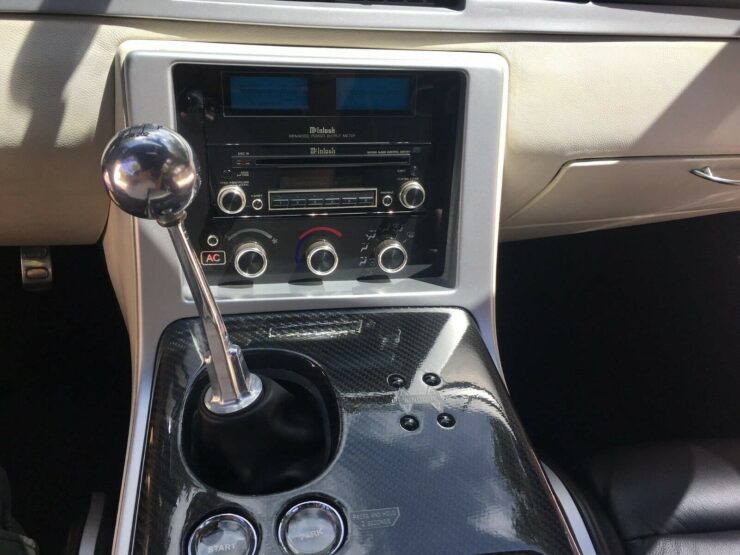 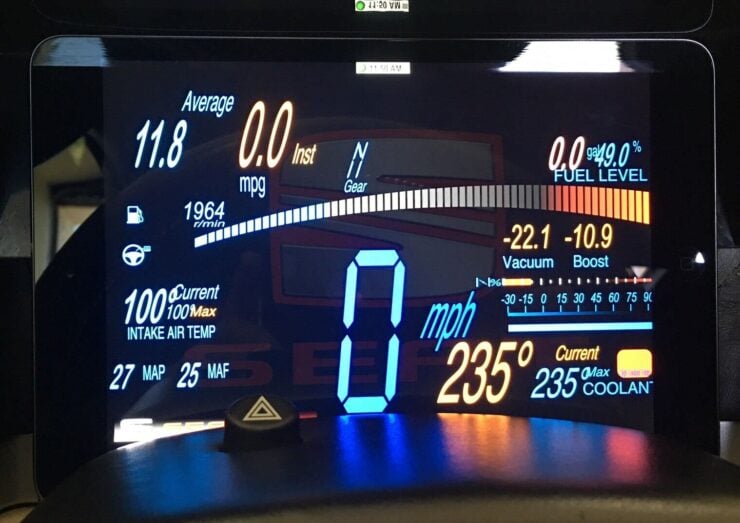