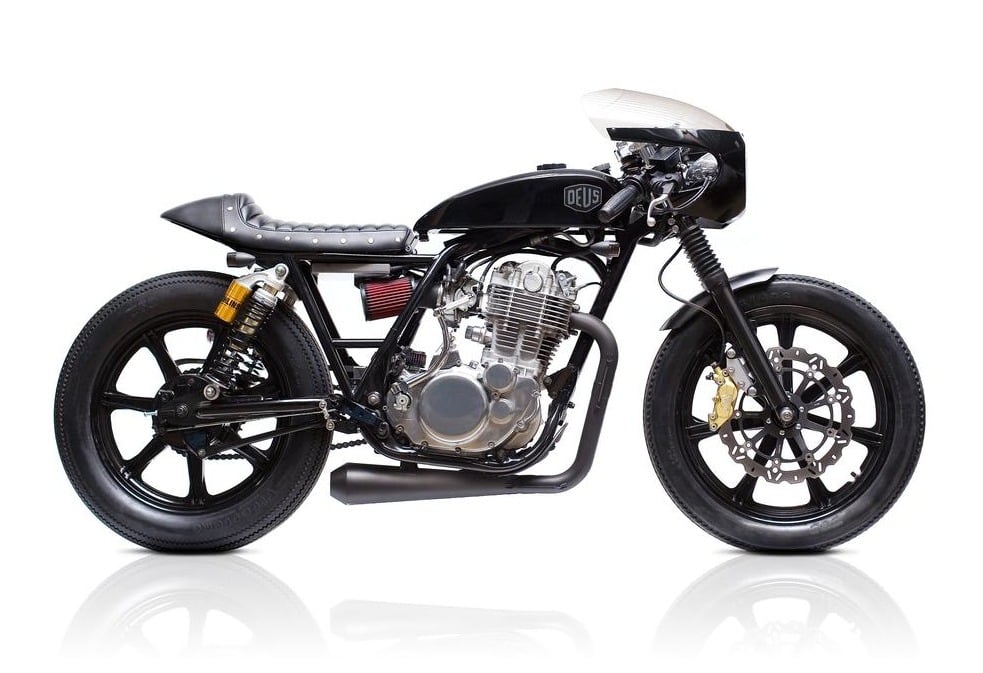 This bike, dubbed Grievous Angel, is one of the most popular customs from Deus, the clean cut, minimalist café racer design has huge appeal to any fan of two-wheeled racers, or any fan of industrial design. Despite the bike’s retro look it’s actually pretty modern, those front and rear discs could stop a Mack truck, it has fully-adjustable Ohlins shocks on the back end, a custom intake, custom exhaust and a beautifully understated front fairing.

You might be familiar with the UK television show “Top Gear“, as it happens, James May actually bought this bike and had it imported to the UK for his own personal use. Having a Top Gear presenter on your client list has to be one of the most impressive celebrity endorsements possible for any custom garage. 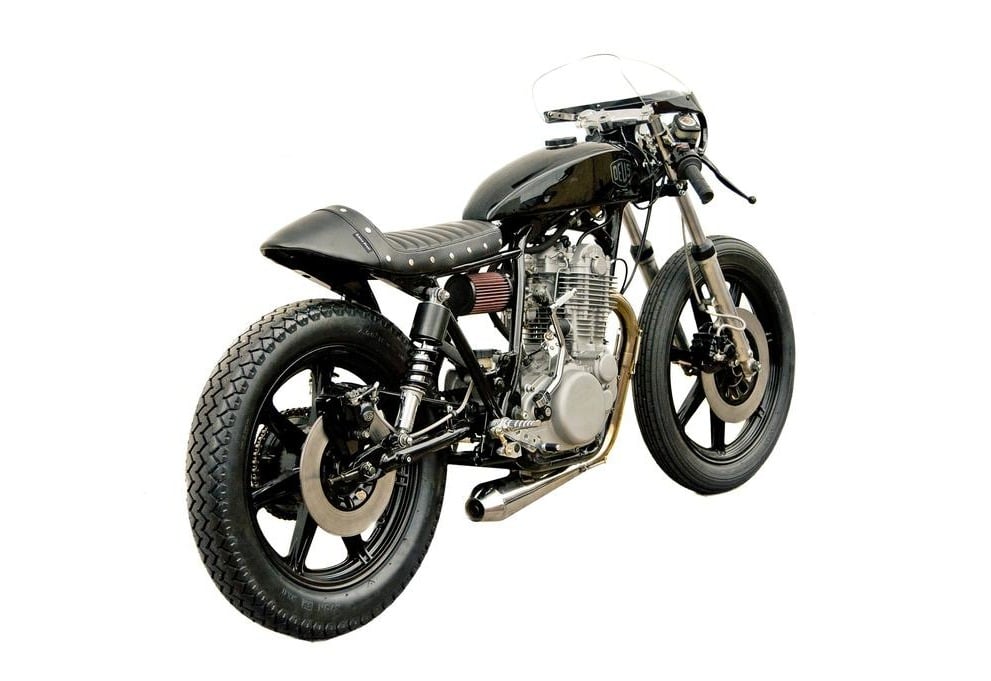 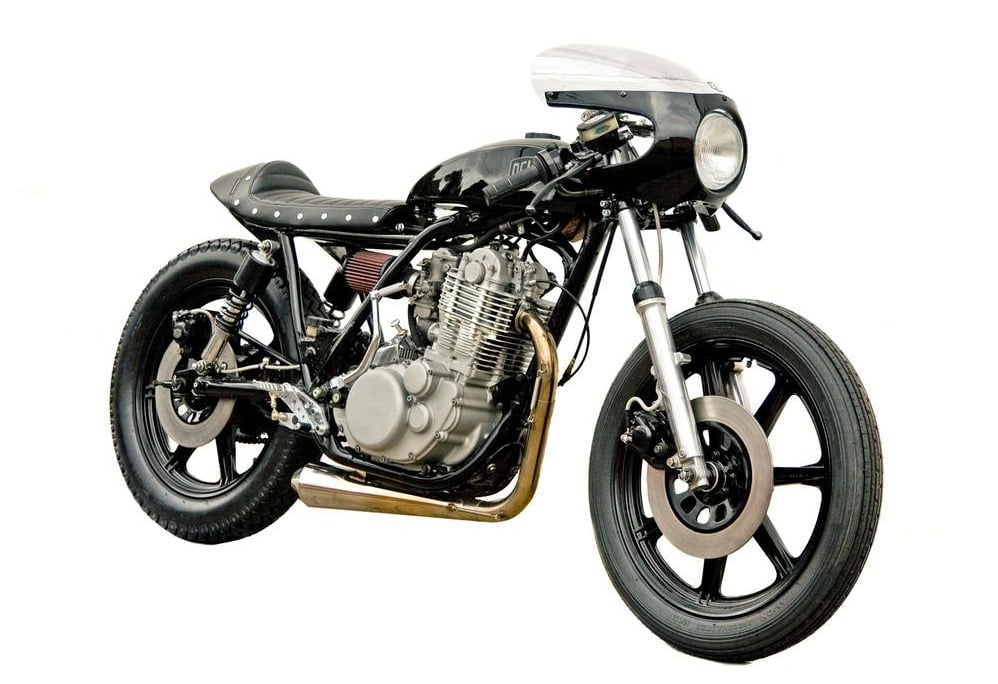 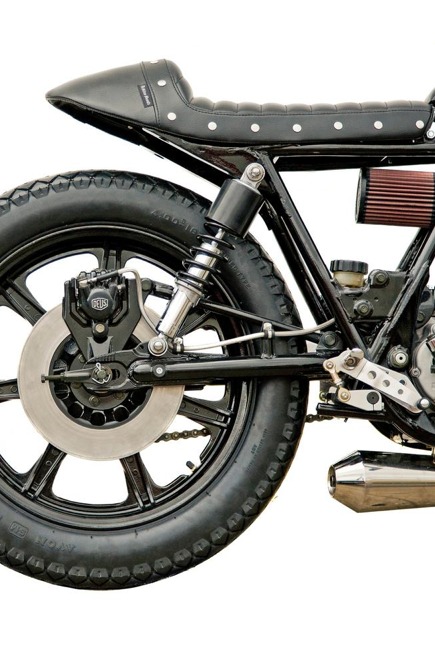 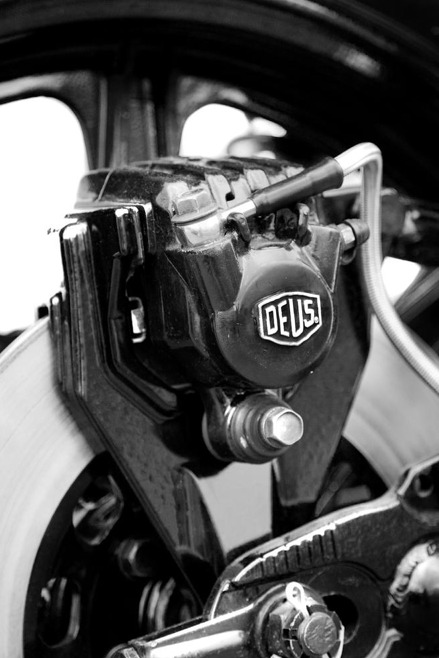 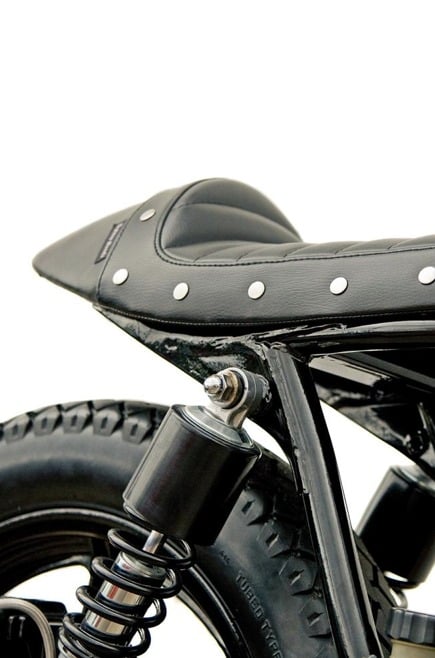 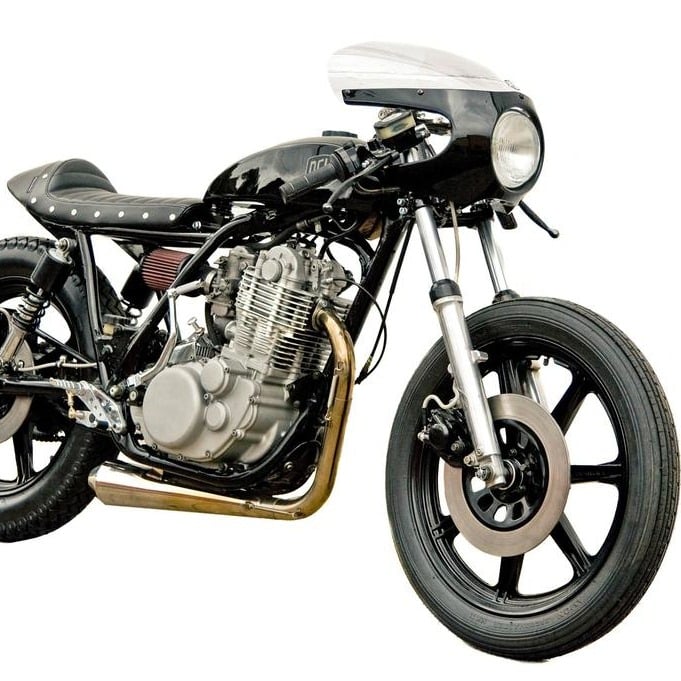