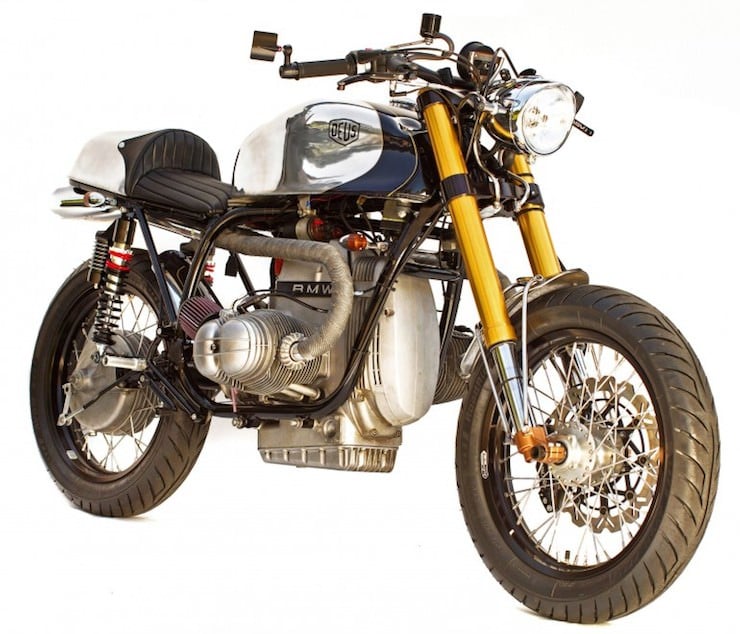 This BMW R100S custom by Deus Ex Machina, the garage is world famous for their customs based on American and Japanese motorcycles but we haven’t seen many machines based on European marques roll out of their workshops in Australia, Bali, the USA or Italy.

The R100S you see here has been through what I’d call a ‘respectful customisation’, the head spanner-spinner at Deus in Venice Beach is a man named ‘Woolie’ and the way he speaks about the BMW makes it clear that he holds the marque and this model in particular in very high regard.

Perhaps the most eye-catching element of the bike’s design is the use of modern, inverted Öhlins forks on the front end. The forks were shortened and re-valved by Ed Sorbo at Lindemann Engineering and have ben paired with a set of custom springs on the rear end courtesy of  Pierre Vallaincourt at Works Performance. 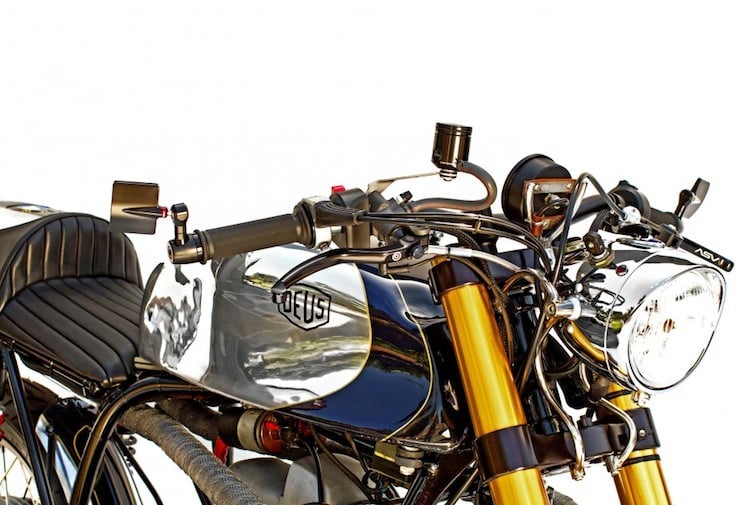 These new bouncy bits give the R100S far more stable and sports oriented handling, the twin down-tube frame from the original bike already has quite reasonable rigidity which has been further improved by the addition of a custom chromemoly subframe that was handmade by Woolie.

The twin exhausts feed up and over the cylinder heads and work their way out through the subframe to the rear end, those concerned about the possibility of charbroiling your gentleman-plums need not worry – a 1200-degree heat shield has been added under the seat.

When speaking about the finished motorcycle Woolie said “It’s a fun bike….it’s a bit faster than I actually expected”, which is his typically understated way of saying that this bike will have your fillings out if you don’t treat the throttle with respect. 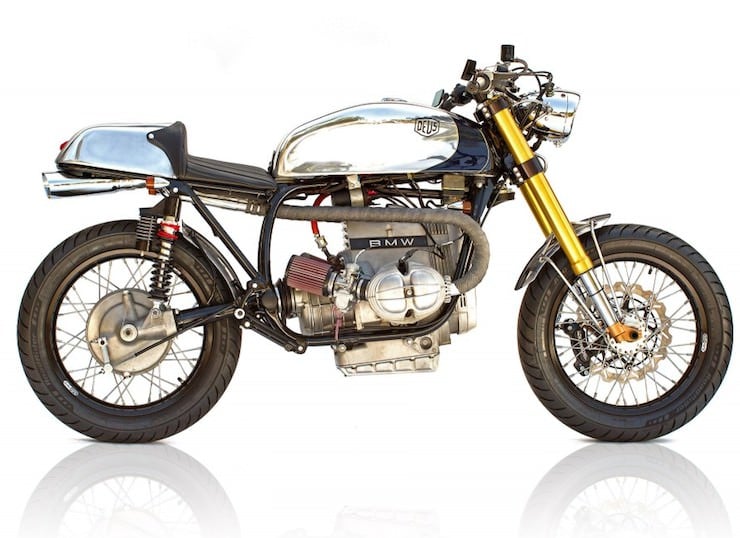 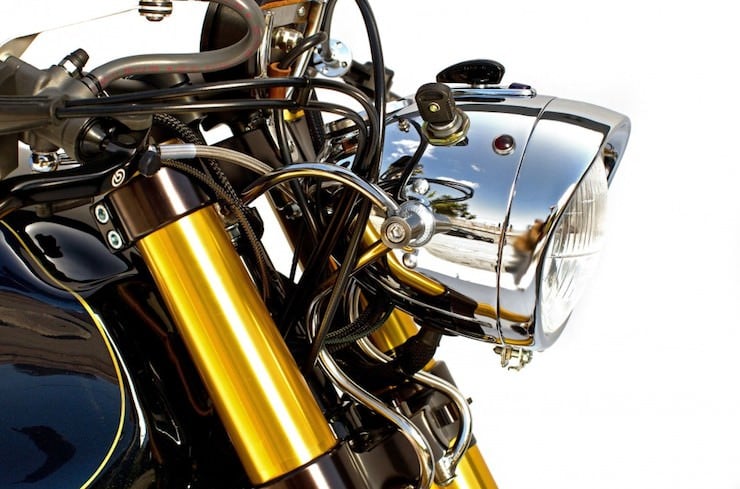 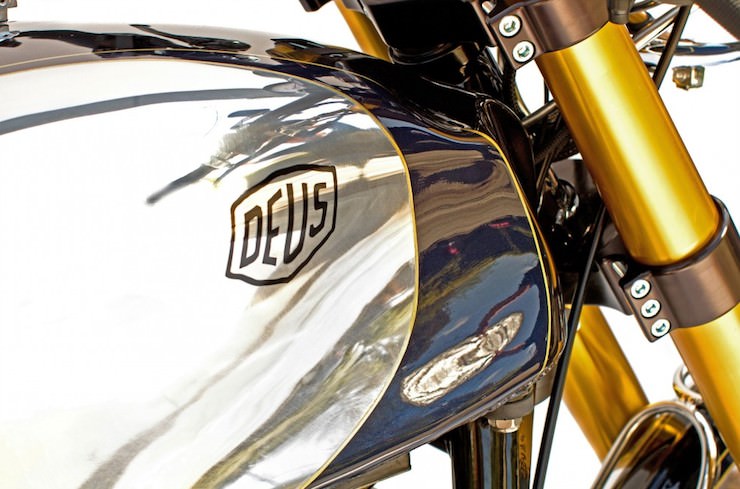 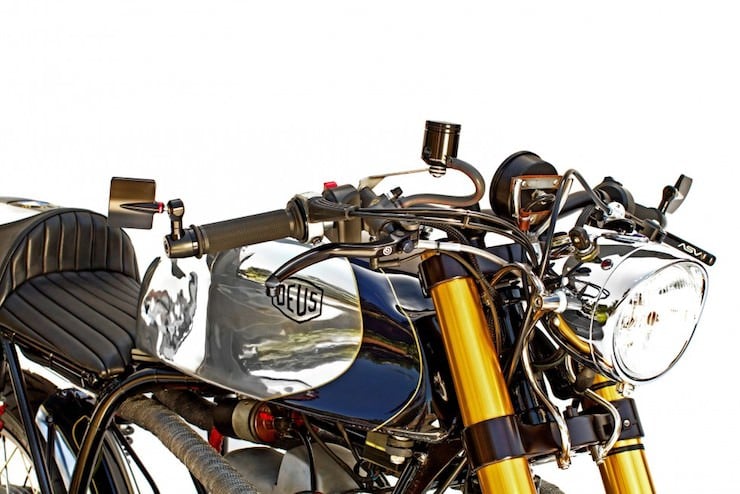 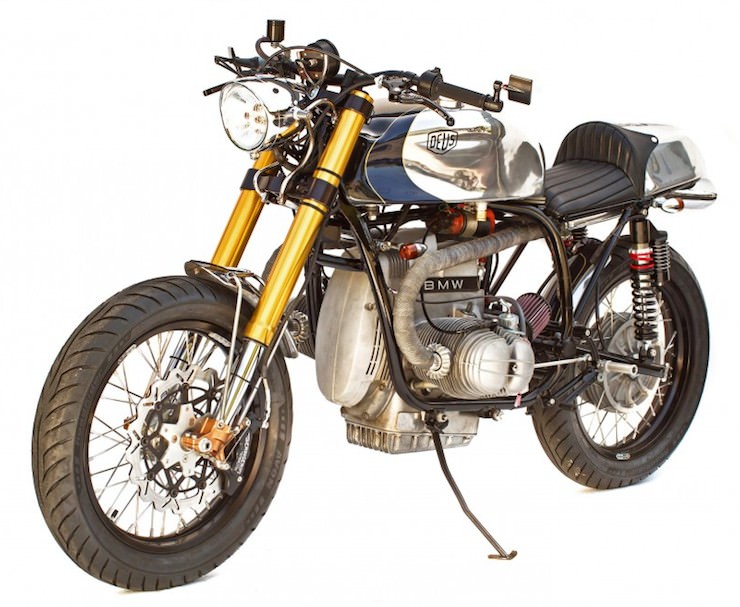 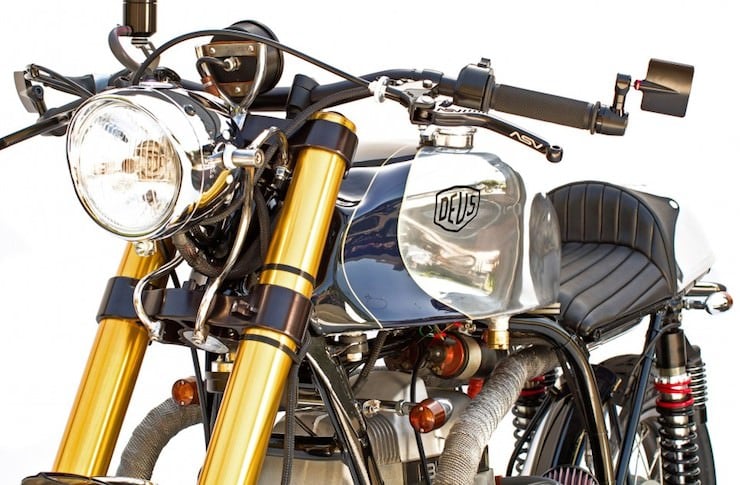 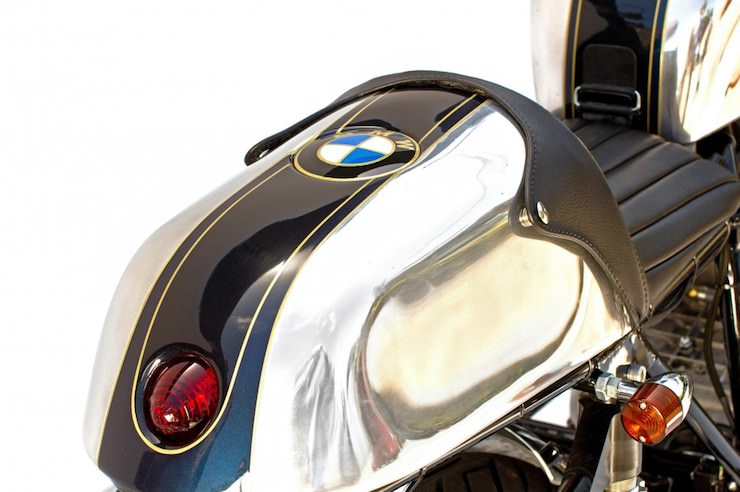 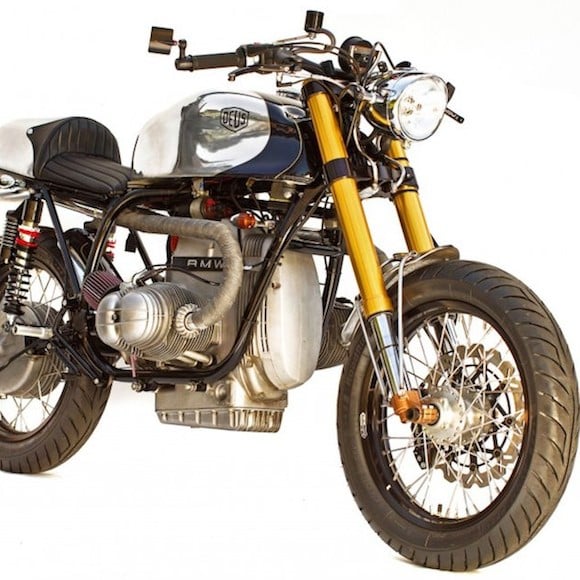