This stunning buggy is, very sadly, not real. I was crushingly disappointed although I should probably have realised that a turbine powered desert buggy would probably be illegal in every country except Somalia. I had initially thought it might be a modern reinterpretation of Steve McQueen’s famous Baja Boot buggy.

Marek Denko, the buggy’s designer, was inspired by the Mad Max trilogy and the post-Nuclear War game Fallout. It took him 3 weeks to create, it isn’t hard to see why it took so long, the level of detail is truly extraordinary.

I guess it’ll remain a collection of well placed pixels until the time comes that we all have 3D printers. When that happens I’m loading the Desert Rose Buggy into the printing queue and then hitting Baja with a vengeance.

The pictures are all high-res so you can click for the large version, check out more of Marek Denko’s work here. 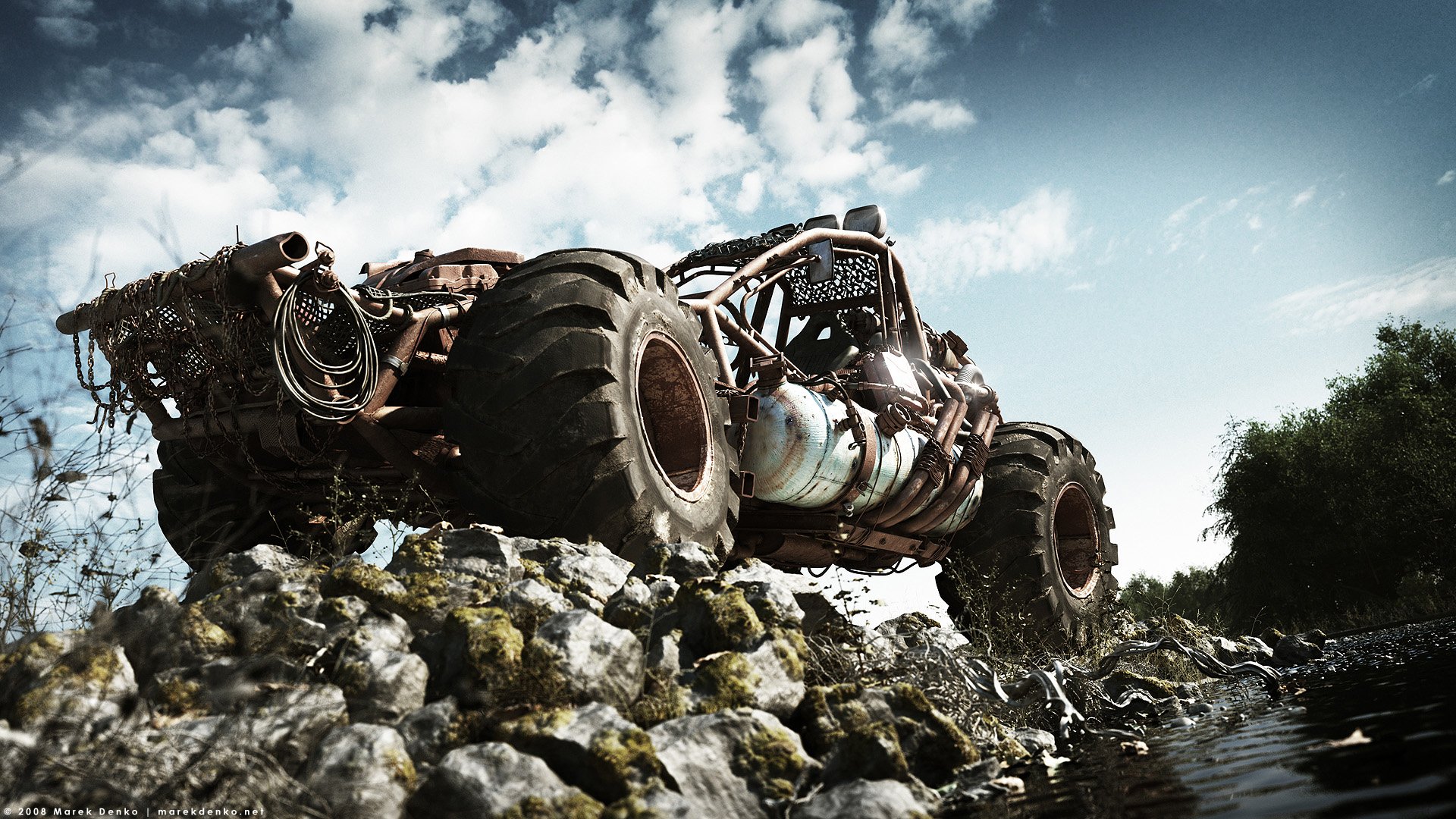