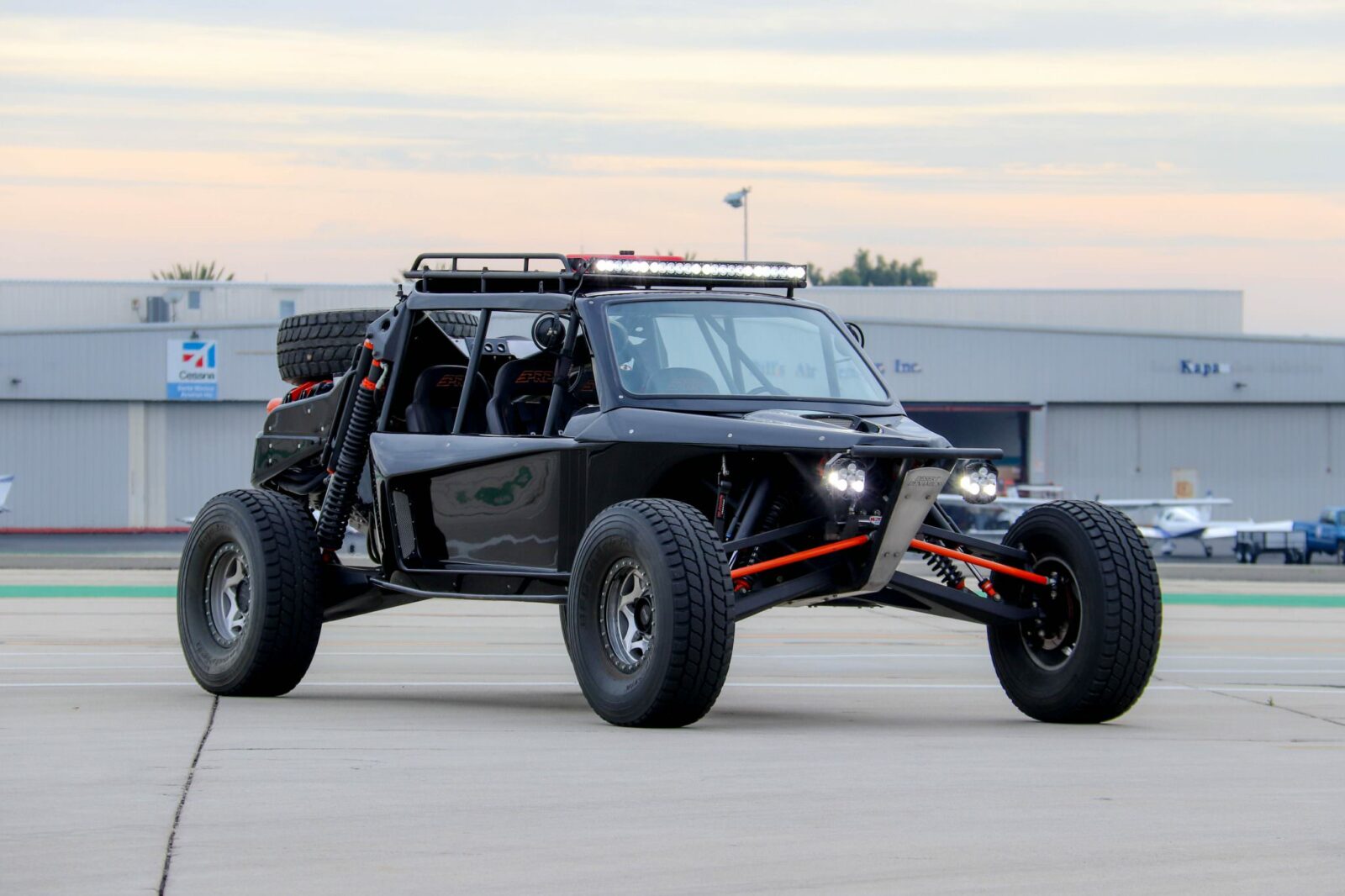 This is a Desert Dynamics off-road racing buggy, it’s powered by a rear-mounted Chevrolet LS1 V8, and amazingly it’s been successfully registered for road use with a California Special Construction title.

Racing buggies like this are designed specifically for off-road use and as such they’re rarely road-legal, typically being trailered to the start line and then away from the finish line after the event. Given this vehicle’s road-legal status it could be driven to and from events, though it would be a wild and windy experience.

The engineering advancements that have taken place in the world of off-road racing over the past few decades have been remarkable. In the early days the sport was often contested by modified production vehicles, or by more specialized vehicles like sandrails with custom tubular steel chassis, or VW Beetle-based buggies. 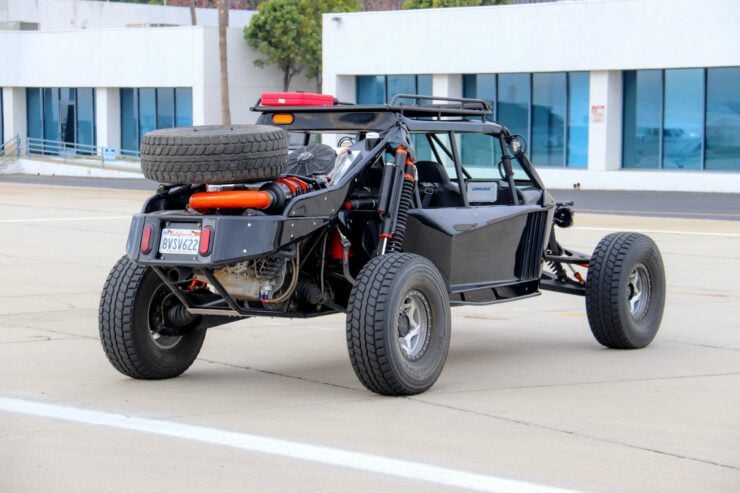 The buggy has a tubular steel chassis with alloy bash plates underneath and a spare tire stored over the rear-mounted V8.

The first running of the Mexican 1000 race in 1967 (the predecessor of the Baja 1000) was won by a Meyers Manx, a unique vehicle designed by Bruce Meyers using a fiberglass body on a shortened VW Beetle floorpan.

The Manx used VW suspension and drivetrain components, all modified of course, the car was driven by Vic Wilson and Ted Mangels who defeated the cars, trucks, and motorcycles to take outright victory. This win was a great indication of what was to come, and it showed the world that lightweight buggies were the way of the future.

The vehicle you see here was built by Desert Dynamics, it’s race ready thanks to its rear-mounted LS1 V8 that was rated at between 305 and 350 bhp when new – depending on specification.

This engine was the third generation of the small block Chevrolet V8 and it was introduced in the C5 Corvette in 1997, it was later used in the Chevrolet Camaro and Pontiac Firebird Trans Am. 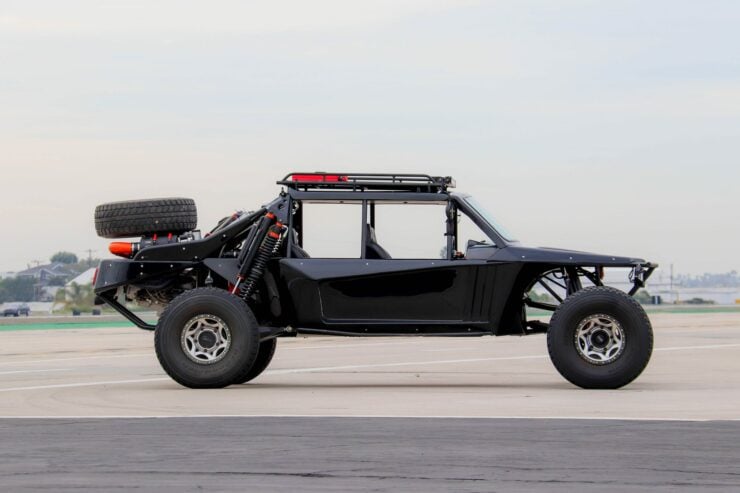 Unusually this buggy has seating for four, each person gets their own bucket seat with a racing harness.

In this buggy the engine is mated to a 3-speed automatic transmission, autos are a popular choice with this kind of vehicle as they tend to get airborne frequently, and the landings can send shockwaves back through the drivetrain that can blow the engine – the torque converter helps to absorb these shocks.

As you would expect it has long travel independent suspension front and back, it has adjustable coilovers with external reservoirs, and Elrod’s Performance limit straps. Four-wheel disc brakes are installed with multi-piston calipers and slotted rotors, and the vehicle rides on multi-piece 17″ wheels fitted with 37×12.50″ BFGoodrich Baja T/A tires.

The buggy has a tubular steel spaceframe chassis and fiberglass body panels, inside you’ll find seating for four in bucket seats with harnesses, and as noted in the introduction, the whole package is road legal in California thanks to its California Special Construction title.

This vehicle is currently for sale on Bring a Trailer out of Santa Monica, California. If you’d like to read more about it or register to bid you can visit the listing here. 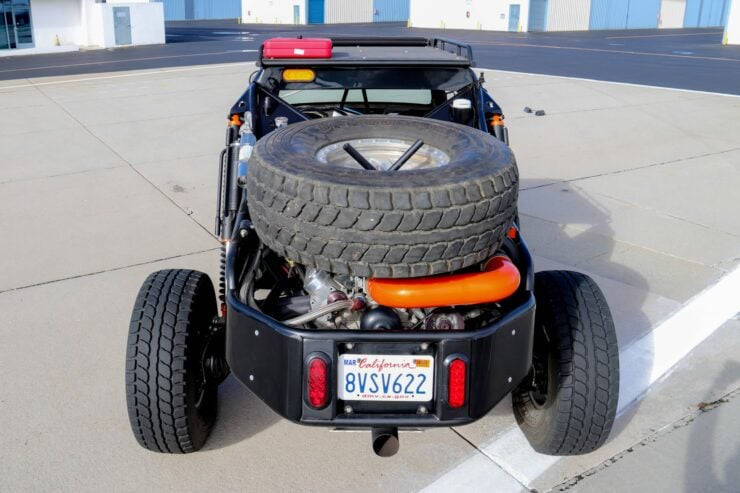 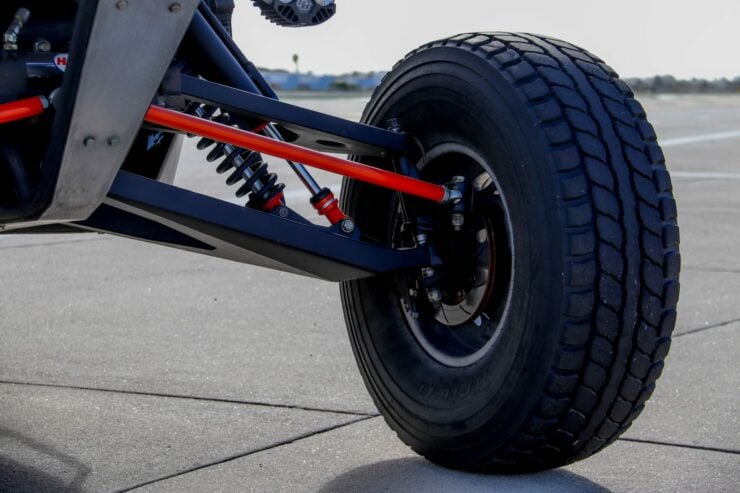 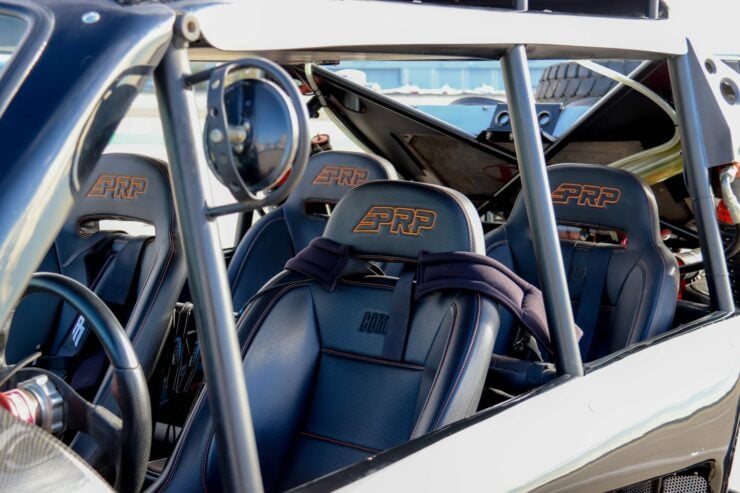 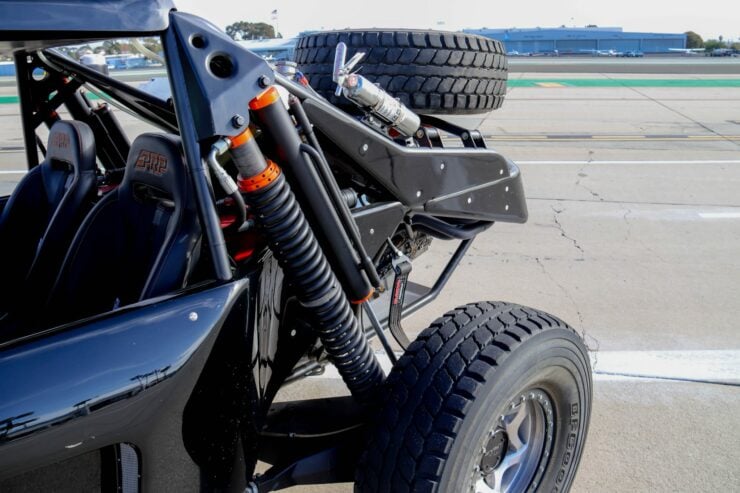 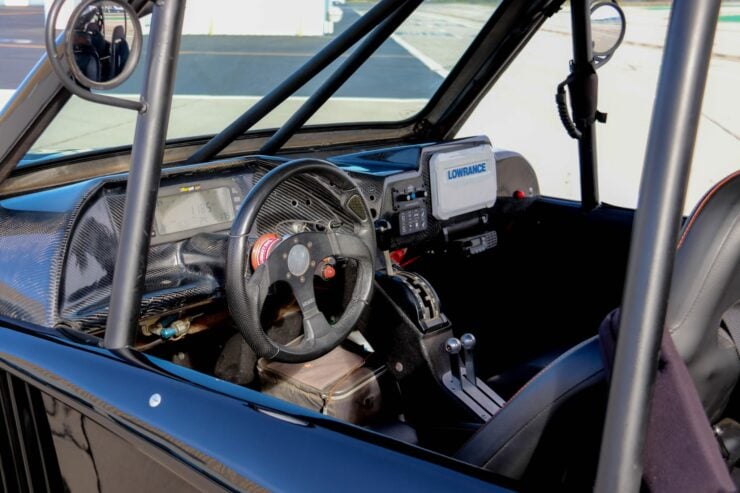 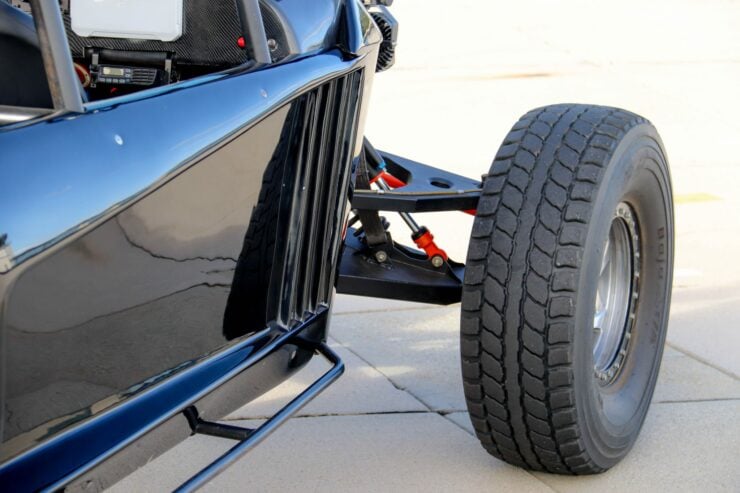 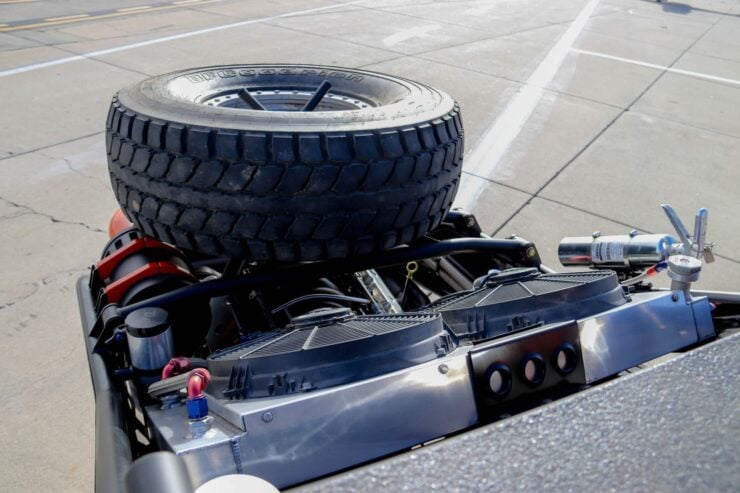 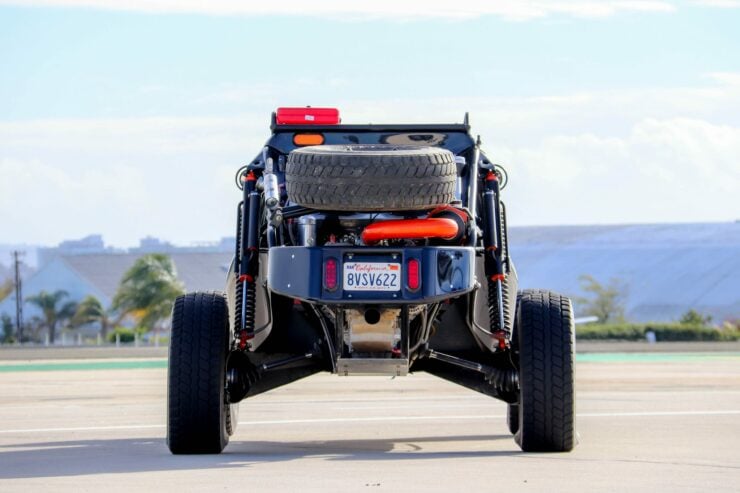 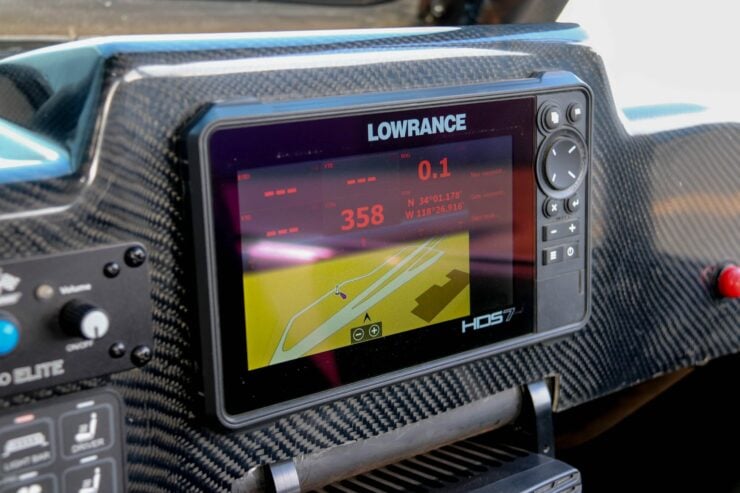 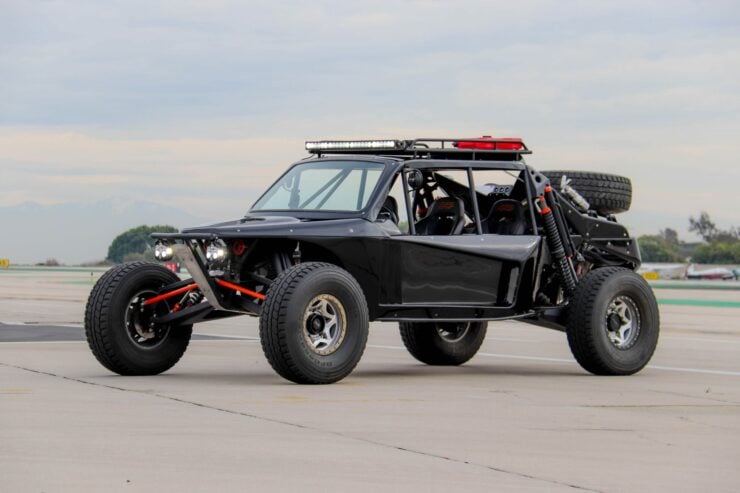 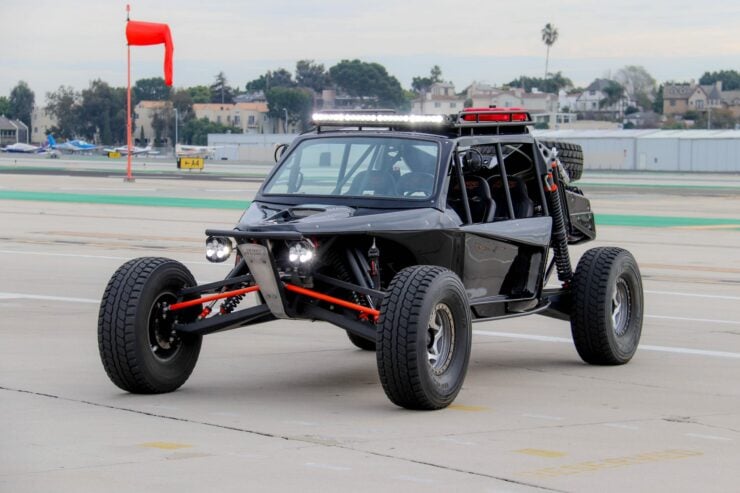 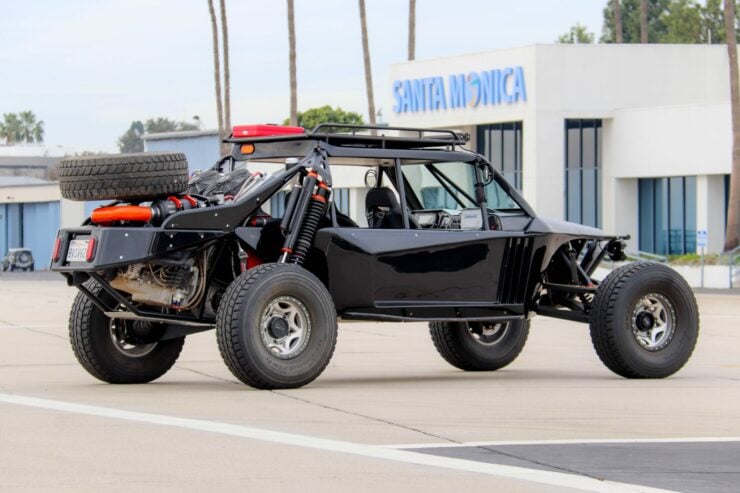 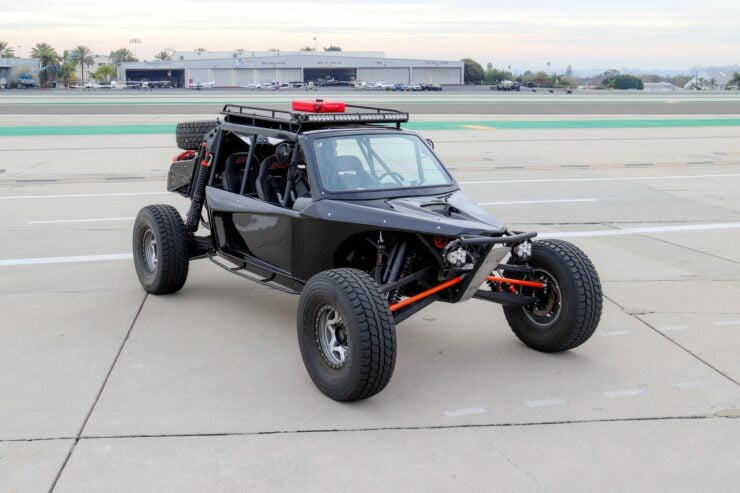 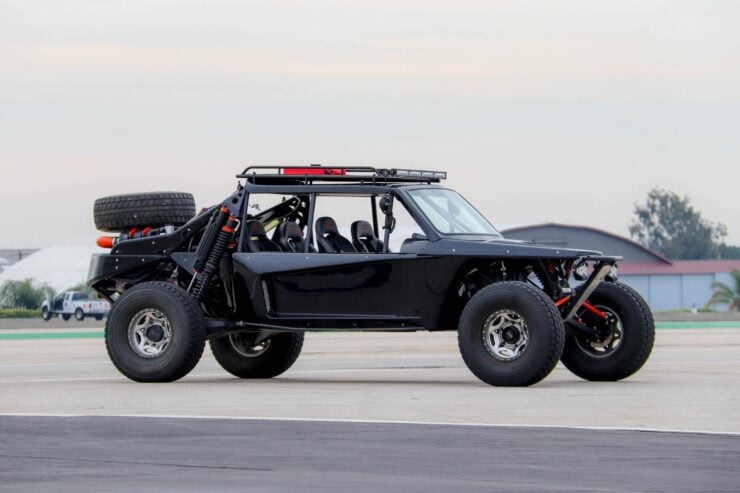