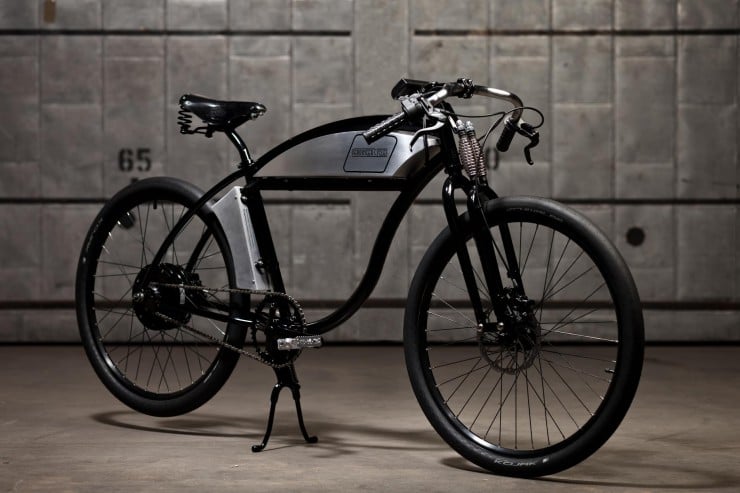 The Derringer Electric Bike is the first e-bike from well known motorised bicycle manufacturer Derringer, it’s designed to evoke the styling queues of the Board-Track racers of the 1910s and 1920s whilst implementing newer, more sky friendly technologies.

In order to provide for people in multiple income brackets, the Derringer Electric Bike will be offered in 3 versions, each offering different performance at a different price point.

The most affordable is the Derringer Heritage Series electric bike, it’d powered by a 37 volt 12.5Ah Li-NMC battery coupled to a 750W high-torque gearless hub motor making it street legal in the USA and many other countries with a 750W limit.

Next up is the Derringer Signature Series bike, it’s powered by a 52V 12.5 Ah Li-NMC battery couple to a 2000W high-torque gearless or geared hub motor. It is possible to electronically limit the power output to 750W and 20mph in order to stay street-legal. 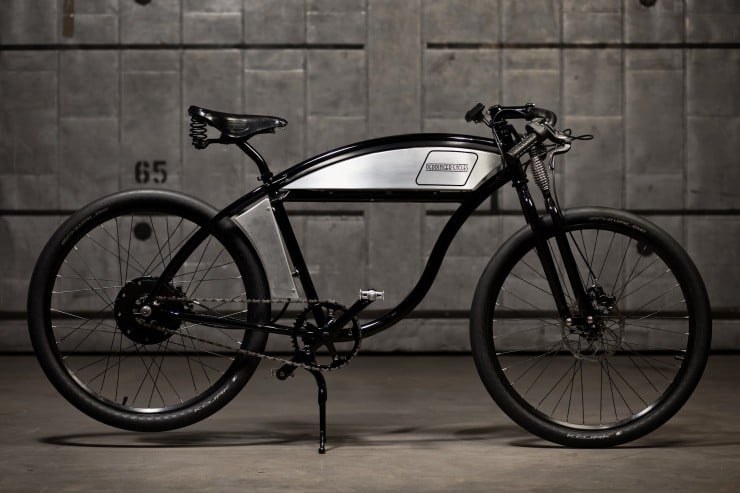 Finally, at the top of the pile is the Derringer Bespoke Series bike, it’s powered by a 63V 12.5 Ah Li-NMC battery couple to a 2800W high-torque gearless hub motor. This is by far the most powerful of the bunch and is easily capable of enough miles per hour to get you into some serious trouble, that said, it’d be a hell of a lot of fun right up till the point when you see the blue flashing lights.

In a rather clever piece of engineering-meets-design, the batteries are all stored in the “fuel tank” you see between the frame’s two top tubes, the controller housing is sitting in the “oil tank” close to the rear wheel and the electric motor is actually installed inside that rear wheel hub.

If you’d like to buy one you’ll need to visit the Derringer Cycles Kickstarter page, you can pre-order whichever one you like or commit to a cheaper reward if you’d just like to see the project come to fruition. 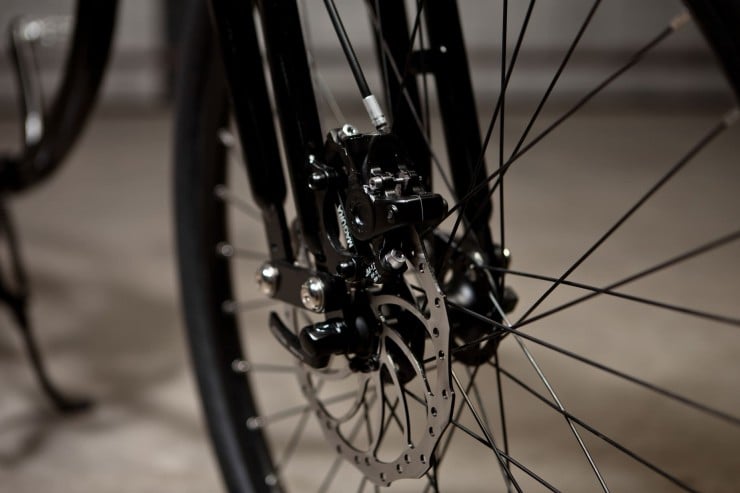 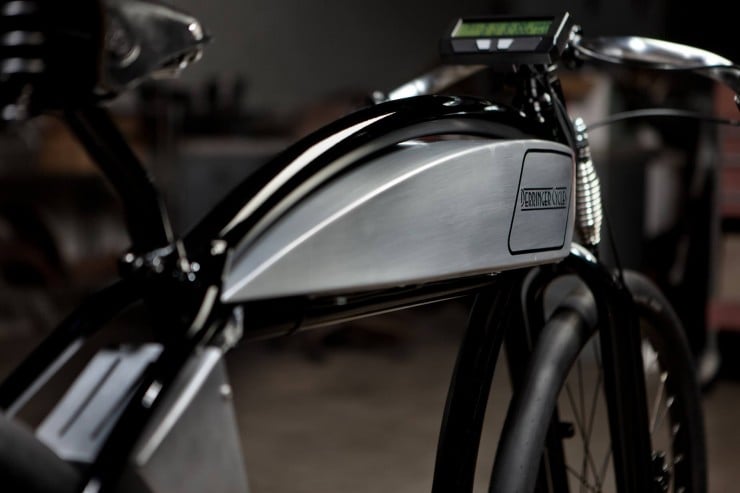 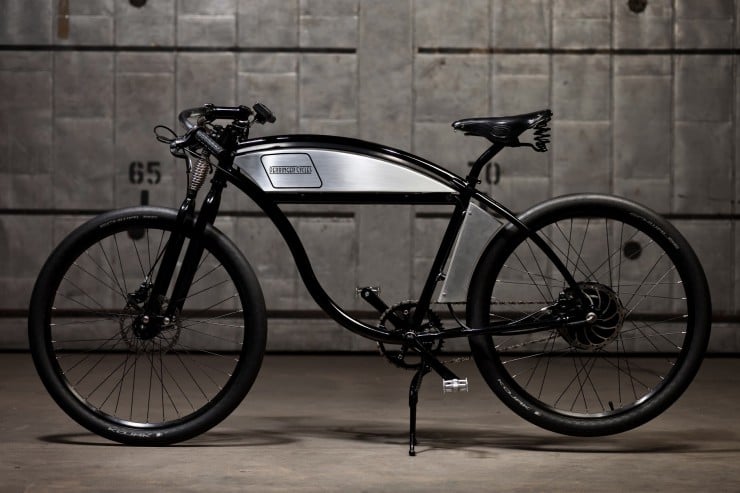 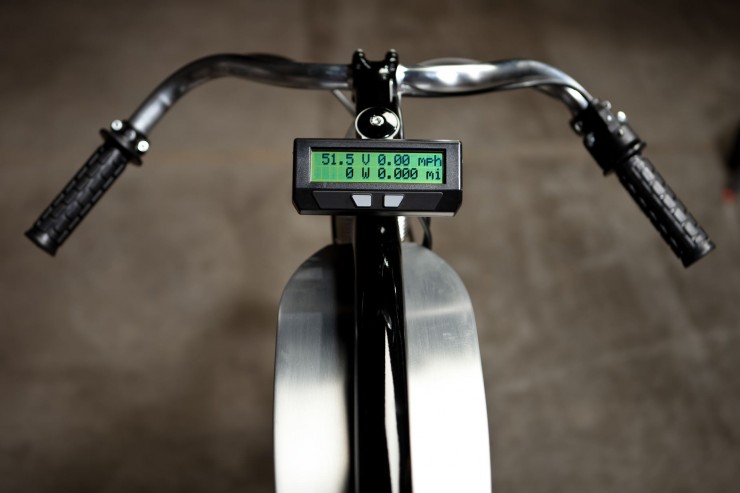 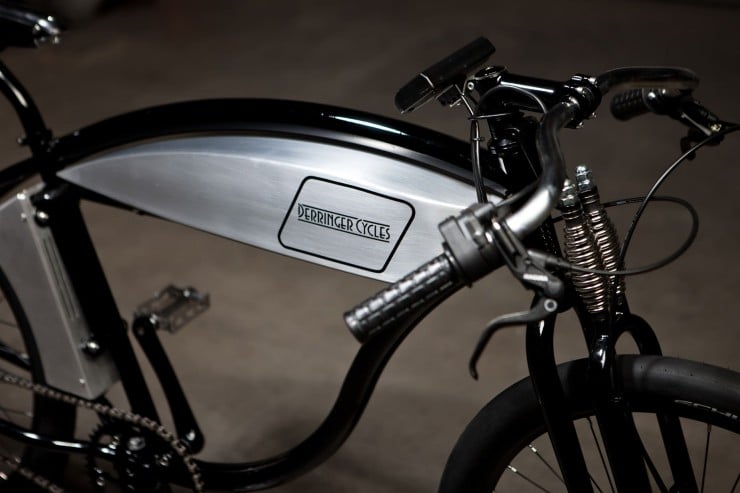 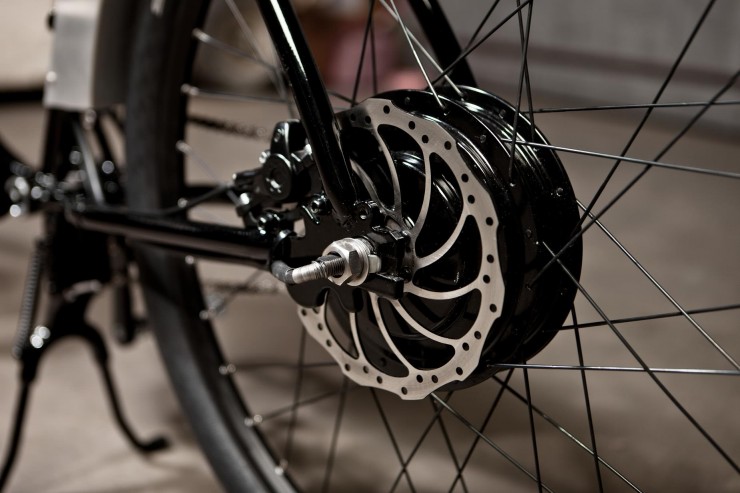 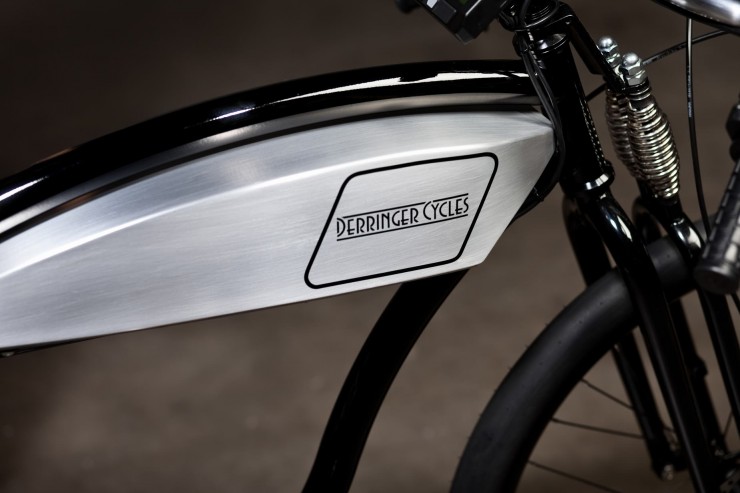 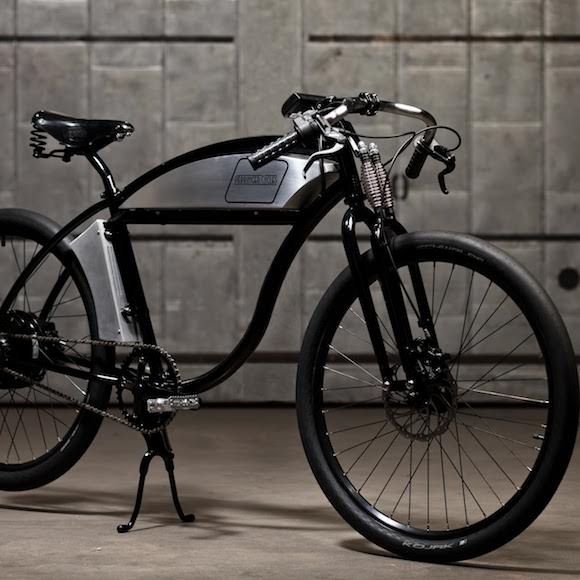