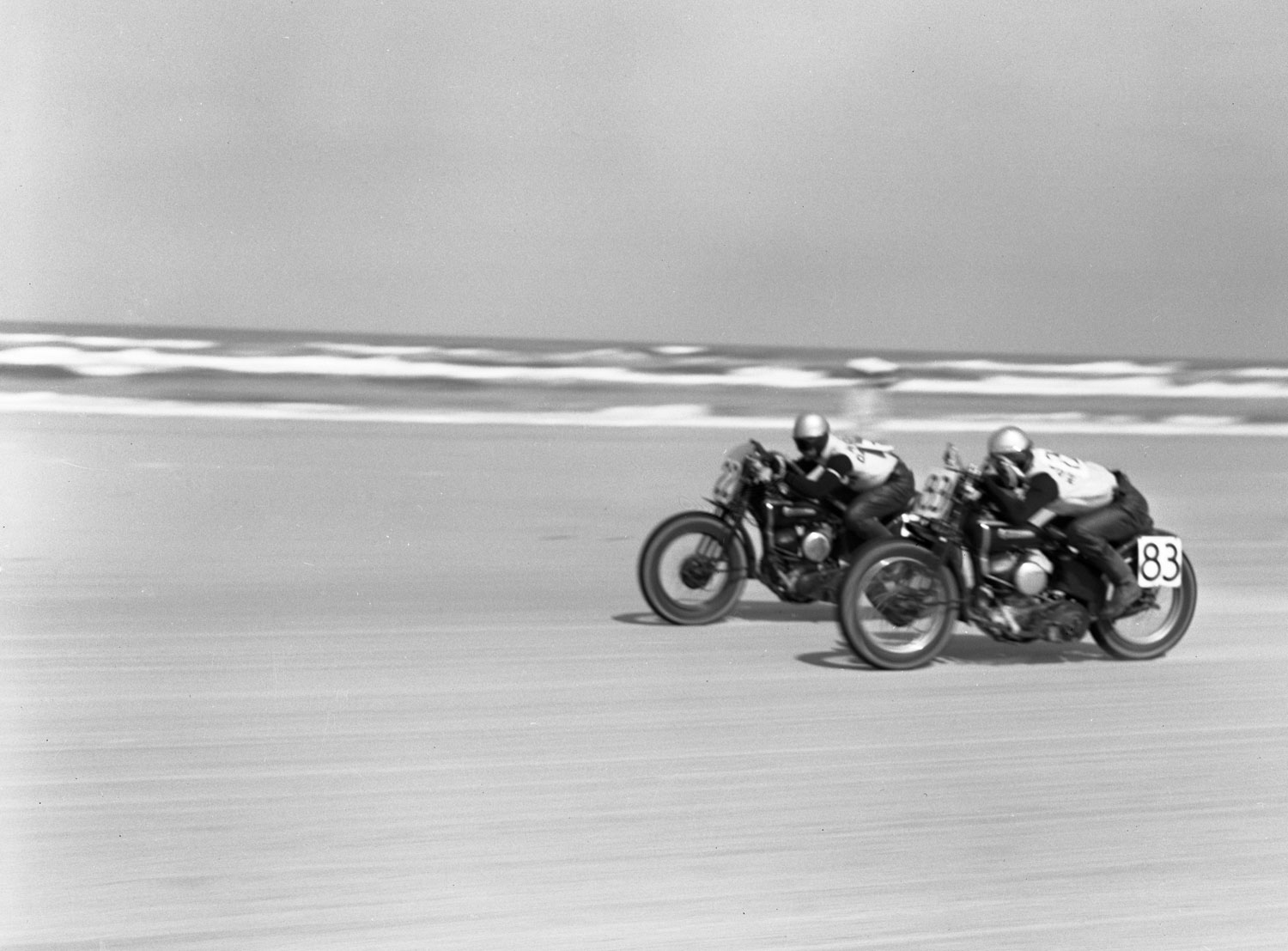 This photograph beautifully captures the sense of speed of these two motorcycle racers, they appear to be racing the same model of motorcycle although I can’t for the life of me figure out what it is. Any ideas?