Dan Wheldon vs Jenson Button Circa 1989

This almost prophetic home video from 1989 shows Jenson Button and Dan Wheldon racing in a British kart series as children, Jenson is #14 and Wheldon is #1, Antony Davidson is on track as well although his number isn’t mentioned.

It’s incredible to see so much young talent together, especially knowing what they both went on to achieve later in life. 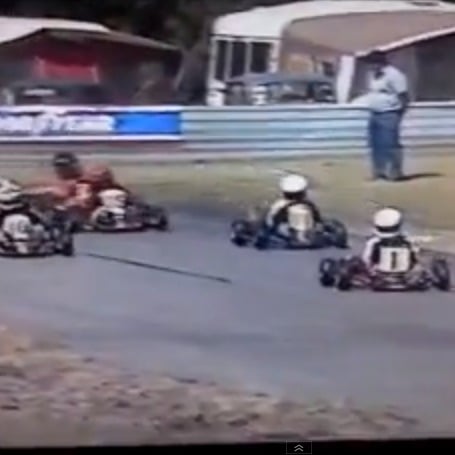