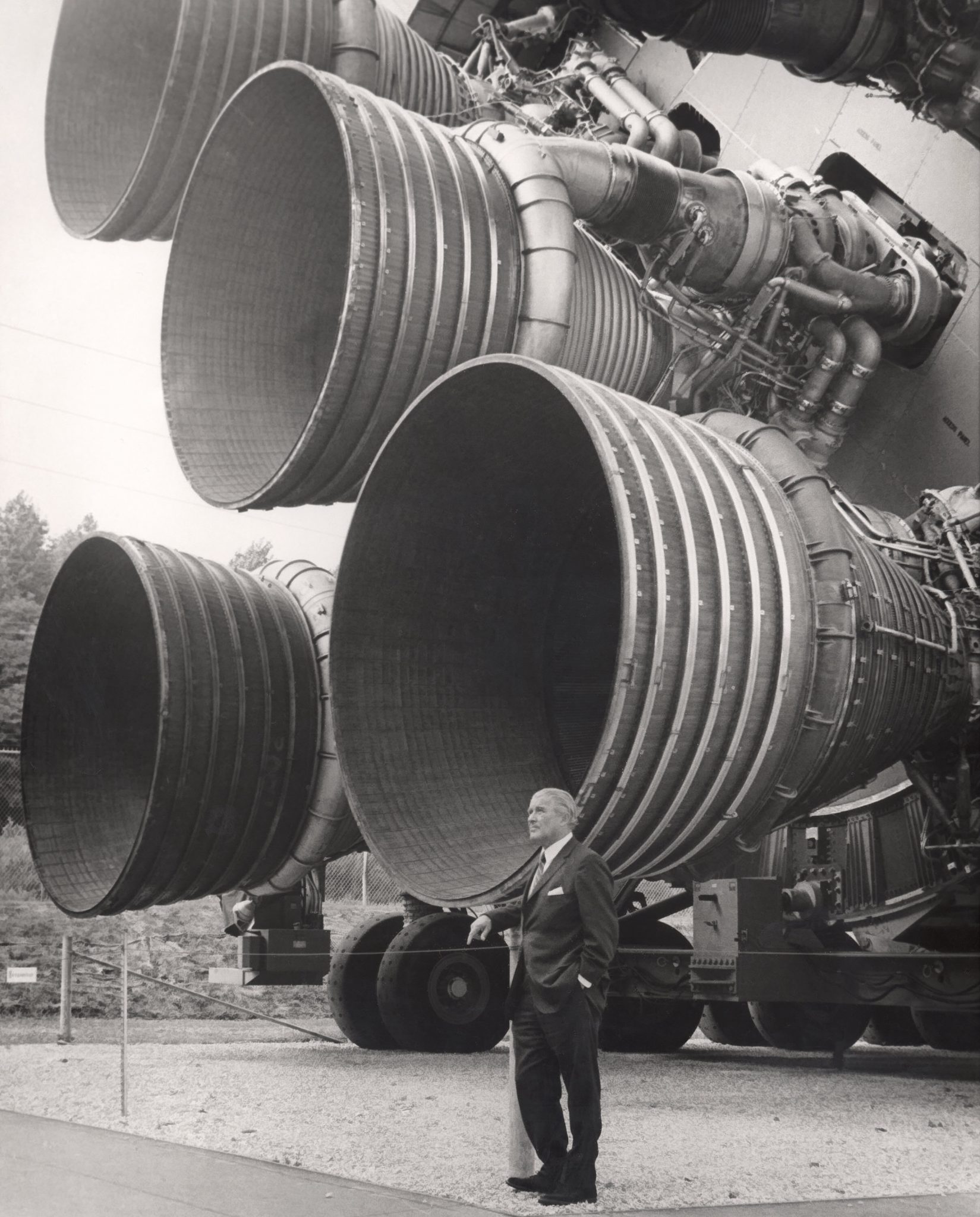 This photograph really puts the size of the Saturn 5 rocket engines into perspective. They were utterly, ridiculously large. That relaxed looking chap is Wernher von Braun, the greatest rocket scientist in human history.

Click that image for a very high resolution version and click here to read more about von Braun.

Published by Ben Branch - October 19th 2011
Related Posts
The Most Beautiful Motorhome Of The 20th Century? This Is The 1937 Western Clipper

The 6.3 litre V12 engine fitted to the Lamborghini Murcielago is a direct descendant of the first V12 ever made by Lamborghini in 1963. This engine had a remarkable shelf life of well over 40…