This remarkable custom Ducati was built by German garage JvB Moto, it initially started life as a 1:12 scale model and was entered into the ”Design your Dream Ducati” contest organised by Ducati in 2004. The design, called “Flat Red” went on to win the competition and was then built full scale by JvB Moto.

With a weight of 160 kgs (352lbs) and a power rating of 85hp the low centre of gravity is said to give the bike outstanding cornering abilities, the wiring and electrics are all cleverly hidden under the fuel tank with a custom made air box having been designed to slot in above the motor.

The exhaust system is all handmade as is the seat and fuel tank, Flat Red is based on a stock 2002 Ducati 900SSie although little of the original bike’s exterior remains.

I wanted to find a compromise between the style of a classic, clean chopper and the performance of a superlight, fast and powerful sports bike. Inspired by old-school hot rods , I wanted to build a real rock`n roll bike. 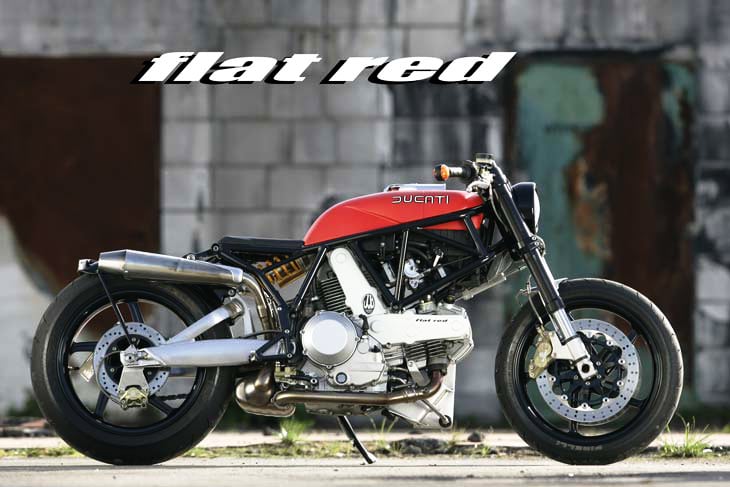 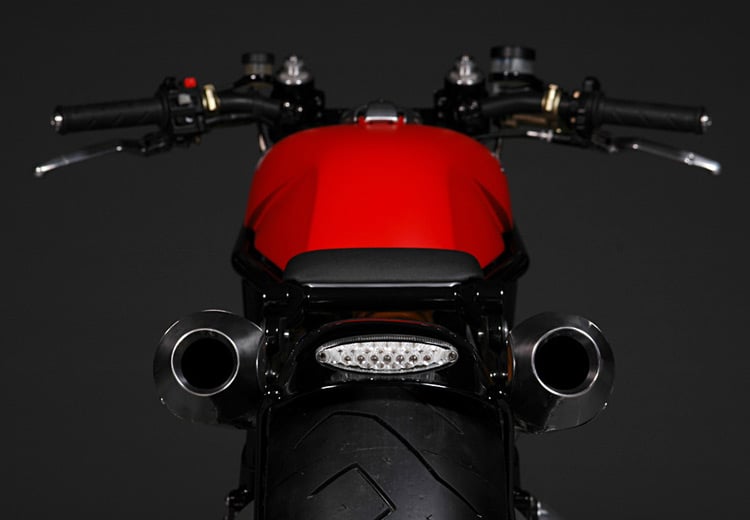 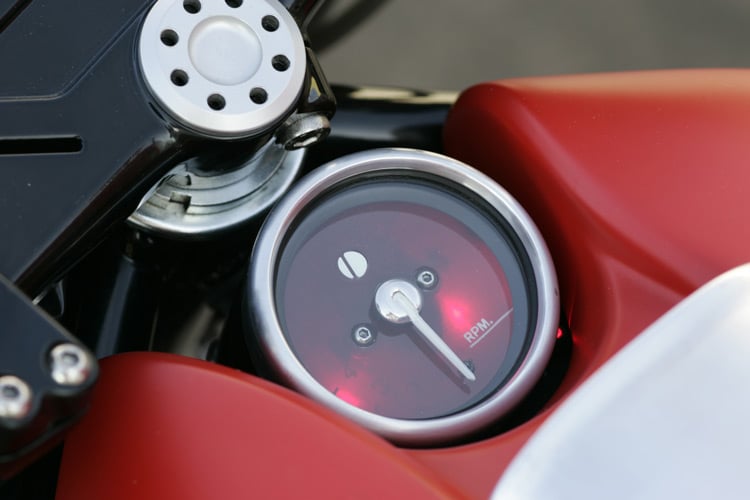 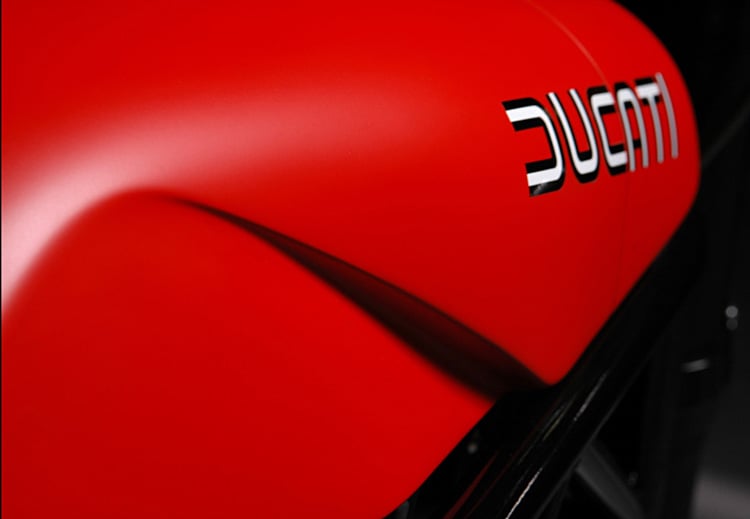 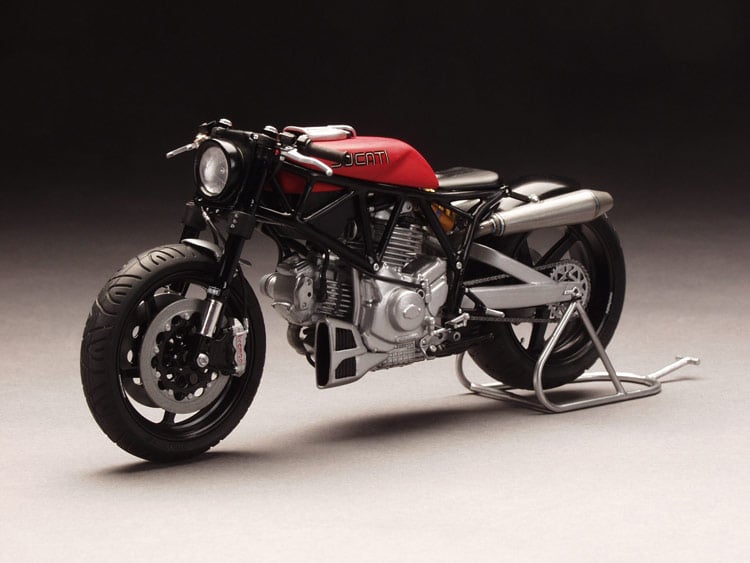 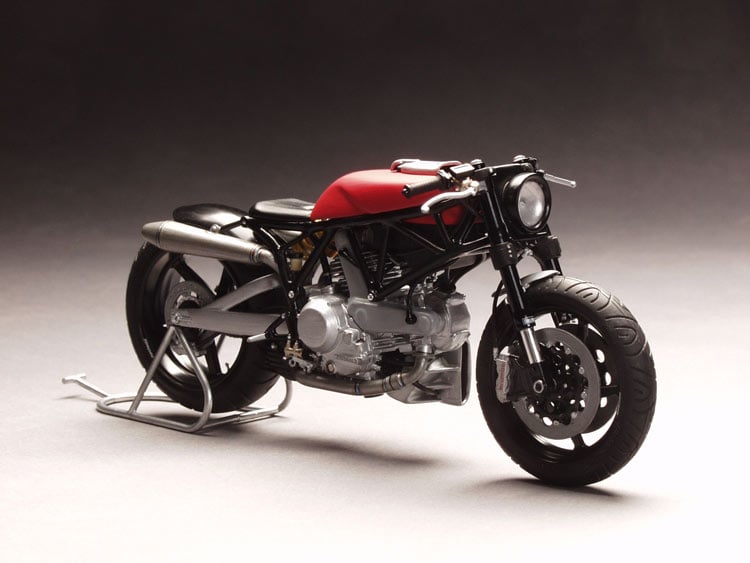 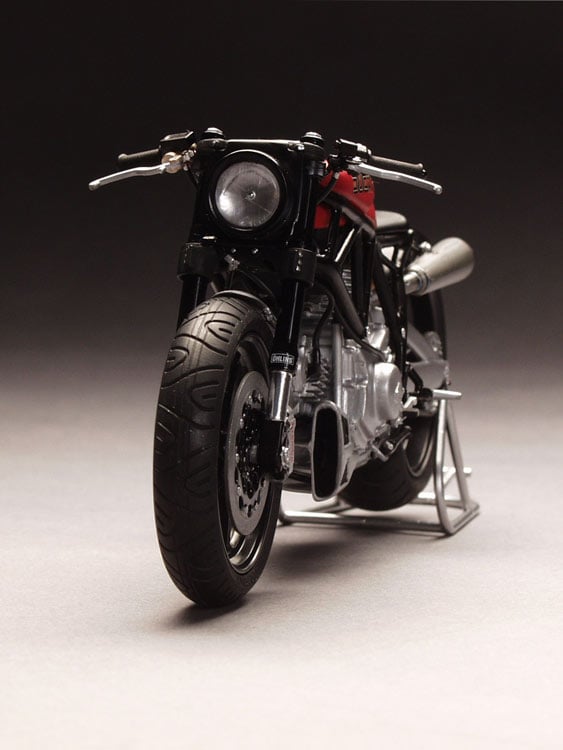 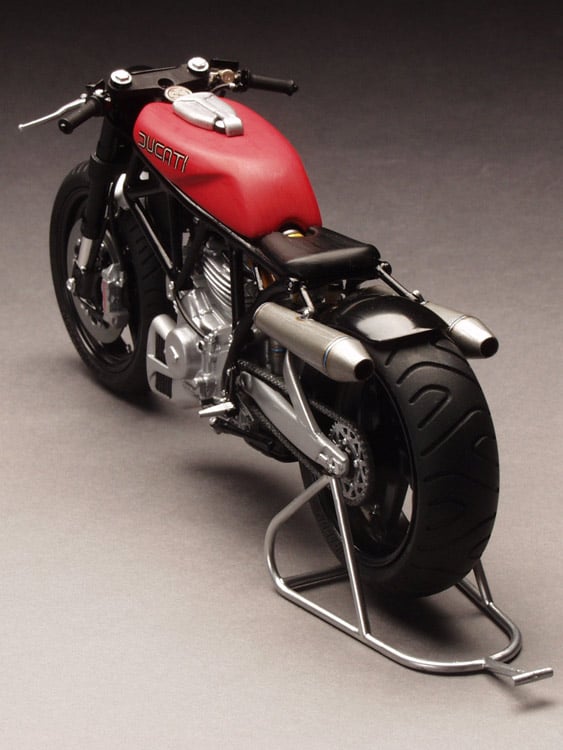 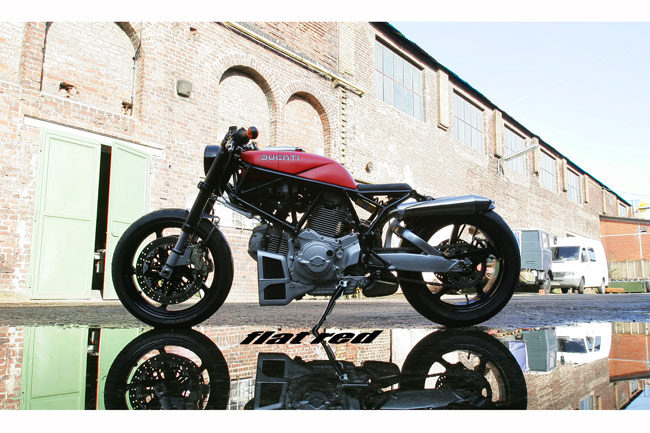