The Natural by The Tarantulas 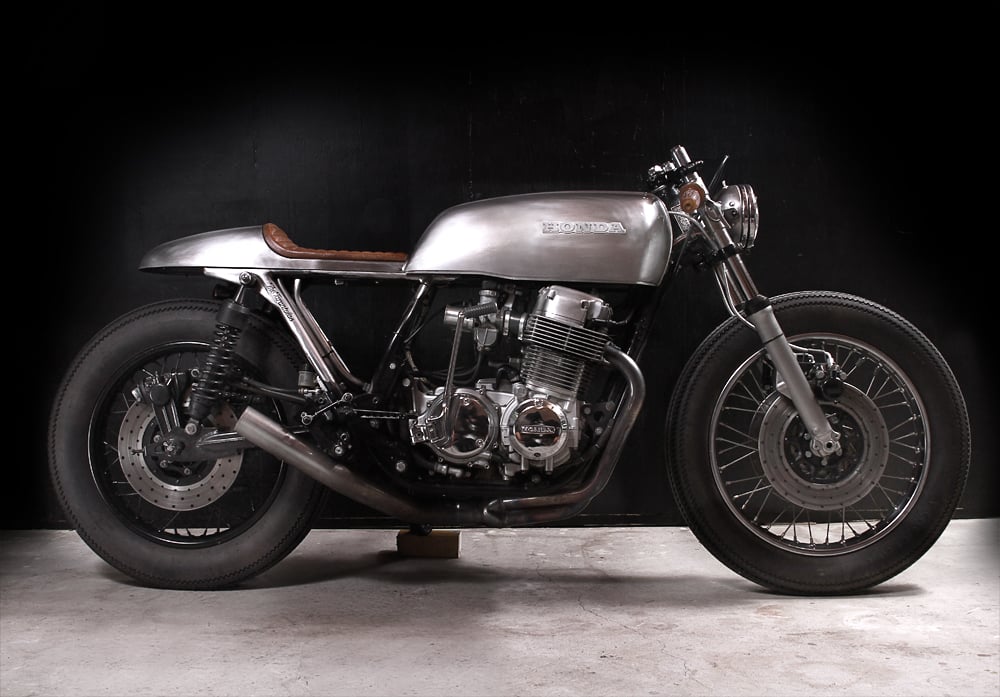 There’s a lot to be said for bare metal, on this particular bike I can’t imagine any paint job looking better than that brushed steel fuel tank and seat cowl.

This moto is one of the better Honda CB750 customs out there, it was built by The Tarantulas, a Portland based custom motorcycle garage with a serious talent for very tidy, minimalist engineering.

The contrast between the tan-leather and brushed steel works incredibly well on this bike, the custom upholstery was all done by the talented Ginger at New Church Moto, he’s available for custom jobs as well so hit that link if you need anything done. 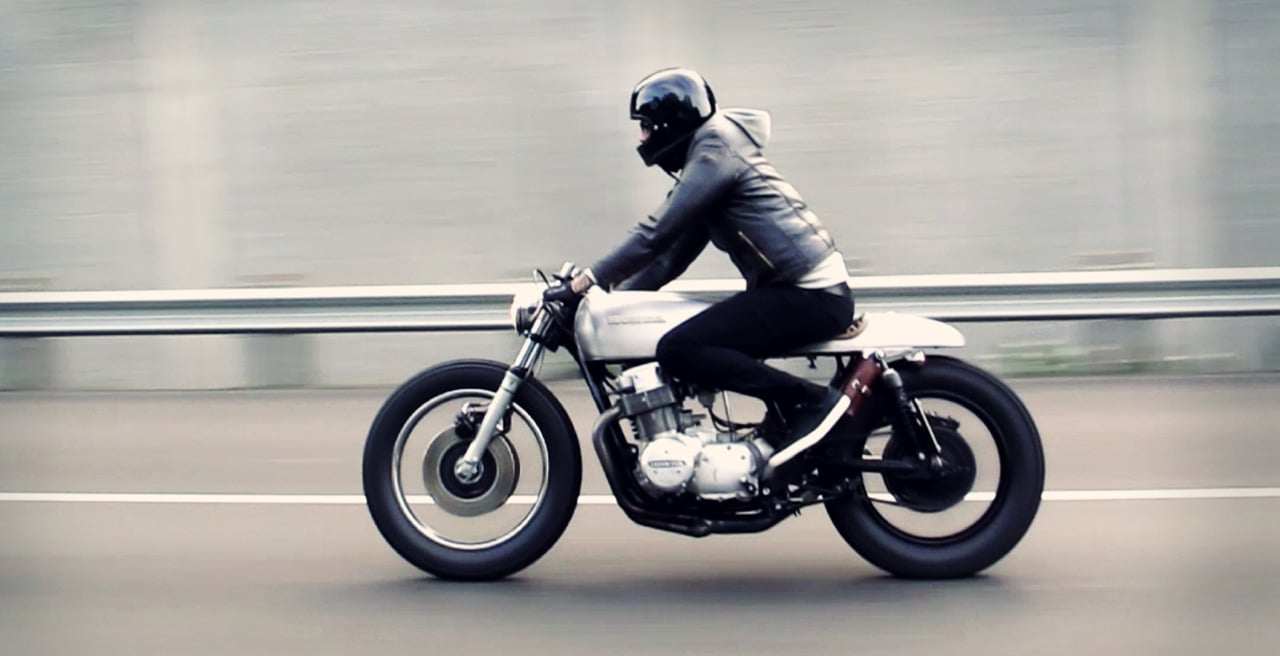 The custom rear cowl, oil tank, battery box, clip-ons and levers were all fabricated by James Crowe over at Crowe Customs, he’s also available for custom work if you’re looking for some modern blacksmithery. Hell, between Ginger and James you could probably get anything you want put together.

All in all this is one of the more well executed CB750s we’ve featured here for a while, and whilst a lot of that comes down to my preference for clean/minimalist design, I think this bike has a broader appeal that would captivate people regardless of their affinity for 2-wheeled machines.

Check out The Tarantulas for more great bikes. 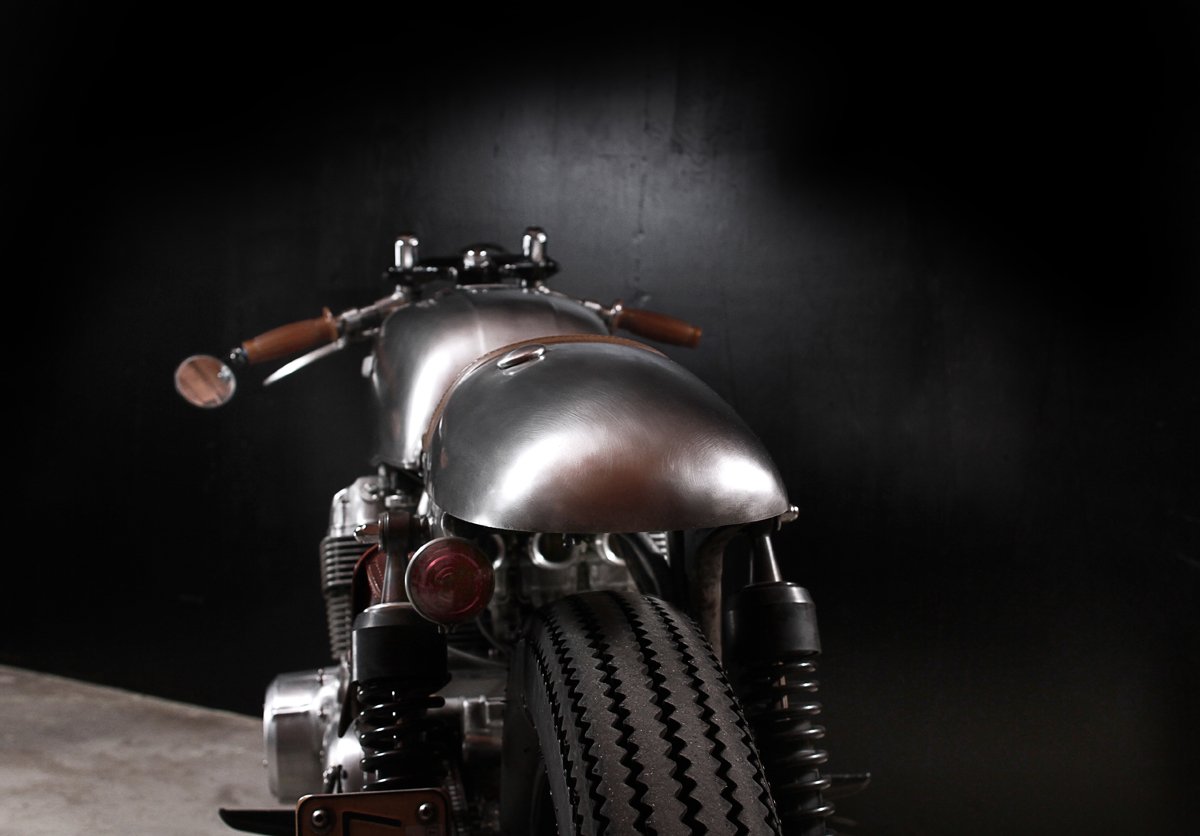 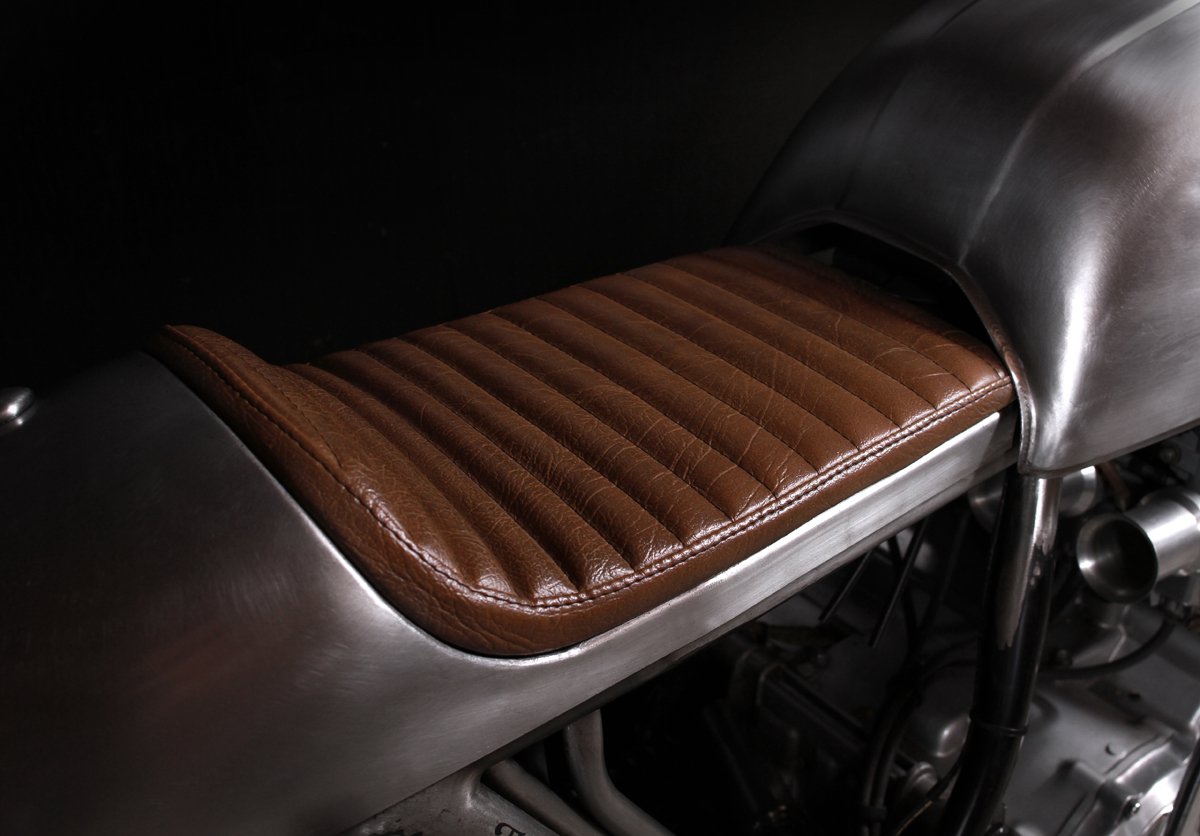 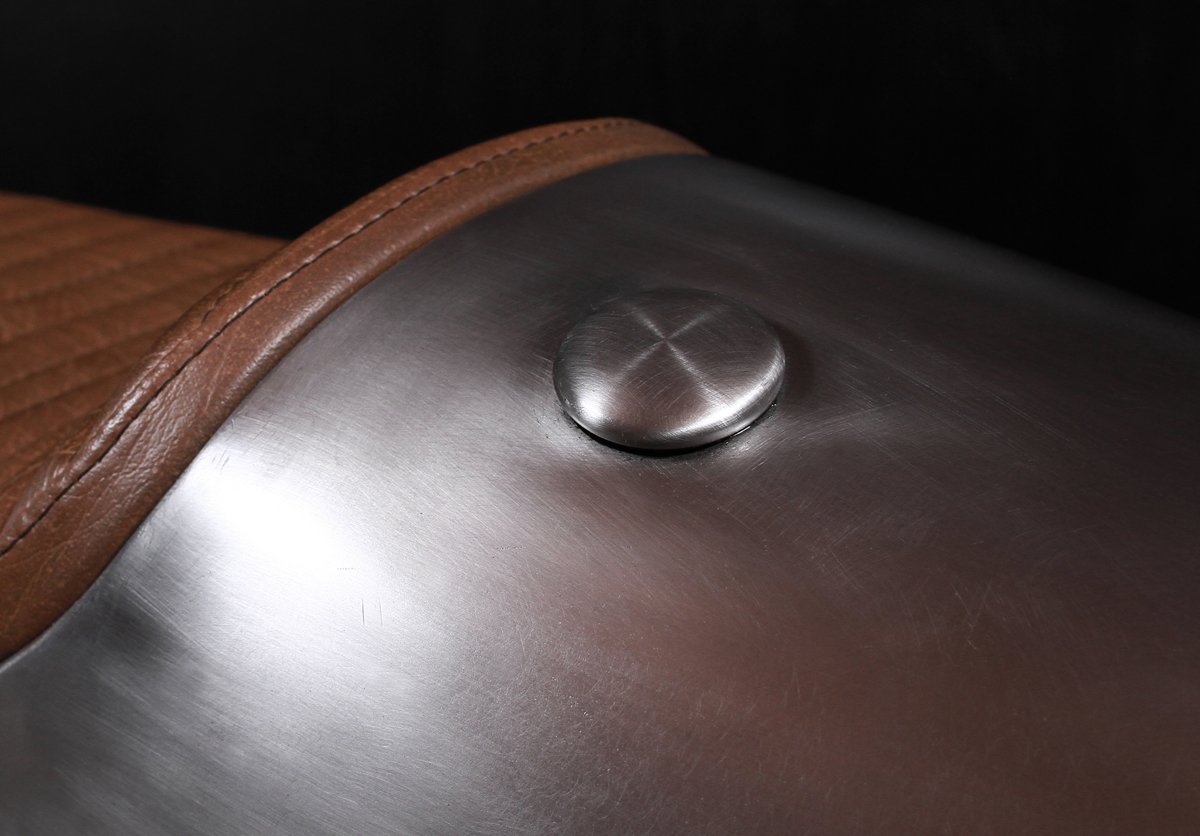 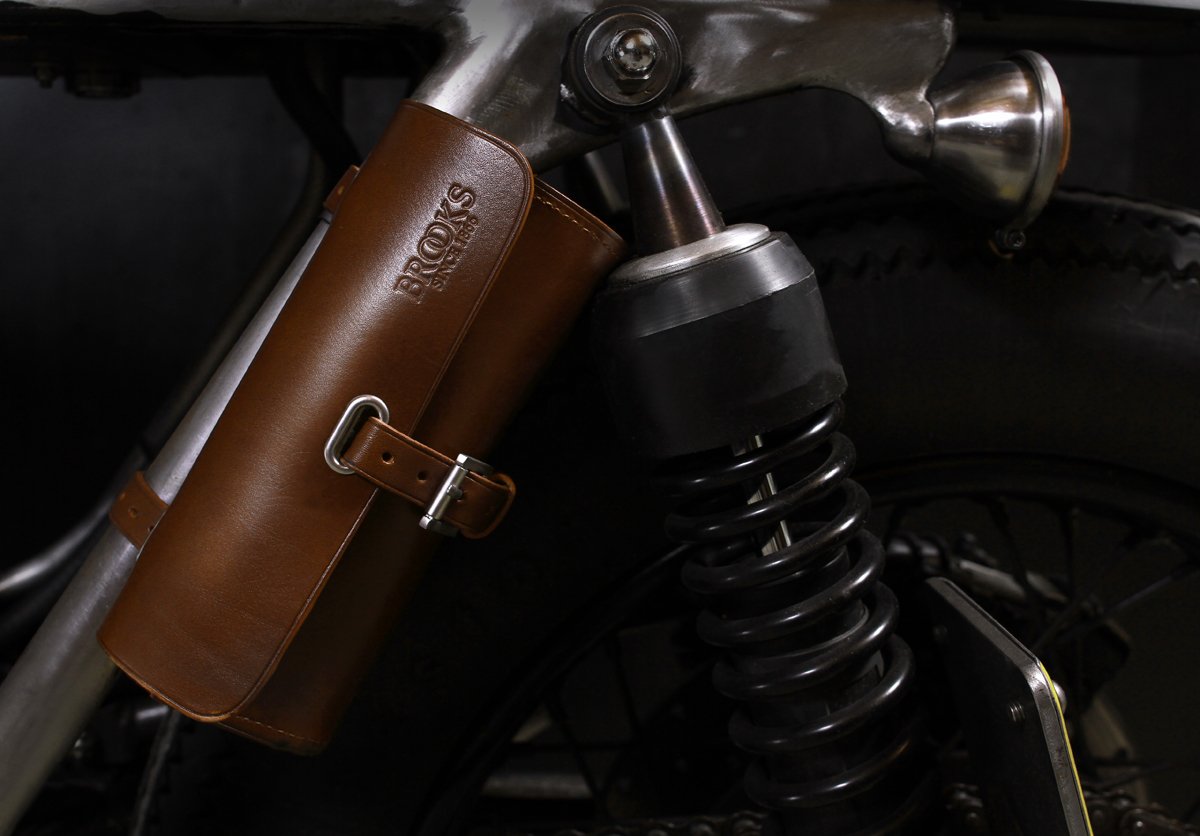 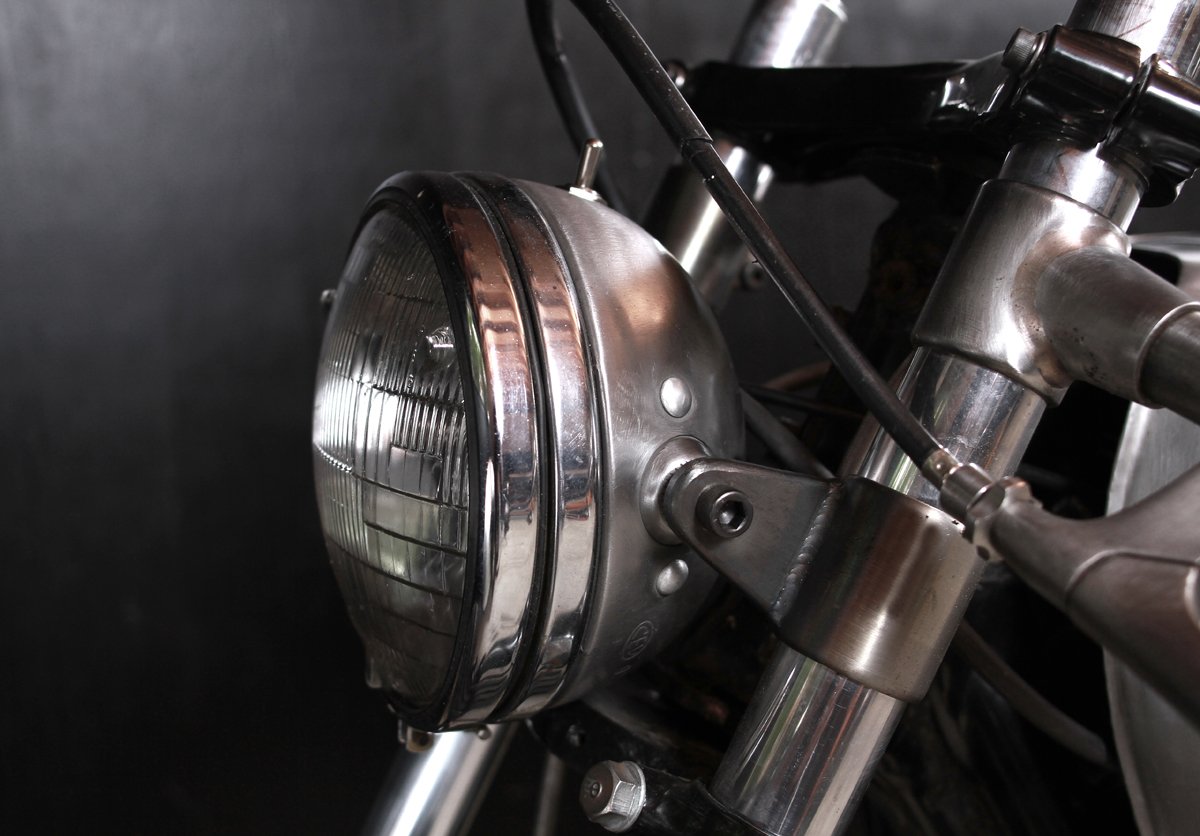