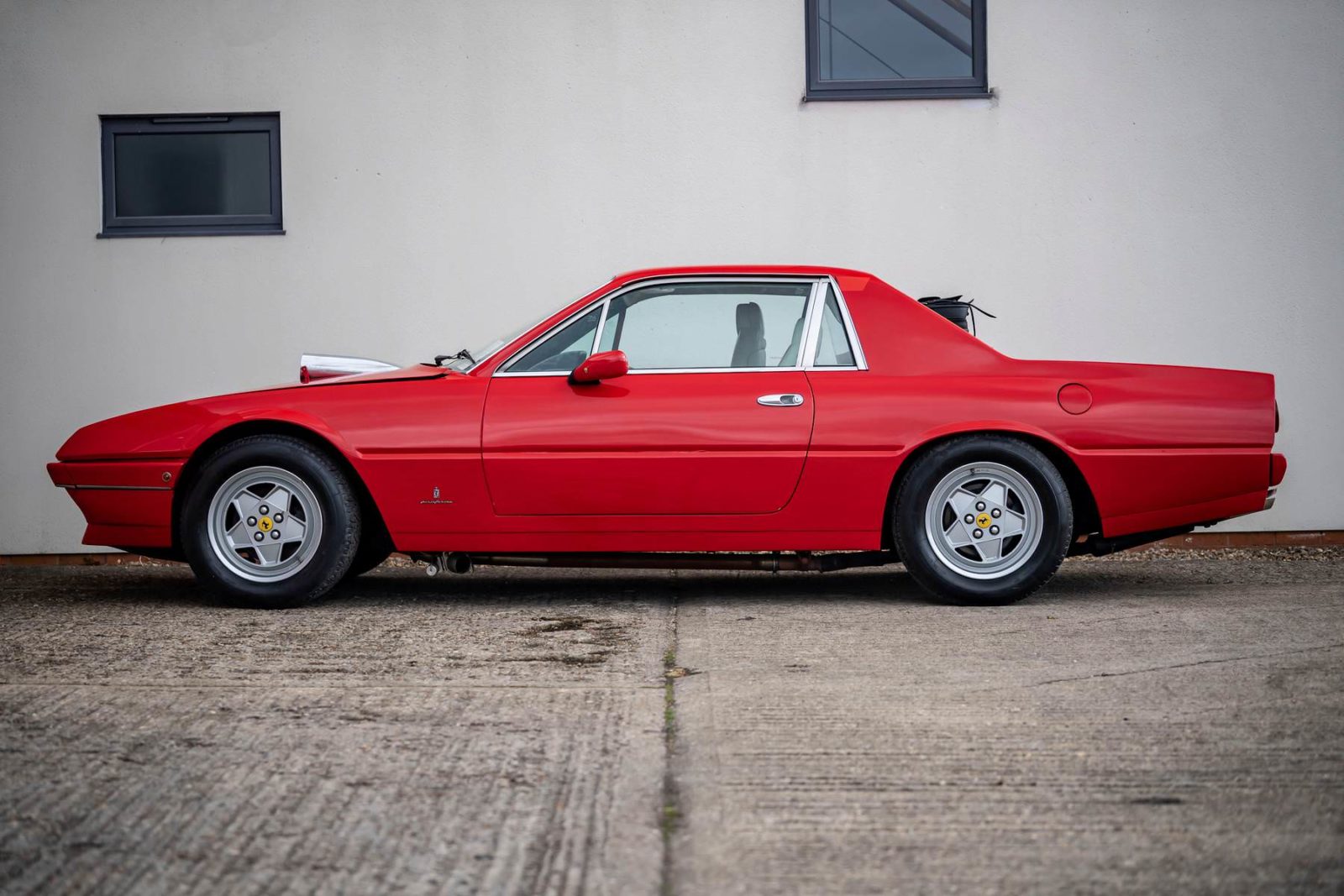 In the long and storied history of Ferrari the company has never built a pickup, or a “ute” as they’re called in Australia. This didn’t stop the team at the London Supercar Workshop from building their own – it’s based on a 1989 Ferrari 412 and it’s powered by a 5.7 liter small block Chevy V8.

The act of taking a Ferrari, chopping up its Pininfina designed body, then removing its Colombo V12 and replacing it with an American V8 would likely be enough to get you hung like Mussolini in much of Italy. Fortunately the car was built in England so its creators are still alive and kicking. 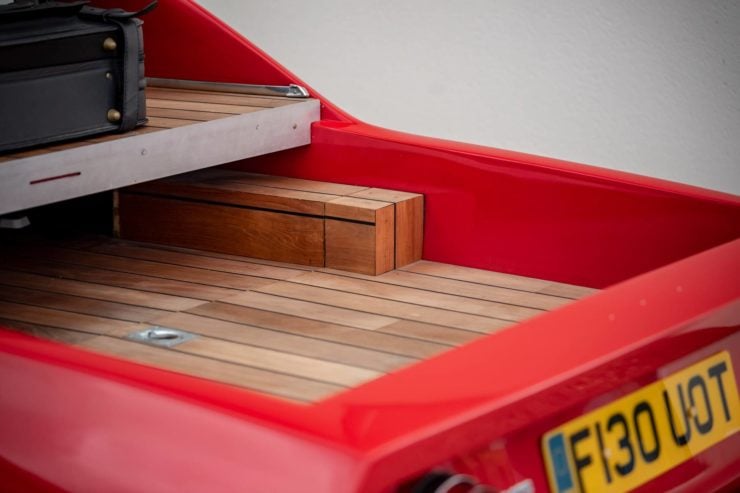 The rear cargo area doesn’t have a fold down tailgate, so you’ll have to heft any loads over the back. The bed is all lined with teak, and there’s an upper shelf for additional items.

Perhaps the most significant change when compared to the 400i was the fact that the engine had been bored out slightly, increasing the displacement from 4,823cc up to 4,942cc, with a corresponding 8% bump in power.

The 412 was also the first Ferrari fitted with Bosch ABS, a safety feature that was appearing in more and more passenger cars as the 1980s progressed.

Though the body and chassis was largely the same through the 16 year production of the 400 series there were some minor changes made here and there. The rear deck was raised for more luggage space, the side window trim was changed from chrome to black, and a deeper front spoiler was used for better aerodynamics.

The majority of 412s that were made were fitted with the optional 3-speed automatic transmission, though today its the cars with the 5-speed manual box that tend to get the best prices on the classic car market.

Each of the models in the Ferrari 400 series, including the 365 GT4 2+2, 400, and the 412 endured many years where they were considered “lesser” Ferraris, with prices and desirability more inline with other less desirable Ferraris like the Mondial and 308 GT4.

Above Video: This walk around video gives you a good idea of how the car will look in person.

In more recent years the 400 series cars have enjoyed a surge in popularity, possibly helped along by the inclusion of a Ferrari 400 in the Human After All music video by Daft Punk in 2005.

The car you see here lit up the internet when it was built back in 2013 for the Ultimate Wheels television series. It was built by X Elo and Will, the show’s hosts, and it caused no small amount of controversy.

The car had its original quad cam Colombo V12 removed by a previous owner, apparently as it was the cause of too many troubles. It was replaced with a reliable but far less exotic Chevy small block V8 mated to a 3-speed automatic transmission.

This engine conversion is likely the reason that the car was priced low enough for inclusion in the TV series, and perhaps also the reason it was seen as a good target for customizing – as no matching numbers car would be harmed.

During the build the rear roofline was completely changed, the C pillar was brought forward almost up to the B pillar and the rear section was converted into a cargo bay. The car has no rear tailgate so any cargo will need to be lifted in and out, and the floor of the rear section has been covered in teak decking. 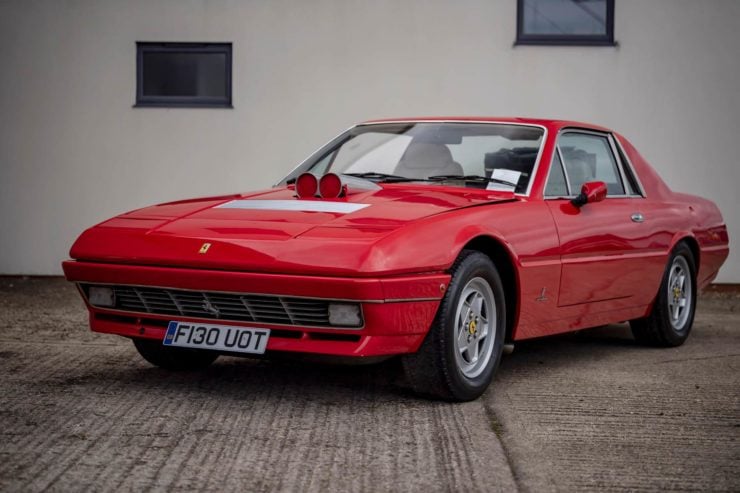 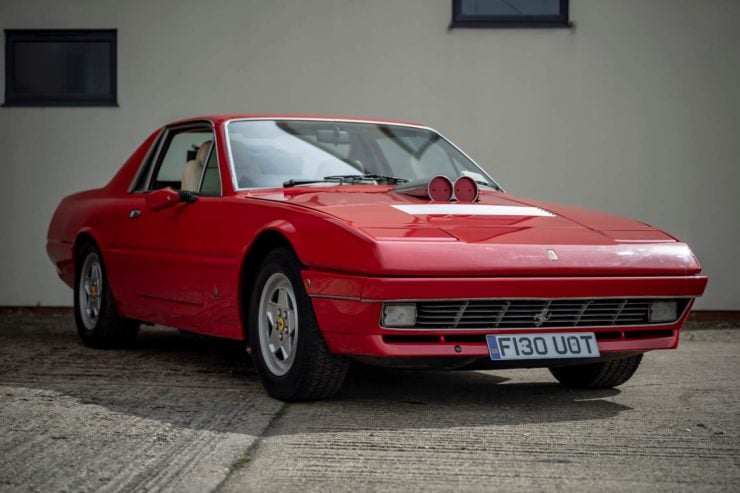 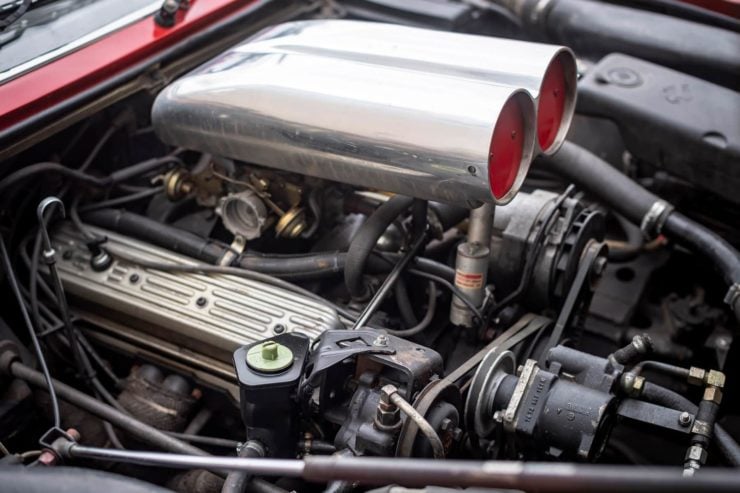 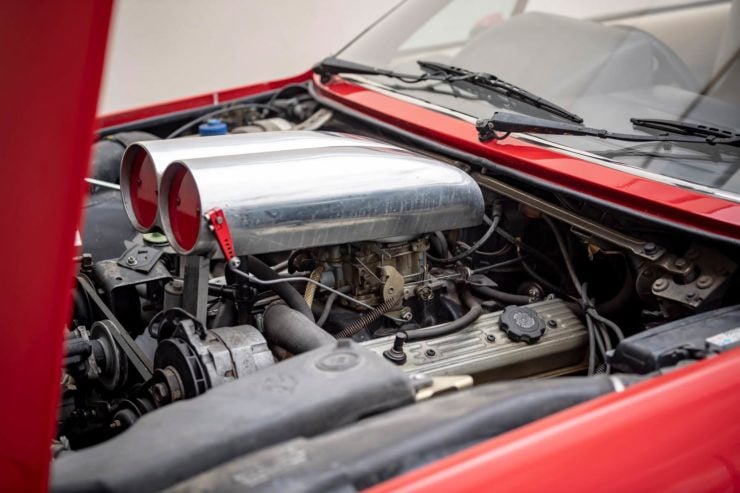 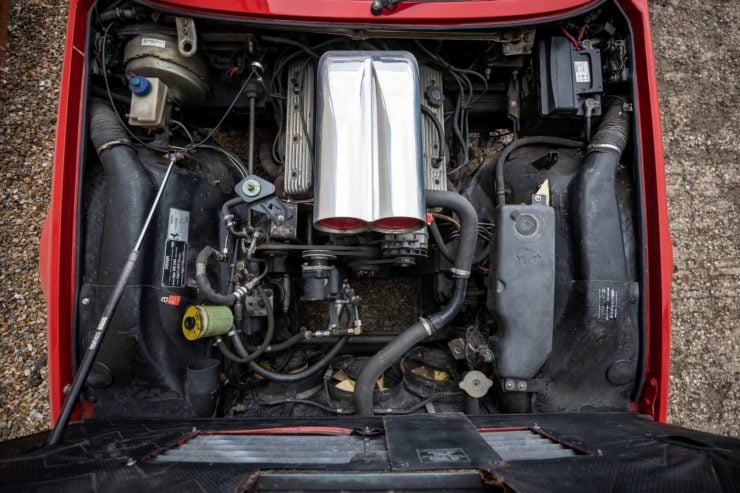 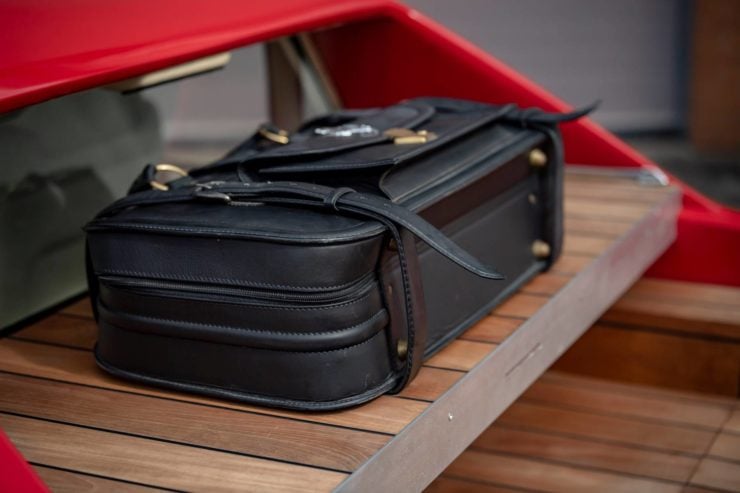 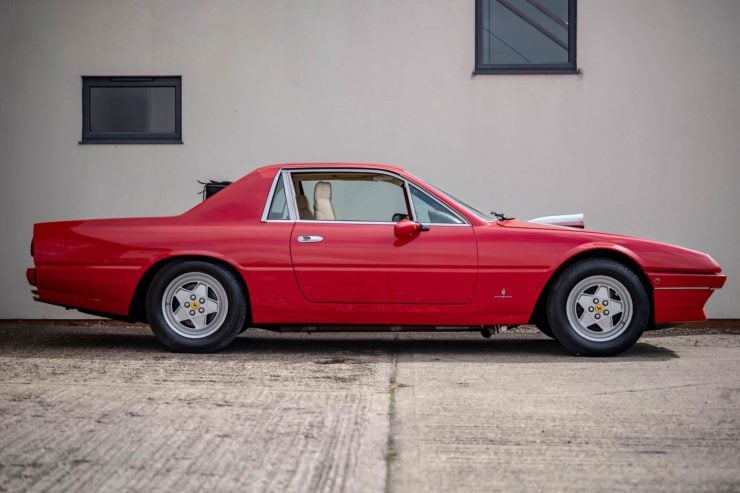 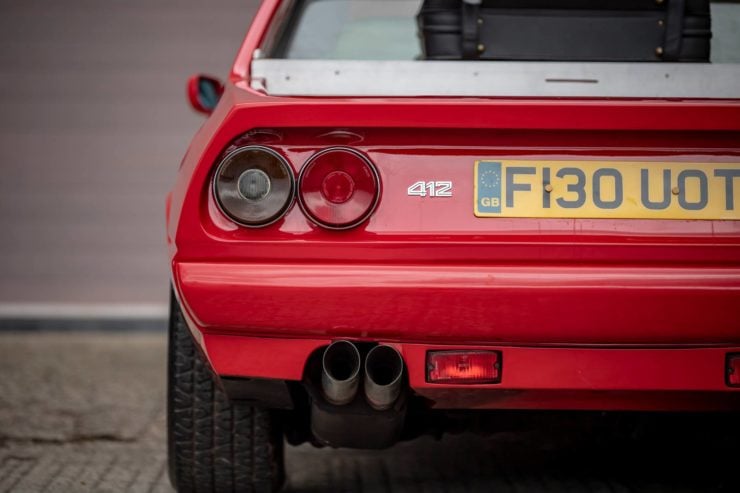 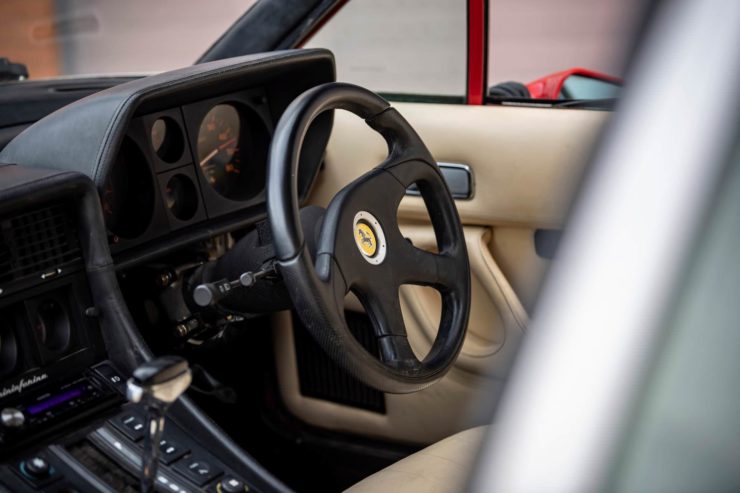 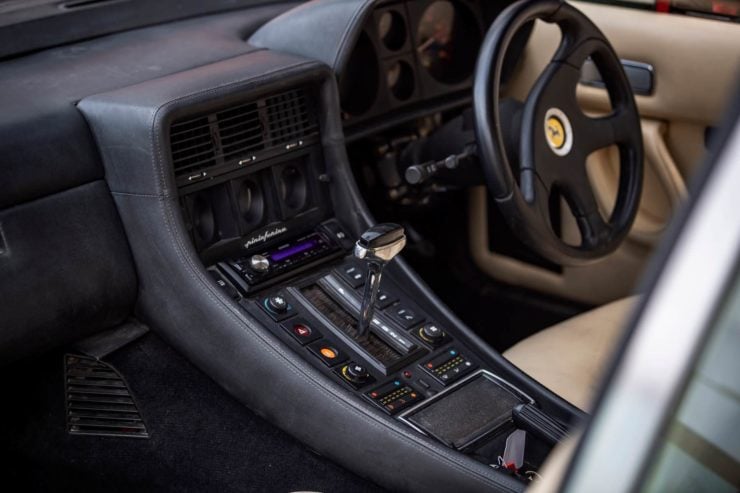 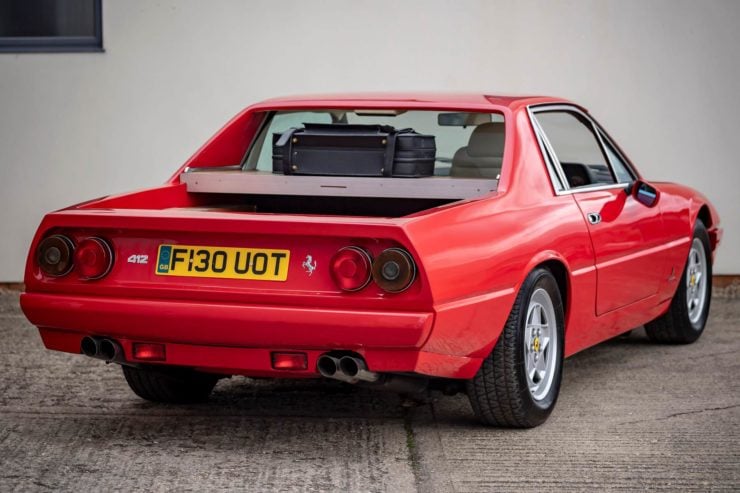