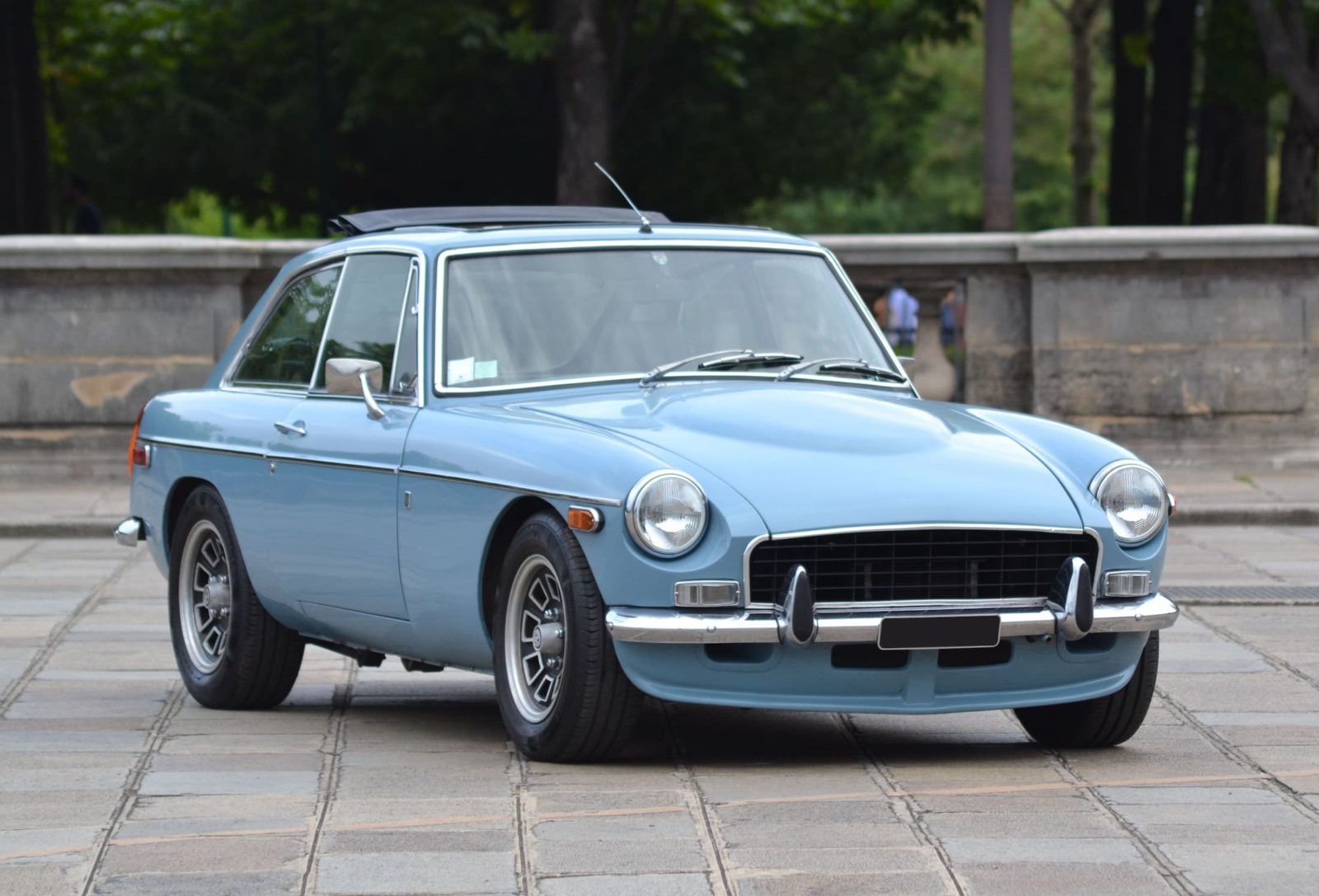 Ken Costello is a name that deserves to be better known in automotive circles, he’s been called “the British answer to Carroll Shelby” and and it’s an apt comparison – Costello was a multiple race winning racing driver who developed his own V8 version of a popular British roadster, just like Carroll Shelby.

Ken Costello And His Grand Idea

Ken Costello was born in Kent in Southern England, he had an early aptitude for cars and so when he was old enough he enrolled at Woolwich Polytechnic to study automotive engineering. 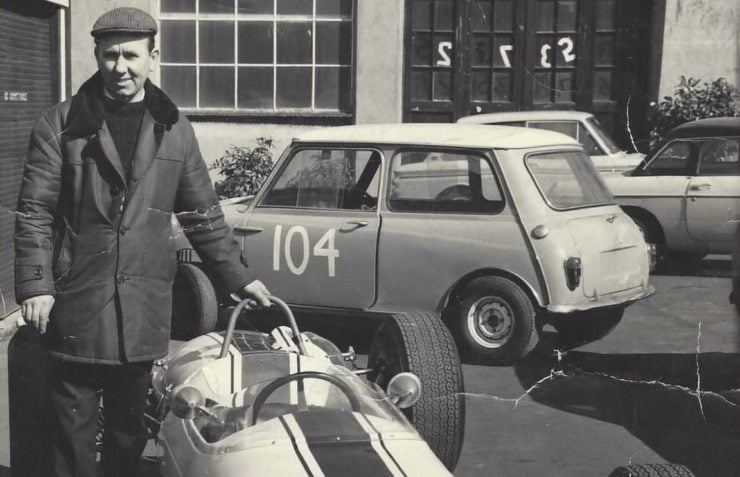 Early in his adult life Ken would get into automobile racing, he showed remarkable talent and would frequently beat cars with engines twice the displacement of his own little Minis. His success as a driver didn’t go unnoticed, and he was hired as a driver for the 1966 movie Grand Prix starring James Garner – one of the biggest movie stars in the world at the time.

His racing career culminated in 1967 when he won the 1967 Redex British Saloon Car Championship, this would have ensured that his name was always remembered, but today he’s better known for his foray into low-volume specialist vehicle production with the Costello V8.

In the late 1960s Ken Costello would spy a Rover V8 on the floor of a workshop called at Pipers Garage in England. He marveled at the small size of the 3.5 liter engine and its low weight thanks to its aluminum alloy block and heads, and he realized it could probably be made to fit neatly into the engine bay of the MGB. 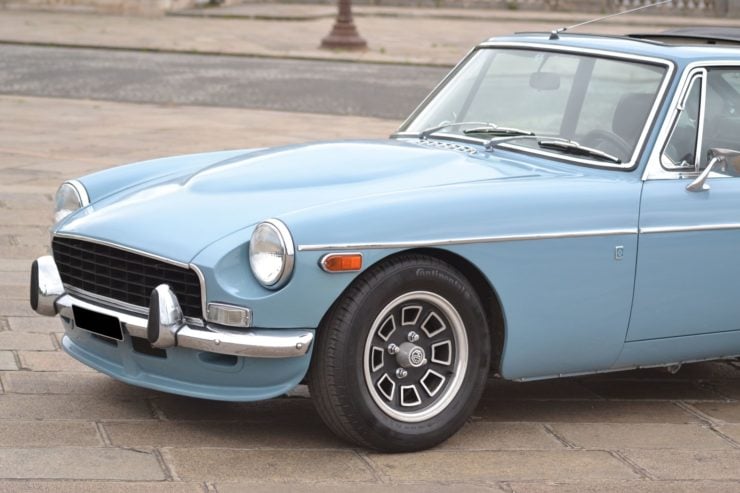 There are only a few minor external clues that this is a far more powerful car than the regular MGB GT. The power bulge in the hood, the “egg-box” radiator grille, and the Jensen alloy wheels are the most obvious.

What Ken didn’t know at this time was that the engineers at the British Leyland had been tasked with seeing if they could fit Rover’s new V8 into the MGB engine bay. Try as they might they couldn’t manage it, and their final report noted that the MGB would need to be widened at least 3.5″ in order to make the engine fit.

As the saying goes, “those who say it can’t be done shouldn’t get in the way of those who are doing it.” It took Costello less than six months to figure out the packaging of the Rover V8 in the MGB engine bay, with minimal modifications, working alone using a red MGB roadster borrowed from an Insurance Assessor friend.

Demand was so high for this new custom-built V8 British sports car that Costello was inundated with orders, he set up a company and began building the cars to order. 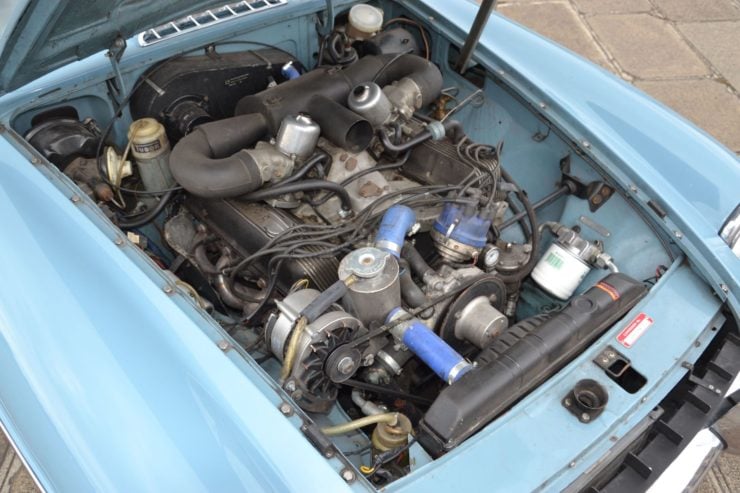 Unsurprisingly the executives at the British Leyland soon learned of this new venture, they showed much interest and asked Costello to bring one of his cars out to the factory so they could take a look at it.

He agreed to the request and the car was inspected with much interest. In fact British Leyland inspected it at least twice before deciding to essentially copy much of his work and release their own factory version of the car.

This was bad news for Costello as there was no way he could really compete with the lower cost of the official MGB GT V8, and after approximately 225 Costello V8s had been built he would shutter production. British Leyland never paid him a penny for his work.

Today the surviving Costello V8s are among the most collectible MGBs in the world, a few dozen are known to survive, and the company was reformed many years ago to supply parts and do restorations on the surviving cars. 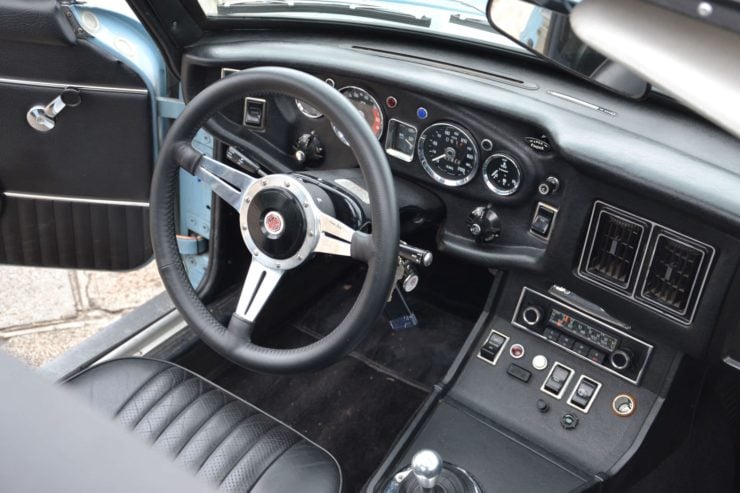 The interior of the car remains largely original, and this car is fitted with the rarer sunroof option.

The car you see here was originally built by Costello using a 1972 MGB GT, it was fitted with a 3.5 liter Rover V8 which was mated to a Borg Warner T35 automatic gearbox.

It has a certificate of authenticity signed by Ken Costello himself and it was originally ordered new by a soldier in Quebec. The car was brought back to Europe in the early 2000s and bought by a French collector who carried out a restoration.

The car is now fitted with a more powerful 3.9 liter Rover V8 engine mated to a more sporting manual gearbox. €15,000 is said to have been spent at Belgian specialist Atelier du Mecano refurbishing much of the driveline.

The car is now due to cross the auction block with Artcurial at the Le Mans Classic Sale on the 2nd of July. The price guide is $42,000 – $63,000 USD and you can visit the listing here if you’d like to read more or register to bid. 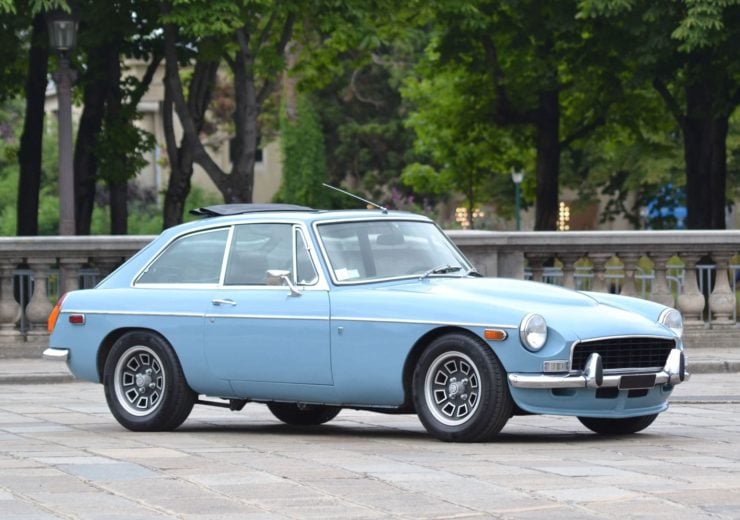 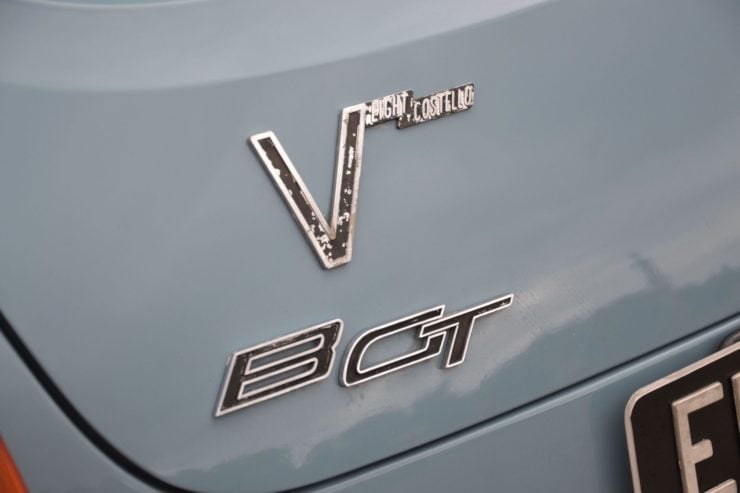 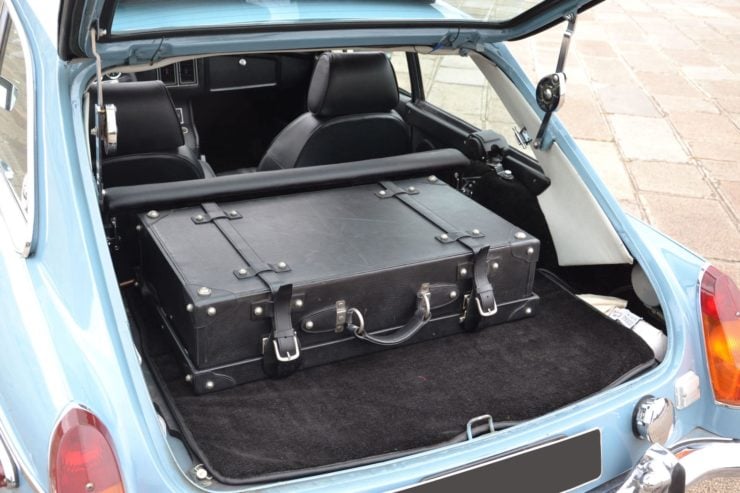 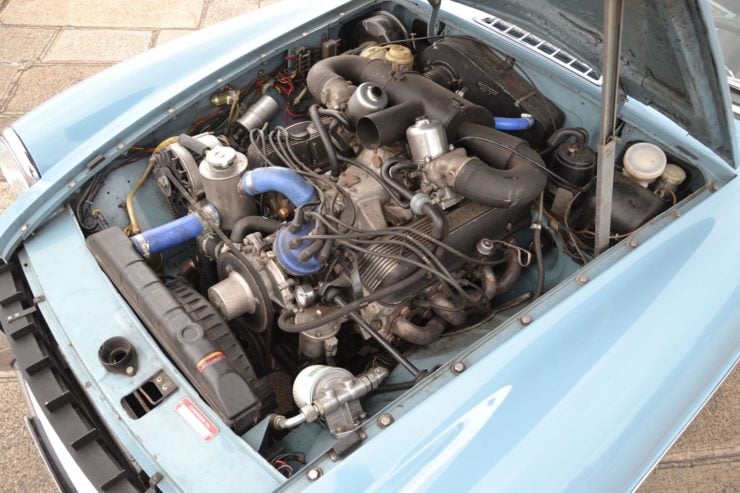 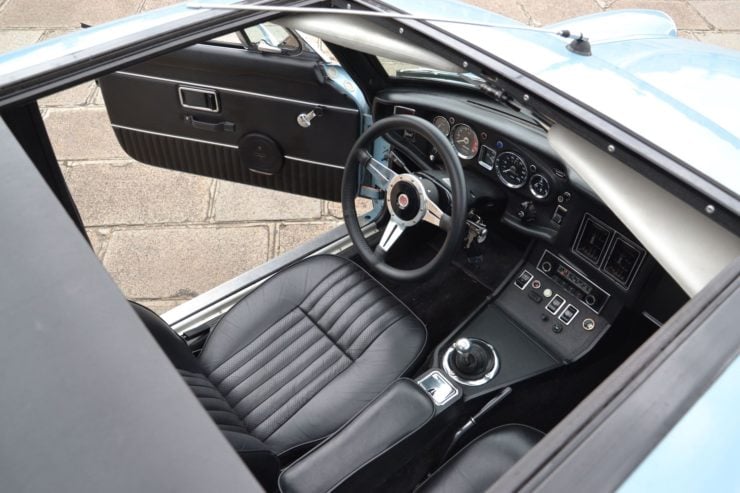 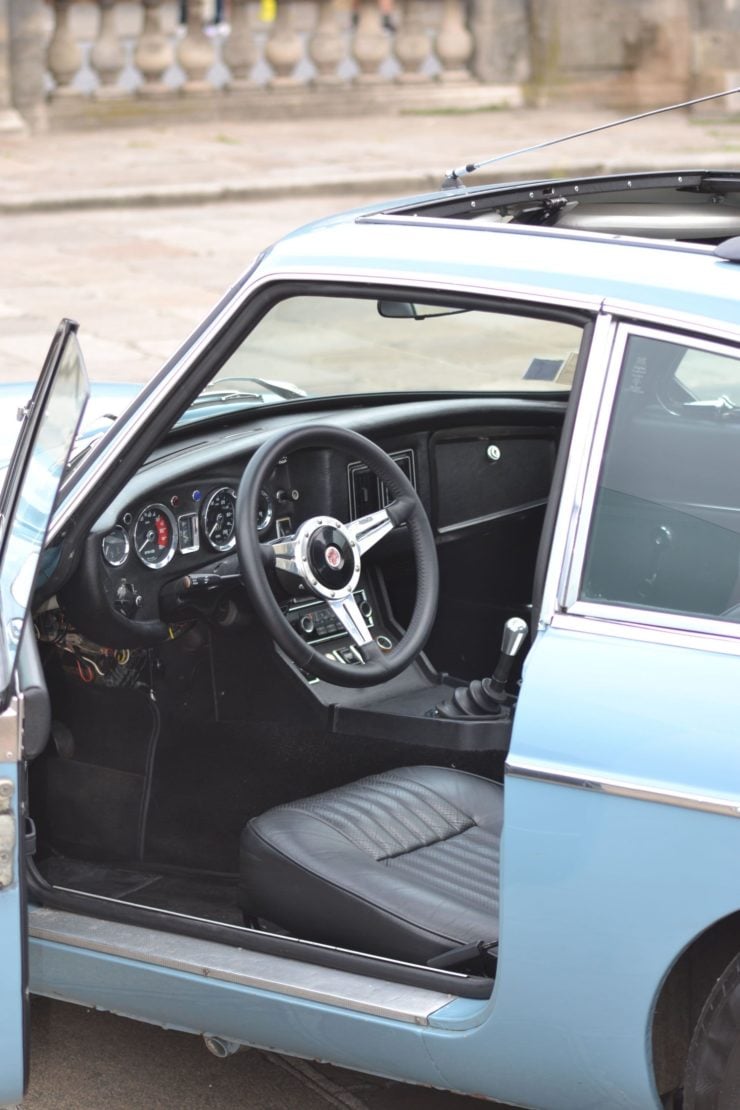 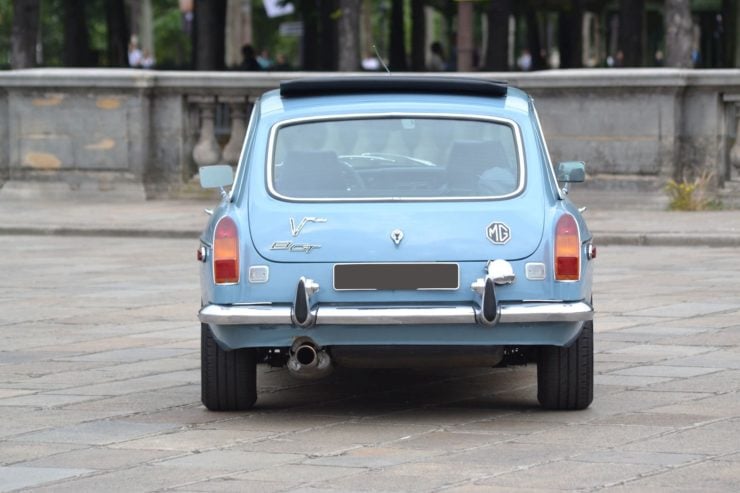 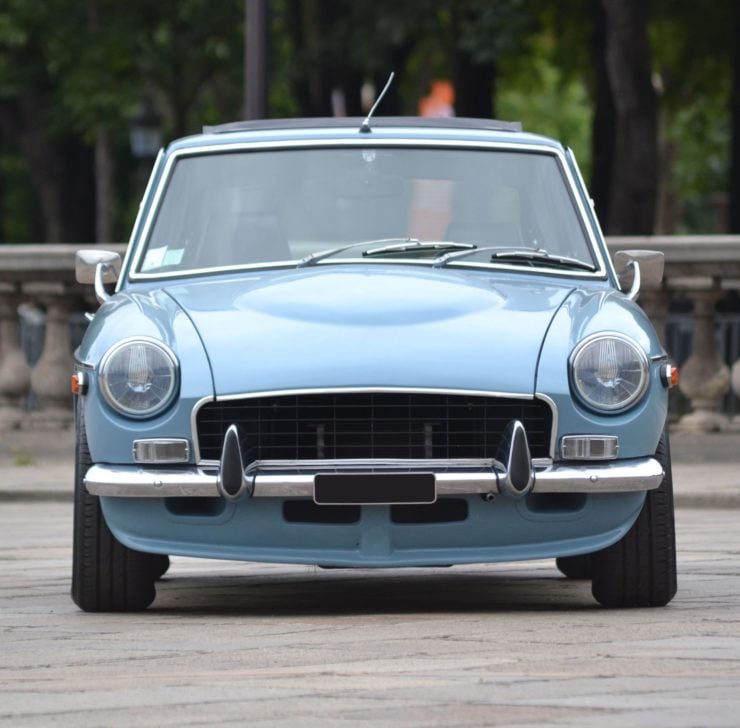 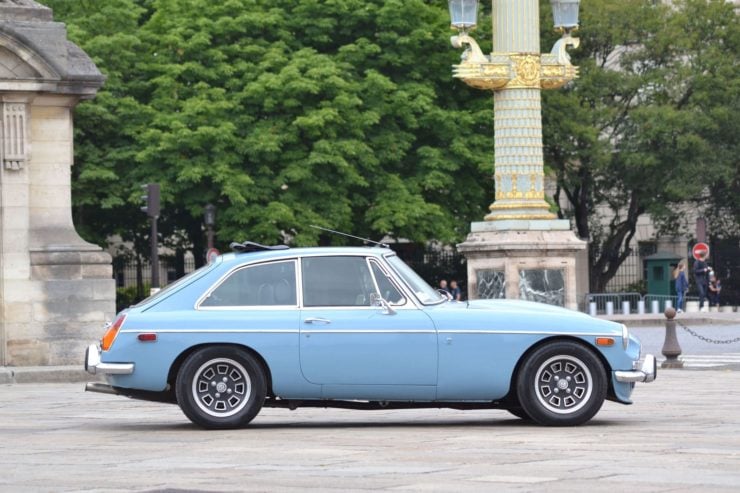 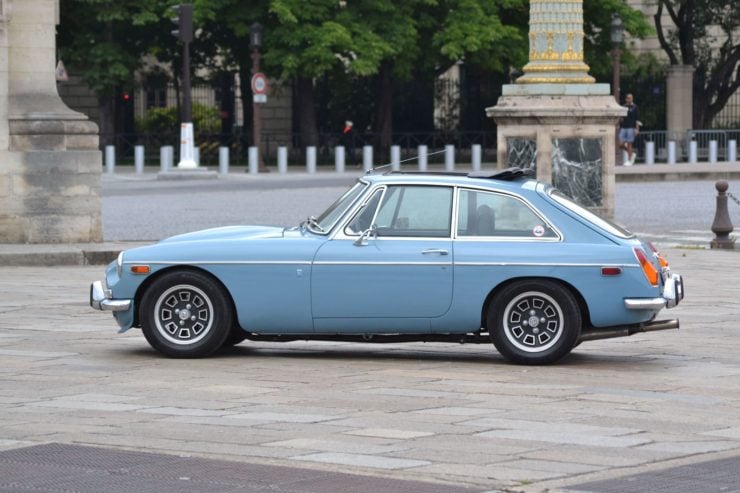 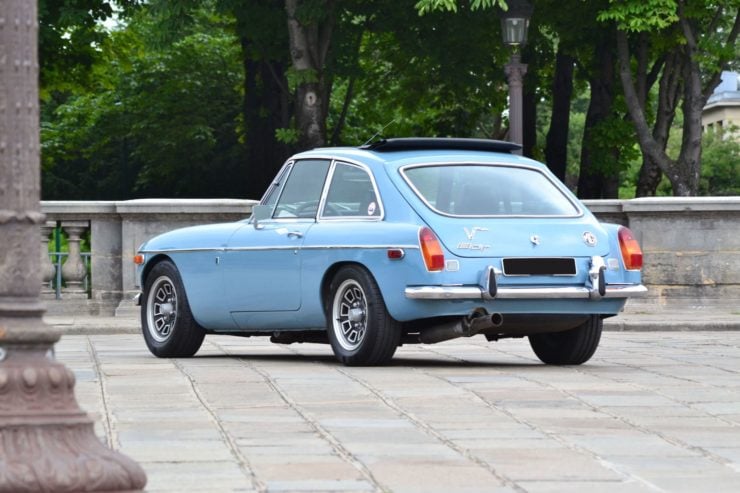