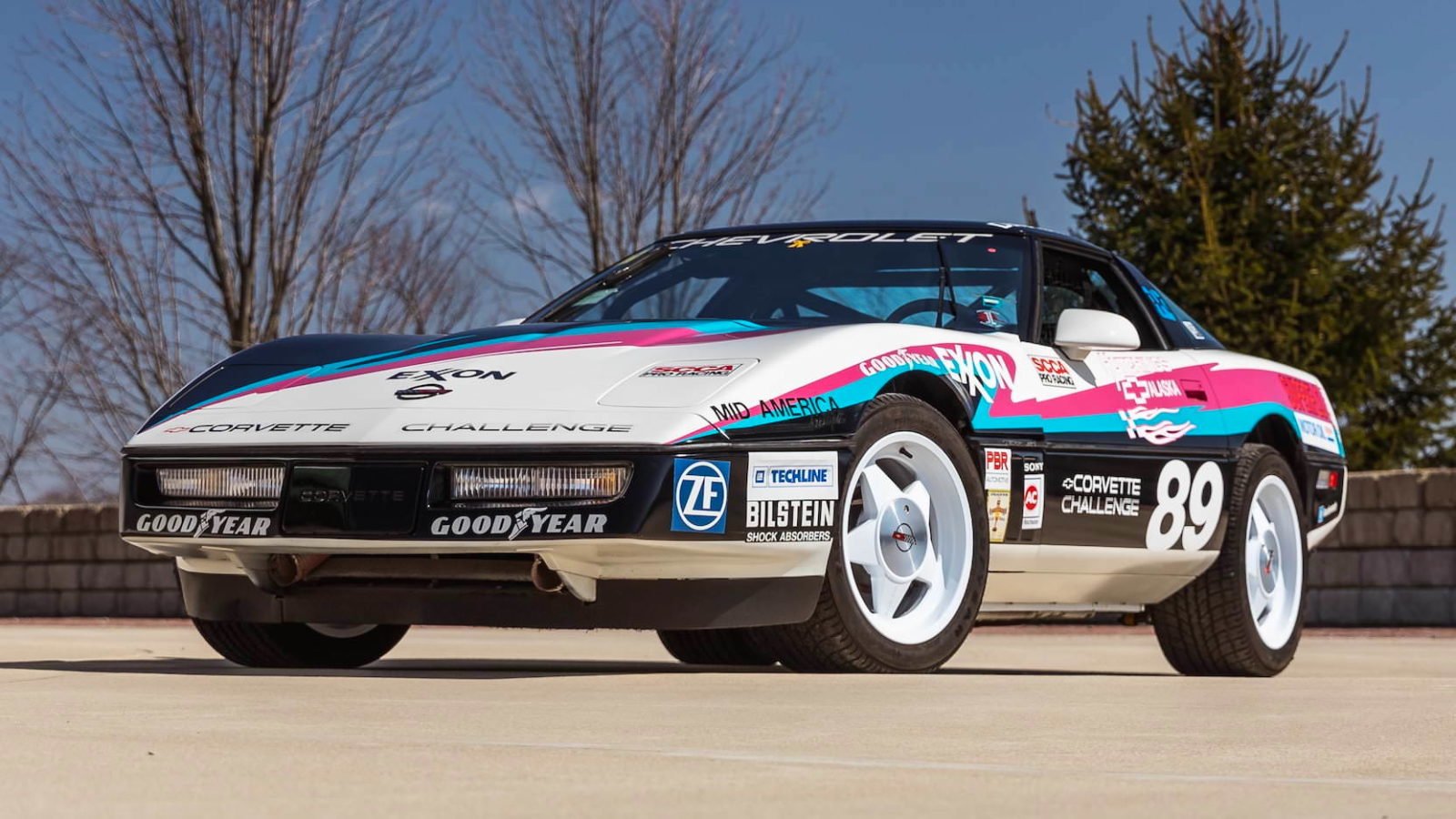 The C4 Corvette is perhaps one of the most underrated of the 1980s-era American sports cars, they’re still remarkably cheap in the United States, and for the performance they offer, its hard to argue that they don’t offer a lot of bang for their buck.

Above Video: This Chevrolet film covers a race in this 1988 Corvette Challenge season, in some of the highlights reels you can see the full-contact nature of the racing that this series became famous for.

Detractors will tell you that the chassis isn’t rigid enough, that the fit and finish isn’t as good as comparable European cars, and that the early C4s came with weird 4+3 manual transmissions.

The truth is that if you want a stiffer chassis there are $500 bolt-on kits for that very purpose, the fit and finish isn’t that bad once you remember that this is an 80s car, and that odd 4+3 transmission – with 4-speeds and overdrive on the top three gears – was replaced with a proper ZF 6-speed in 1989.

Sure the C4 will never be the most desirable of the eight Corvette generations but given the growing popularity of Radwood and 80s-era modern classics, it’s surely just a matter of time before the C4 gets its dues.

Between 1988 and 1989 a racing series named the Corvette Challenge was broadcast into American homes via the SpeedVision channel on cable. The series had been founded as a consolation prize of sorts for the C4 getting dropped from the SCCA Showroom Stock series – a decision that is still being panned decades after it was made. 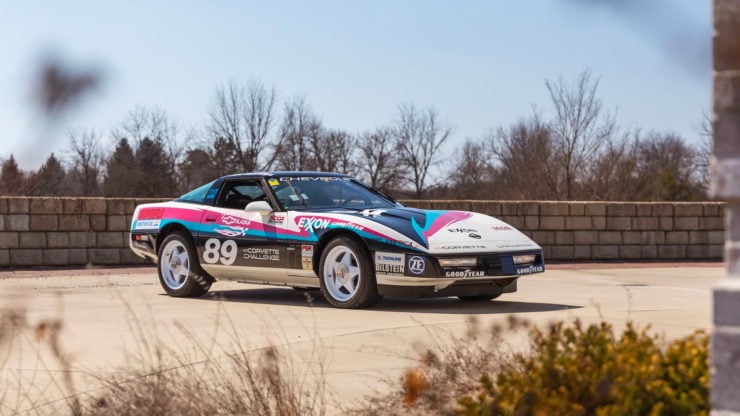 This Corvette Challenge car remains in remarkably original condition, its engine is still factory sealed, its safety equipment is all in place, as its its racing livery.

For the 1988 season there were 56 Corvettes built for the series, with the 4+3 Doug Nash manual transmission, the Z51 high-performance suspension package, and a low-restriction Desert Driveline exhaust.

A full gamut of safety gear was fitted including a roll cage, fire extinguishing system, and racing seats with harnesses.

The Corvette Challenge series quickly won a loyal fanbase thanks to the rough and tumble nature of the racing, with all cars being as close to identical as possible the races were a real test of driver skill and bravery – in many cases it was the most aggressive driver who would come out on top.

The promise of $1 million dollars in price money attracted a lot of up and coming drivers to the series, and it ensured that everyone was properly motivated to win.

It would be the 1989 season of the Corvette Challenge where things got really interesting. There had been some complaints during the ’88 season that not all of the cars had equal power levels, rumors abounded that some had applied performance upgrades to their cars.

As a result of this, and to ensure a level playing field, the 1989 cars would all have their engines removed and replaced with identical engines that had been prepared (and certified) by Chevrolet’s chosen race shop. 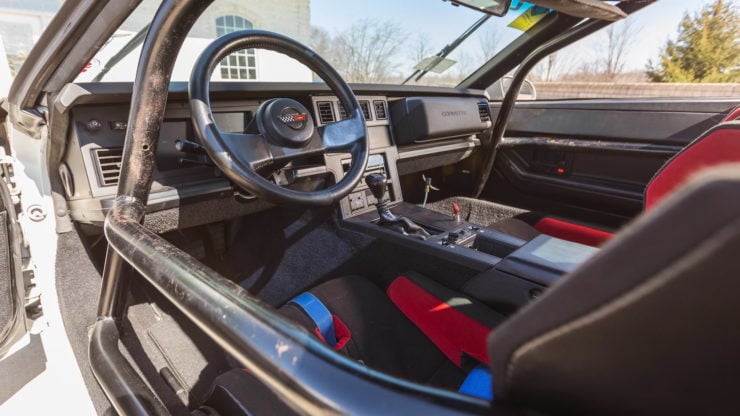 The ’89 cars also had full roll cages, fire extinguisher systems, racing seats with harnesses, and now for the first time, they had straight-through exhausts.

The 1989 season was just as hard-fought as the season before it, the series had developed a strong fanbase by this time and it was frequently a support series for CART or Trans-Am races.

Ultimately the series became too expensive to be viable long term, and 1989 would be the final season. The surviving Corvette Challenge C4s are now considered highly collectible by Corvette aficionados.

The car you see here is the number 89 car from the 1989 series, and unlike many of its contemporaries who had their racing engines removed at the end of the season, this car still has its fitted with the factory seals in place.

It was originally sponsored by Hutchings Chevrolet of Alaskaa and it comes with all the original racing equipment including a roll cage, fire suppression system, Corvette Challenge car seats and harnesses, brake ducts, a straight through exhaust system, an oil cooler, and magnesium Dymag wheels, and Goodyear Z-rated radial tires.

It has just 3,144 miles on the odometer and it’s now due to roll across the auction block with Mecum in May with no reserve price. If you’d like to read more or register to bid you can see the listing here. 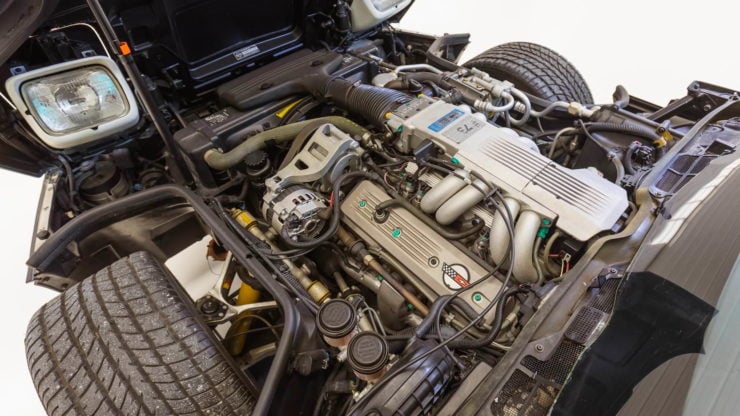 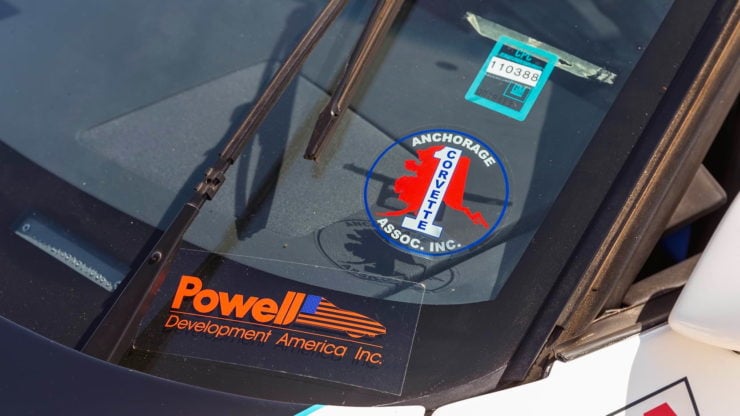 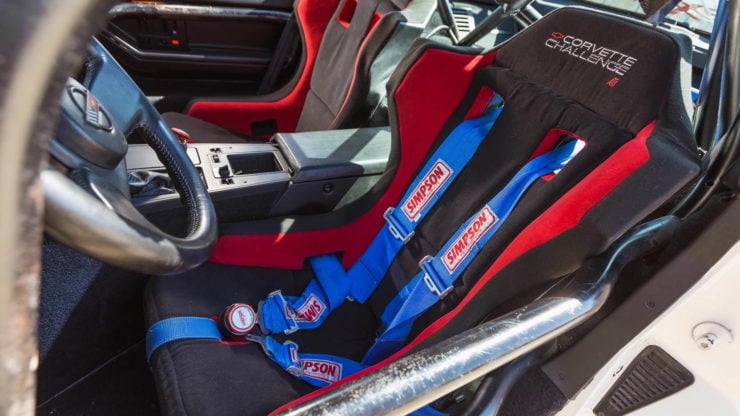 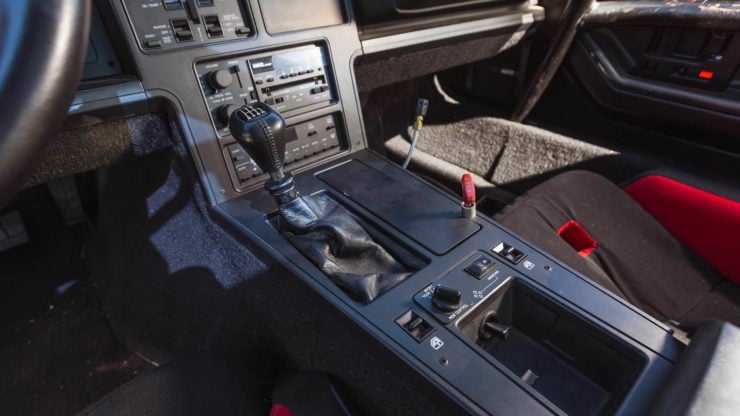 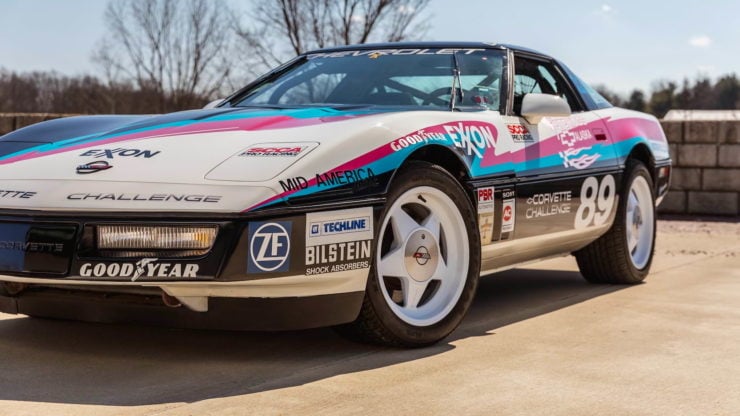 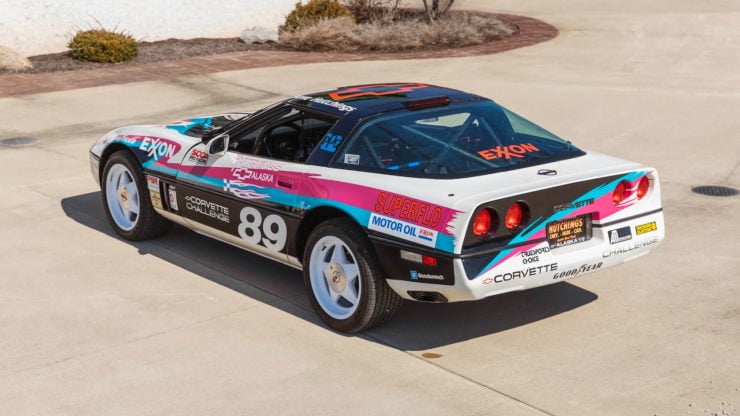 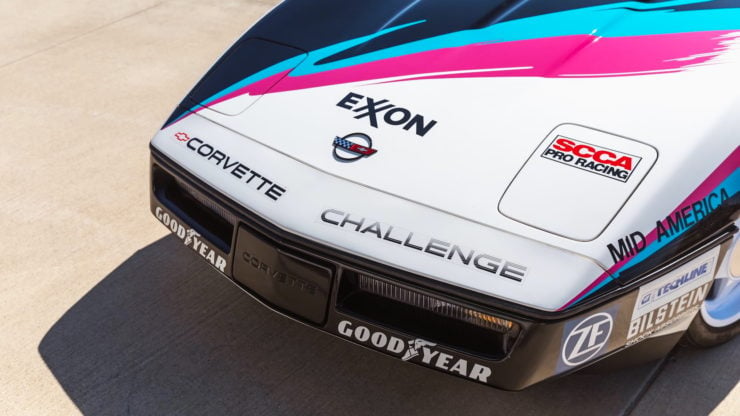 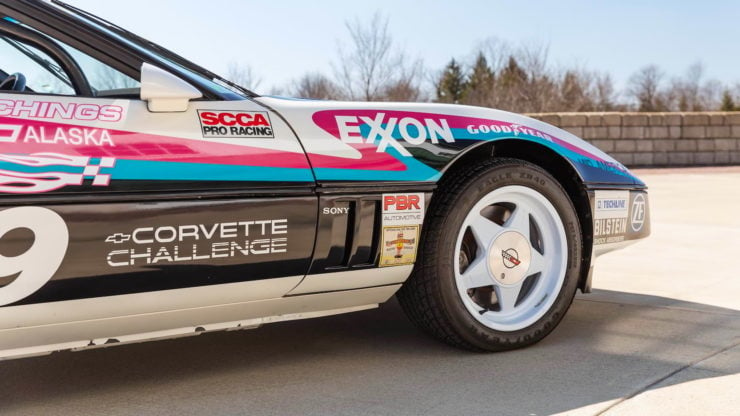 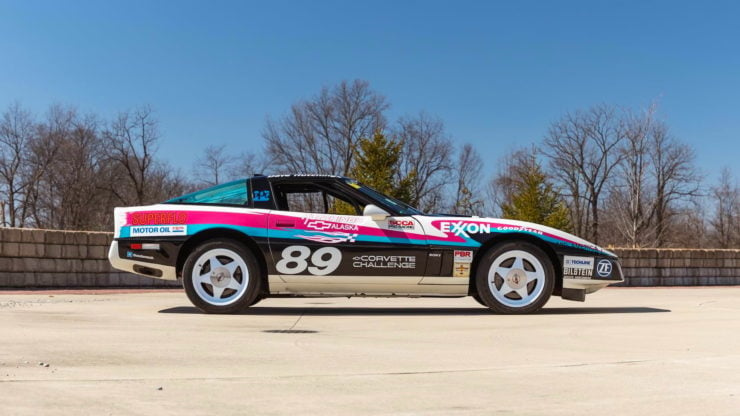 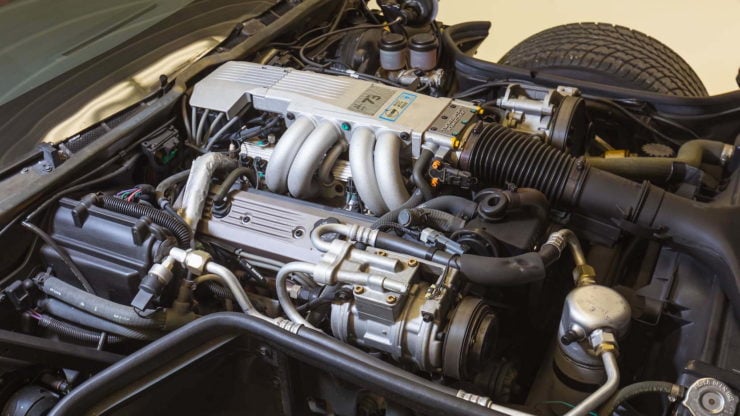 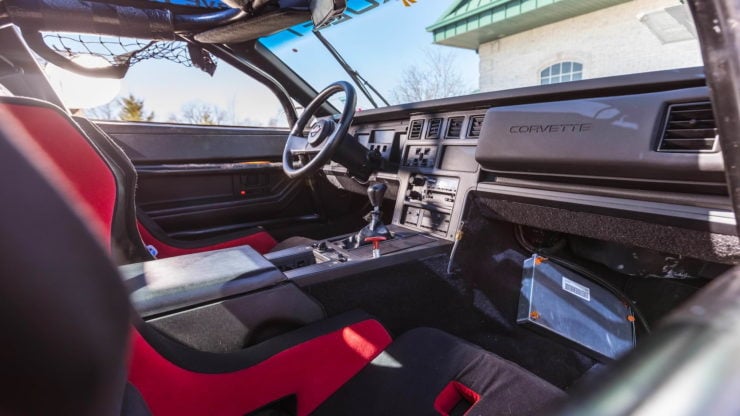 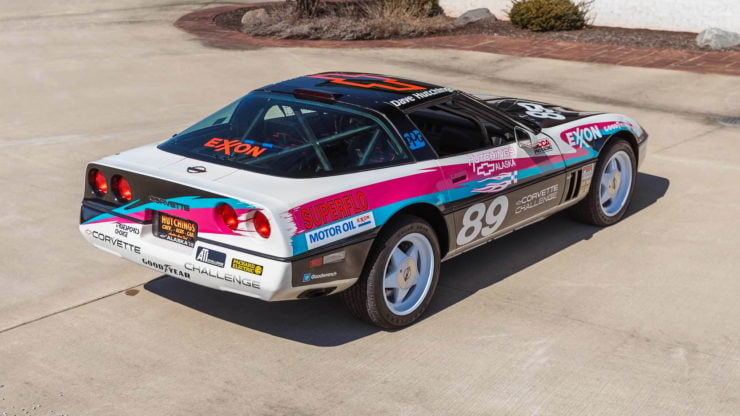 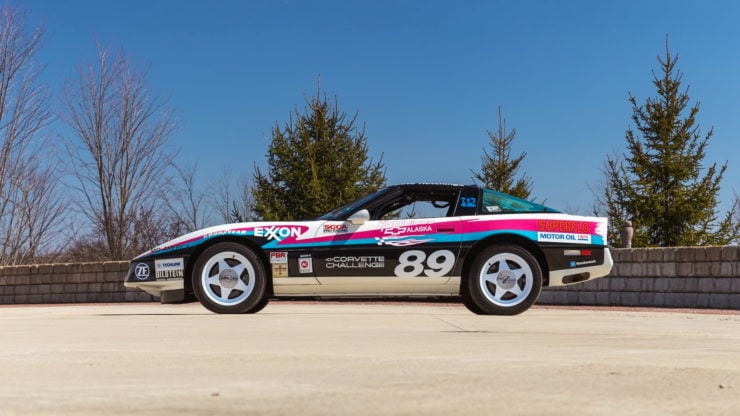