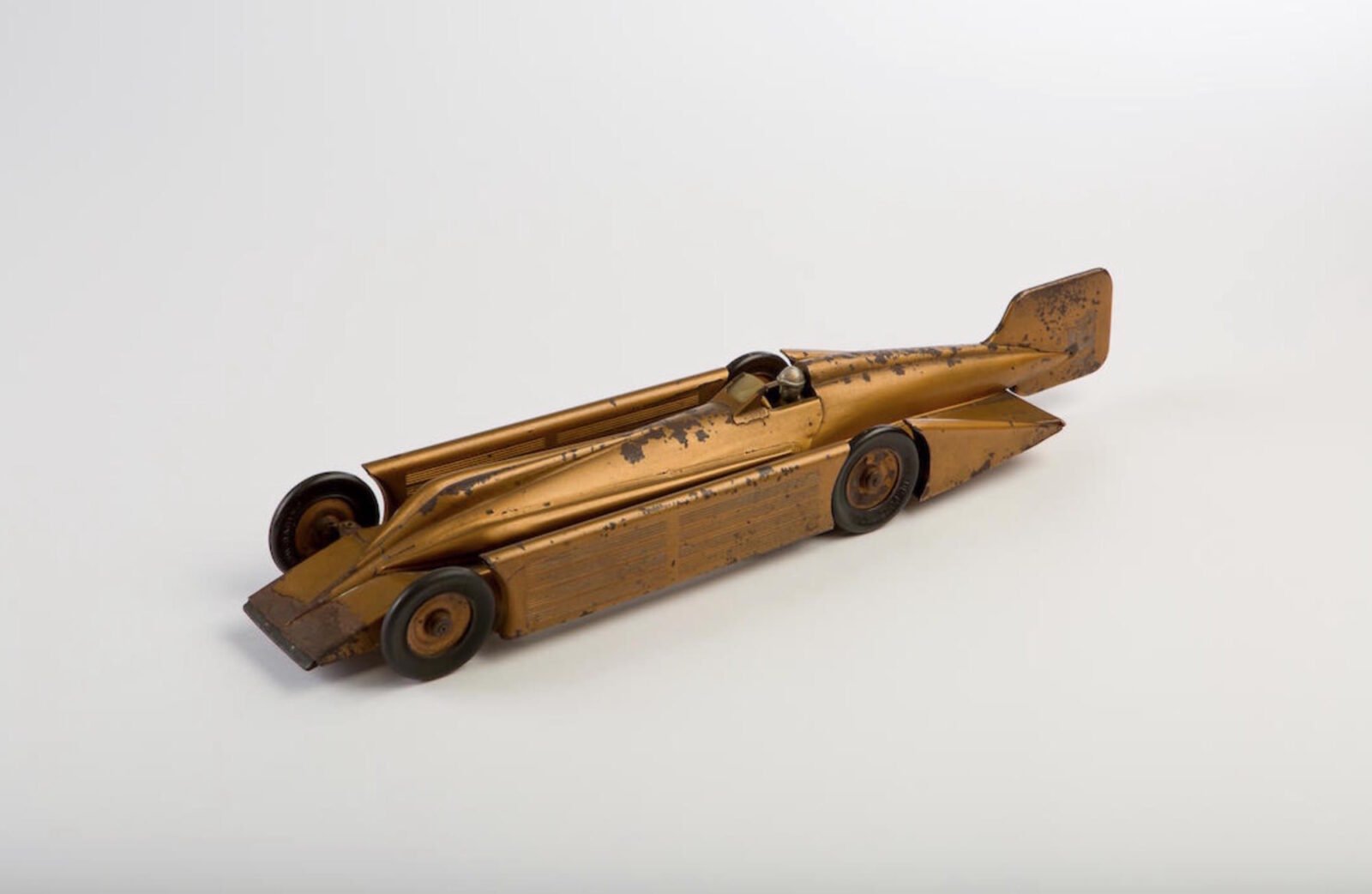 Clockwork tinplate toy cars were about as close as boys and girls could get to the real thing in the early 20th century, they contain a coil spring that winds up when the car is reversed – and then rapidly unwinds once it’s released. The same basic mechanism is still used on countless toy cars nowadays of course, but it’s hard to say if any of the modern toys will survive anywhere near as long as these two have.

The red toy is a model of the 1000hp Sunbeam landspeed racer from 1927 and the gold toy is a model of the Golden Arrow from 1929 – both hugely famous cars both then and now. Bonhams will be selling them both as a single lot on the 13th of May with an estimated value of €1,200 and €1,500, if you’d like to read more or register to bid you can click here. 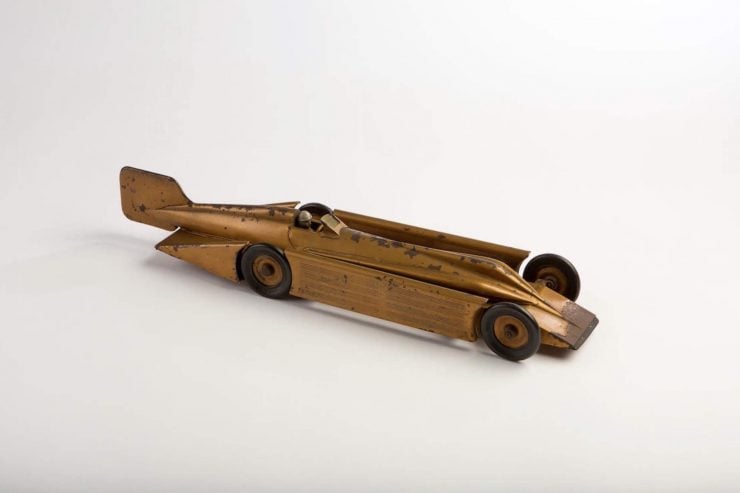 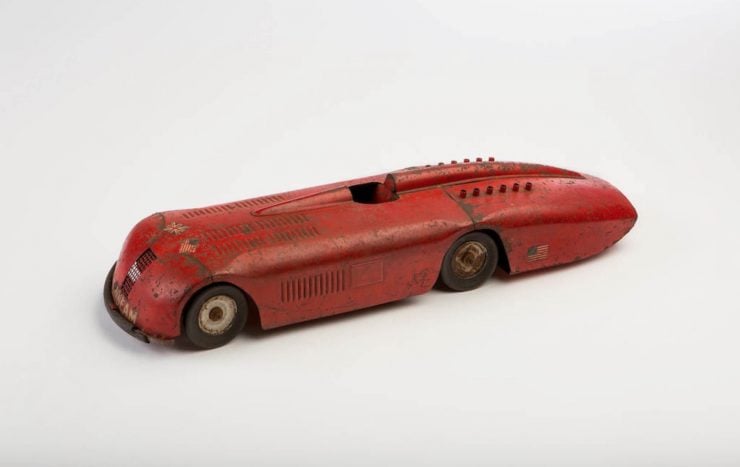 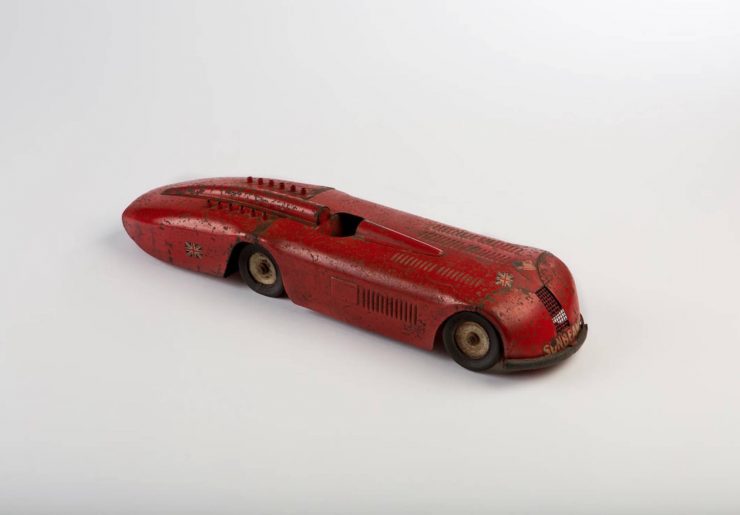 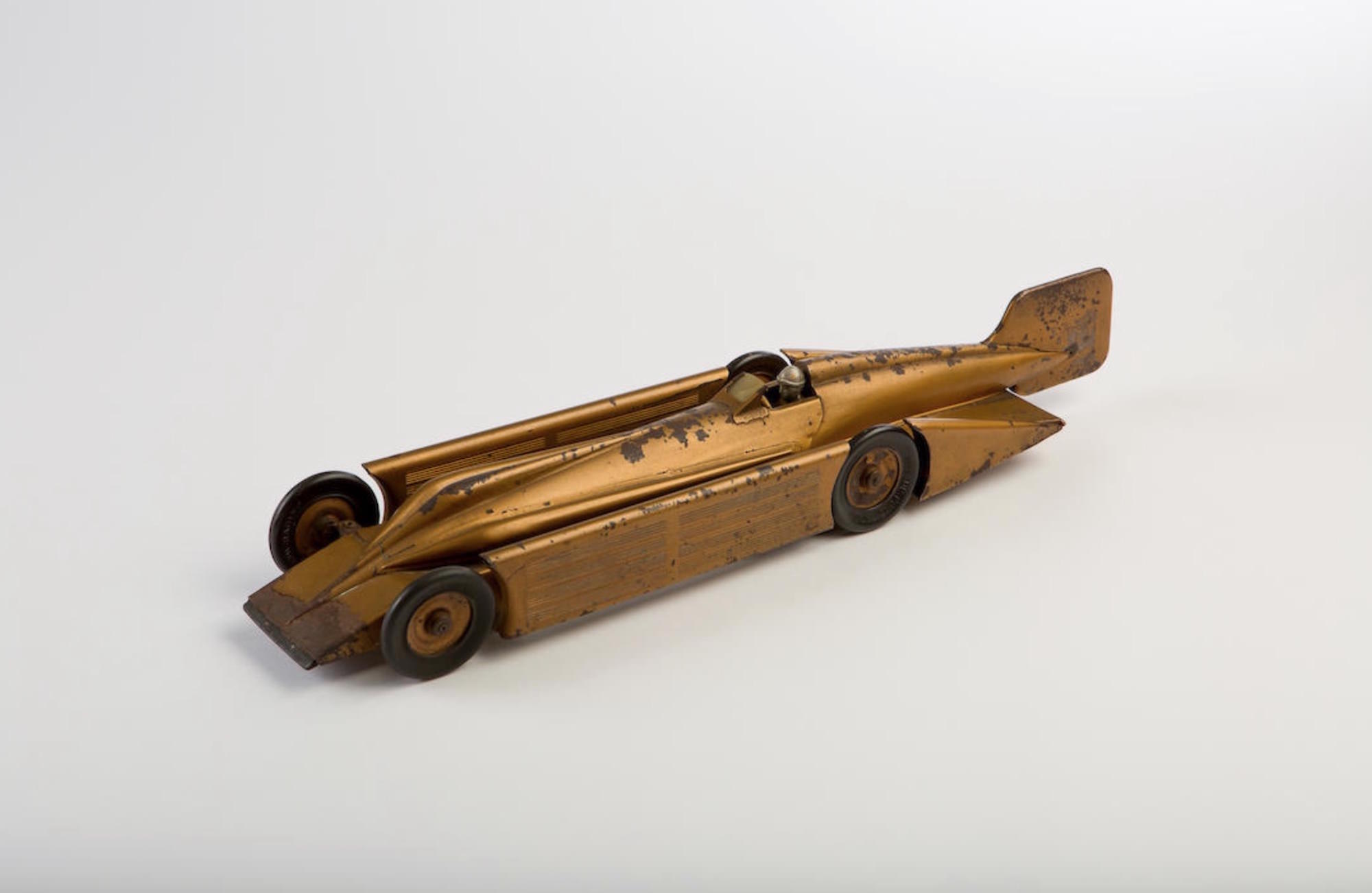