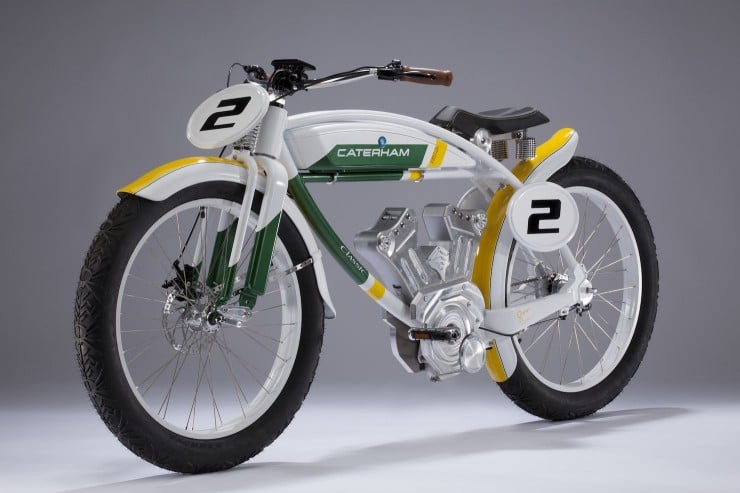 The Classic E-Bike by Caterham Bikes is the 2nd in the series of 3 new designs just released by the still brand-spanking-new motorcycle marque last week. Obviously intended to evoke memories of the classic motorcycles of the 1910s and 1920s the Classic E-Bike has the lines of a board track racer – albeit one with an electric drivetrain.

The Classic E-Bike is powered by a 36 volt, 250 watt brushes centre motor with a torque sensor and has a Panasonic 36 volt 12AH lithium-ion battery (with an option to add a second pack should you want more range). The minimal dashboard has an LED display with battery status, a speedometer, a trip meter and range gauge. 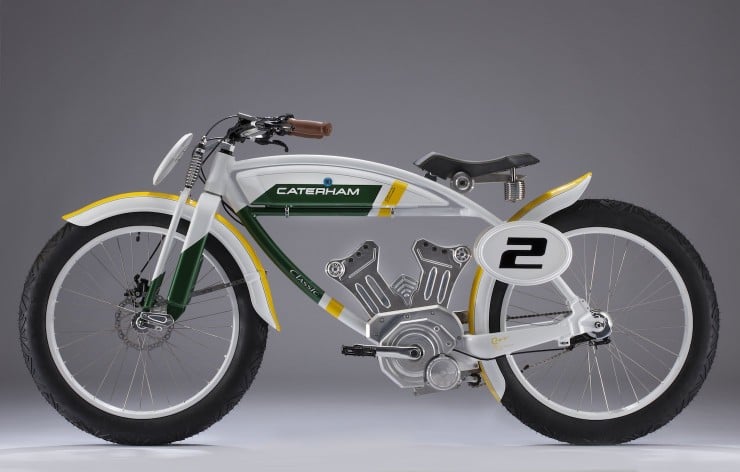 With the option of pedalling, the range anxiety issue that some find so concerning is a moot point, so long as you don’t mind doing a little exercise. The bike is listed as having a range of 25 to 50 miles (40 to 80km) depending on speed, hills, your weight (!) and other variables – this seems pretty reasonable to me as most of the around-town riding I do on my motorcycle is 25 to 30 miles, potentially making the Caterham an ideal urban commuter.

That said, I can’t help but think that the name is a bit of a let-down.

The name “Classic E-Bike” gives me visions of a bike you’d buy at Walmart with a basket attached to the front and tassels hanging from the handlebars. With its 250 watt motor and sleek lines I’m going to go ahead and say that this should have been called something like the “Speedster 250” or perhaps something like the “Electron Racer” – anything other than “Classic E-Bike” – that just sounds like something a charming pensioner would use to trundle down to the bingo hall. 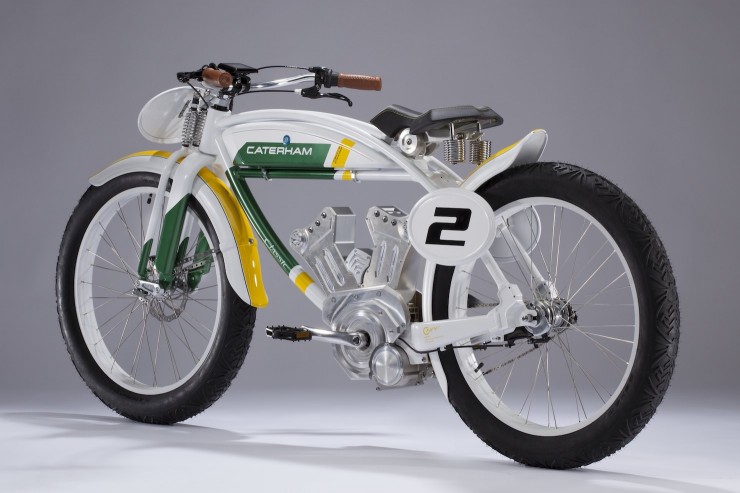 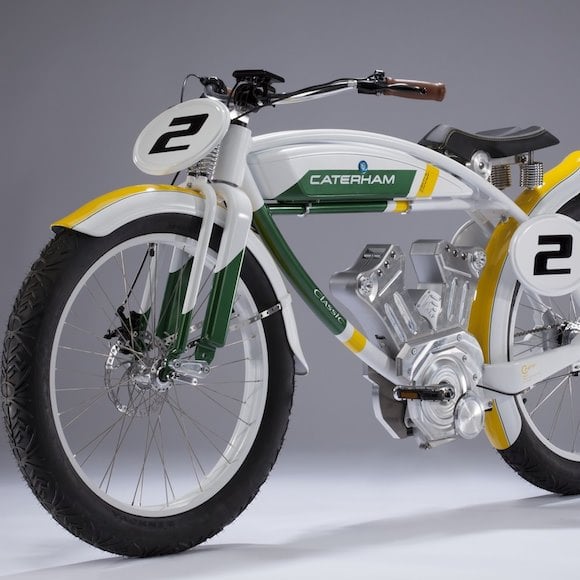