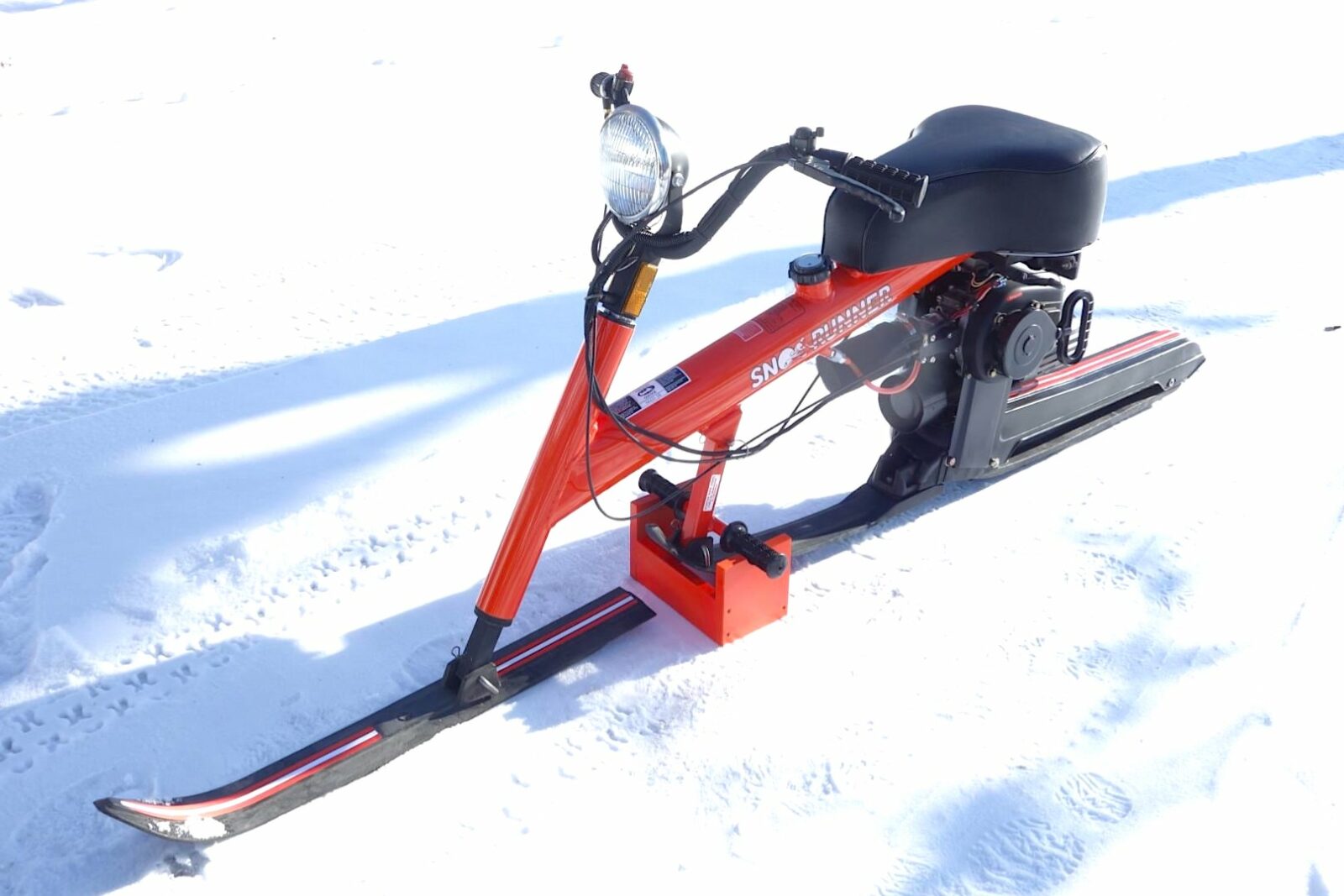 The Chrysler Sno-Runner is almost certainly the strangest vehicle ever produced by the American automaker. It’s essentially a snow-moped with a single ski up front, a powered single track in the rear, and it was said to be capable of up to 25 mph.

Ultimately the Sno-Runner was a failure, not selling in the numbers required to be profitable, likely due to the price tag of $645 USD in 1979 dollars – approximately $2,600 in 2023 dollars.

The sales failure of the Sno-Runner is by no means a condemnation of how fun they are to ride however – and the surviving examples remain popular with enthusiasts today across the USA.

Above Video: This short film from Joe Berry shows the Chrysler Sno-Runner being started and ridden on the snow. It’s clear that it’s not a fast vehicle but it does look like fun.

Chrysler was in dire financial straits in the late 1970s, requiring a hefty government bailout just to remain solvent. Executives at the company were pulling out all the stops to boost revenue, using some rather unique techniques, including the creation of the Sno-Runner.

The Sno-Runner was designed to capitalize on two things, the wild popularity of leisure vehicles like three-wheelers, jet skis, and snowmobiles, and the fact that every day across the USA significant numbers of people walked into Chrysler dealerships with money in their pockets.

The simple design of the Sno-Runner and its low cost to produce were considered fundamental to its potential success. It has a frame that consists of a single length of tubular steel that doubles as a 1.3 gallon fuel tank, and it’s powered by a single-cylinder Chrysler Marine engine with a displacement of 134cc. 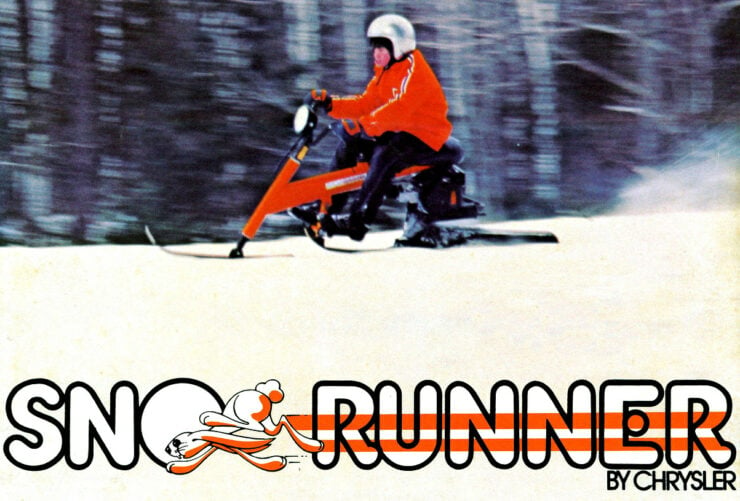 The Sno-Runner was promoted by Chrysler and sold through their dealerships, they marketed them as being able to easily fit into a trunk, and for the fact that four of them could be bought for the price of a standard snowmobile.

The vehicle has a padded seat designed to accommodate one, tractional handlebars up front that steer the front ski, and a twist grip throttle paired with a brake lever that slows the rear track. There’s a second ski mounted under the rider in front of the single rear track, which is referred to by Chrysler as a “chain drive gripper track.”

The Sno-Runner was designed to be quickly dismantled for easy transportation thanks to a series of quick-release disassembly pins. It’s said that once it’s been disassembled you can easily fit it into the trunk of a car with plenty of room to spare.

The 1980 Chrysler Sno-Runner you see here is currently being offered for sale on Bring a Trailer out of Battle Lake, Minnesota with a stand and a bill of sale. If you’d like to read more about it or register to bid you can visit the listing here. 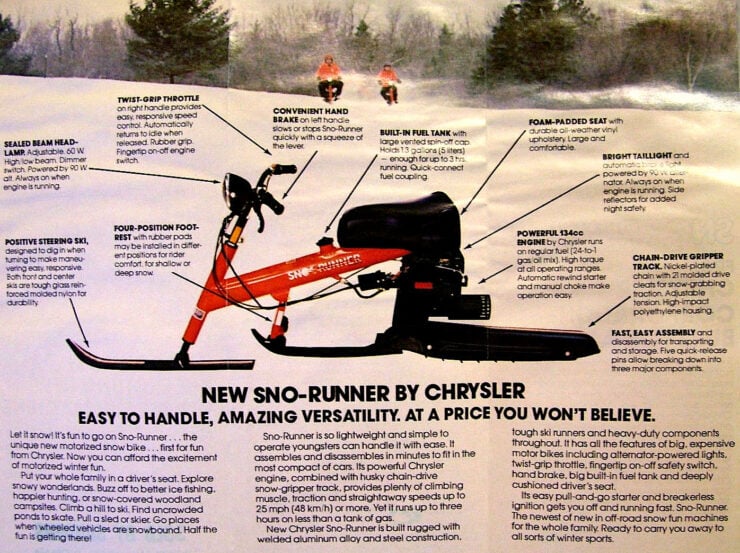 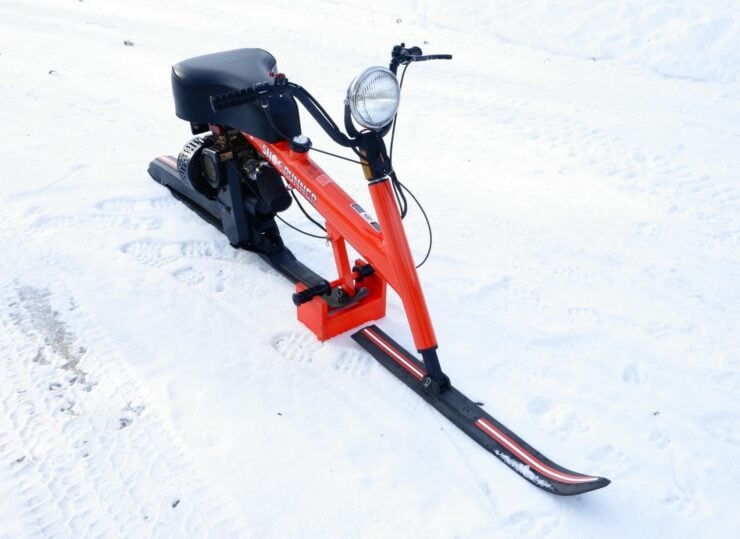 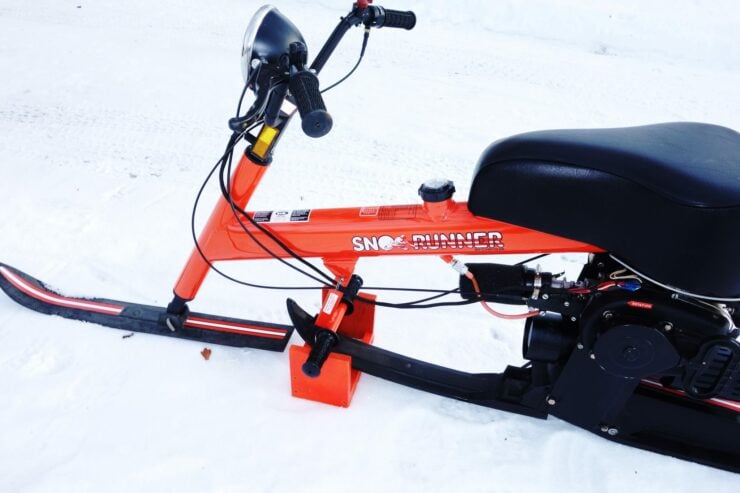 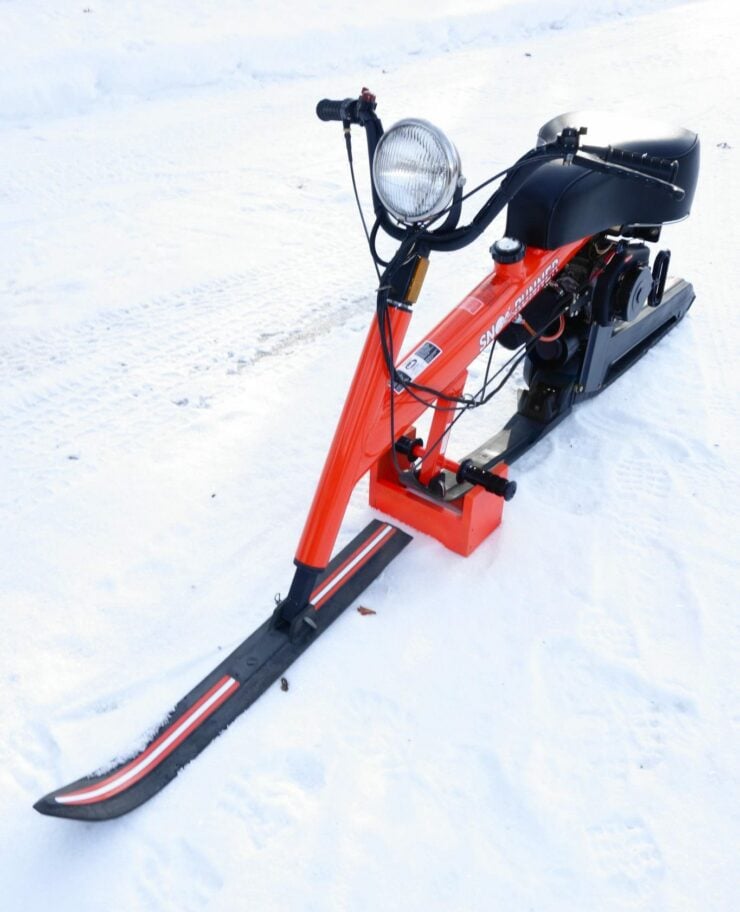 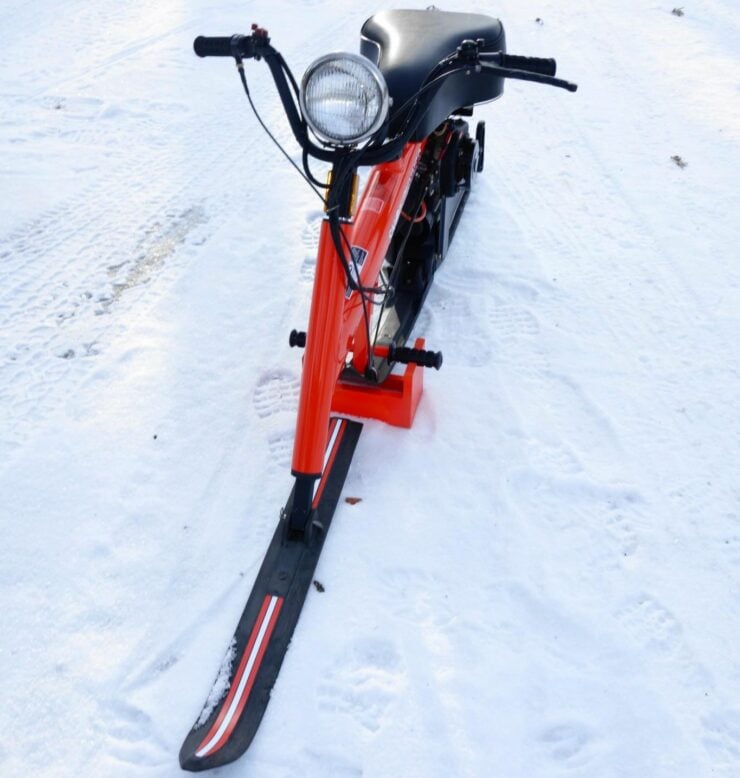 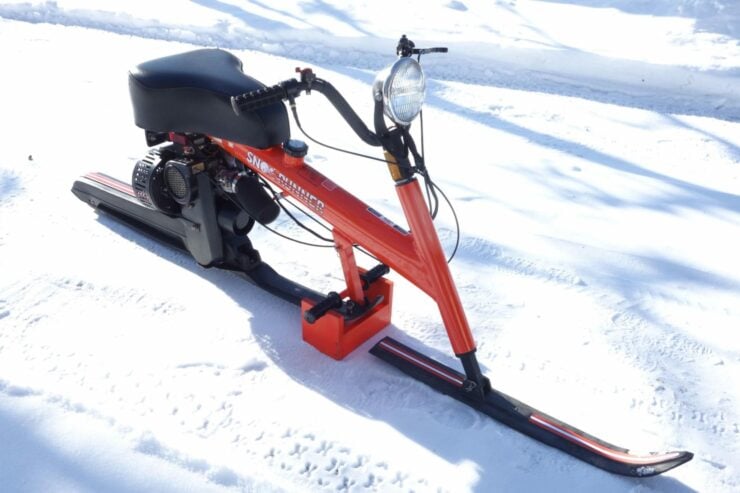 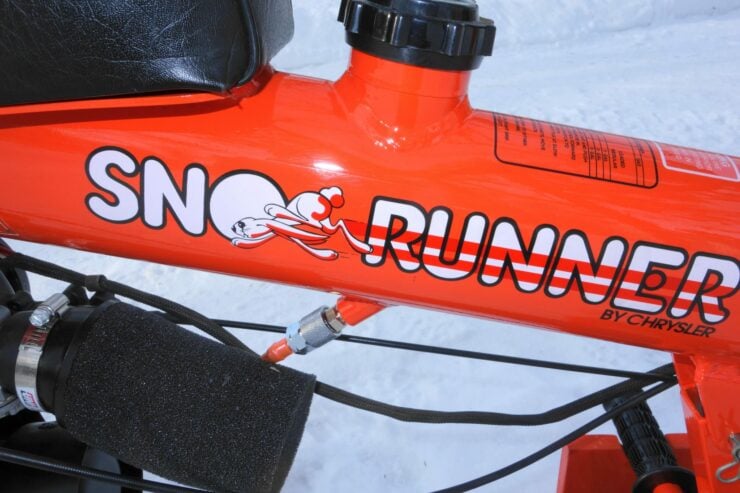