The Chrysler Airflow was a revolutionary though ultimately unpopular car, it was introduced in 1934 and was the first mass-produced car to be developed with wind-tunnel testing, overseen by none other than Orville Wright.

Chrysler pushed hard with promotional efforts for the Airflow, focussing on both the car’s speed and economy, however the styling proved unpopular with consumers of the day and sales were disappointing.

In 1935 Chrysler radically changed the look of the car, in the hope of increasing sales, sadly it didn’t work and by 1937 production was halted.

The Airflow is today remembered as an iconic car that was way ahead of its time in 1934 and car collectors now clamour at auctions for original Airflows, perhaps a late-vindication for the engineers who created it. 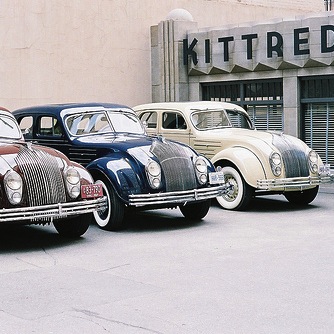