Facts on Friction is a 1934 Chevrolet film about brakes – and although that might not sound quite as exciting as films about engines and transmissions, it’s actually a good watch.

Drum brakes were standard issue for much of the 20th century life of the automobile, and they’re still mass produced now for high-volume, low-cost vehicles, especially in the developing world. This film gives you a good look inside the brake drum at what’s happening, and why everything is put together the way it is. 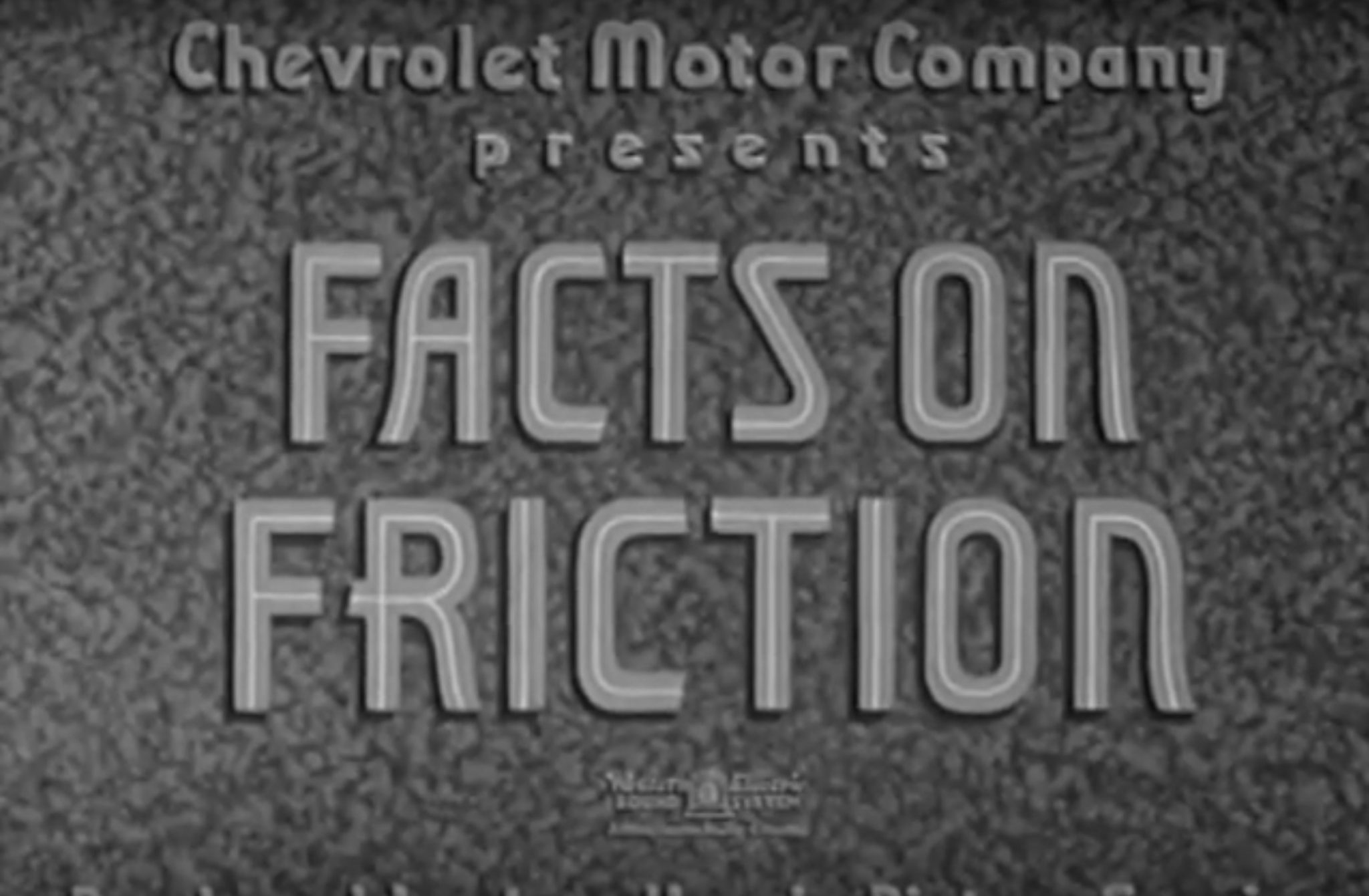