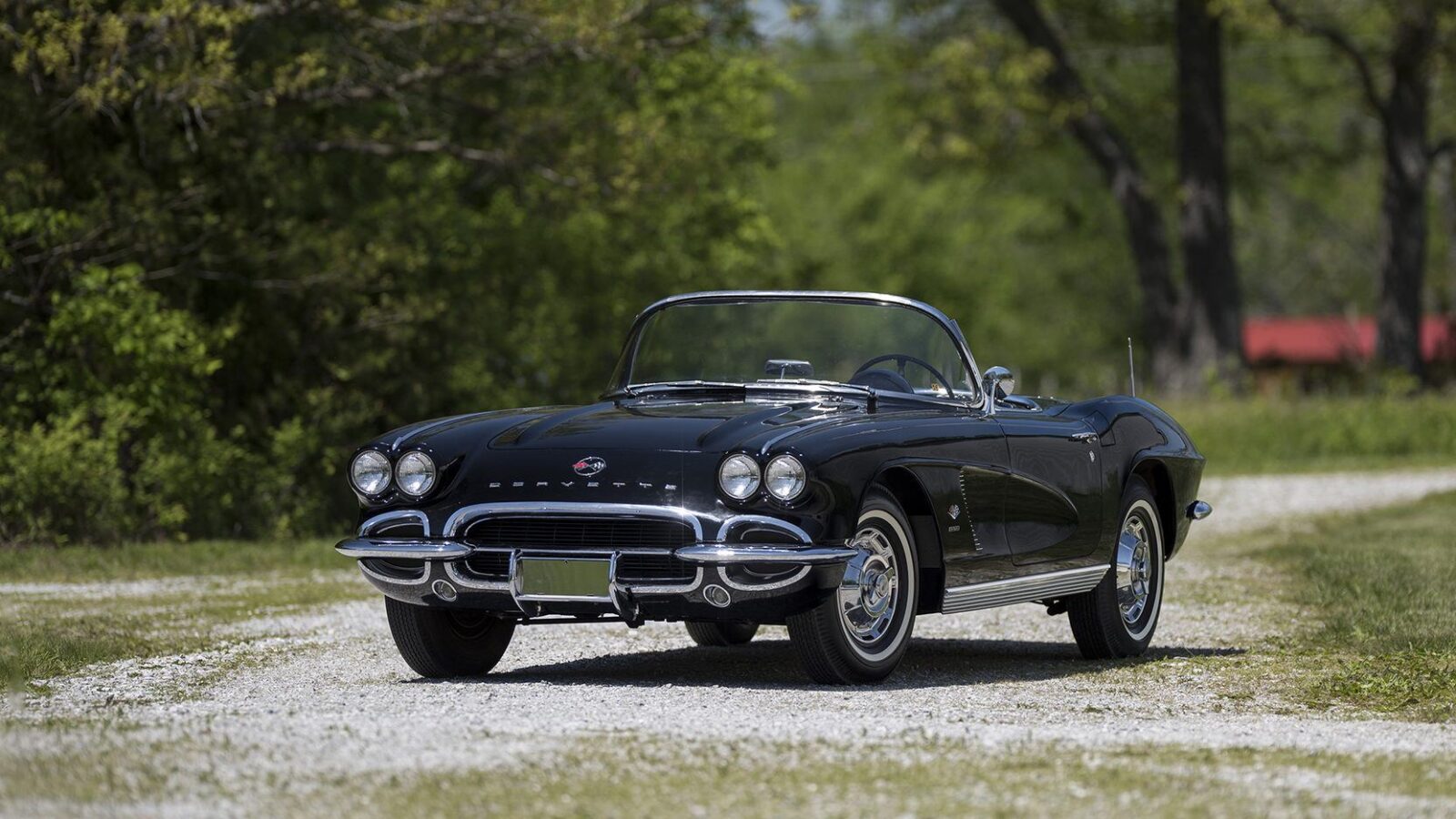 The fuel-injected version of the 1962 Chevrolet Corvette was the fastest and most powerful of the first generation Corvettes thanks to the V8 enlargement that took it from 283 cubic inches (4.64 liters) to 327 cubic inches (5.36 liters). 1962 would also be the last year for the wrap around windshield, the live axle rear, and the convertible only body. From the following year onwards the exposed headlights would be replaced with pop-ups, and the trunk lid would disappear for decades.

A Brief History of the Chevrolet Corvette C1

The first generation Corvette is typically referred to simply as the C1. It was a game changing sports car for Chevrolet and for America as a whole, and it Corvettes would be raced successfully against the best from Germany, Italy, and Britain, both on US soil and over the pond in Europe at races like Le Mans.

Chevrolet first publicly displayed the Corvette as a concept car in January 1953, at the Waldorf Astoria Hotel in New York. The public reception was overwhelmingly positive – it was a sports car with a design on par with the Jaguar XK120 or Austin-Healey 100, and performance to match. Although the car would later become famous for its V8s, it was initially offered with only an inline-6 called the “Blue Flame Six“.

Although V8s get all of the glory, a 3.4 liter inline-6 was powering one of the fastest production car in the world at the time – the Jaguar XK120. Chevrolet also had an inline-6 already in production with transmissions to match, so from a cost perspective it was a no-brainer. 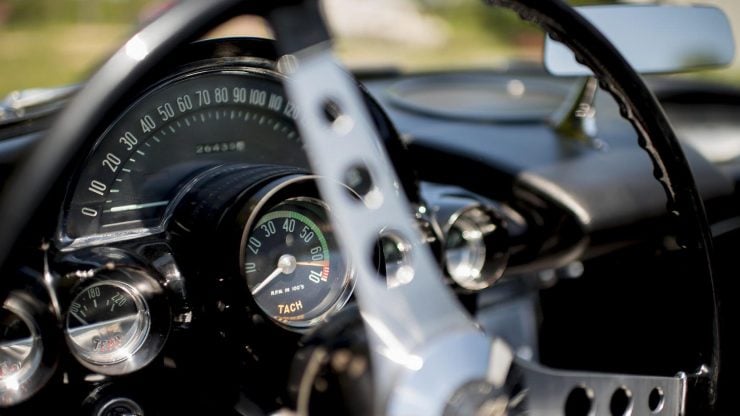 In 1953 just 300 Corvettes were made, starting on June 30th. They were all hand-assembled and you could have any color combination you wanted – so long as it was Polo White with a Sportsman Red interior. Much to the chagrin of sporting drivers the first cars had a 2-speed Powerglide transmission, with no manual transmission option.

In 1954 production began in earnest at the Chevrolet St. Louis factory. Additional color choices were added, and a year later in ’55 the V8 would make its first appearance under the hood. 1956 would see an updated body style, with a new face and side coves, and the tail lamp fins were deleted.

1957 was an important year, the V8 increased in size and fuel injection was offered for the first time, with a 4-speed manual transmission too to keep the sporting drivers happy.

The 1958 Corvette received quad headlamps, a new hood with louvered vents, an interior freshening, and bumper exiting exhaust tips. The pace of development slowed a little for the next couple of years, then in 1961 the tail end of the car was redesigned with four distinct taillights – a feature that would be a Corvette signature for the following few decades.

The 1962 Corvette was essentially the most refined iteration of the original design. It was the fastest and the fuel-injected version produces 360 bhp – a number that’s still impressive today almost 50 years later.

The numbers matching Corvette you see here here is still fitted with its original engine, transmission, fuel injection unit, distributor, and generator. Its odometer reads 26,435 miles which are believed to be original, it has the period correct Wonderbar radio fitted, as well as a rare auxiliary hardtop, and original glass with correct date codes.

This is one of the much sought after 327 cubic inch V8 versions of the ’62 Corvette with fuel-injection – sending 360 bhp back through a 4-speed manual transmission to a limited slip differential. Somewhat amazingly the car has its 0riginal jack and spare, books and maintenance records from new, and even the owner’s manual, owner’s protection plan and service manual.

If you’d like to read more about this car or register to bid you can click here to visit its listing on Mecum. It’s due to be auctioned at the Denver Sale held over the 20th to the 22nd of July. 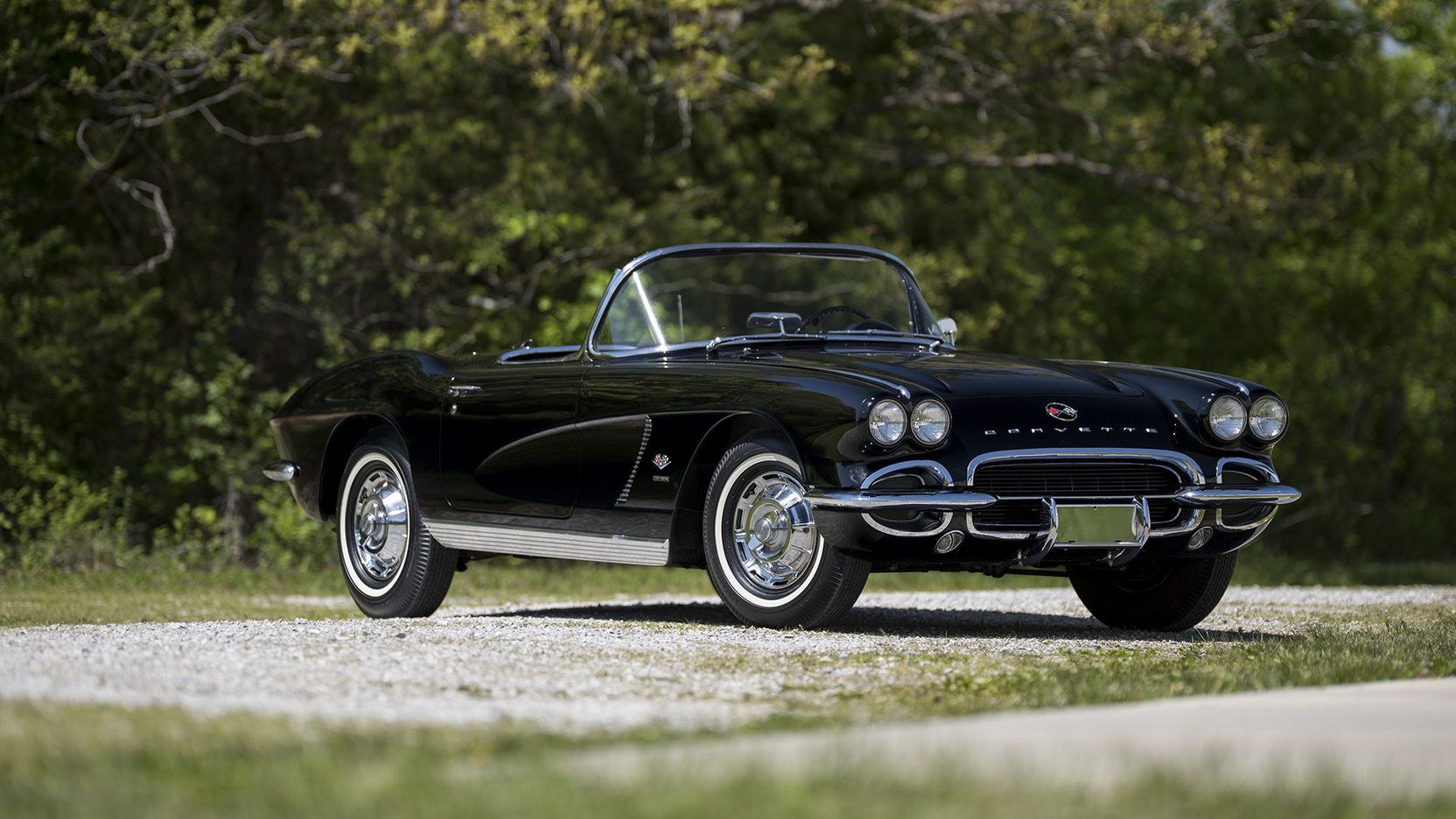 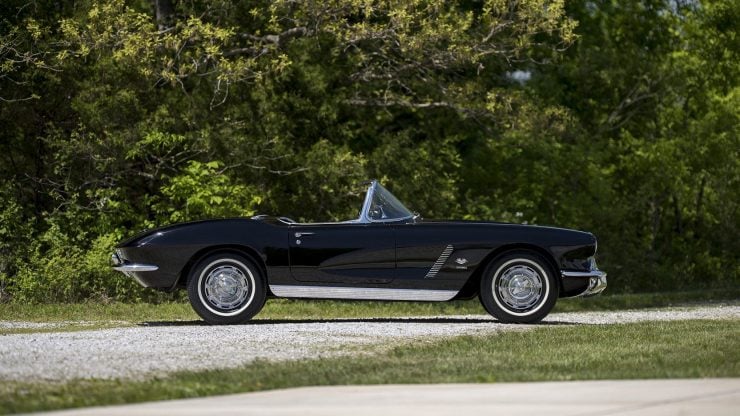 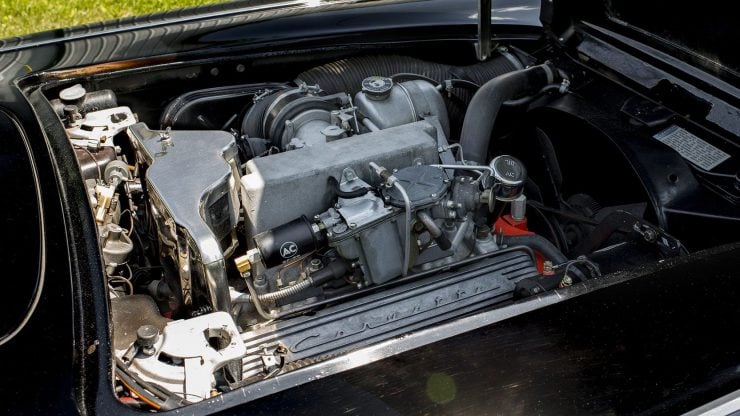 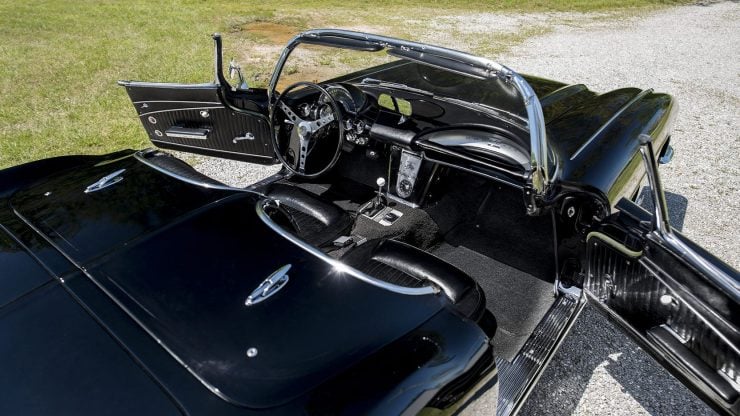 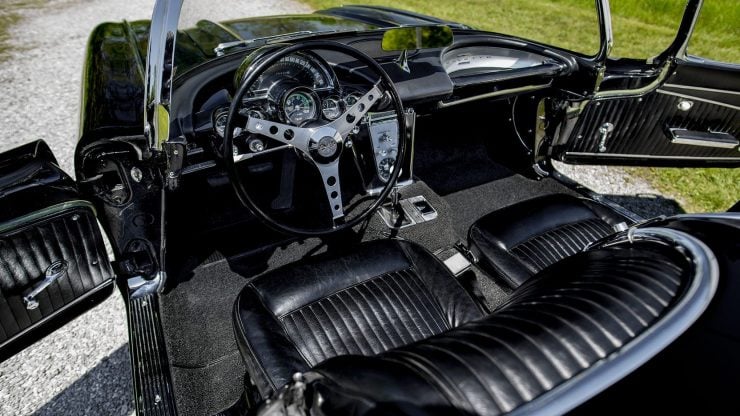 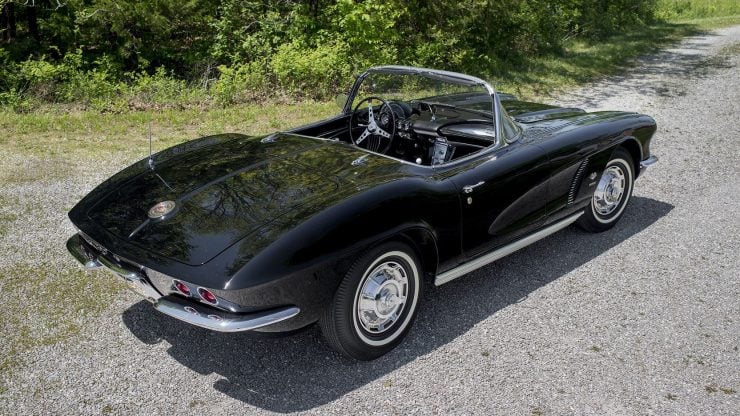 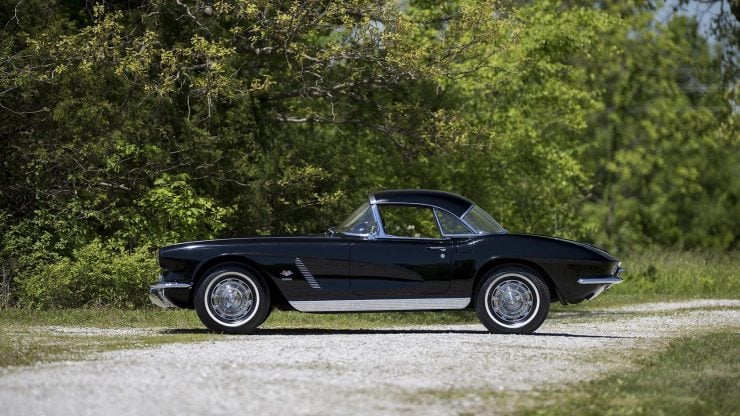 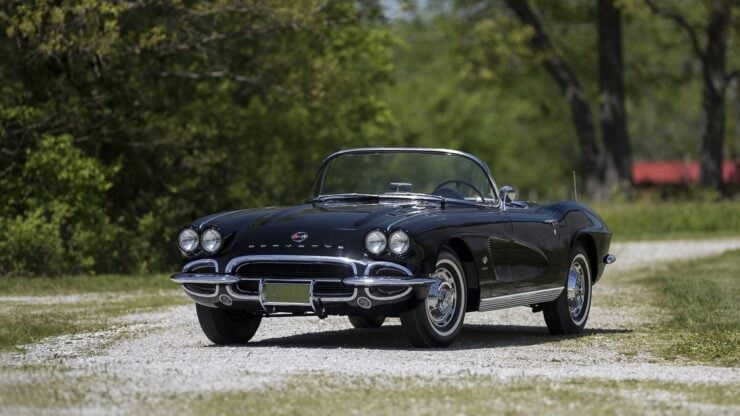 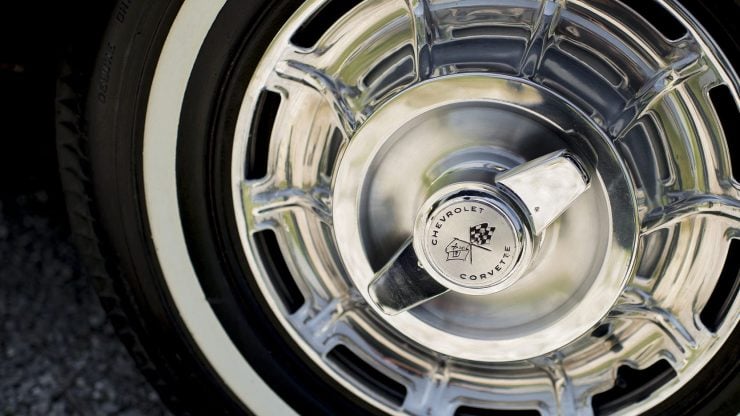 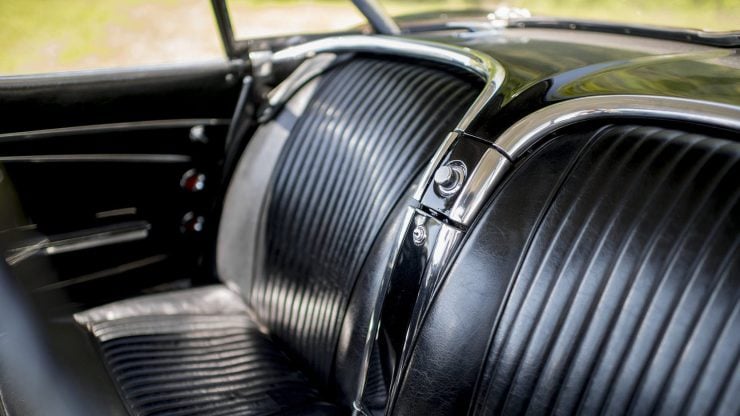 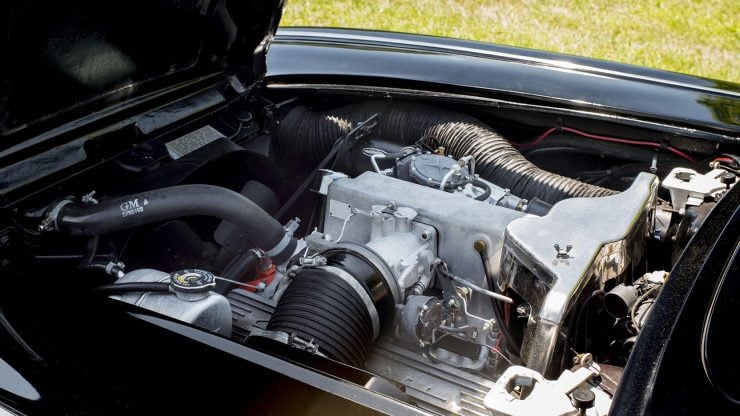 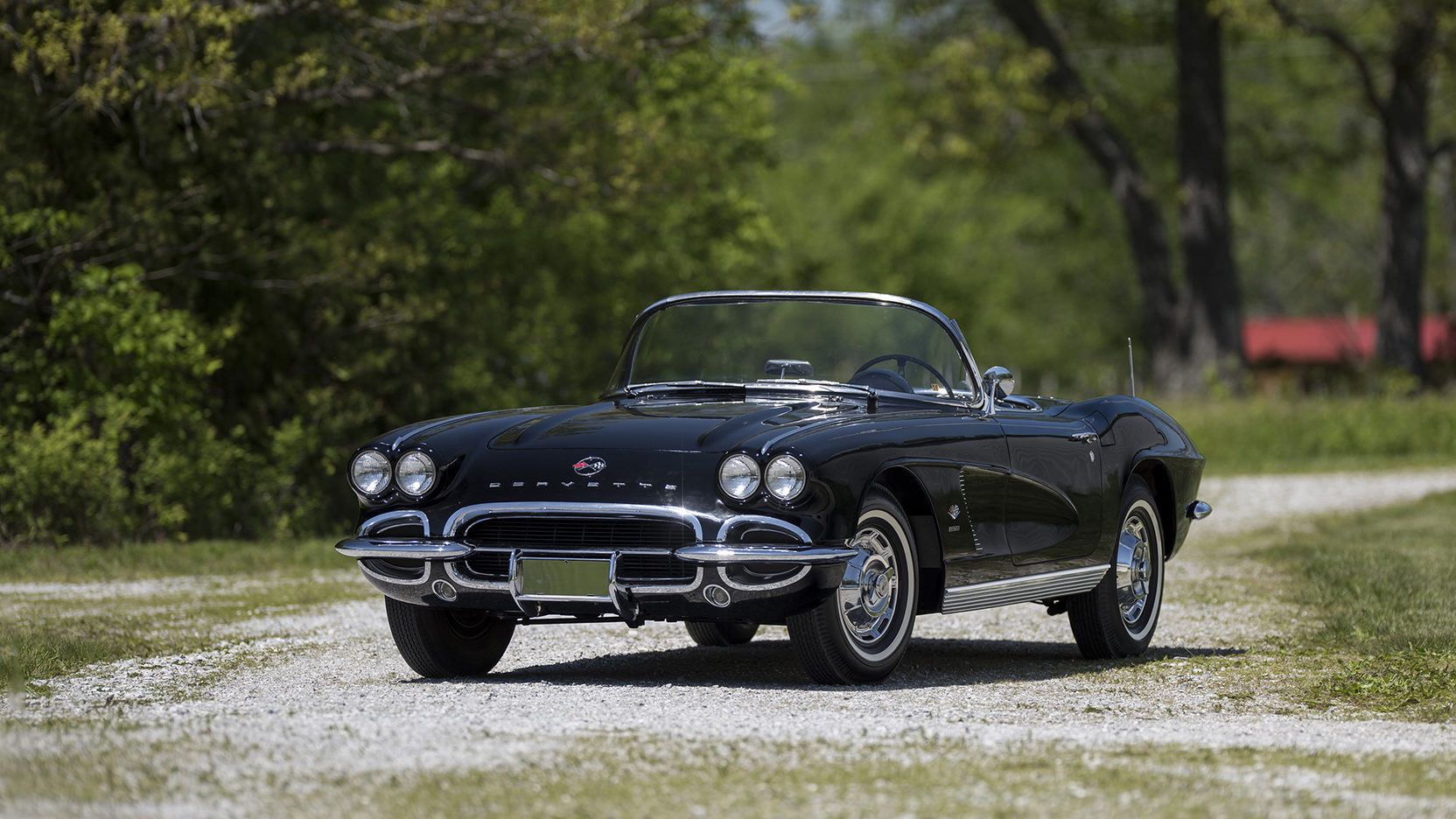