In order to protect the United States from aerial attack during the early stages of the Cold War, construction on the Distant Early Warning Line (or DEW Line) began in 1956. This was a serious engineering project that required tonnes of steel, concrete, and equipment to be delivered high into the Arctic Circle where there were no roads and no airports.

In order to get these supplies and men up into the arctic, 11 heavy duty Mack trucks were built with 4×4 rear axles, 600 hp diesel engines powering 12.5 foot wide axles and turning 5 foot tall tires strapped with snow chains. Each truck hauled 65 foot long trailers loaded to the hilt, with a gross weight of 330,000 lbs each. In total these 11 trucks were hauling 3.63 million pounds.

The convoy was headed by a series of bulldozers which cleared a path through forests, boulders, across rivers, and across the ice. Each truck needed to carry 5,500 lbs of diesel for the journey as there were obviously no gas stations on the route, and the two leading trucks also hauled accomodation for the drivers who worked in 12 hour shifts.

Although it was doubtless exceedingly difficult, it does look like a remarkable adventure. It’s not often you hear of an overlanding expedition that requires bulldozers to carve a path through the terrain ahead. The convoy took months, and it relied on air support to get mail and fresh food supplies – provided by an Alaskan bush plane fitted with skis so it could land on snow and ice.

There’s not word on what happened to the 11 Mack trucks after their mission, I’d like to hope they made a full return journey and are now in museums across the country but I think it’s more likely that they were left in Alaska or the Arctic due to the incredible expense of moving them all – and the fact they’d unusable for any road-based hauling.

Editor’s Note: This film was funded by Mack, so the commentary can be a little breathless in its enthusiasm for the brand, but this is a small price to pay for having the journey so well documented and preserved. 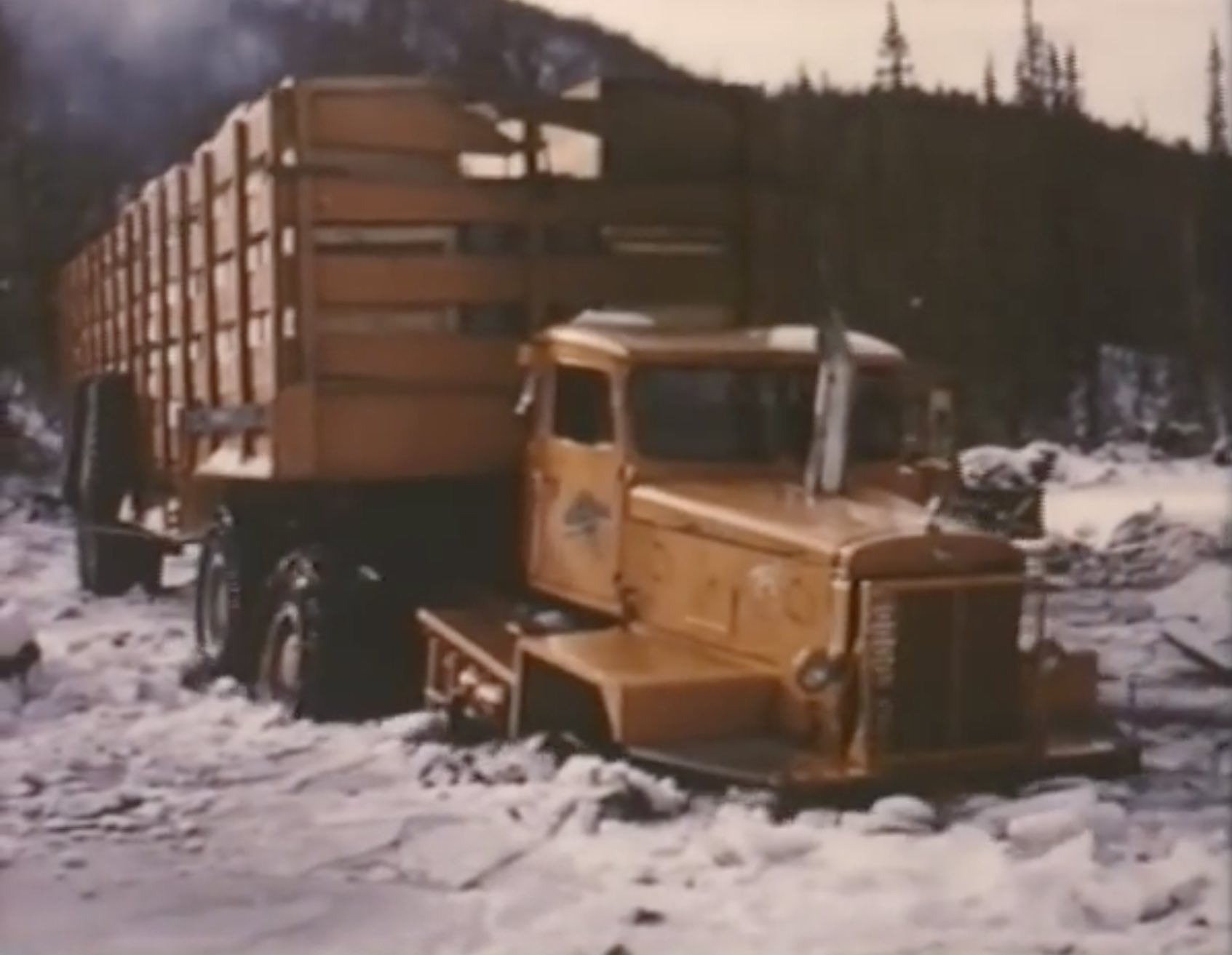