This is a build-it-yourself V8 beer caddy from Geek Dad Laser on Etsy, they’re available in V8 and V6 layouts, with another version that’s designed to hold a bottle of Jack Daniels, a can of Coke, and eight glasses.

Perhaps the only downside to these kits is that you need your own laser cutter (or access to a laser cutter) to make them. They supply the cutting files in various formats as well as instructions, it’s then down to you to have them cut out and assemble them.

The cutting files come in SVG, PDF, EPS, and DXF formats though others are available upon request. The digital download also comes with the commercial license, a ReadMe file, and detailed instructions with pictures for easy assembly. 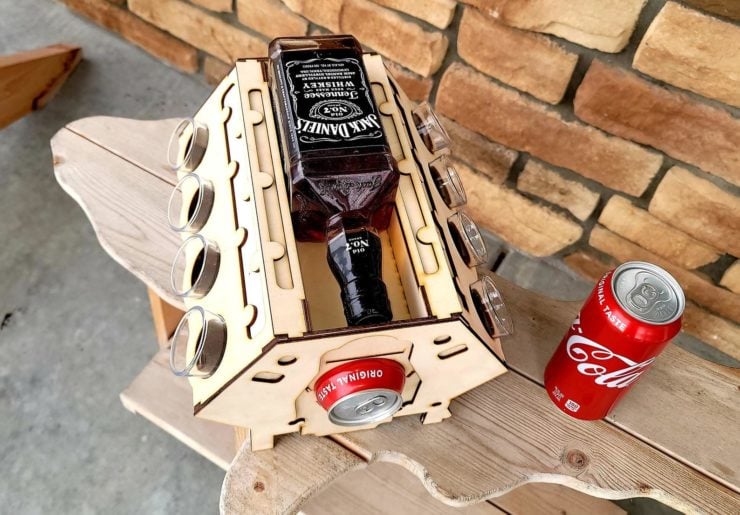 When ordering you can choose between a V8, V6, or a Jack Daniels caddy that carries eight glasses, a bottle of Jack Daniels, and a can of Coke to use as the mixer.

With the increasing awareness surrounding the environmental dangers of plastic sixpack holders many people are looking for alternatives, and what could be better than a caddy that carries eight beers instead of six?

The Etsy Store Geek Dad Laser has over 13,300 sales to their name with a solid five star rating. In total they produce 170 different file types for at-home laser cutting, including everything from beer caddies to rubber band guns and everything in-between. 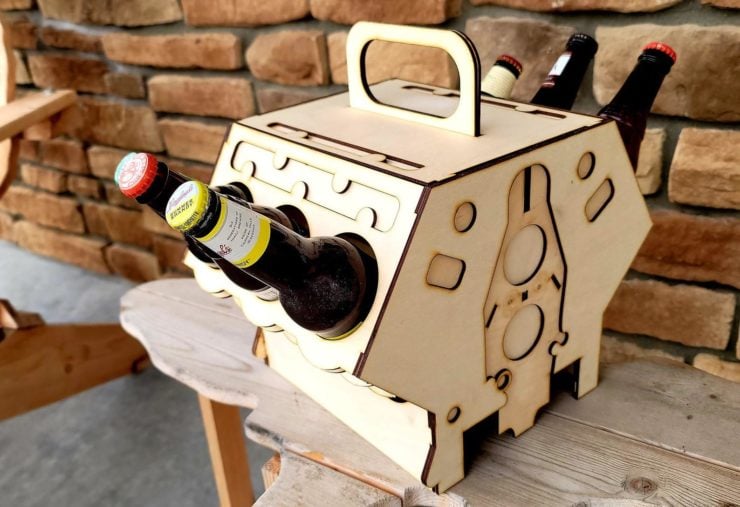 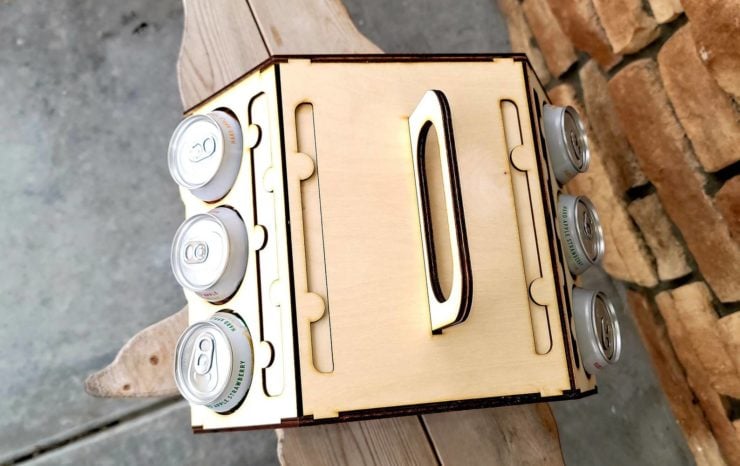 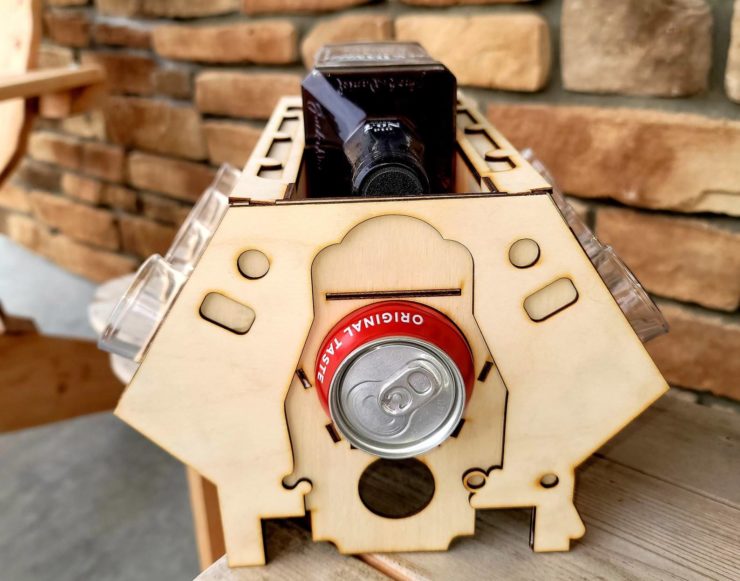 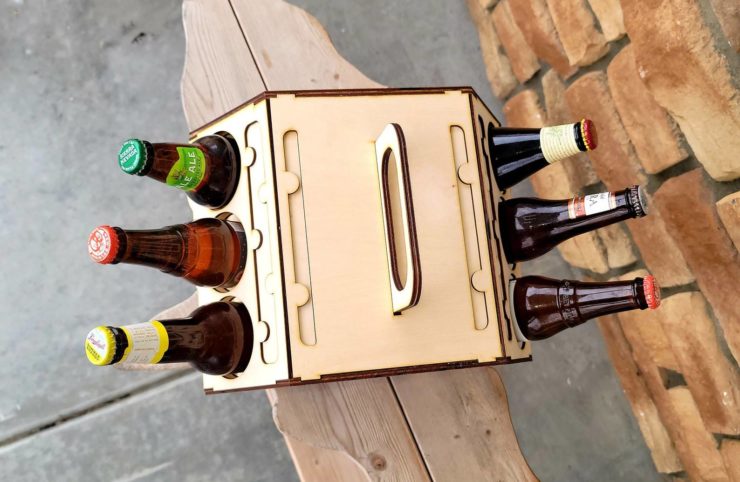 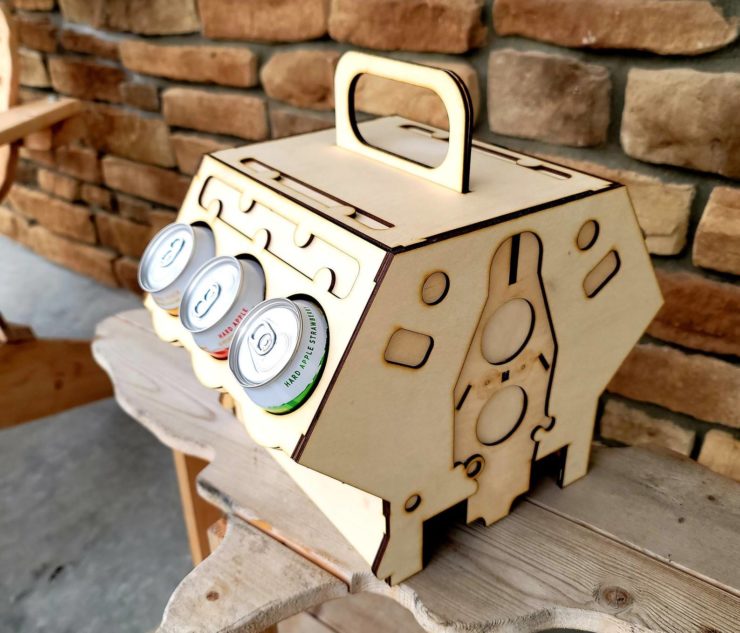 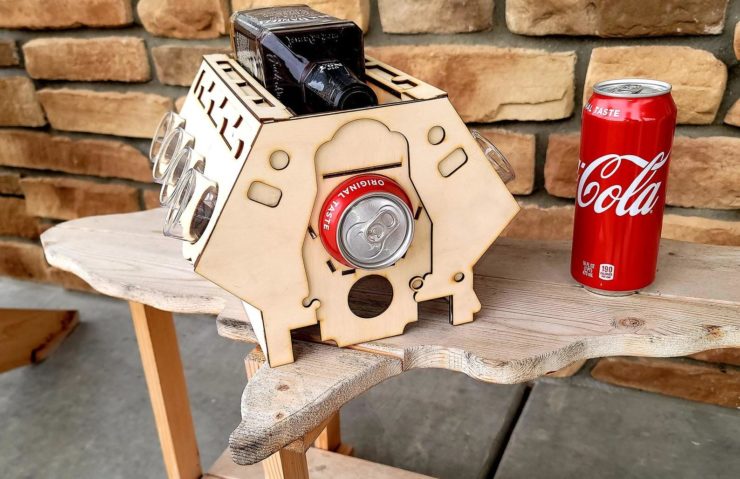 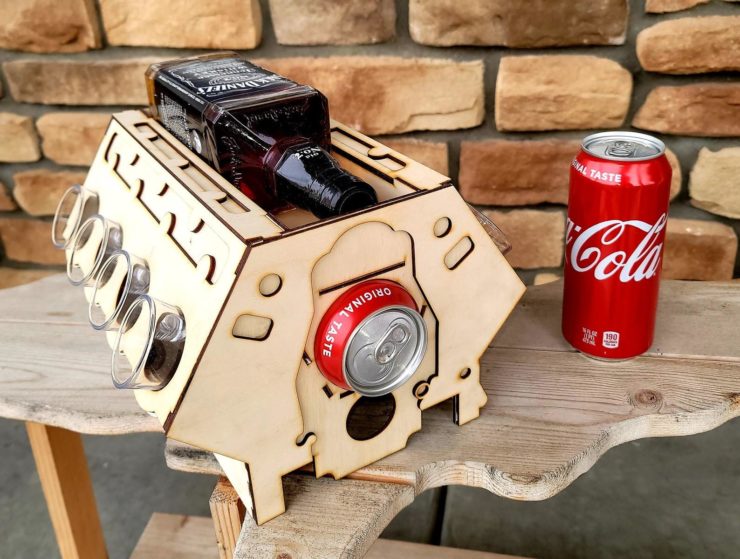