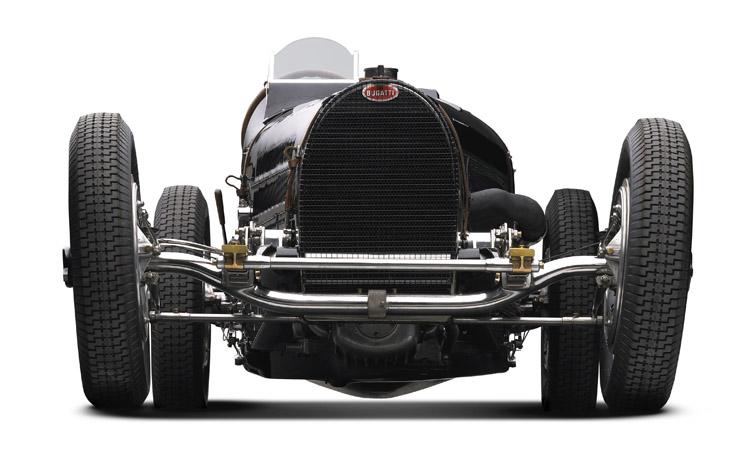 I decided to save a special car for Christmas Day, I thought about it long and hard and settled on this, the 1933 Bugatti 59 Grand Prix.

It’s a personal favourite of mine from the Frenchman’s garage and its racing pedigree has made it one of the most memorable Bugattis ever made. Looking at this automobile makes it very easy to understand why Ettore Bugatti made such a name for himself as a car designer and engineer, it was a classic the moment it rolled out of the factory and I doubt there’s a modern art gallery anywhere in the world that wouldn’t display it proudly.

The Type 59 used an enlarged, supercharged 3.3 litre DOHC version of the Type 57’s straight 8 engine and produced 250+hp at 5,500rpm. It’s piano wire wheels and external copper-tube oil coolers always catch the eye, as does the aircraft like exhaust tunnel running down the left side of the body.

Somewhere between 6 and 8 Type 59s were made in total and only 5 survive to this day, this particular example lives in the impressive and jealousy inducing collection of Ralph Lauren.

The profile images below are both 2000+ pixels wide, click to enlarge.

Read more here via The Bugatti Trust and The Guild of Automotive Restorers.

The Aston Martin V8 Vantage Zagato is a two-door GT car with performance figures that came close to rivalling the greatest supercars of its era – the Ferrari F40, the Porsche 959, and the Lamborghini Countach…