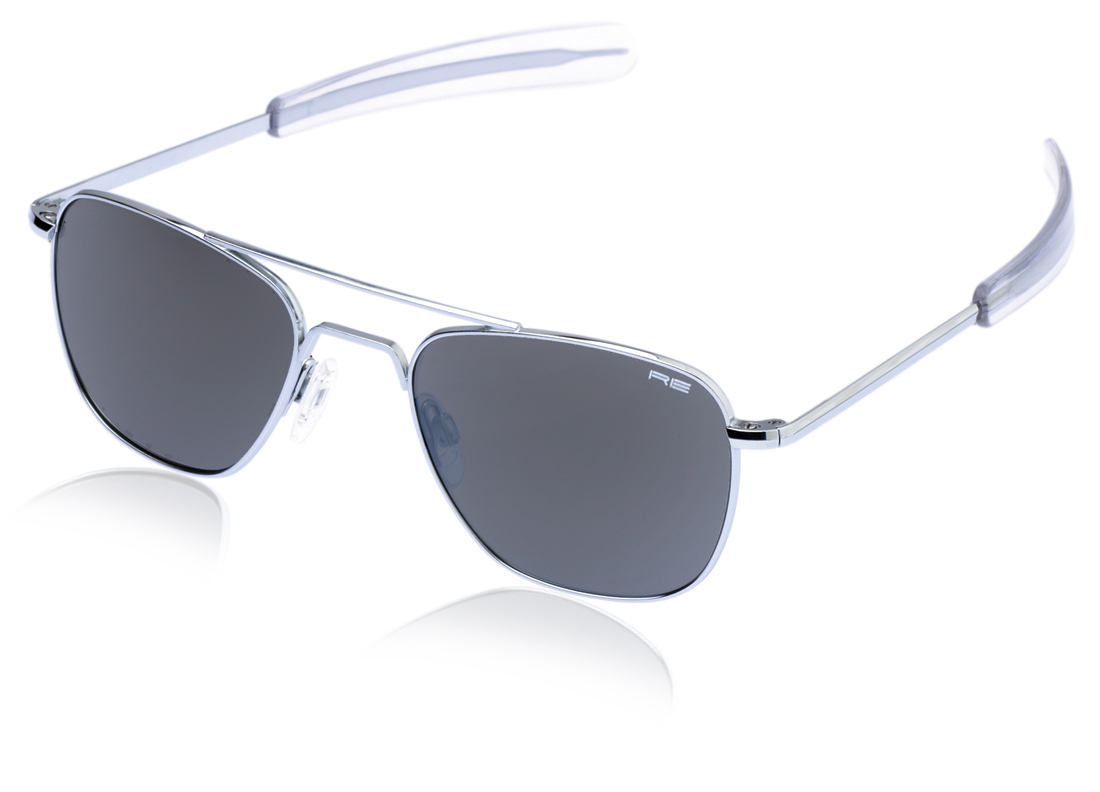 When NASA astronauts are launched into space they wear these sunglasses. That might be all you need to know about them really. Oh and they’re also the standard issue sunglasses for US fighter pilots.

Those bayonet temples are designed to fit under helmets and other assorted military headgear, the solder joints have a lifetime warranty and you’re presented with 9 lens choices, 5 frame choices, 3 band choices and 4 size choices. If you can’t get a pair that fit you, you’re the Elephant Man.

At $109 USD they cost as much or a little less than a comparable pair of Ray Bans and let’s face it, everyone has Ray Bans. 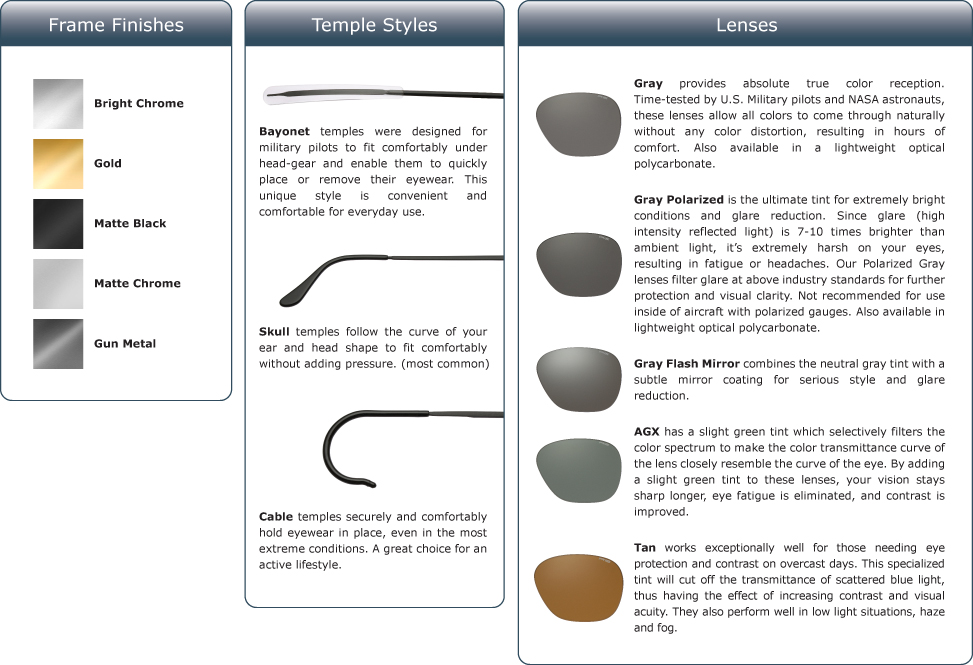