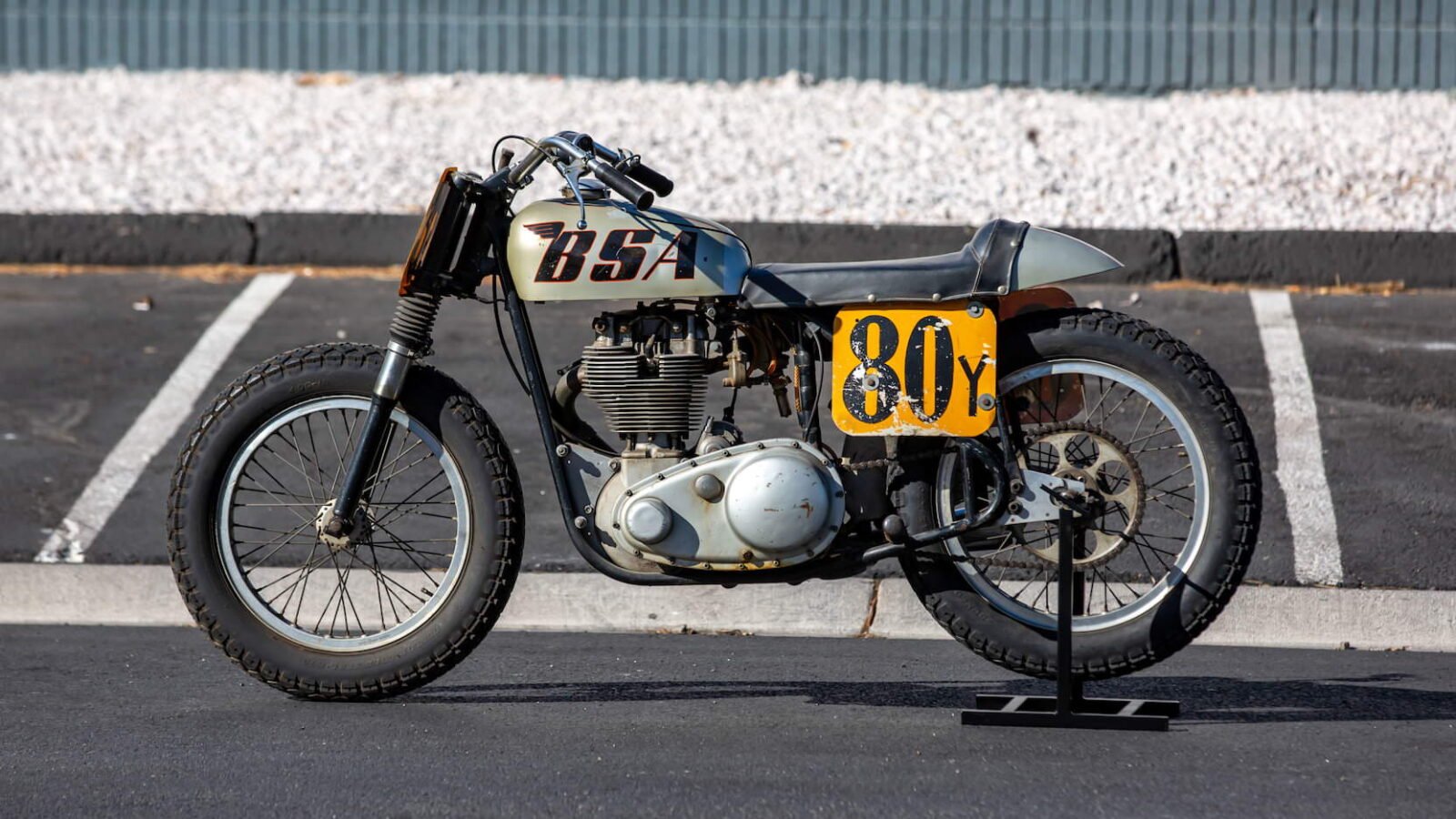 The race-winning BSA Goldstar you see here was ridden by Jim Rice, a Hall of Famer and a memorable star of the iconic film On Any Sunday.

Rice was immortalized in the film in large part thanks to a big crash that left him injured and sporting a broken nose – none of this stopped him from entering the next heat and continuing to race but it’s likely the crash cost him the championship that year.

The BSA Goldstar was one of the most important British racing motorcycles of its era, it enjoyed a relatively long 25 year production run between 1938 and 1963, and it won a slew of races including 11 Isle of Man TTs.

Big British single-cylinder motorcycles were a force to be reckoned with in the mid-20th century and the Goldstar was a leading member of the pack. The motorcycle itself was developed constantly and sold in a number of versions, however they were all either 350cc or 500cc in capacity, with single-cylinder OHV architecture, and pre-unit construction.

British and American engineers and race mechanics proved adept at tuning these engines to within an inch of their life, producing notably more power than they did from the factory. That said, each Goldstar came from the factory after being run on a dyno, and the dynamometer test results came with the bike. 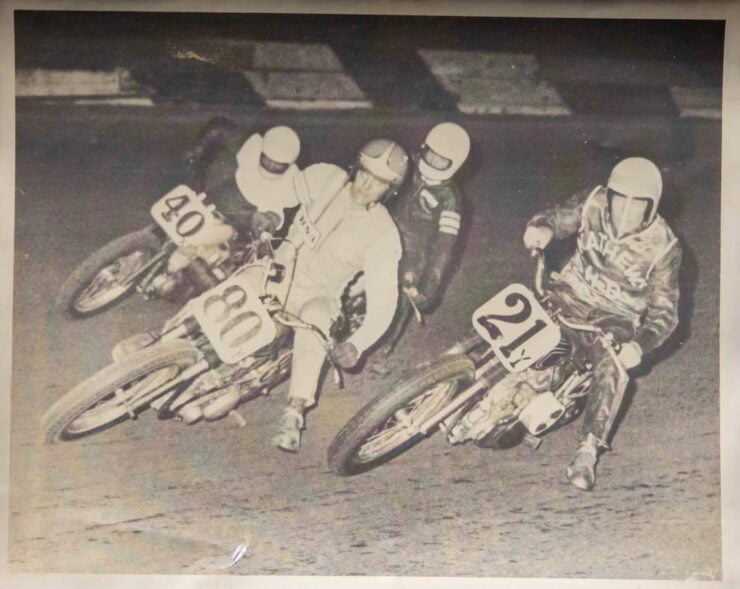 Above Image: Jim Ricer aboard this bike (#80) – date and location unknown.

The name “Goldstar” was chosen as a hat tip to Wal Handley who in 1937 lapped the Brooklands circuit at over 100 mph, earning himself one of the coveted Gold Star pins. The BSA Gold Star appeared the next year as a high-performance production model, most were ridden on the road but many were built into race bikes.

The sheer variety of motorcycle racing competition that the Gold Star competed in (and won) is breathtaking, they raced off-road in scrambles, on-road in both track and road racing, and on the oval flat tracks of the United States where they were racing the 750cc Harley-Davidson XR750 (and often beating it).

The 500cc version had a swept capacity of 499cc, two pushrod actuated overhead valves, a four-speed gearbox, and a chain drive to the rear wheel.

A vast array of different specifications were available over the course of the model’s production run, and it was common for both racers and street riders to customize their machines to their needs. 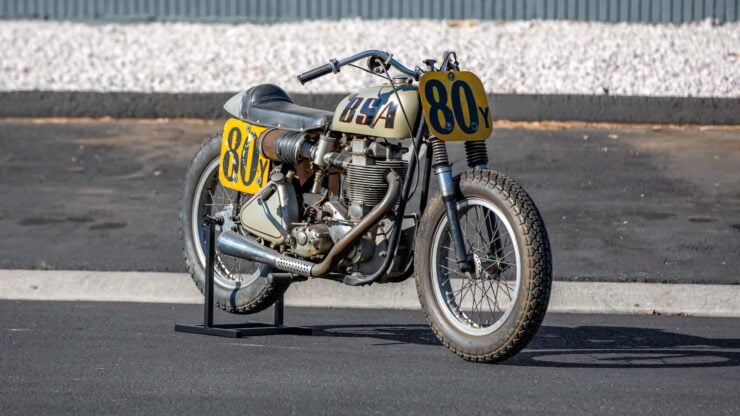 Above Image: The bike remains today just as it was all those years ago after its last race.

The BSA Gold Star you see here has been built for flat track racing, with no front brake, an oversized rear sprocket, no rear suspension, a single seat, pulled-back handlebars, and all the lighting and its wiring has been removed.

The bike has an exhaust and intake on the right-hand side to keep it clear of the dust, mud, and debris that is kicked up when dirt track racing.

This bike was ridden by Jim Rice to a popular win at the September 1967 Sedalia Mile by mere inches in front Mark Brelsford aboard his more powerful XR750.

Since its retirement from racing its been carefully preserved in as-raced condition – including dust from the famous Sedalia oval track.

It’s now due to roll across the auction block with Mecum in Las Vegas in late April, if you’d like to read more about it or register to bid you can click here to visit the listing. 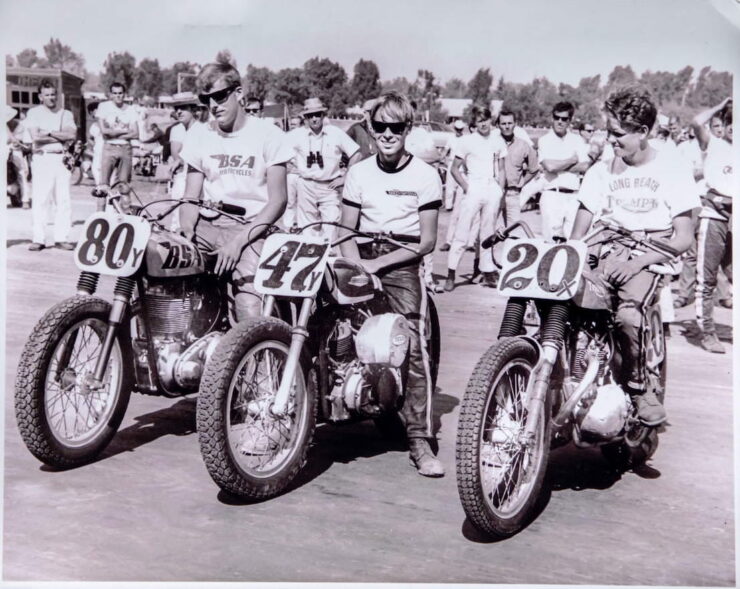 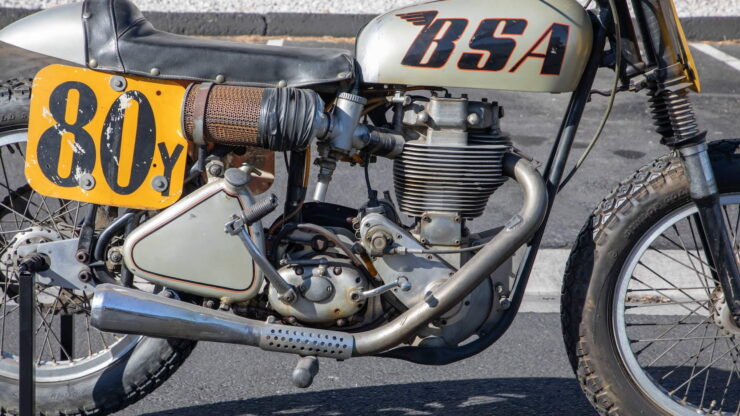 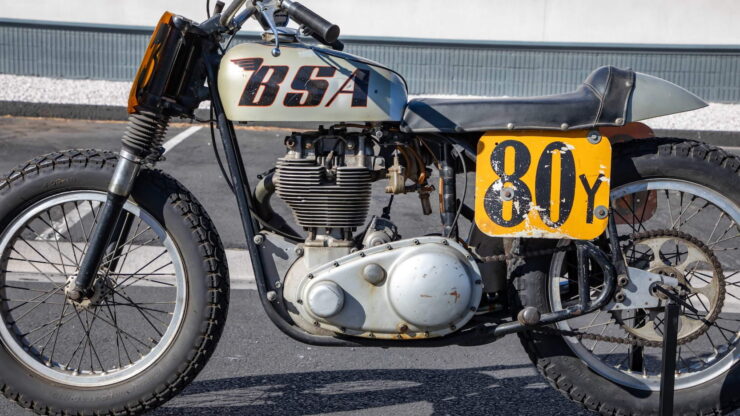 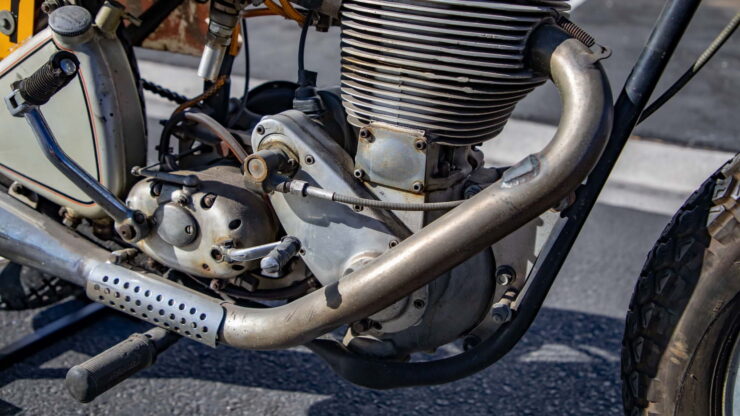 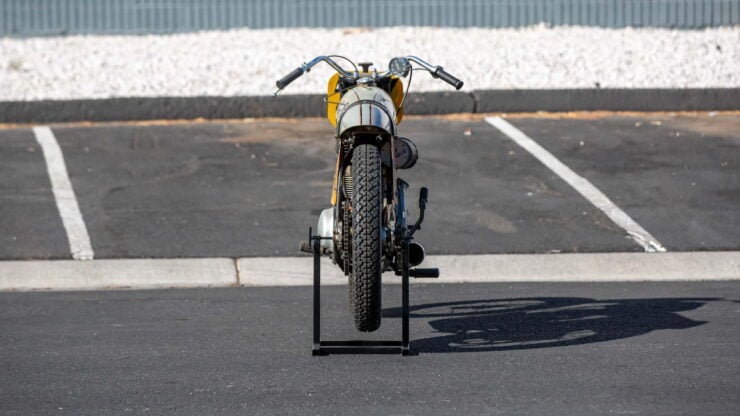 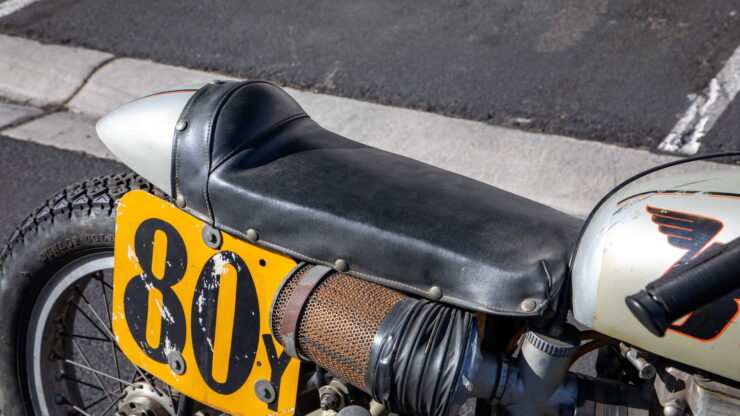 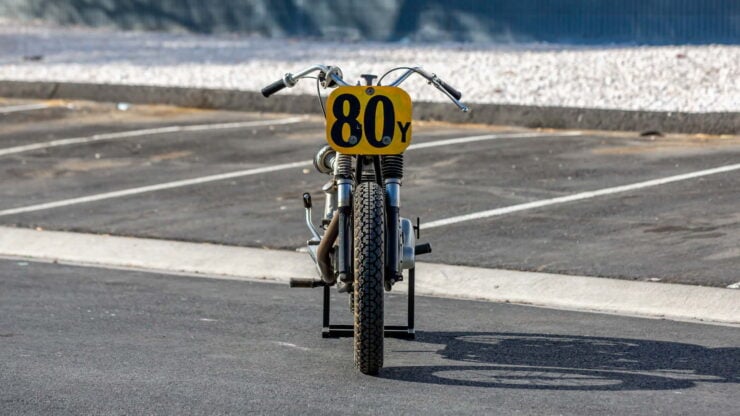 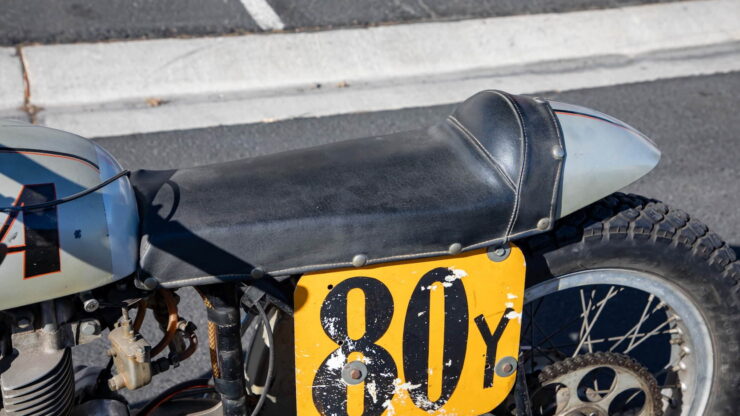 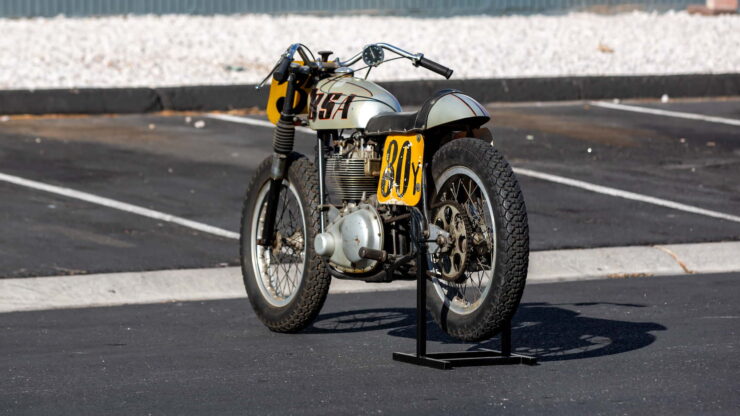 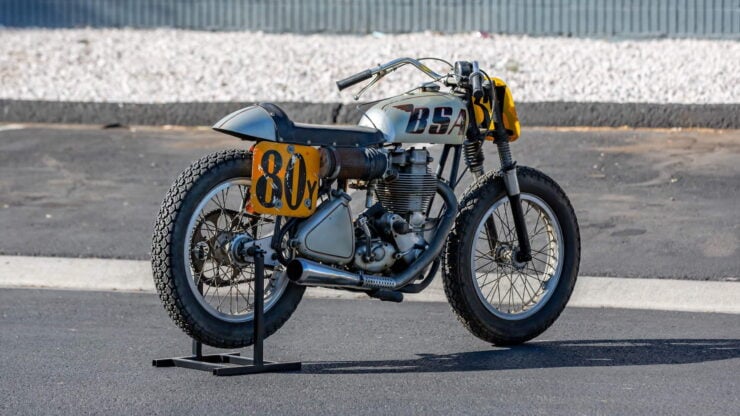 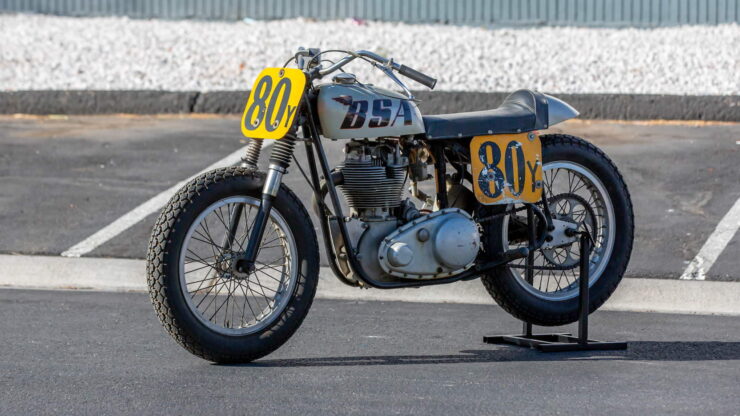 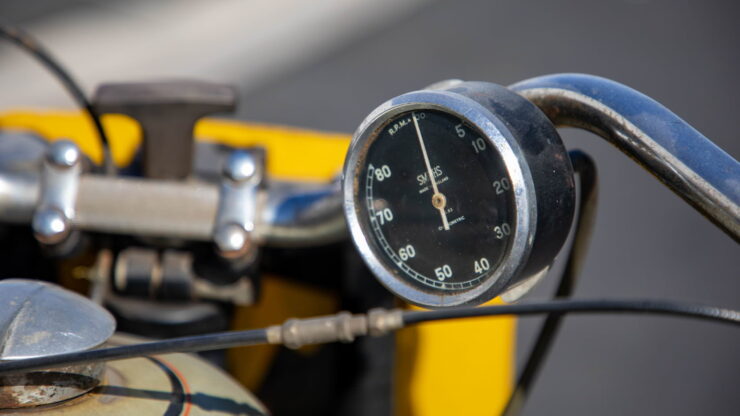 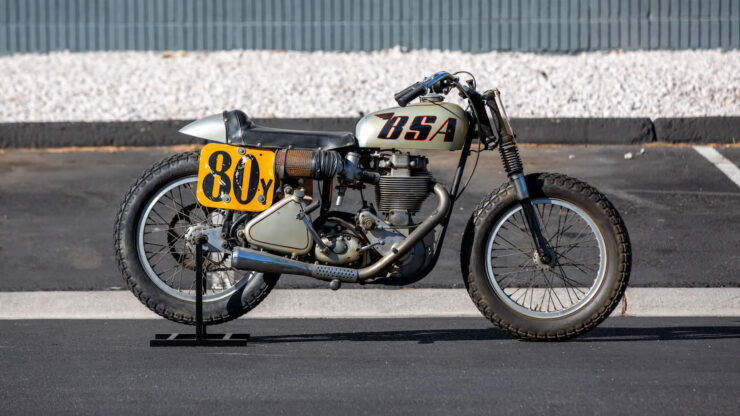