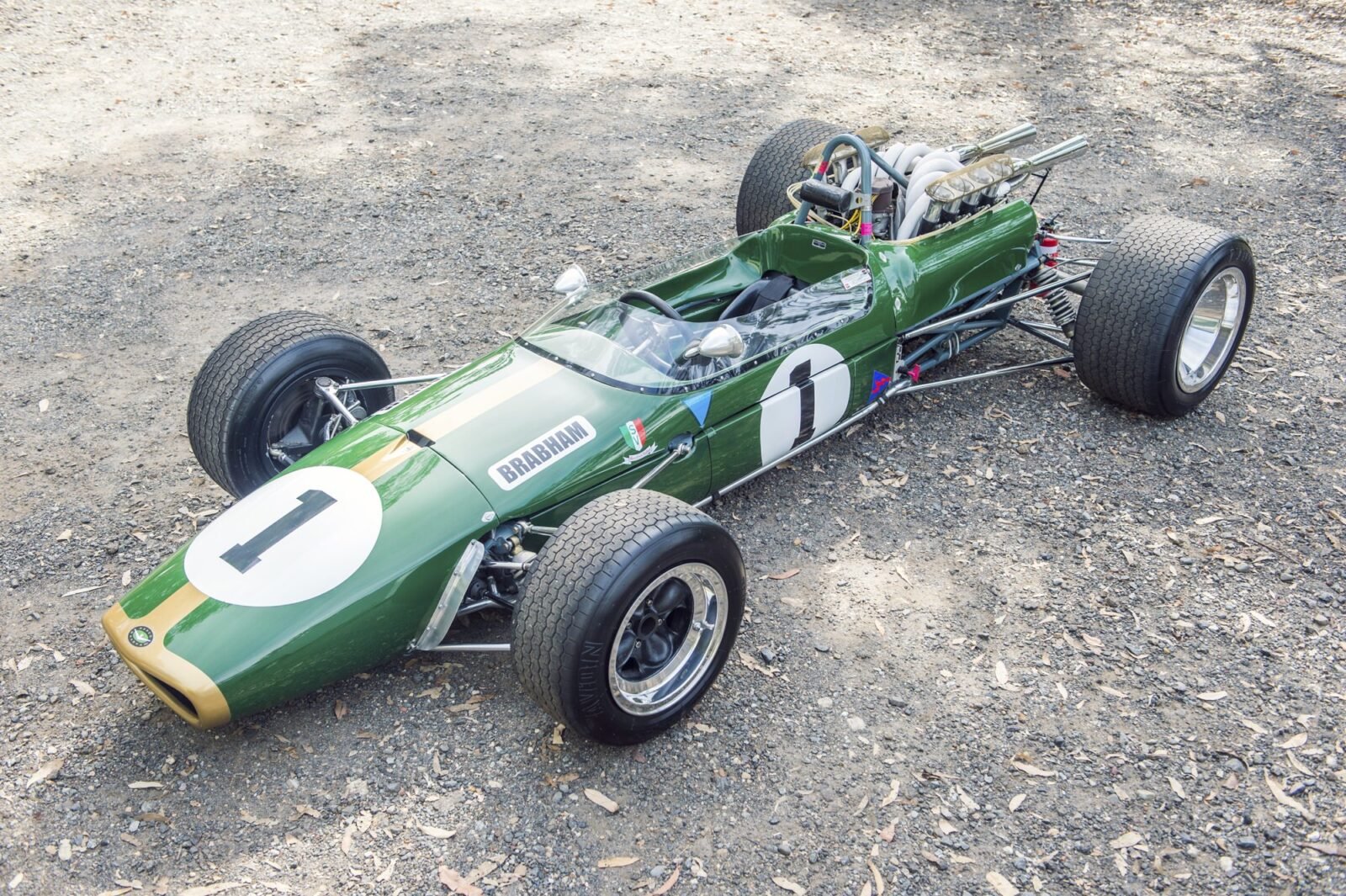 This interview has been provided by Luke Ray as part of a new collaborative alliance between Fuel Magazine and Silodrome.


Peter Simms, like most of the people we talk to for Fuel Magazine stories, is a car nut and always has been. His first project was an 850 Mini back when he was seventeen years old which received a 1216cc transplant shortly after he took ownership. As is usually the case, the bug bit and the rest is history. Peter always has some interesting projects on the go, so when he invited us to go and take a look at his original Brabham Tasman racer, we couldn’t get there fast enough.

Peter, thanks for having us. Can you tell us how your interest in motor racing started, in particular for the Brabham cars?

I used to regularly buy a magazine called Racing Car News, I still have all the copies. That was the bible back then, every month they’d have news from all the local circuits keeping you up to date with what was happening as well as overseas news. I remember keenly reading about what Jack Brabham and Ron Tauranac were up to and the engines that Repco were building.

What are we looking at here?

This is the Brabham Tasman BT23A-1 V8. It is a one-off prototype for the BT24, which won the world championship in 1967.
Only three Tasman cars were made and eight Formula 1 cars as factory race cars with Repco engines. This car was raced by Sir Jack Brabham in the Tasman series where he set the fastest lap at Wigram, retiring with overheating. Sir
Jack also took the car to a 2nd place at Lakeside, Warwick Farm 32nd, Australian Grand Prix 4th, Sandown (retired with ignition
problems but set the lap record), Longford 1st (and lap record) and came 4th in the championship.

The colour scheme you see on the car now is as Sir Jack originally painted it when it was built. This car was then purchased by David McKay of Scuderia Veloce Motors at which point the colour changed to red with a green nose cone. Greg Cusack was the driver for ‘67, winning the New South Wales Hillclimb Championship at Bathurst. Phil West drove the car for Scuderia in 1968 winning the Bathurst 100 outright. The car was then sold to Brian Page who drove the car in 1969. 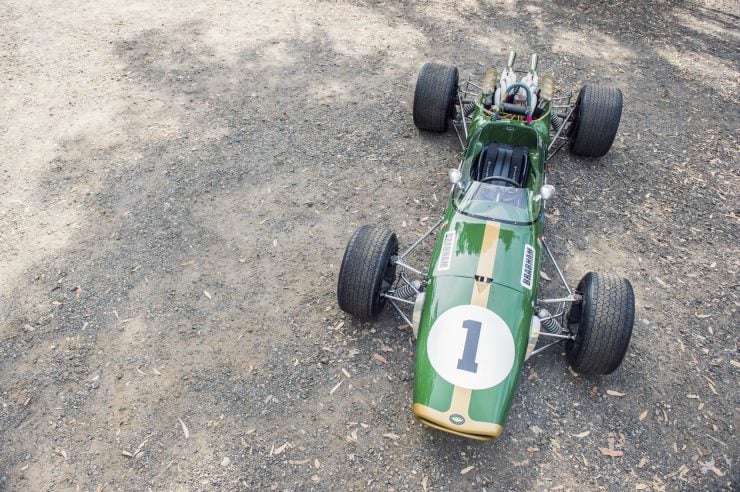 How did you come to be in possession of this car?

I was planning on doing up a Lotus Europa and race it back in the ‘70s as a group A sports car. In that series you could fit any motor that you wanted to. I had bought two 4.4 Repco Brabham engines from Western Australia, one of them complete, one in
pieces, both of which I was going to use in the Europa. I went to a Lotus club meeting and mentioned to a friend, Bryan Miller, that I had the engines. He asked me if I’d like a car to suit the engines as he knew the whereabouts of this car. Of course I was interested, so he helped track it down and to organise a time to see it. At the viewing, I bought it on the spot without hesitation and brought it back home to start the rebuild.

In what condition was the car when you bought it?

It was generally in very poor condition and had been neglected over the years. However, much of the car was original which was very exciting. So many of the parts of the car that you see here are still the very same parts original to the car. Here we have the
original chassis, engine, gearbox, gauges and the aluminium fuel tanks flanking both sides of the body are the originals. The
original wheels were long gone, but the rears are genuine Brabham wheels identical to the originals, which I had to track down, and the fronts I had made up as exact replicas.

The centre part of the body is original. The rear bodywork pieces were very ratty when I bought the car, so I took moulds and remade them. The nose cone has also been replaced. I had a run in with someone on the track at an historic meeting, so I made up a new mould and produced a new nose.

The engine is the original one that Sir Jack raced with? That’s great!

Yes it is the original 2.5 litre Brabham Repco type 740 F1 engine, but there’s a story behind it. When I bought the car, there was no engine in it, so I had to do some work to track it down. I found this car’s genuine, original engine in a speedboat in Victoria, of all places. I had heard about the boat through some drag racing friends after doing some digging around. We went down to Victoria to meet the owner of the boat, did a deal and picked up the engine the next year when he was ready to replace the engine with another for his race series. Remarkably, I also have a spare engine for the car which, due to the markings on the block, I believe to be the actual original spare race engine for this very car.

The exhaust is a genuine 1967 piece made by Lukey Mufflers. Back in the day they made exhausts for all the Brabhams.

It’s been exceptionally reliable. I built the motor in 1984, rebuilt it in ‘96 and hadn’t needed to do any work on it until just recently. I’ve been doing a bit of work to spruce it up and get it ready as I’m now selling it. So it’s done really well and not caused me any headaches at all. 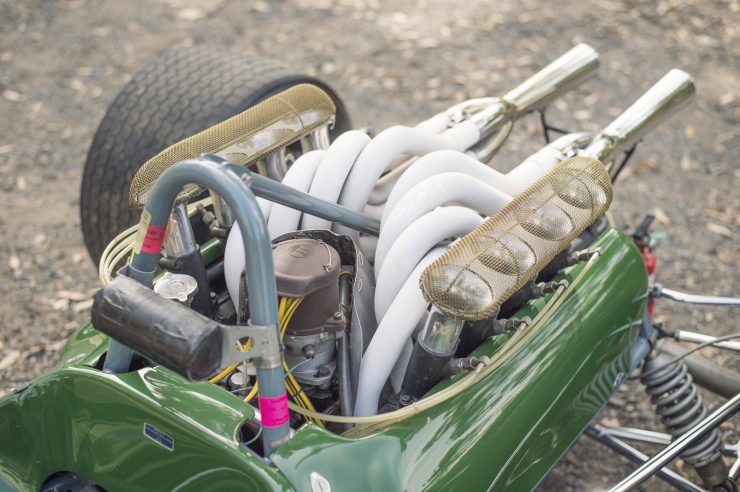 So you restored the car?

Yes, absolutely. I do my own paint, my own fibreglass, my own chassis, I make suspension components, I build my engines and gearboxes. I’ve done pretty much everything on the car myself. What I didn’t do, a friend of mine Harry Gallaway did, such as some pipes and small bits and pieces. Many of my skills have been self-taught. If a job needs doing, I try something out. Then when I’ve tried things in different ways a few times, I figure out the way to do it that works best for me. I manufactured many of the suspension components that had to be made from scratch.

How long was the project and did you build it for show or go?

I purchased the car in January 1980, 36 years ago and it was finished just in time for the first group O race meeting in Amaroo,
New South Wales in August 1984. Group O was the class for running 1966-1669 historic race cars. Later that year we took the car to Seaforth, New South Wales for what they called the Seaforth Grand Prix. Once a year they had permission to close the bridge and allow racing cars to drive around the town. That was a lot of fun! As well as racing though, they had a concours. On that particular year we were fortunate enough to win the concourse with this car, beating cars such as a C-Type Jaguar, Frank Gardner’s BMW Six Series Race cars, a 250 LM Ferrari, 275 GTB Ferrari, Porsche Bergspyder, amongst others, all of them immaculate. In 1985 we went back to Amaroo and ran the car again, winning three races in succession. I did all the racing myself. It’s very satisfying to successfully race a car that you have built up yourself.

We kept racing at various historic meetings; Sandown, Classic Adelaide, Phillip Island Classic, all to a general degree of success. Gary Brabham raced the car at one point at the Clipsal 2000 Race of Legends in Adelaide, alongside his brother driving
another Brabham and Sir Jack in another car that came in from the States. Gary ran the car third outright behind two Lotus 49s. Sir Jack came up to me afterwards, tapped me on the shoulder and said “Son, I want your car next year…”.

We’ve taken the car to many of events and had a lot of fun with it. 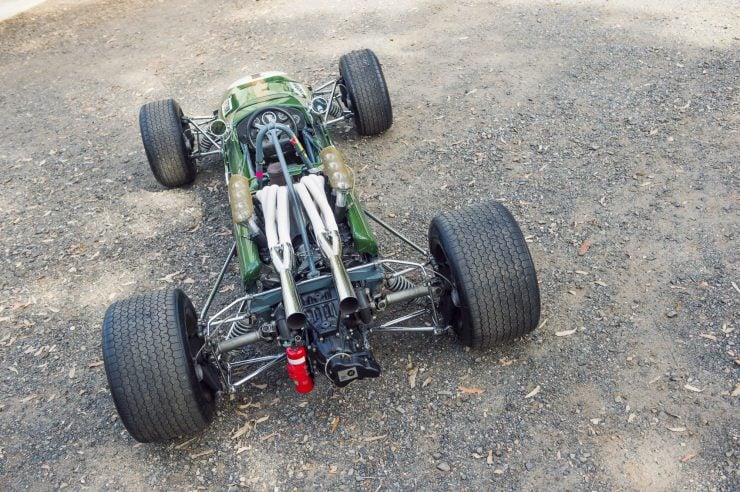 Tell us about the signatures on the rear bodywork.

My wife and I attended the opening of the Motoring Life Museum in Wollongong with the car in 2008. There was a room there that had been built in Sir Jack Brabham’s name and he was attending to officially open it, along with Ron Tauranac, Sir Jack’s ‘Brabham Racing’ team co-founder. Sir Jack had a look over the car and checked it out. Seeing as we had them there both together, we got them both to sign the car.

We feel utterly privileged to have spent some time with Peter and this historically significant car. I have a feeling that we may well be back to see Peter again in the future as he has some other projects that I’d love to tell you about when the time is right.

Peter’s Brabham Repco BT23A-1 is currently up for sale. Expressions of interest can be directed to [email protected]

Click here to check out the latest issue of FuelMagazine for this story and much more. 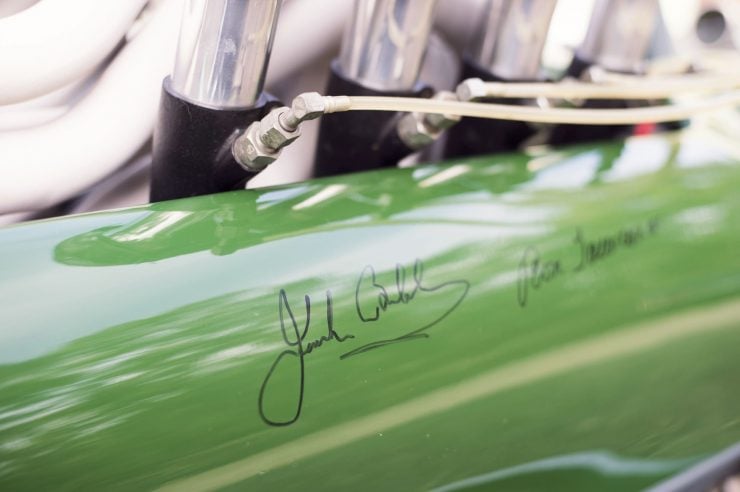 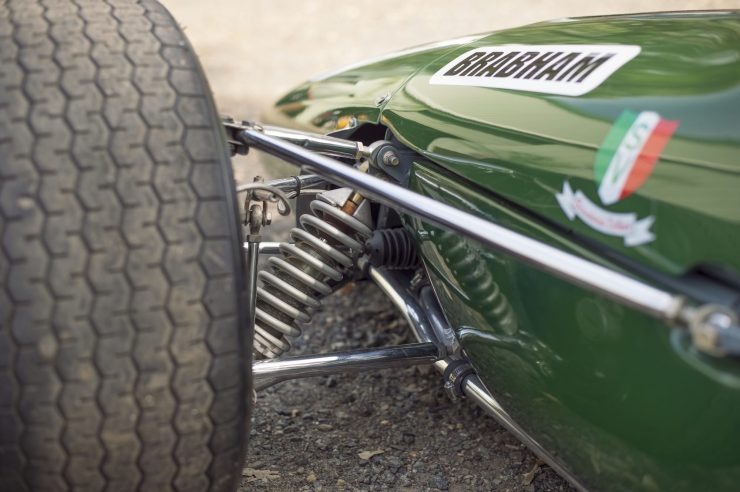 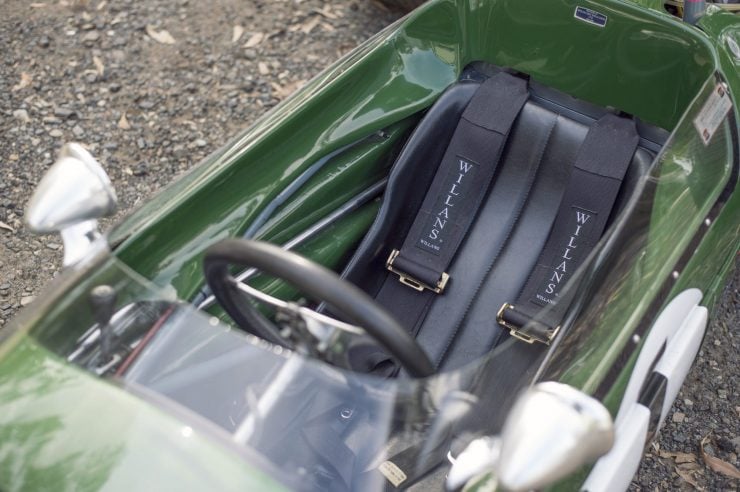 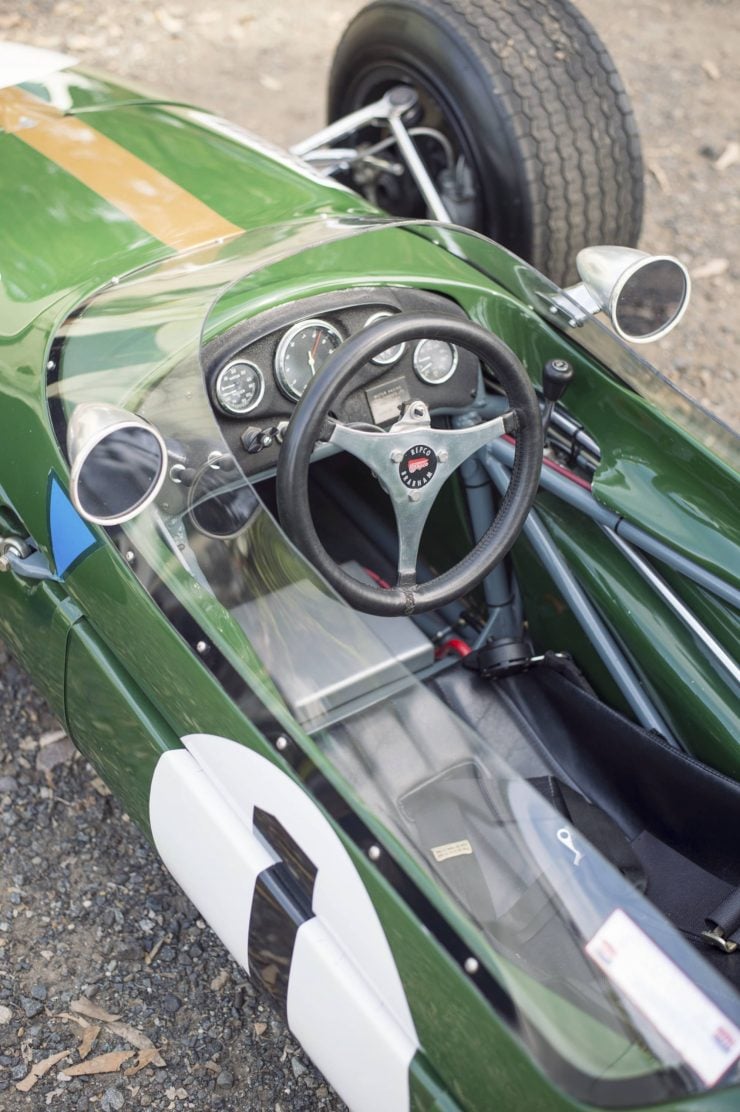 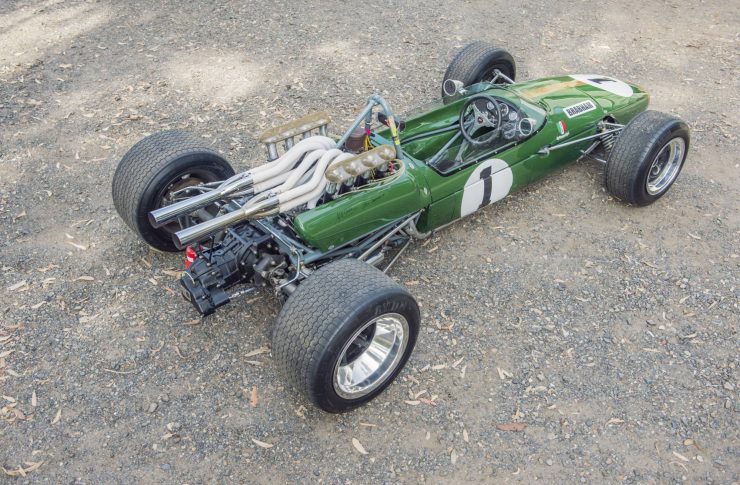 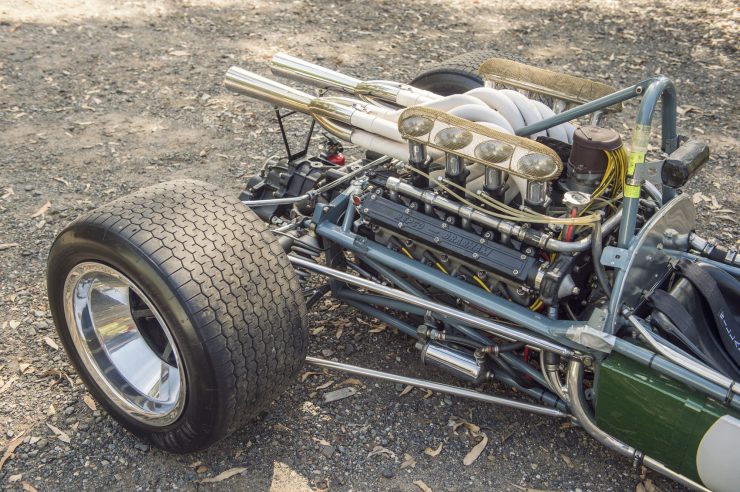 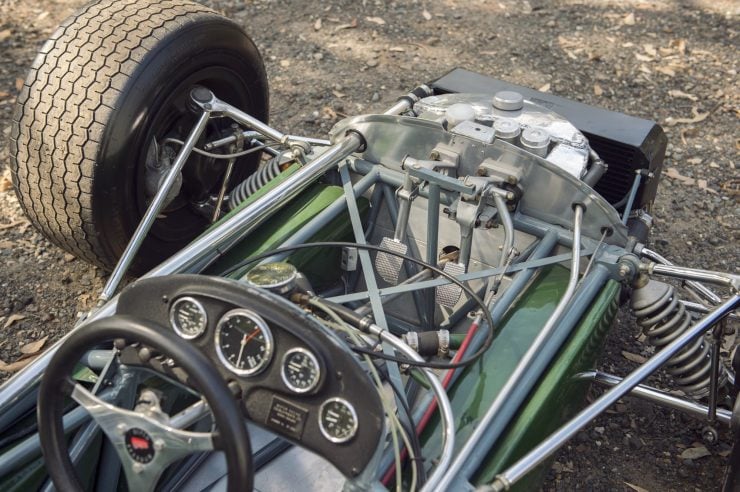 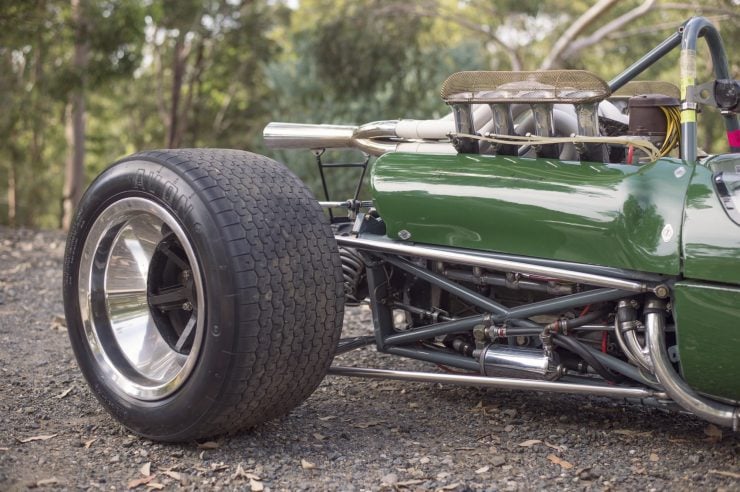 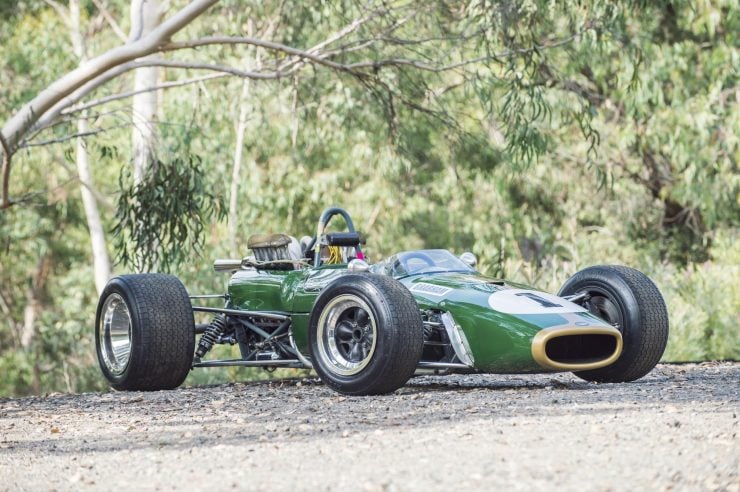 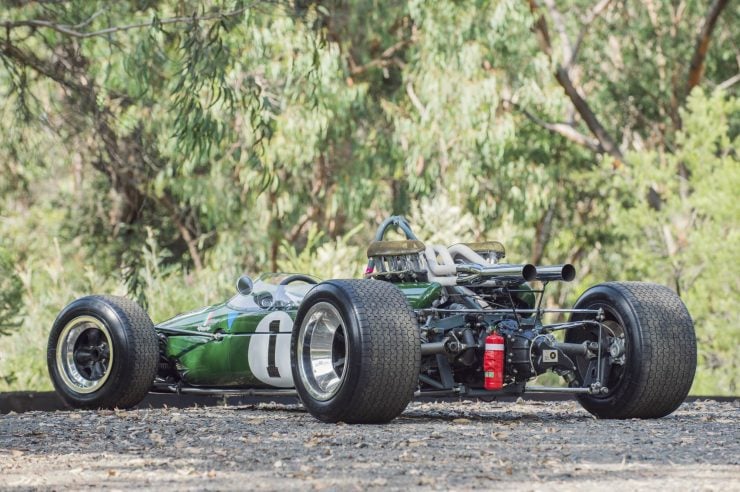 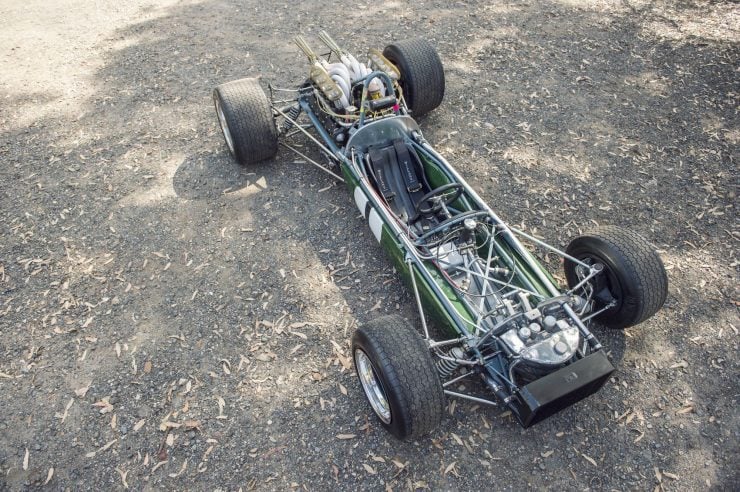 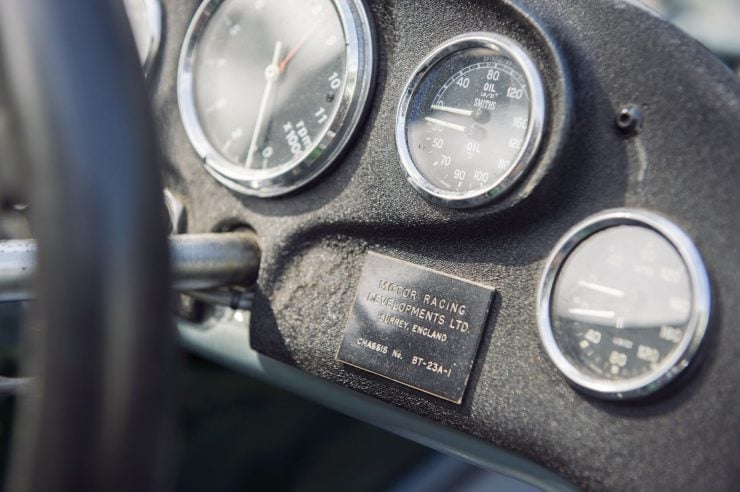 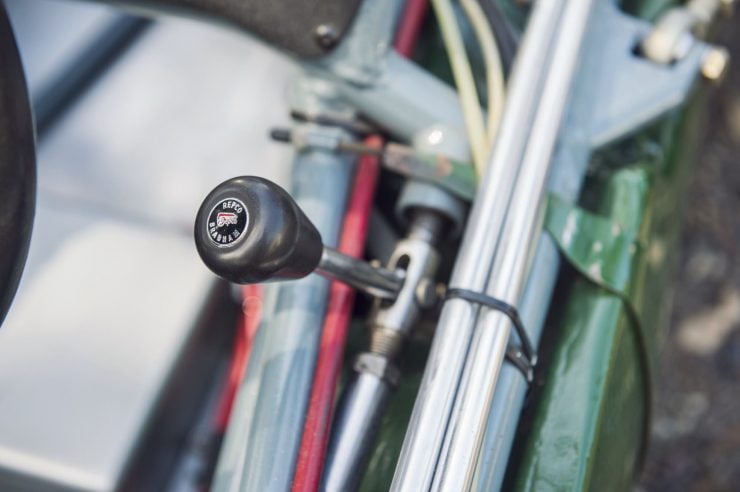 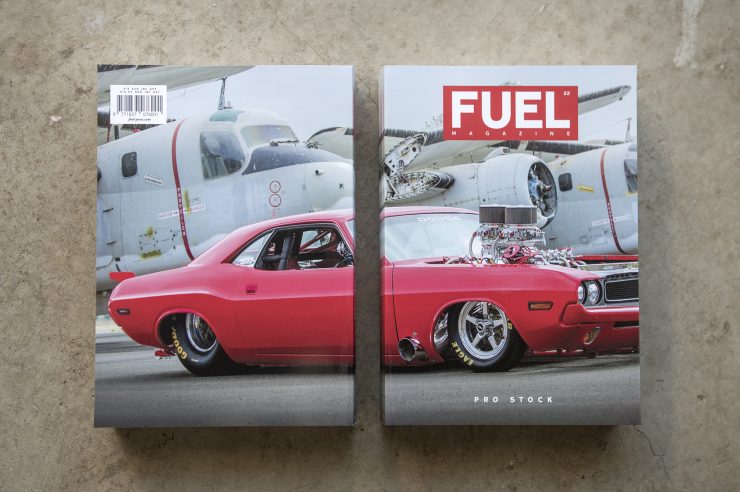 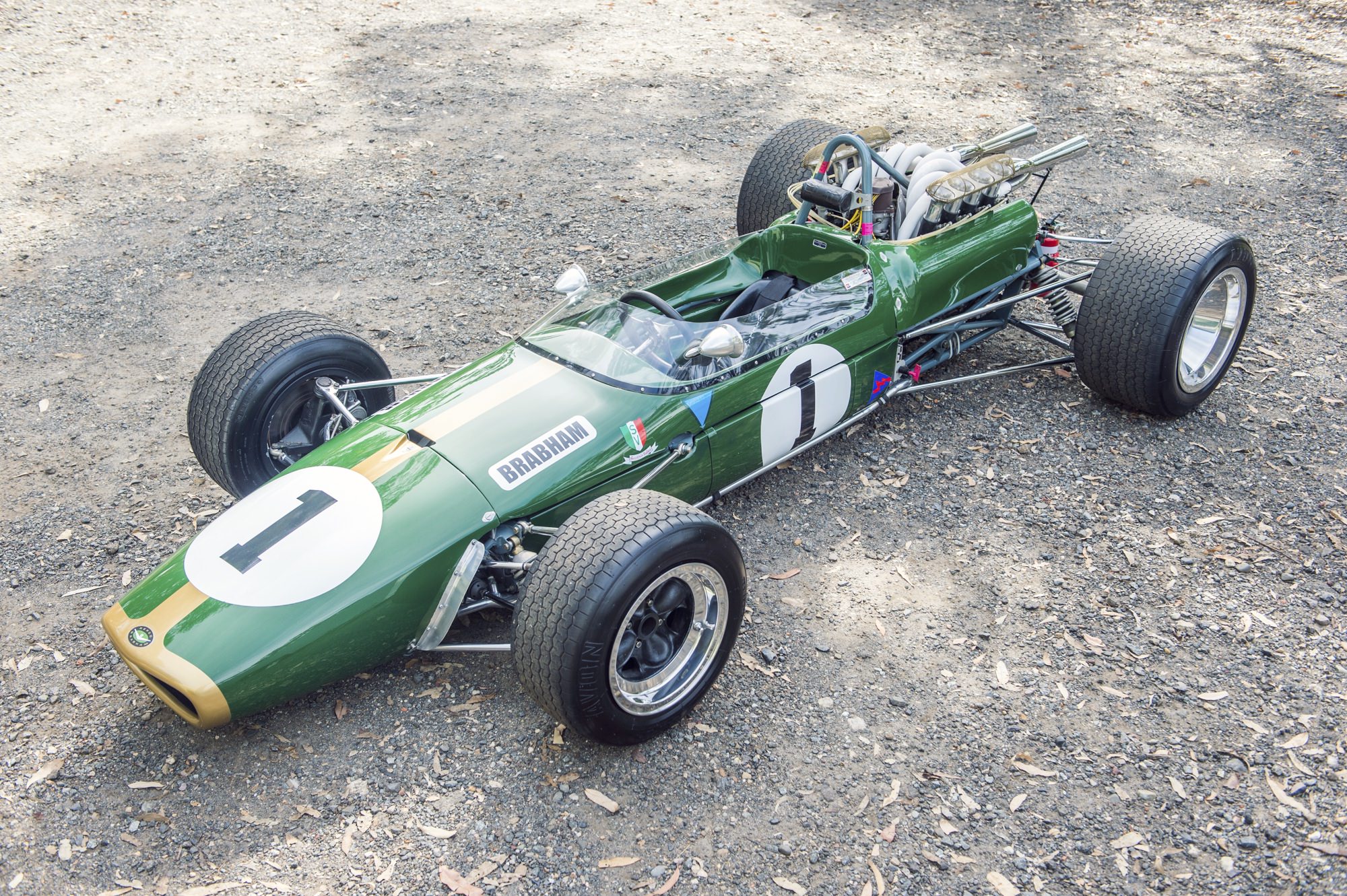 Published by Ben Branch - July 29th 2016
Related Posts
Full Documentary: Thrust 2 “For Britain And The Hell Of It”