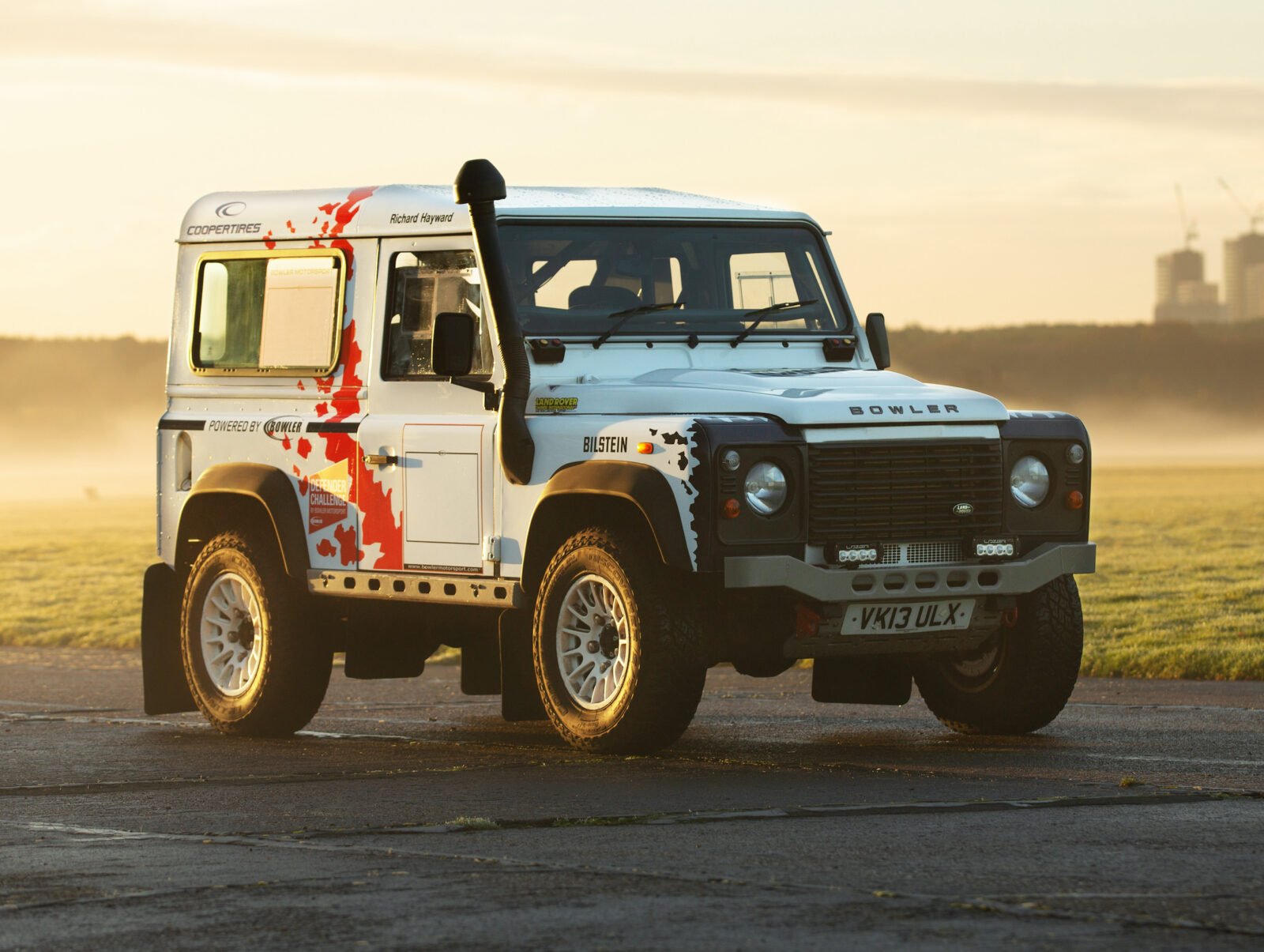 The Land Rover Defender is likely not the first vehicle you think of when you hear the term “rally car” but that’s exactly what this 2013 Defender 90 is. Not only is it a rally car, but it’s a successful rally car that’s taken two class wins (so far) in British rallies.

The reason this Defender is so quick is because it was built by Bowler, a British engineering firm that’s been building the world’s fastest Land Rovers since 1985. Bowler was founded by Drew Bowler due to popular demand back in the mid-1980s after he heavily modified a Land Rover Series 1 and starting winning events with it.

Over the years Bowler became the de facto place to go if you wanted a fast Land Rover or Range Rover. Bowler vehicles have competed in almost every major off road race in the world including multiple entries in the Dakar and Baja.

When the producers of the James Bond film “Spectre” needed a fleet of highly capable Defenders they worked with Bowler and the Land Rover Special Vehicles Division to create a number of extreme vehicles called the Land Rover Defender SVX. 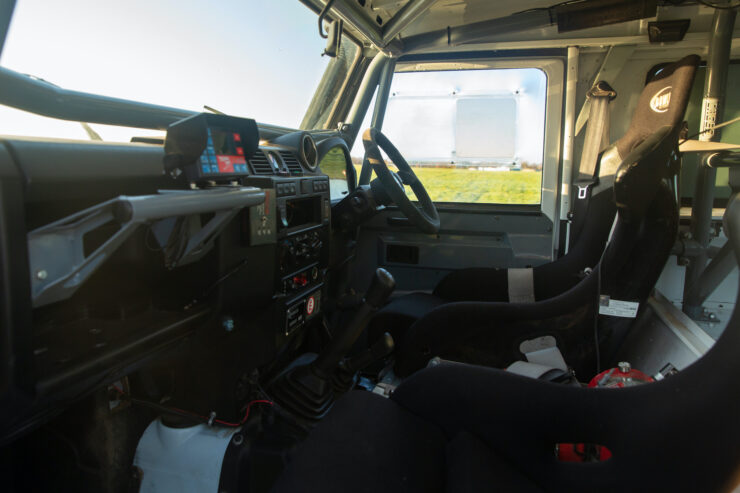 Above Image: The interior of the vehicle is set up specifically for racing, with race seats and harnesses, a full roll cage, and rally timers.

Perhaps the biggest vote of confidence in the ability of the team at Bowler was the fact that that Jaguar Land Rover acquired the company in late 2019. JLR executives have kept Bowler exactly as it is, it still operates out of its original facility in Derbyshire in England.

In late 2020 Bowler and JLR announced that they would be bringing the Land Rover Defender back into production as Project CSP 575. This vehicle is based on the original Land Rover Defender 110 and it’s powered by a 5.0 litre Jaguar V8 producing 575 ps or 567 hp.

The vehicle you see here was built by Bowler as their original works development car, in this capacity it was featured in both Car and Evo magazines before being raced by Bowler Director Richard Hayward and the late Drew Bowler himself.

The Defender Challenge was a race series founded as a joint venture between Land Rover and Bowler Motorsport, it ran from 2014 until 2016, and each season consisted of seven rounds all held in the United Kingdom. Defender Challenge races supported established events like the Somerset Stages, Welsh Hill Rally, and the Scottish Hill Rally. 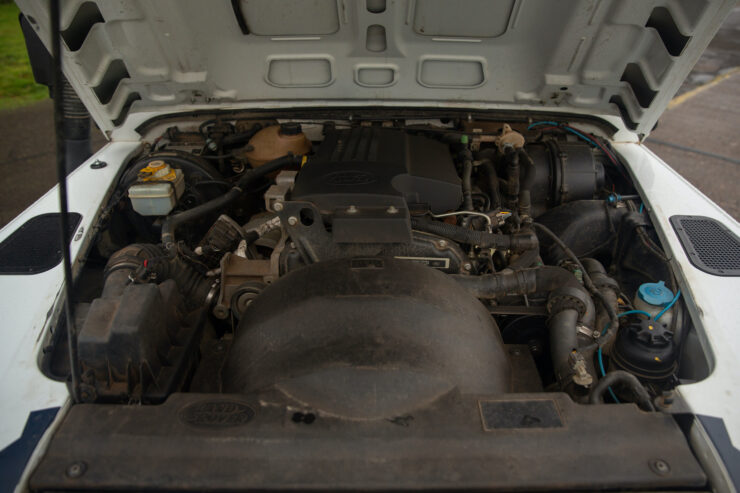 13 Defenders were built for the Defender Challenge, all to the same specification. Engine modifications resulted in a power boost from 120 bhp and 266 lb ft of torque to 175 bhp and 332 lb ft, handling was improved with custom-made Bilstein shock absorbers and uprated anti-roll bars.

Lightweight 16″ alloy wheels were fitted along with Kumho tires, a substantial MSA-approved rollcage was bolted into place, ignition cut-off and fire suppression systems were installed, and two competition bucket seats were added.

This car was further modified later in its life with a Stage 2 engine upgrade, this boosted power to 195 bhp and 380 lb ft of torque. It was also given a Bowler/Alcon braking system upgrade, a 3 inch race exhaust system, and twin front-mounted high intensity ST4 Lazer lamps.

During its competition career the Defender took class wins in the 2016 Scottish Borders Hill Rally and 2018 Hill Rally Championship, and it’s now coming up for sale with RM Sotheby’s so a new owner can carry on campaigning it (if they choose). 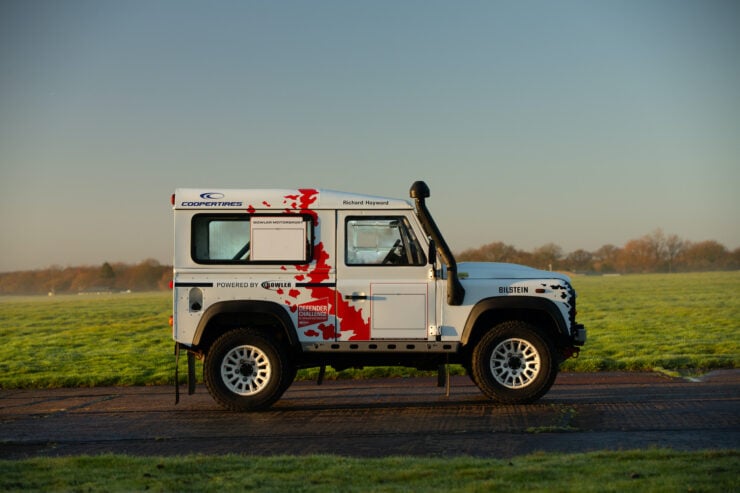 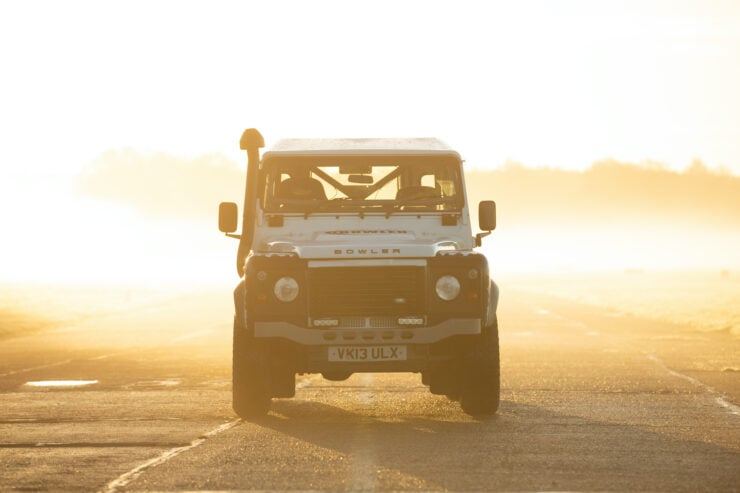 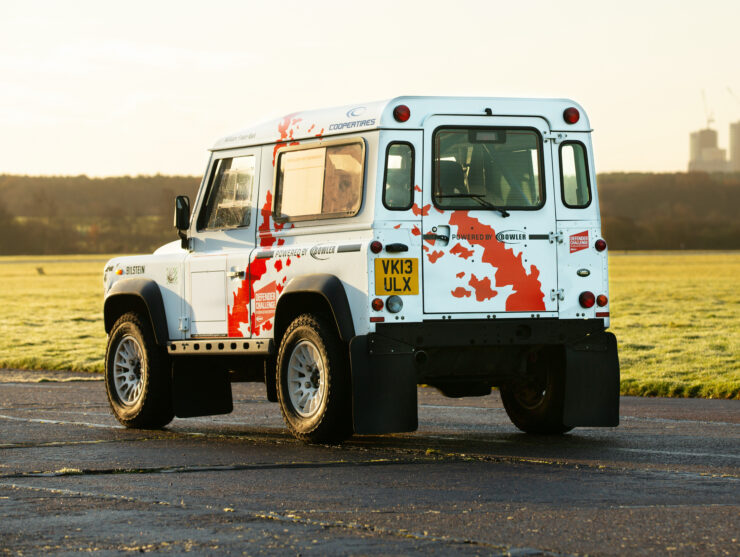 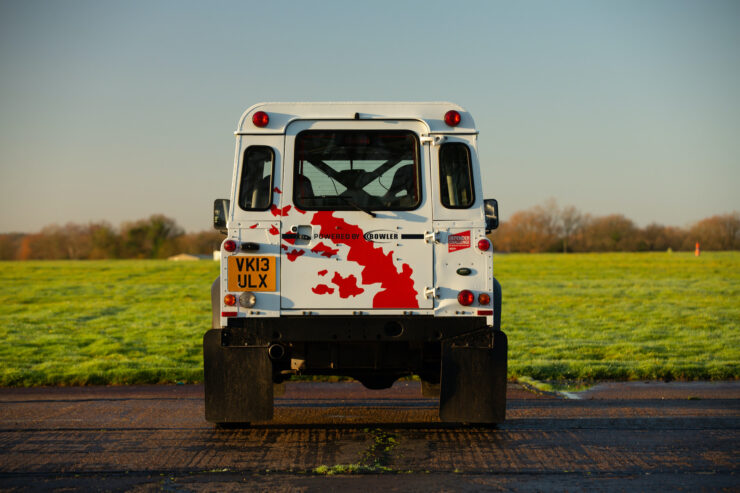 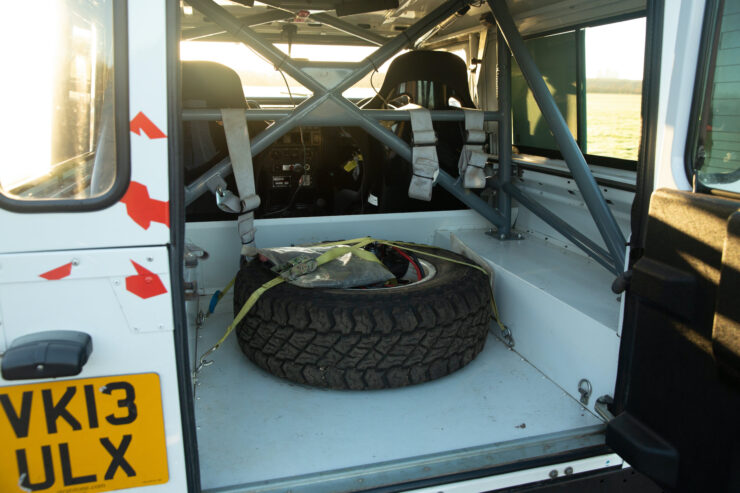 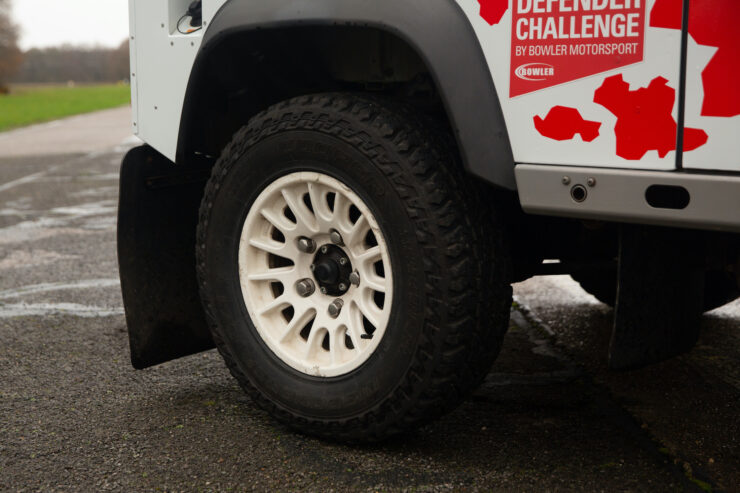 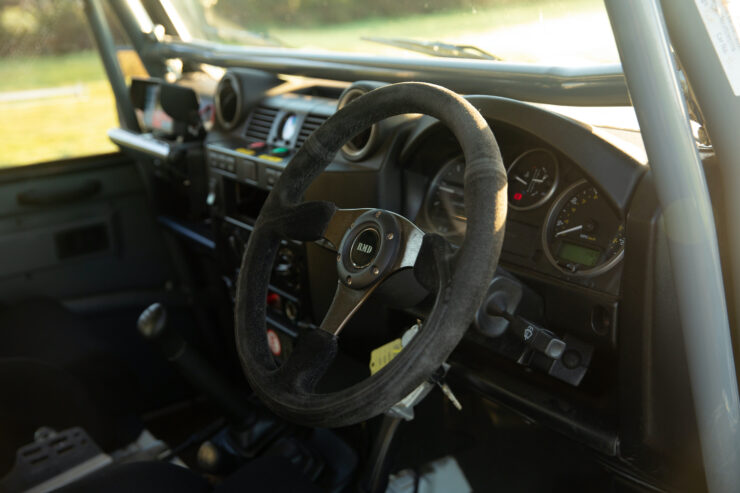 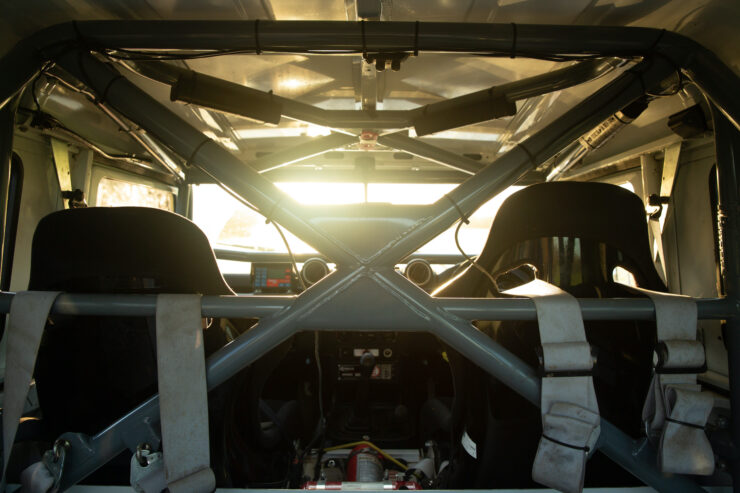 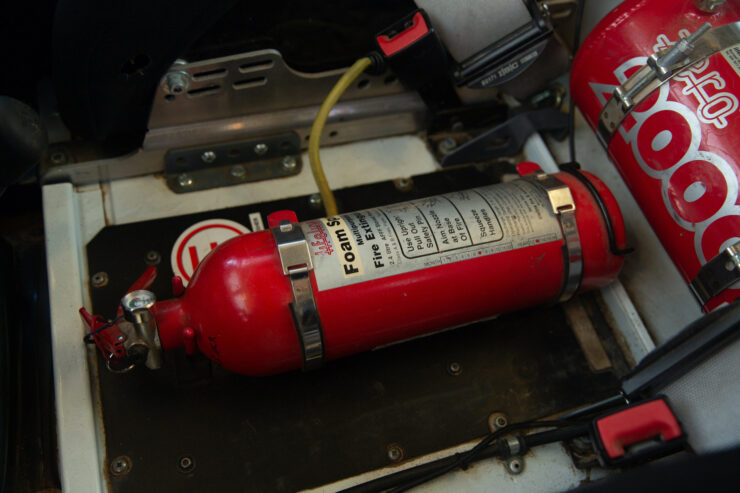