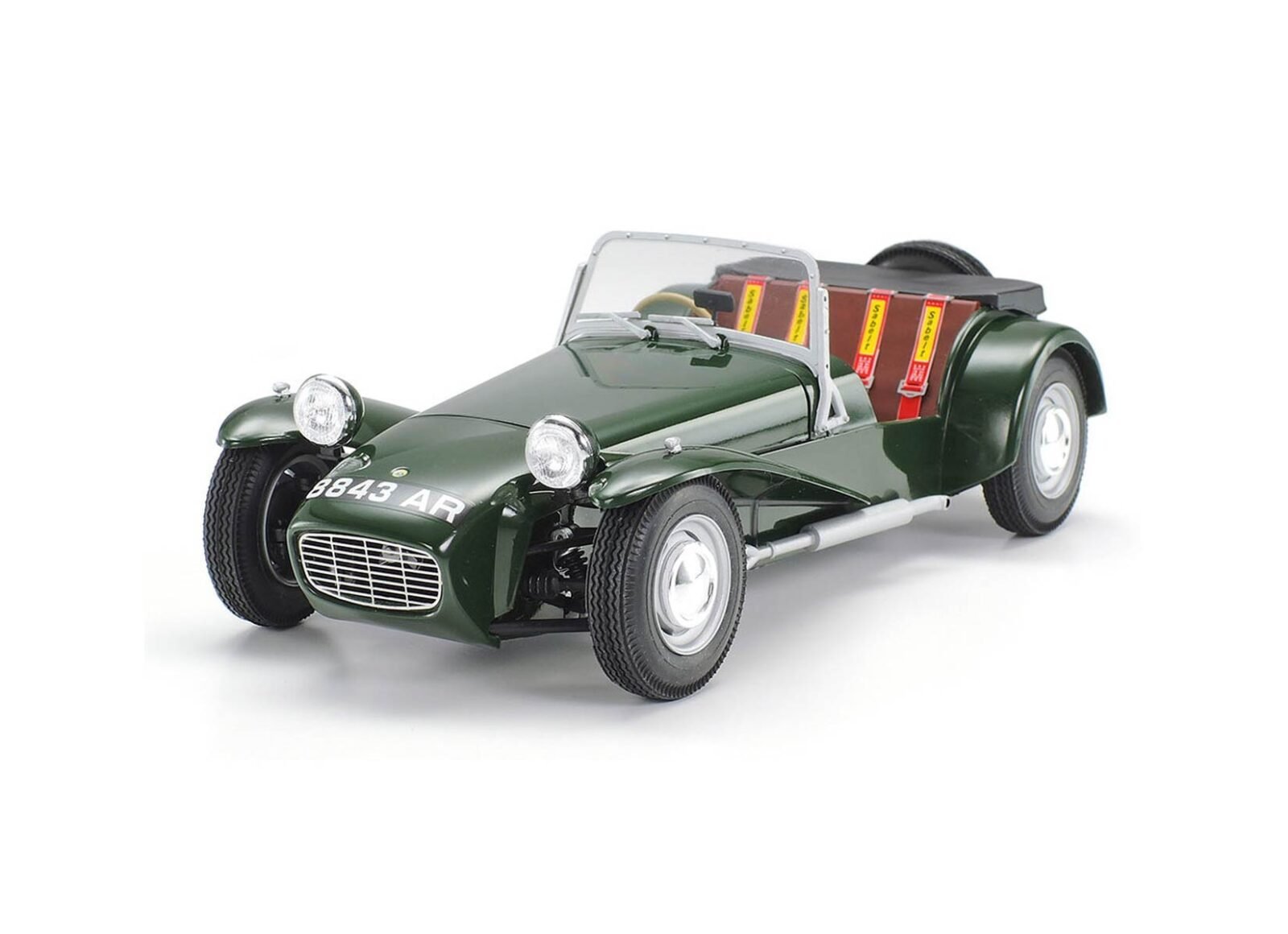 This is the Tamiya Lotus Super 7 Series II, a 1:24 scale model of a car with one of the longest production runs in history, if not the longest outright.

Lotus famously came up with a clever scheme to get around new car tax when they released the original Lotus 7 as a kit car. If they sent an assembly manual with the car it would classify as a car sale and it would be taxable, so they sent each kit with a disassembly manual that the builder would follow in reverse.

The driving experience of the Lotus 7, and its modern licensed iteration the Caterham Seven, is one of the purest experiences you can have behind a steering wheel. The cars typically weigh in at around 545 kilograms or 1,200 pounds, they have excellent steering feel, firm suspension, and the experience is probably best described as driving a road-legal go kart.

The company Caterham used to be one of Lotus’ biggest dealers in the UK and in 1973 they took over production of the Lotus 7, calling it the Caterham Seven, and only updating it slowly and incrementally over the intervening decades.

You can still buy a kit from Caterham today and many people do, though now they come with the assembly instructions printed the right way around.

If you’ve always wanted to build yourself a 7 but lack the garage space or finances to do so, Tamiya have released their own Lotus Super 7 Series II kit. When building your kit you can choose to go with either the road car or Clubman racer set up, both are included in the kit.

On the finished model the hood, or bonnet, opens to show an accurate Ford Kent engine with dual side draught Weber carburetors and a finned valve cover. The suspension is accurately depicted, as is the interior of the car, and when completed it measures in at 139mm long, 61mm wide, and 41mm high. 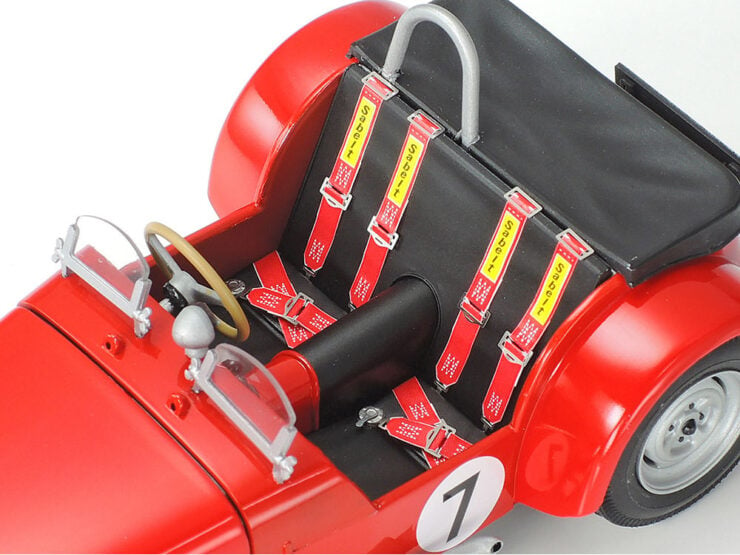 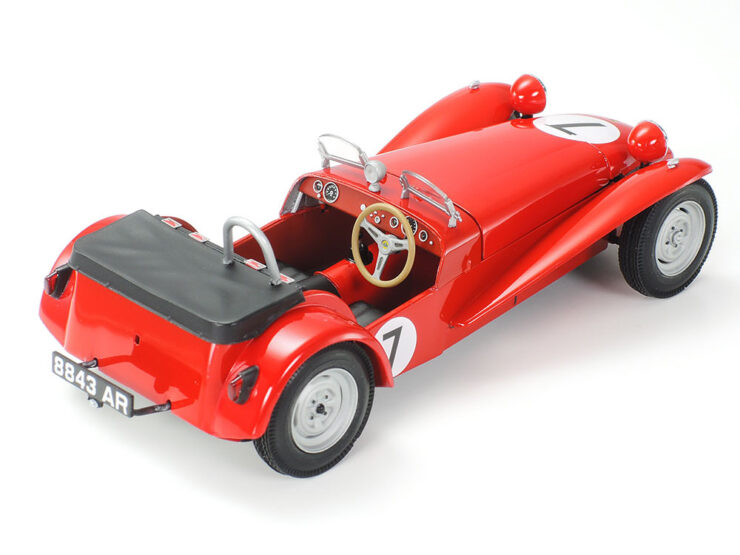 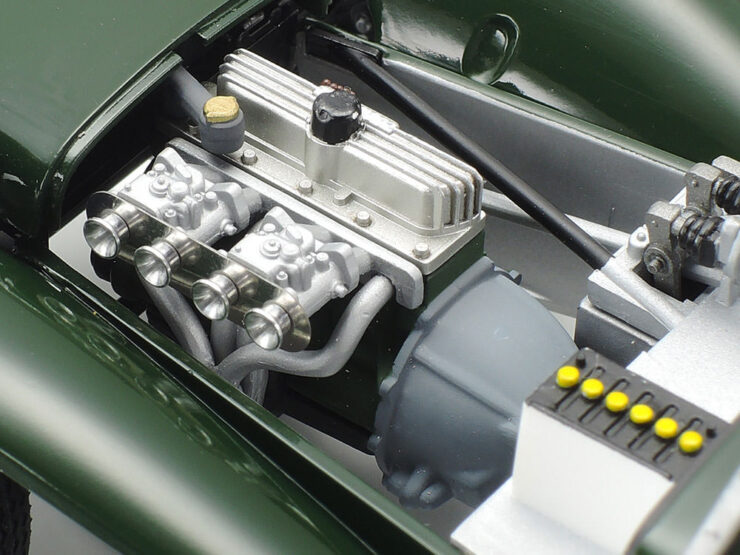 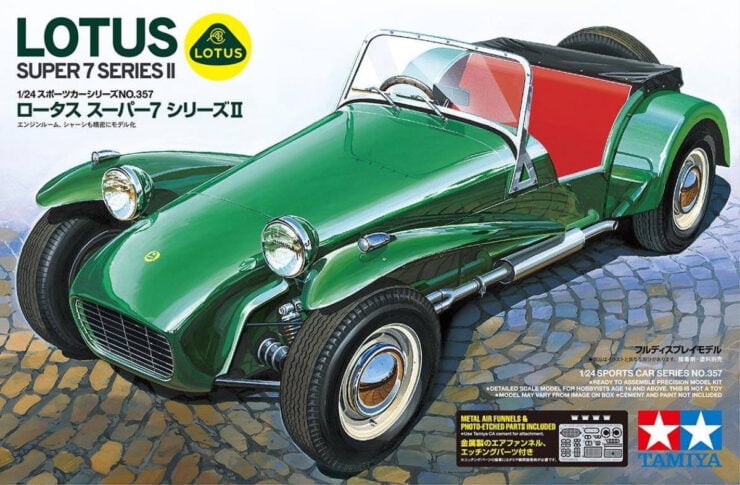