The Bond Bug – An Unusual British Microcar With Three-Wheels 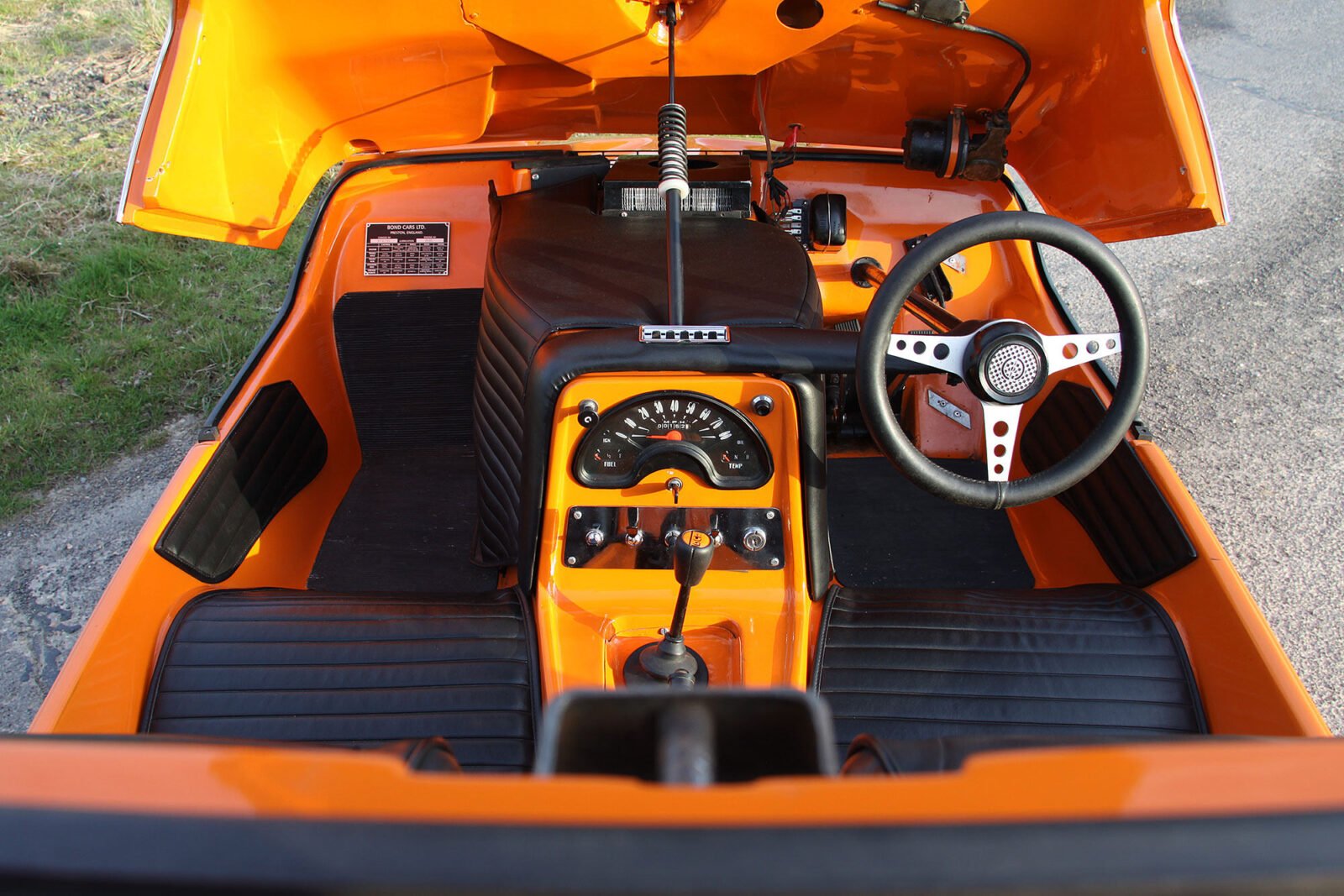 The Bond Bug is a British microcar that would have necessitated the invention of the word “quirky”, if it hadn’t already existed.

All of us have seen the Bond Bug before, even if we didn’t realise it at the time – in 1977 the designer of the Bug was working for a new sci-fi film called Star Wars, and he developed a vehicle known as a Landspeeder using a Bond Bug as its platform (with mirrors angled at 45 degrees to hide the wheels).

Many of us are familiar with the Reliant Robin, a 3-wheeled vehicle that Jeremy Clarkson, James May and Richard Hammond tried to launch into space on a formerly fantastic television programme called “Top Gear”. The Bug is a descendent of the Robin, it uses a shortened platform that had been newly developed for the Reliant Regal, and a 4-cylinder engine that had been sourced from the Austin 7. 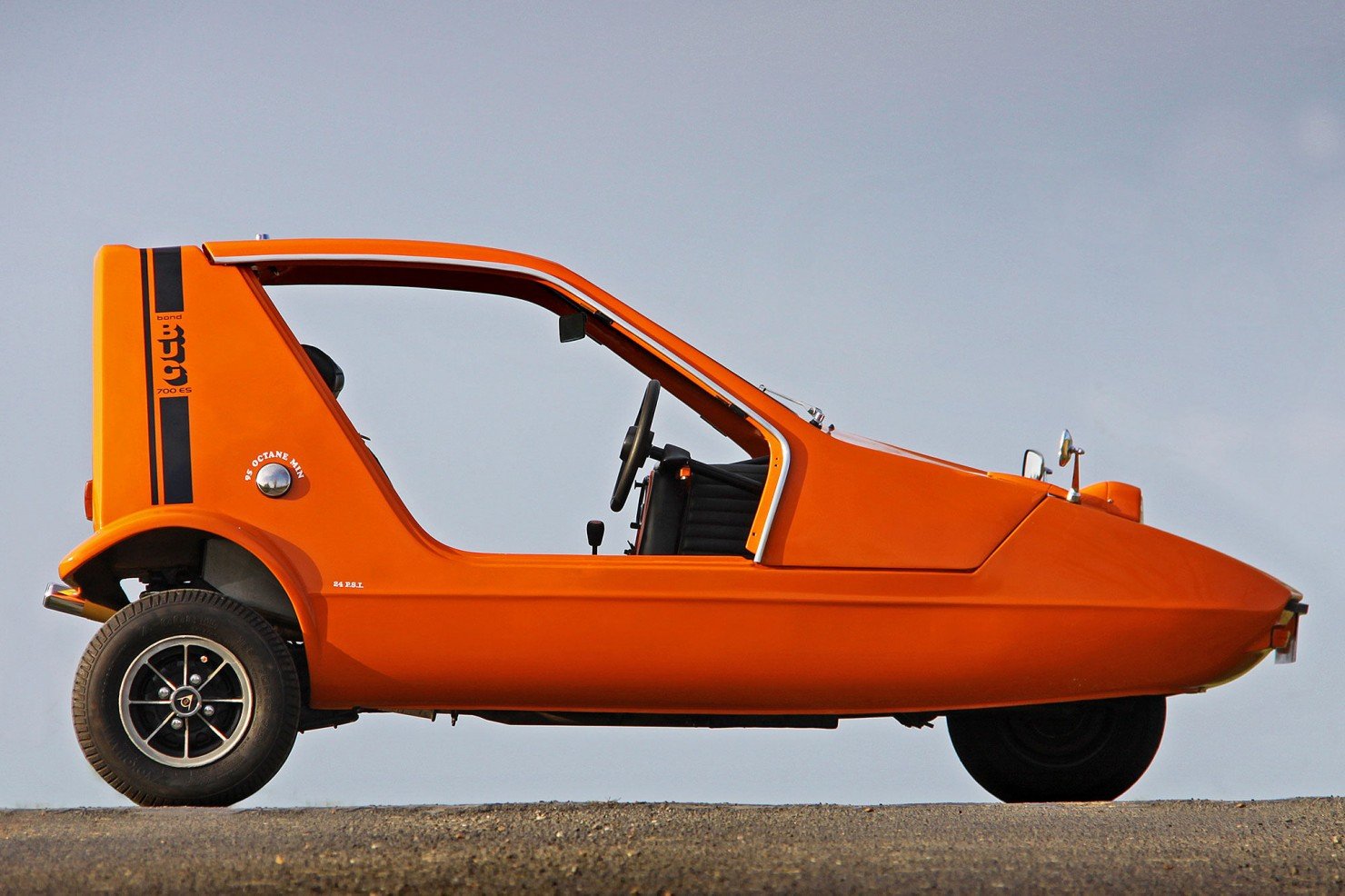 Perhaps the biggest drawcard of the Bug was the fact that it was officially classed as a motorcycle, so it could be driven by those who were more used to riding. It’s exceedingly rare that you’ll see a Bond Bug that isn’t bright orange as it was the only colour the factory offered, the interior was relatively spartan and as a result the kerb weight was just 868 lb (394 kg).

Bond Cars built the Bug from 1970 to 1974 and just 2,270 units were sold. This was due to a few factors but perhaps the most significant reason was the relatively high cost. A Bug retailed for £629 and its largest competitor was the Mini, which sold for exactly £9 less. Now the Bug accelerated better than the Mini but it cornered much slower and didn’t have the same cool factor that had been bestowed on its rival by wins in various motor racing events including multiple wins at the Monte Carlo Rallye. 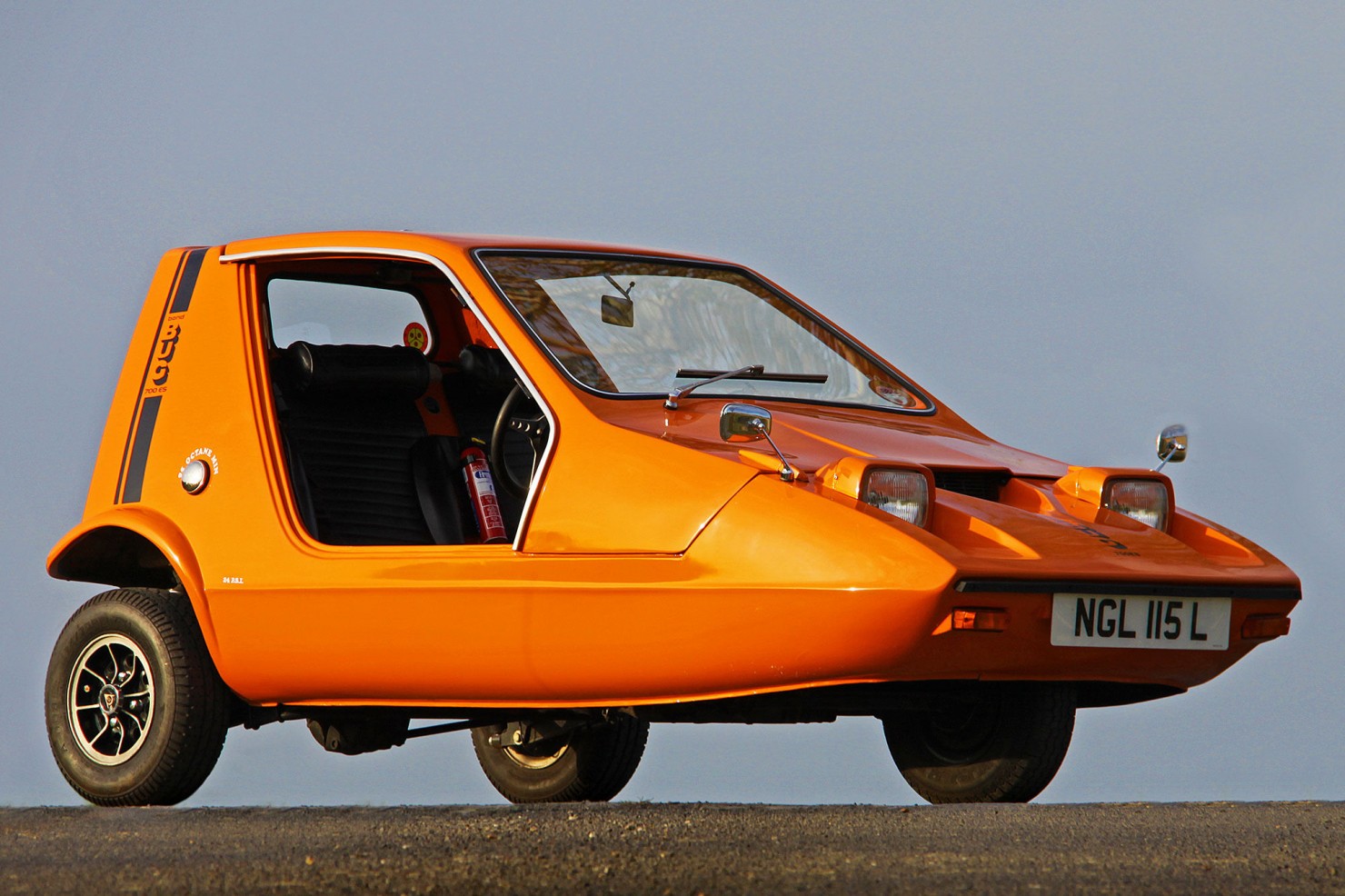 In more recent years the Bug has surged in popularity, the retro appeal has seen prices soar on surviving cars and it’s impossible to drive one without constantly waving back at people.

The beautifully preserved model you see here is currently part of the Proper Bikes collection of Paul Brace – the man responsible for the design and construction of the iconic Eagle E-Type Speedster.

If you’d like to read more about the Bug you can click here to visit Proper Bikes. 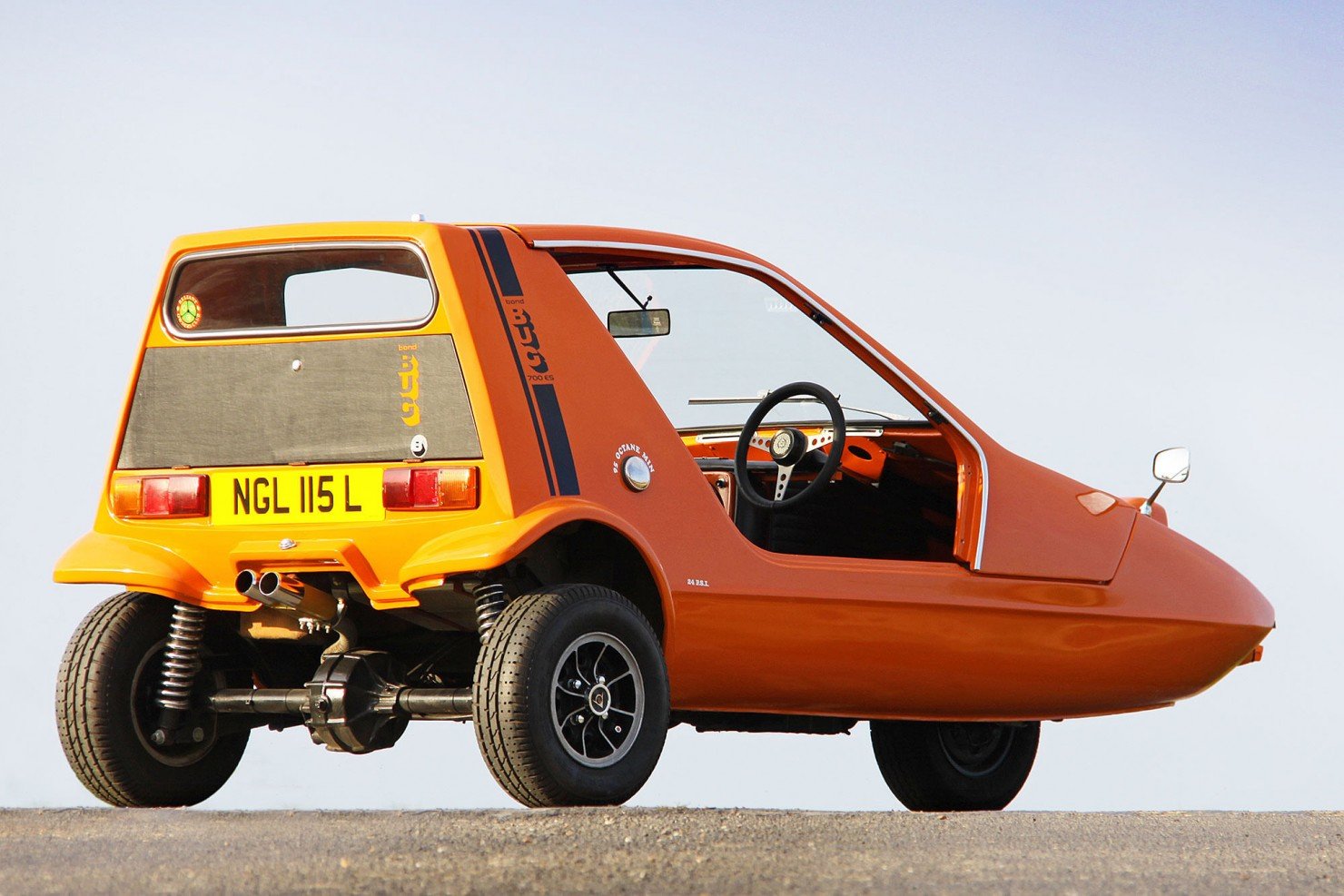 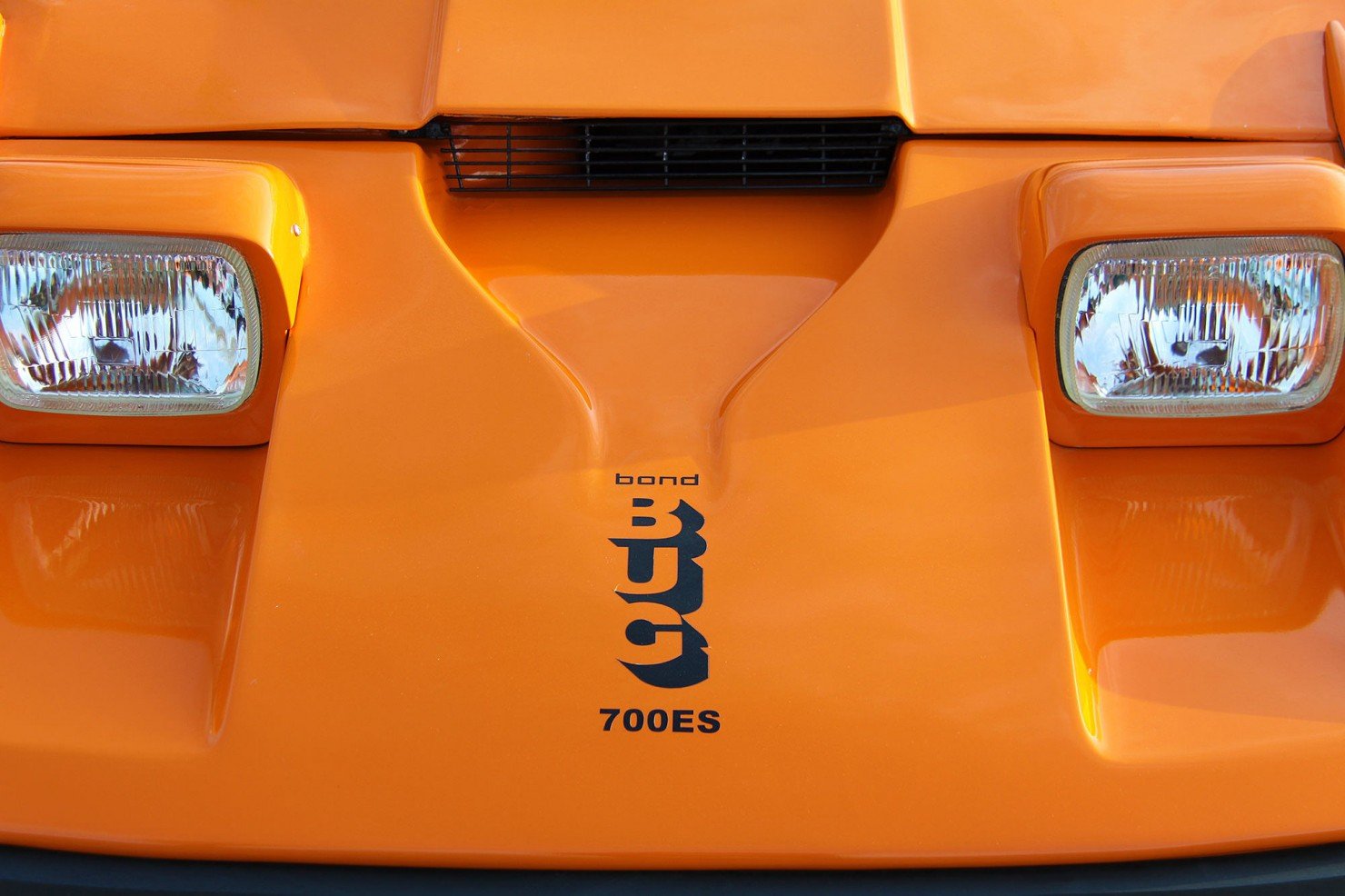 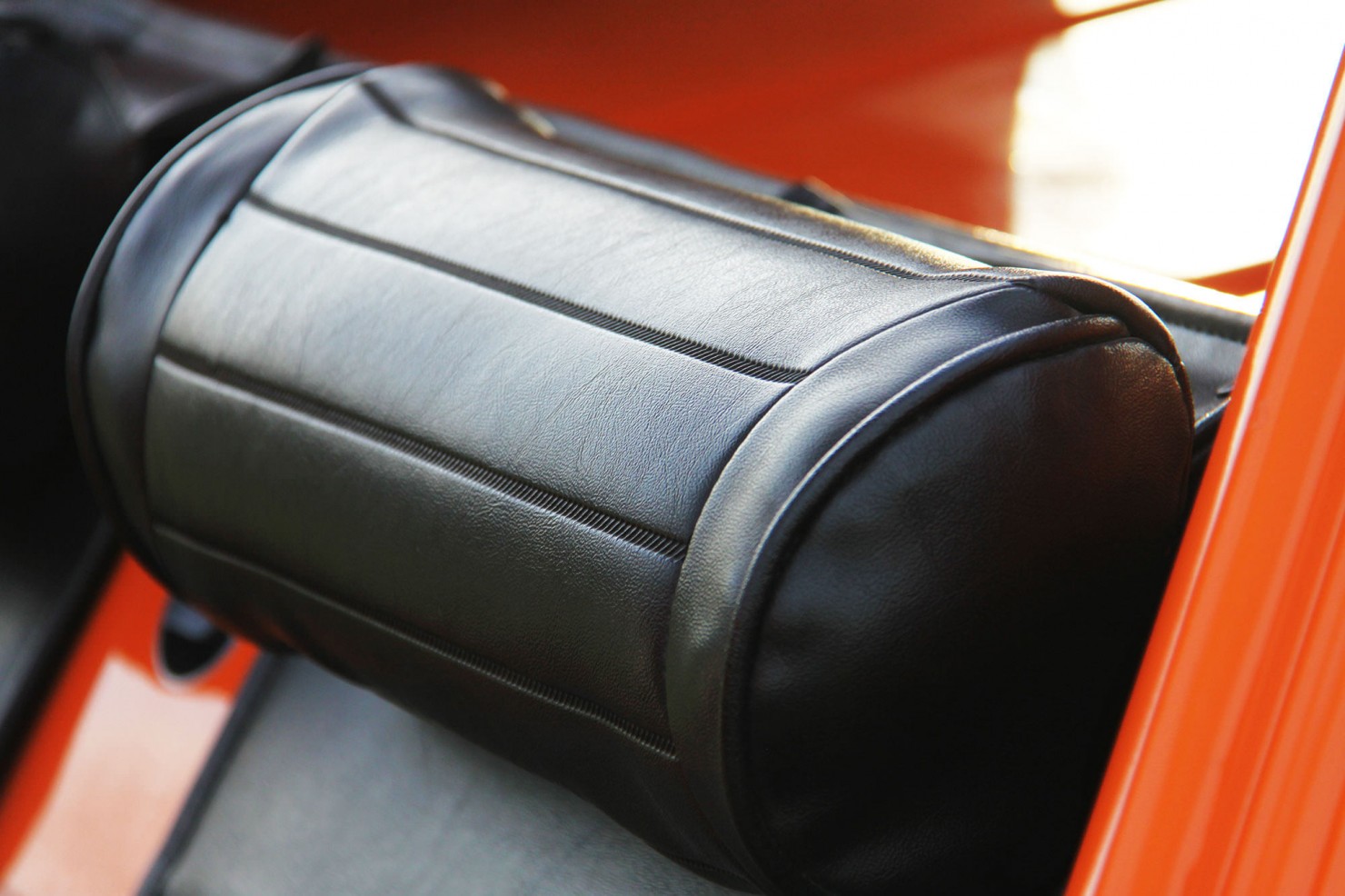 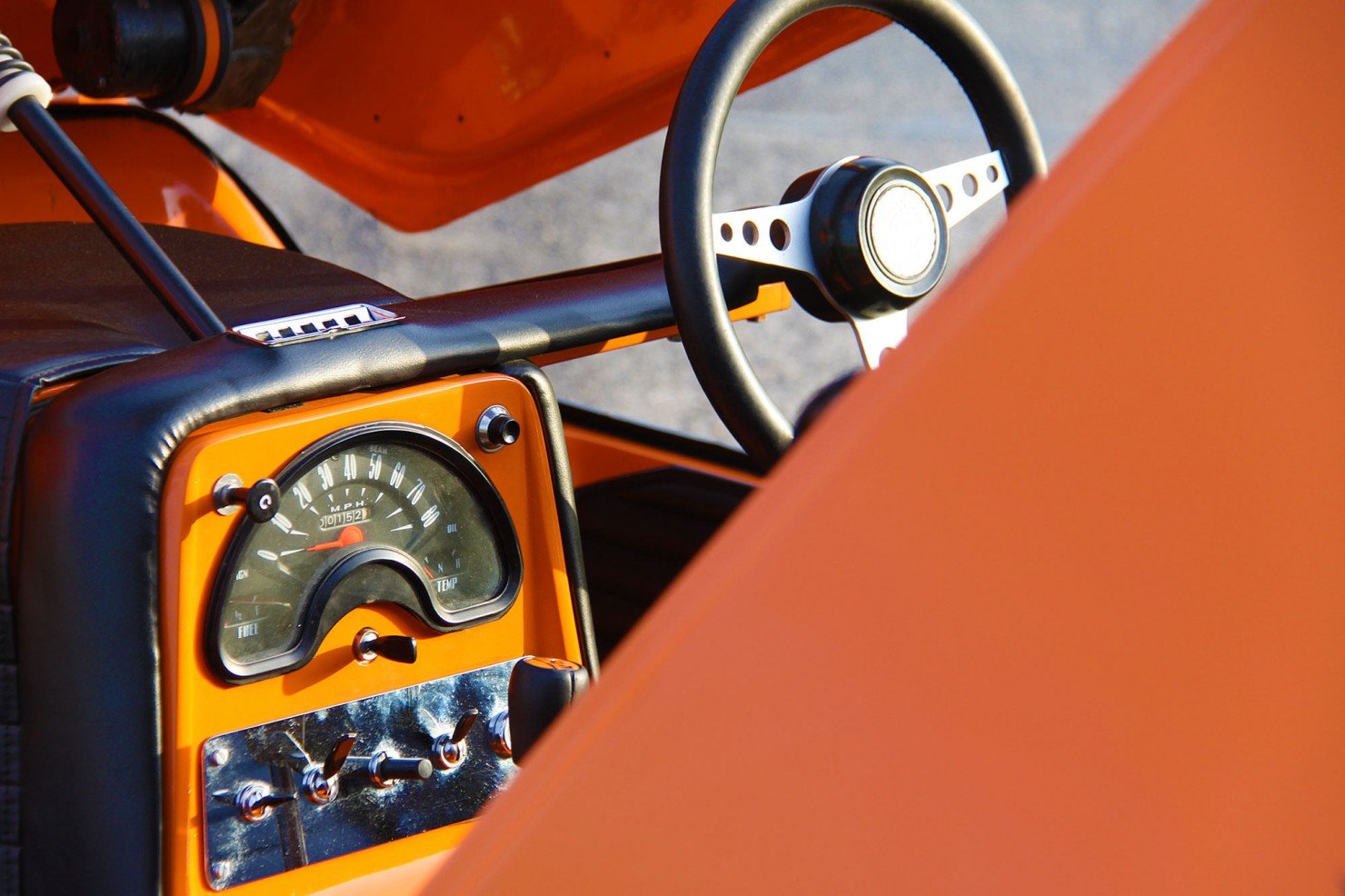 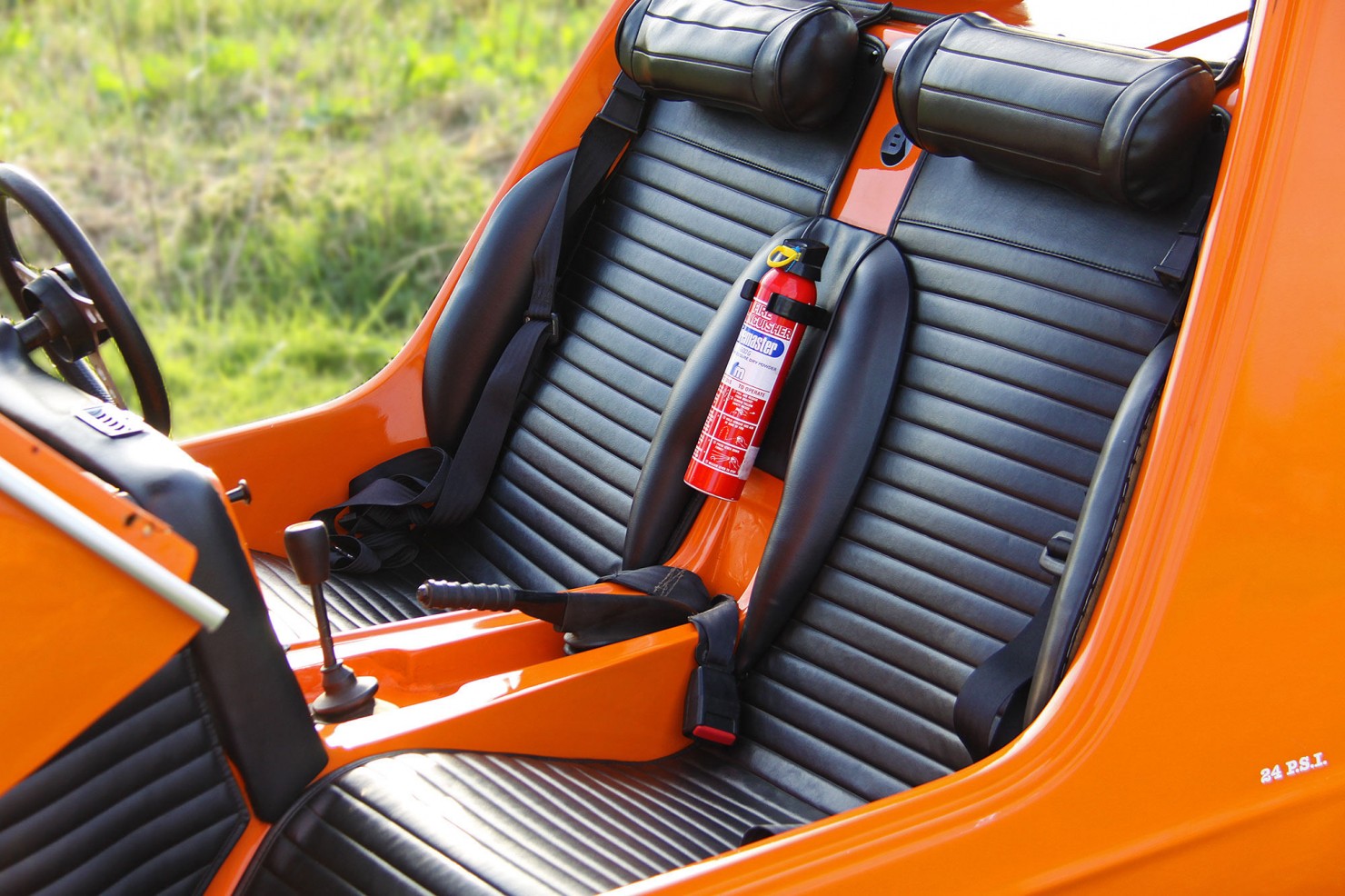 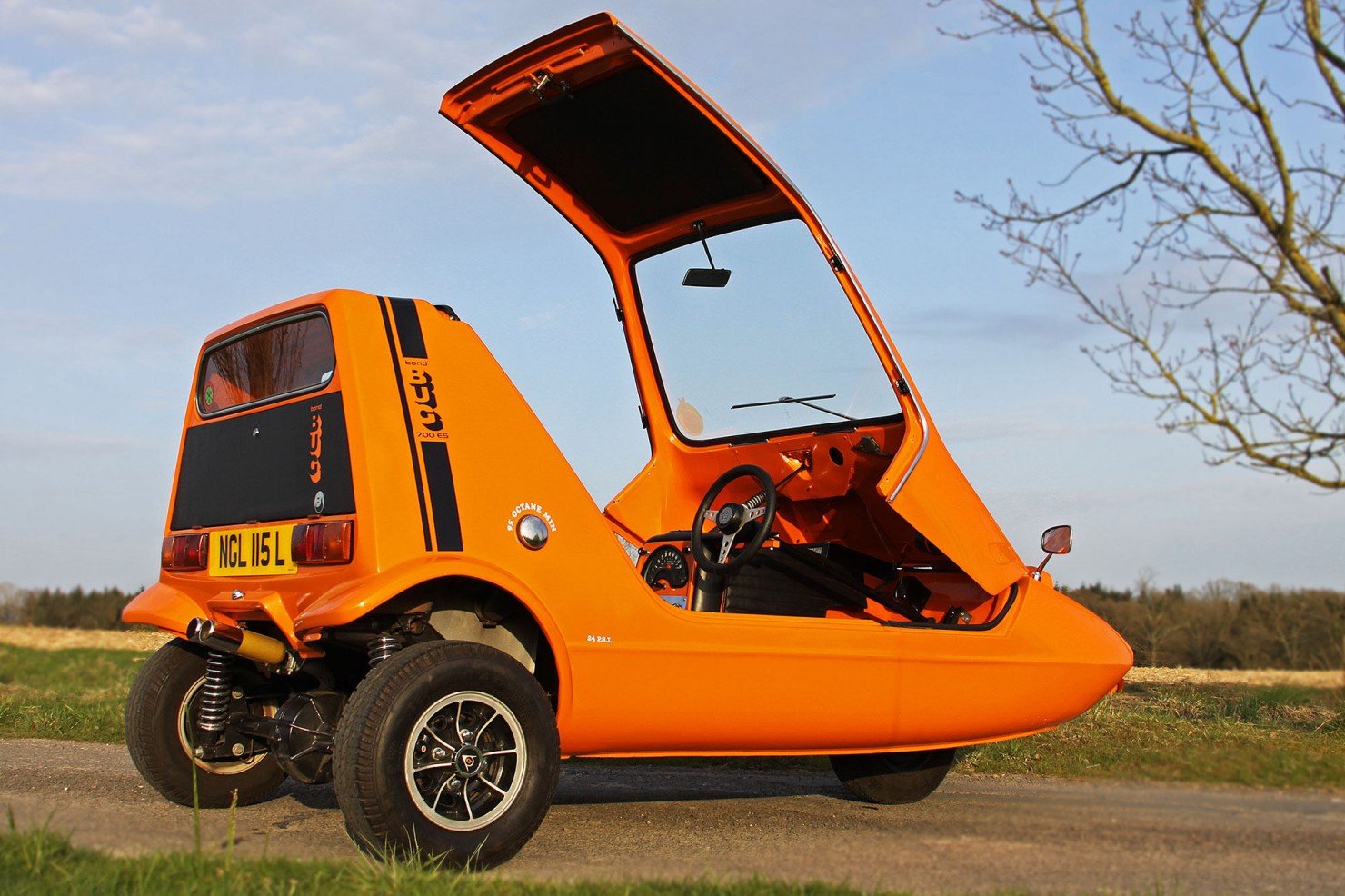 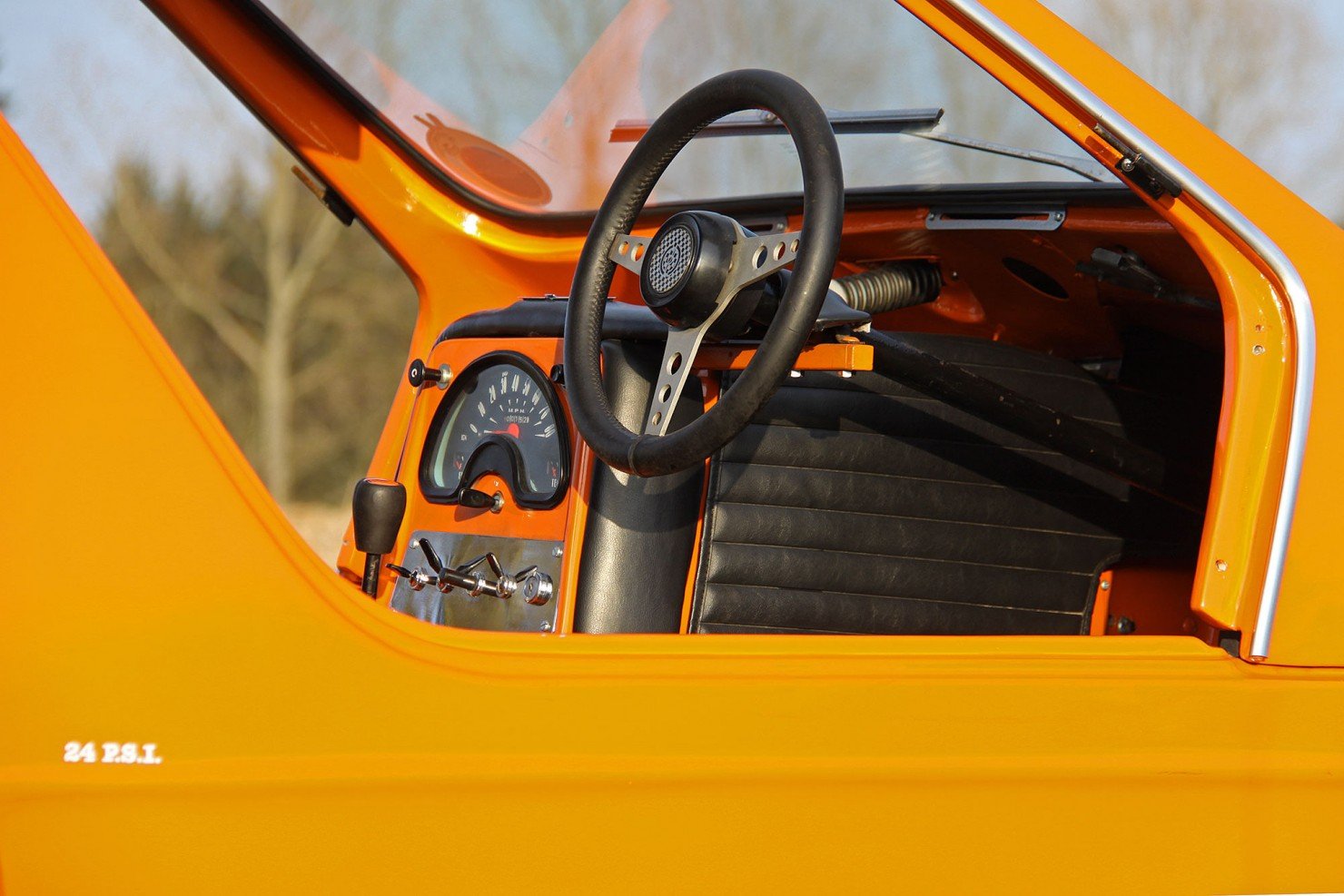 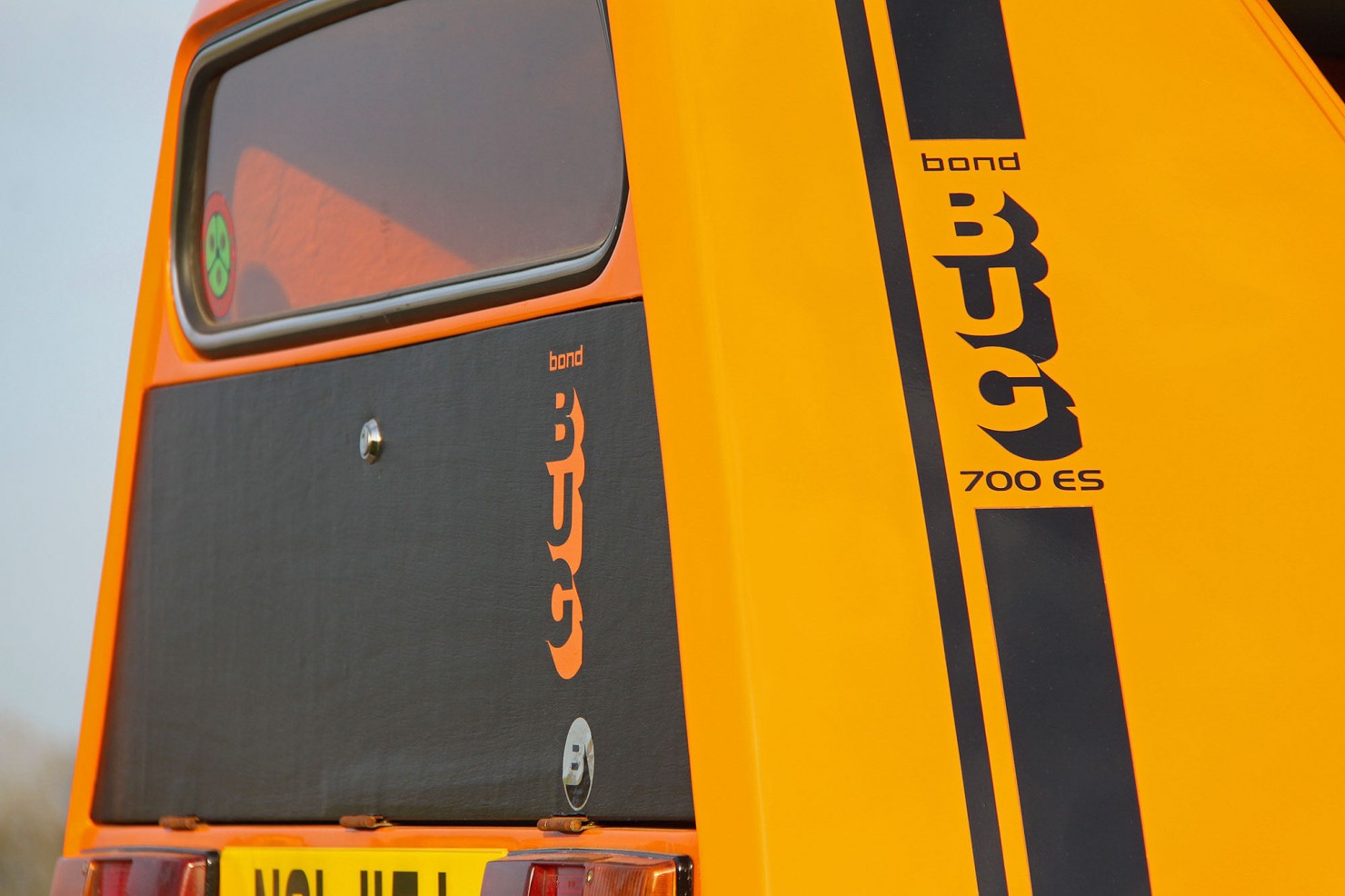 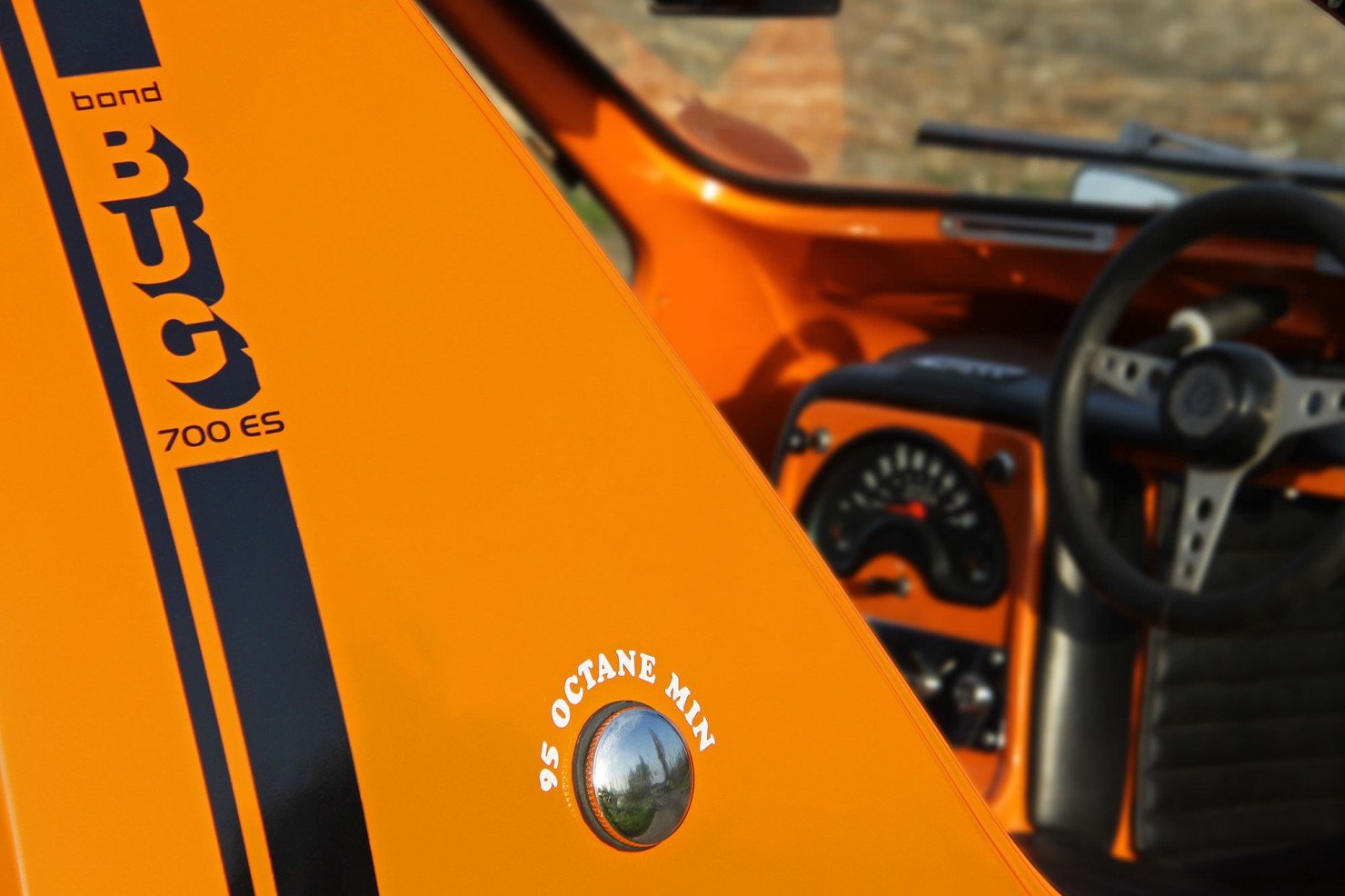 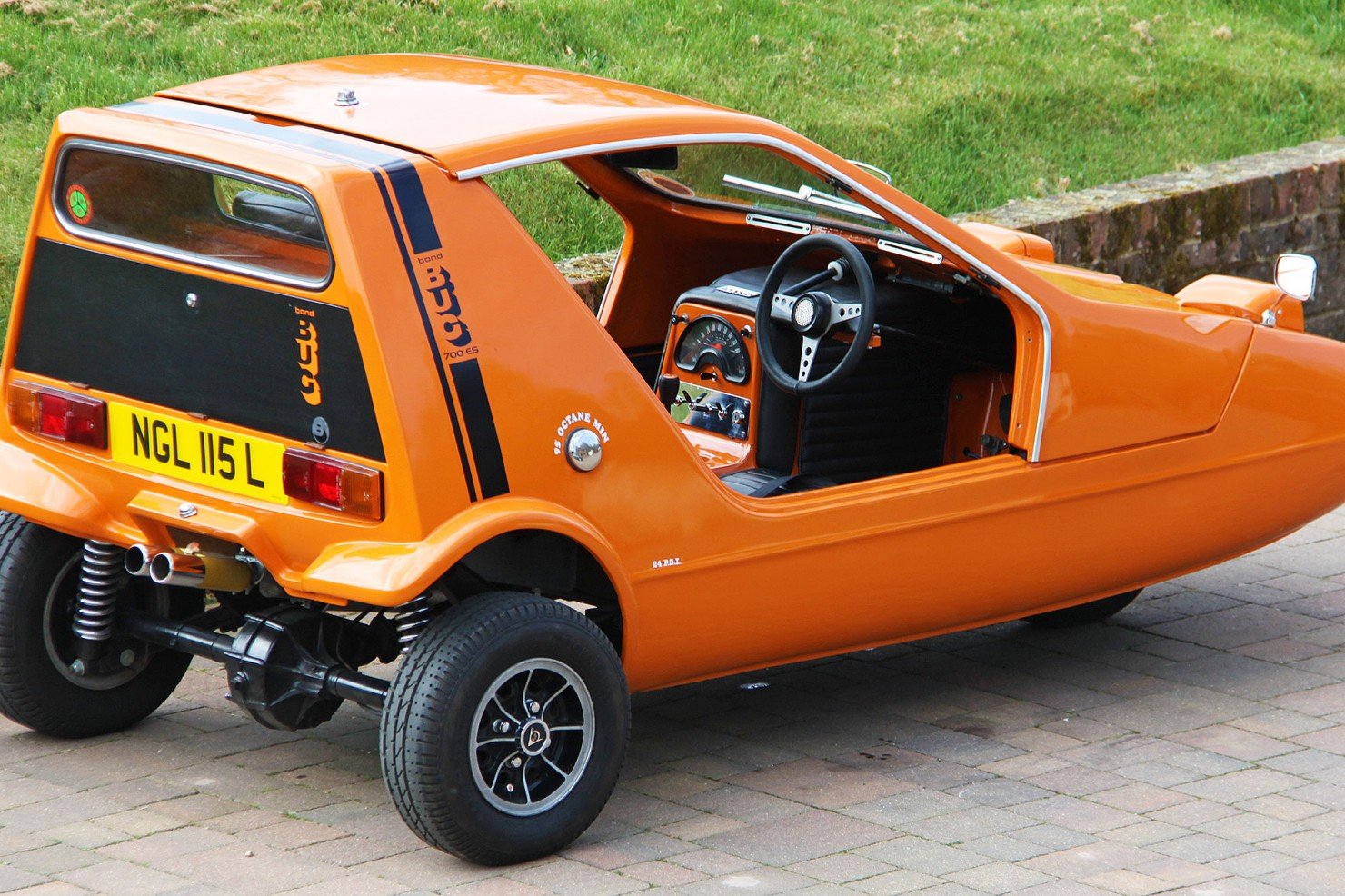 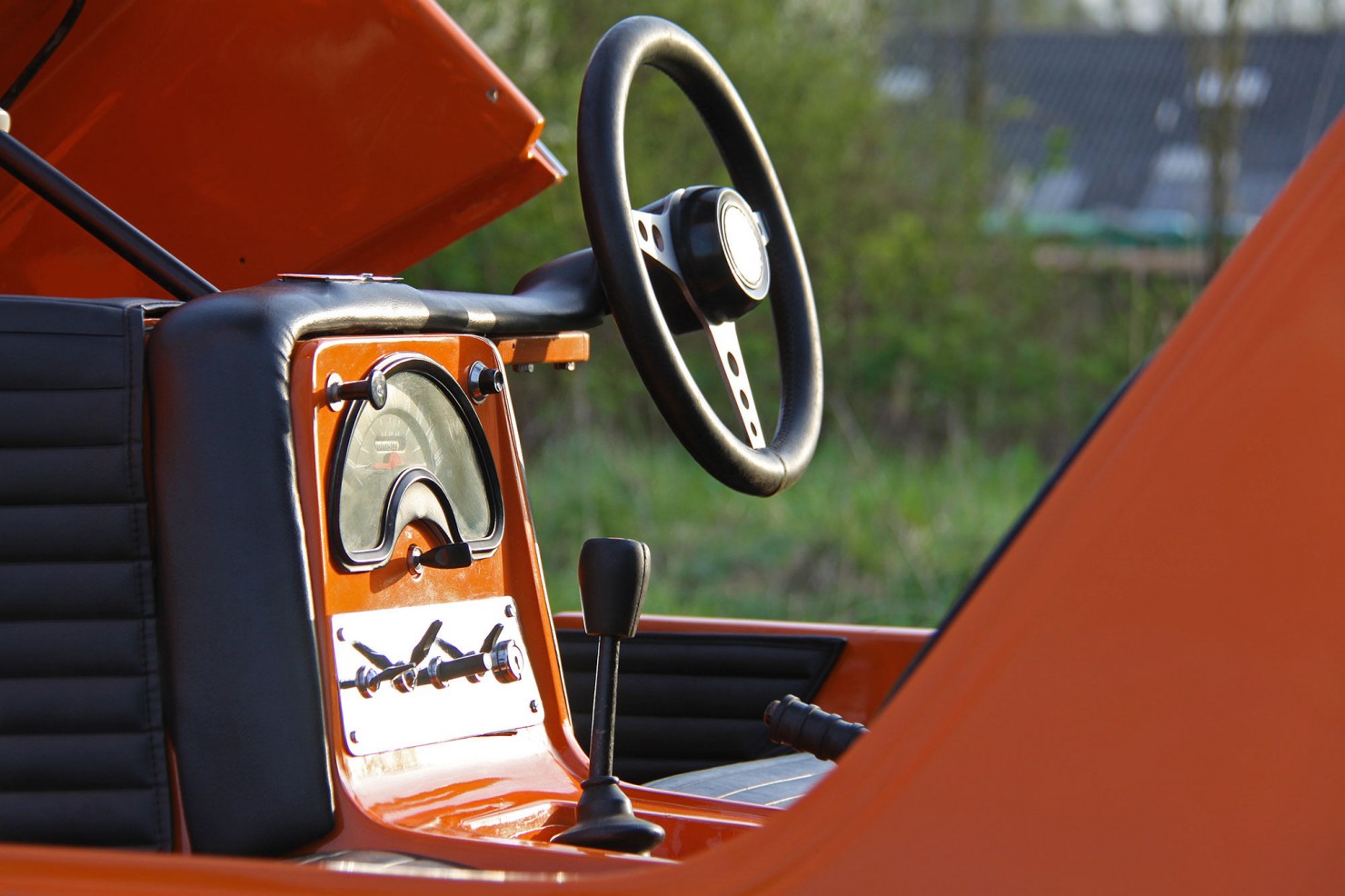 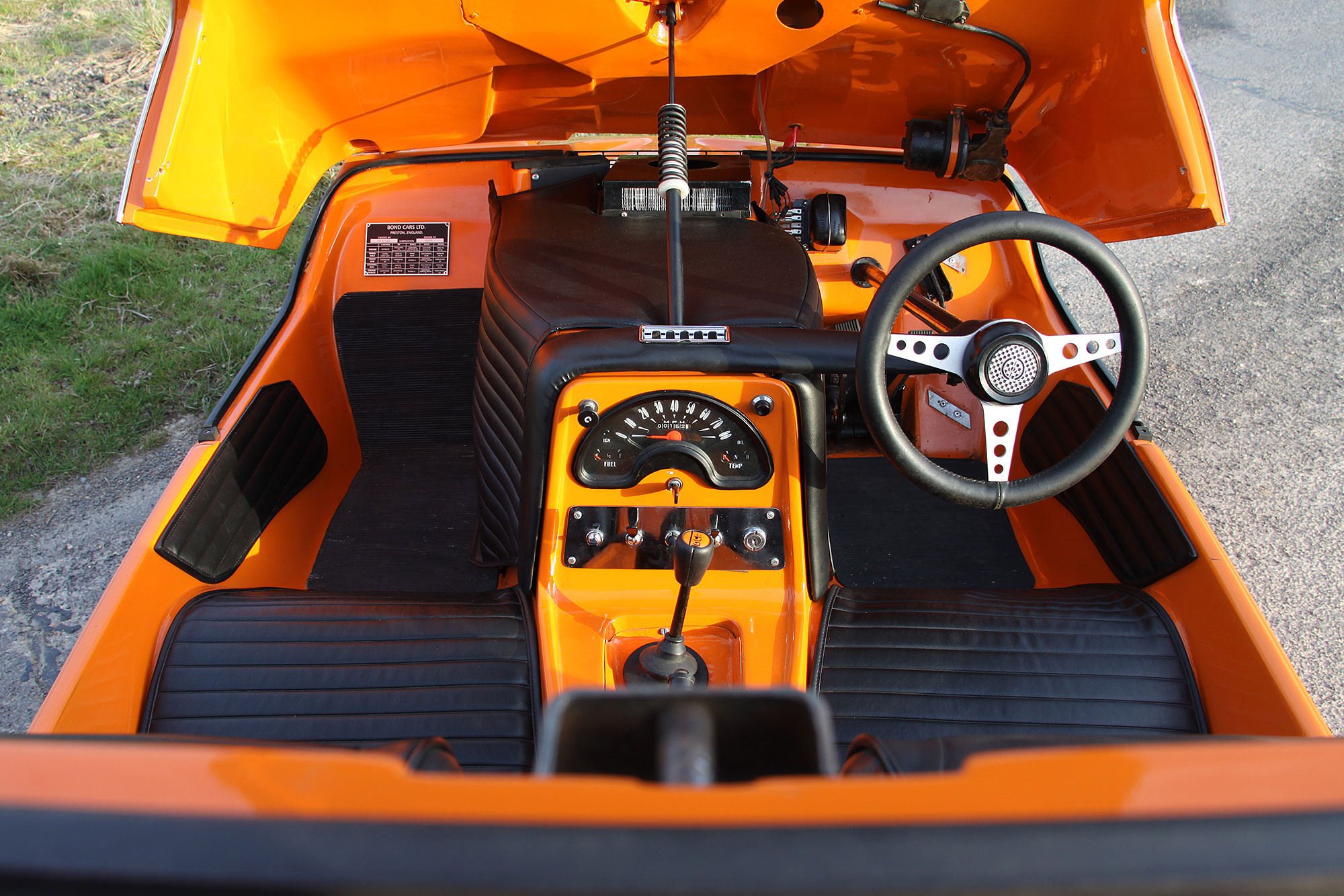