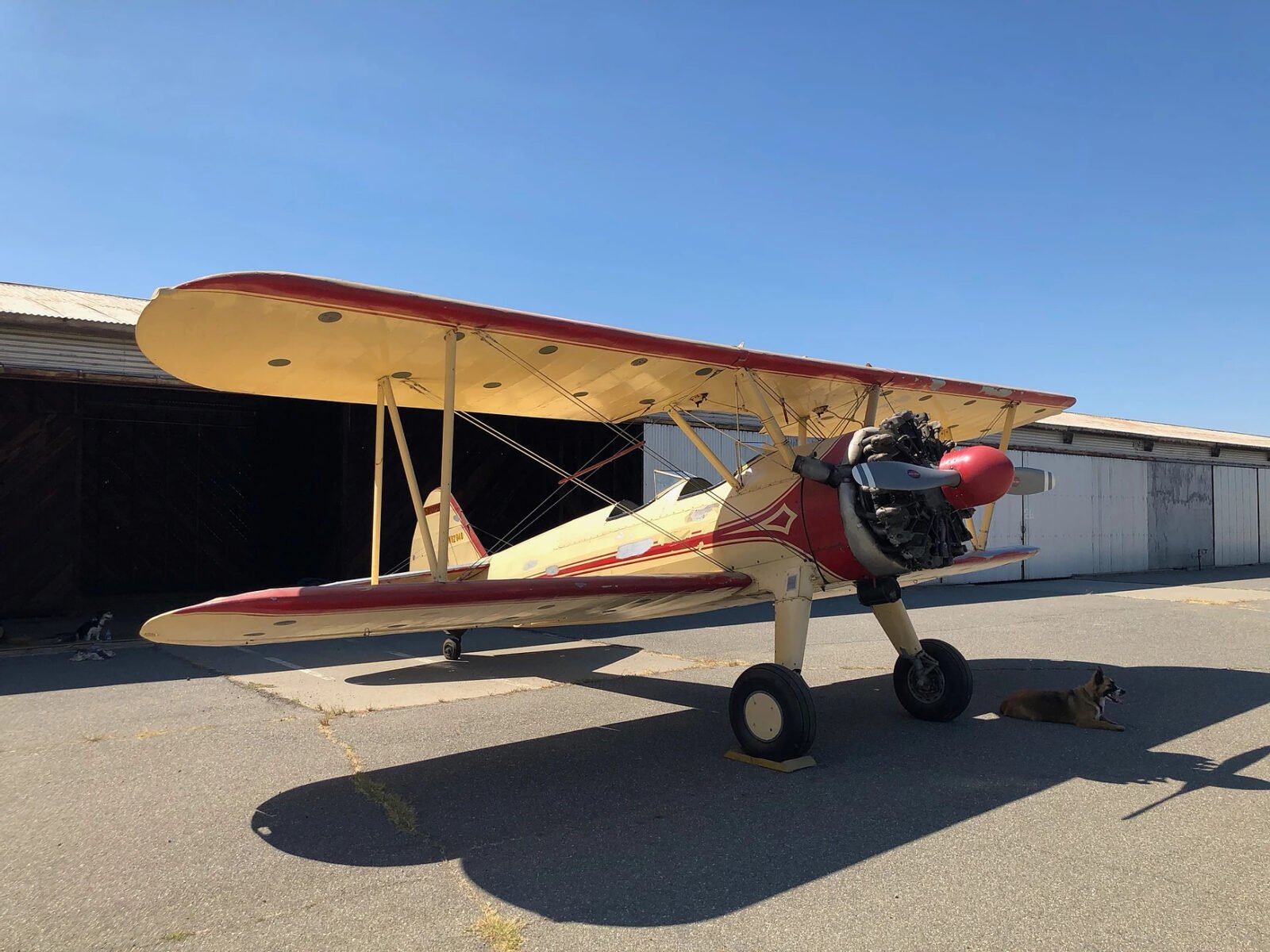 The Boeing Stearman Model 75 was the most prolific American biplane trainer aircraft of the Second World War, over 10,000 were built and they were the first aircraft flown by many of America’s WWII fighter pilot aces.

In the post-war years thousands of them were sold into private ownership as military surplus where they became popular leisure aircraft – many owned by former WW2 pilots who had trained in the model earlier in their careers.

The key to the success of the Model 75 was its toughness, they were famously robust aircraft with strong landing gear – an important feature when teaching new pilots how to fly.

The Model 75 is a tandem two-seat biplane with dual controls, and it was designed with a distinctive unfaired radial engine upfront that helped give the aircraft its signature flying characteristics. 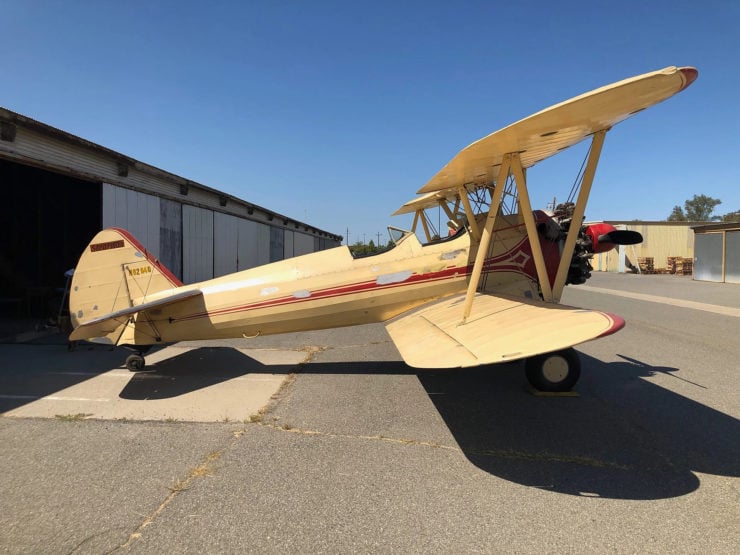 Although it’s now best known as the Boeing-Stearman the truth of the matter is that the aircraft was designed and built before Boeing became involved. Originally it was just known as the Stearman Kaydet as it had been developed by the Stearman Aircraft Corporation of Wichita, Kansas.

The company had been founded by Lloyd Stearman in 1927 and it had built an interesting array of aircraft that were mostly open cockpit biplanes similar to their most famous design – the Model 75. Stearman Aircraft became a subsidiary of Boeing in 1934 and as a result, the Stearman Kaydet (Model 75) became better known as the Boeing-Stearman Model 75, or more simply just as the Kaydet.

The aircraft utilized a simple design that included fabric-covered wooden wings and a welded-steel fuselage with a radial engine up front – typically either a Lycoming R-680 or a Continental R-670. 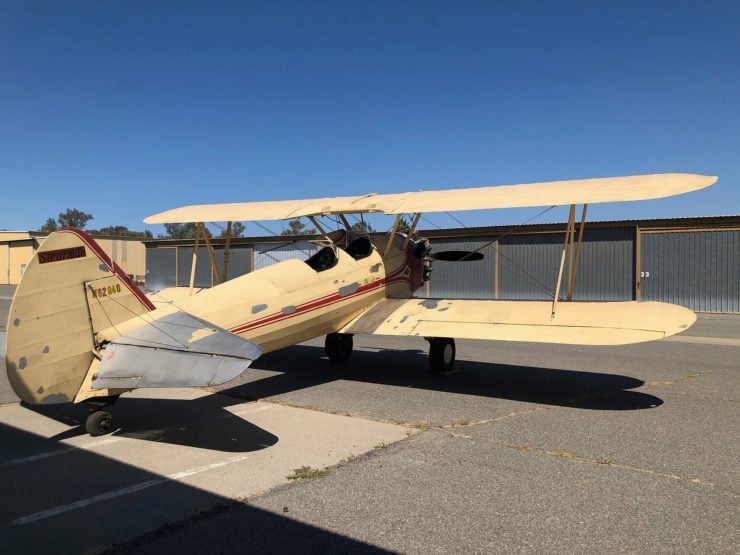 Many Model 75s had their original engines replaced with the notably more powerful Pratt & Whitney R-985 – this would considerably increase horsepower from the original output of ~220 hp to over 350 hp depending on variant.

The aircraft you see here has had this engine swap – meaning it’ll outperform a stock Model 75’s rate of climb, gross takeoff weight, and cruising speed. 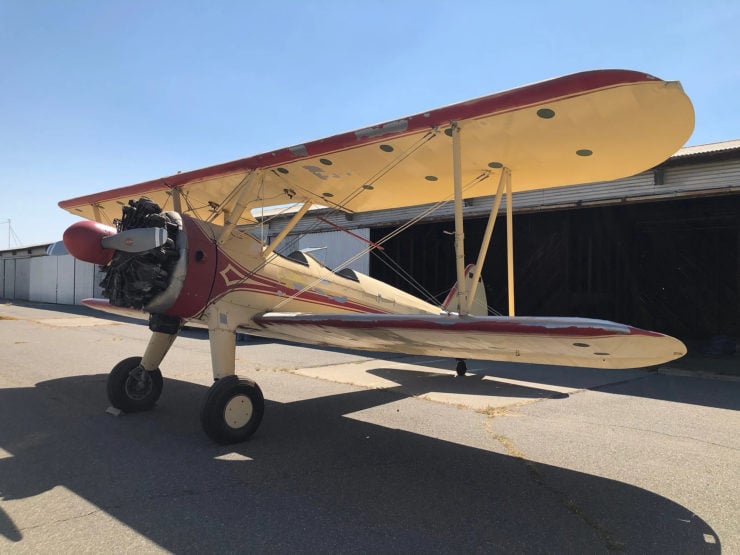 Currently for sale through Platinum Fighter Sales, this Model 75 is listed with 2,290 TTSN (total time since new) and the engine has 377 hrs SMOH (since major overhaul).

It will require recommissioning as it hasn’t flown since 2014, it’s clear that the paint and fabric will need to be replaced but there will doubtless be additional work to do before it’s deemed airworthy once again.

Due to the popularity of the Model 75 and the Pratt & Whitney R-985 engine there will be no shortage of specialists capable of carrying out the work required. The current asking price is $50,000 USD and if you’d like to read more about it or enquire about buying it you can click here. 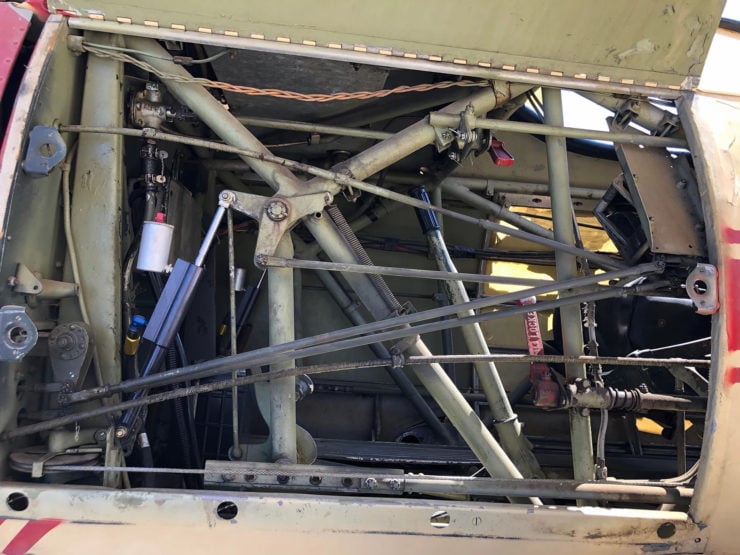 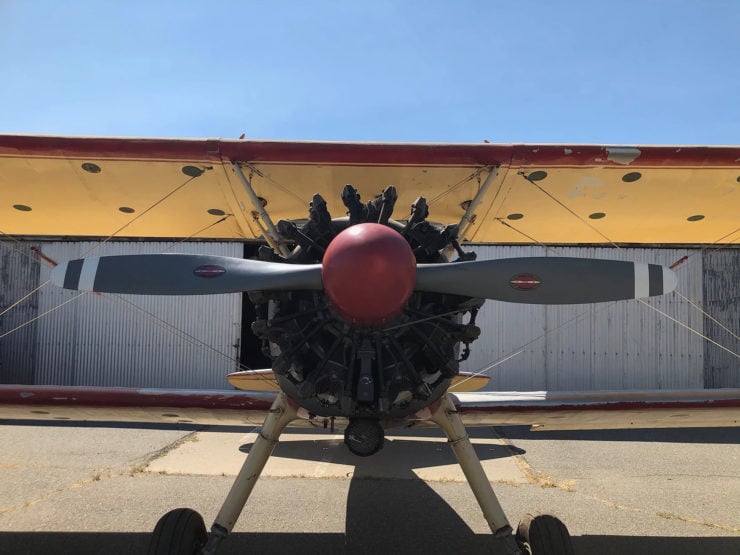 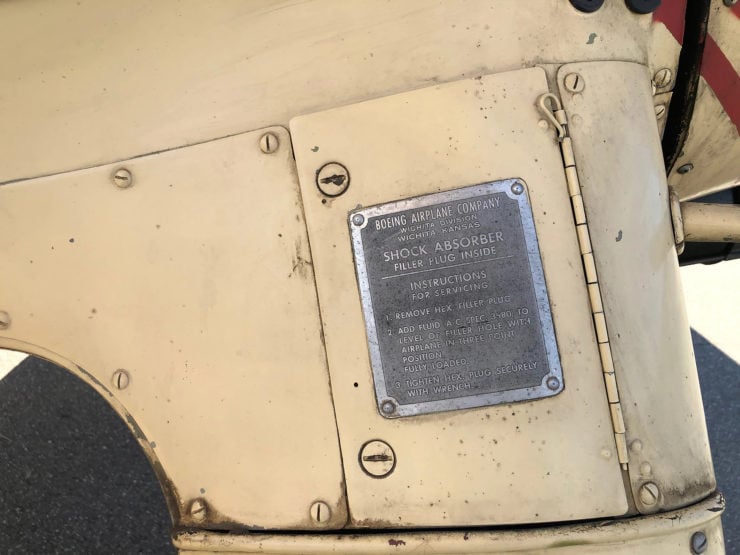 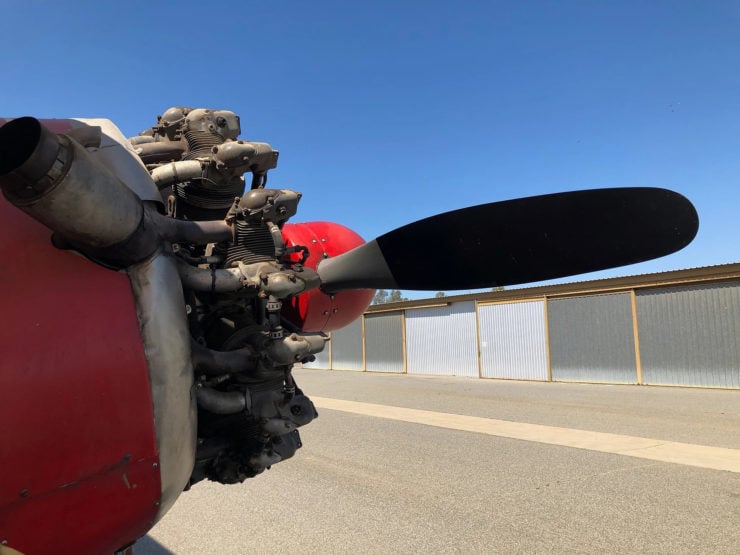 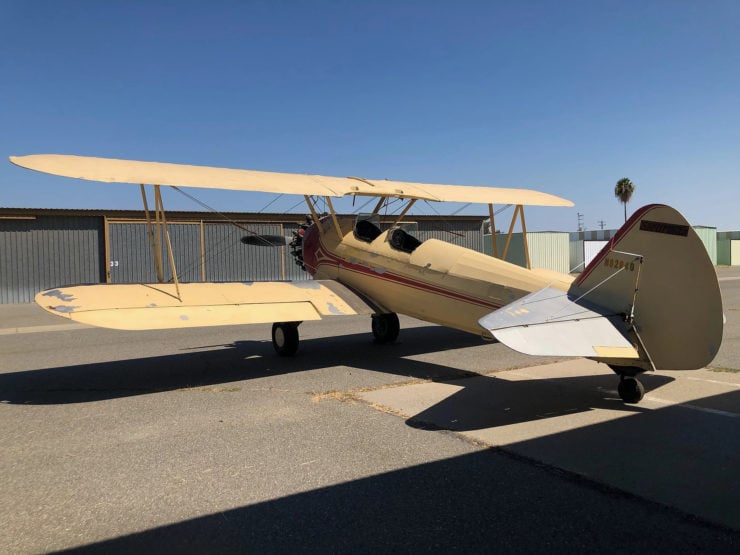 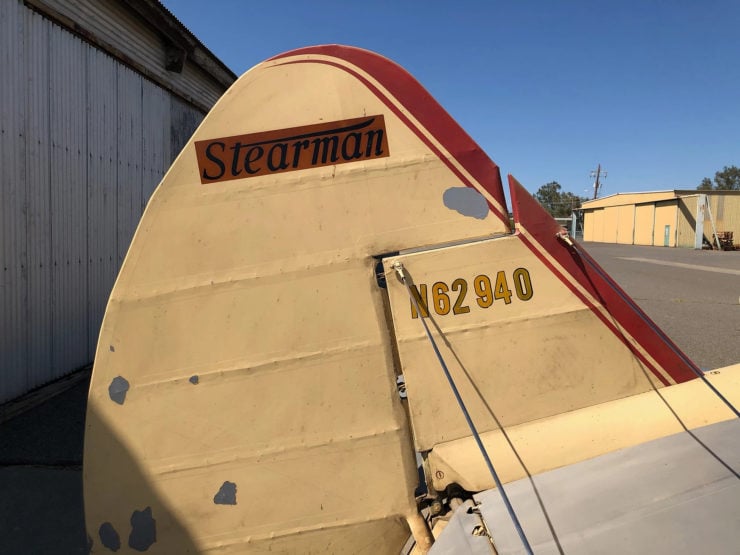 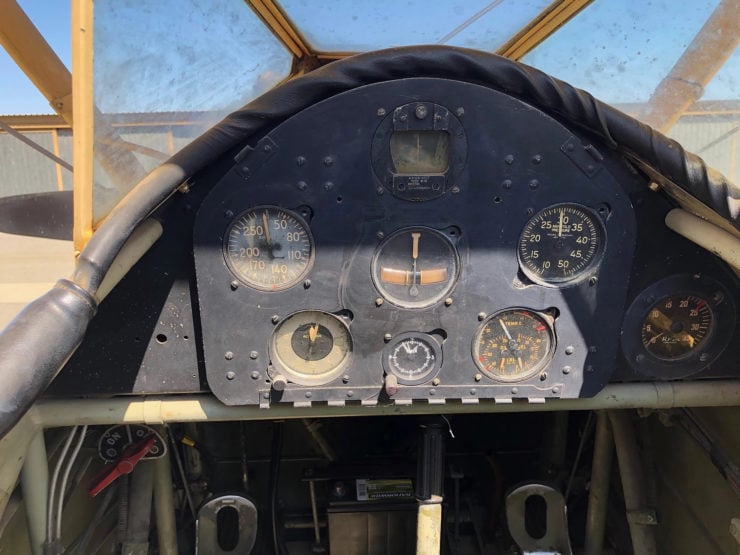 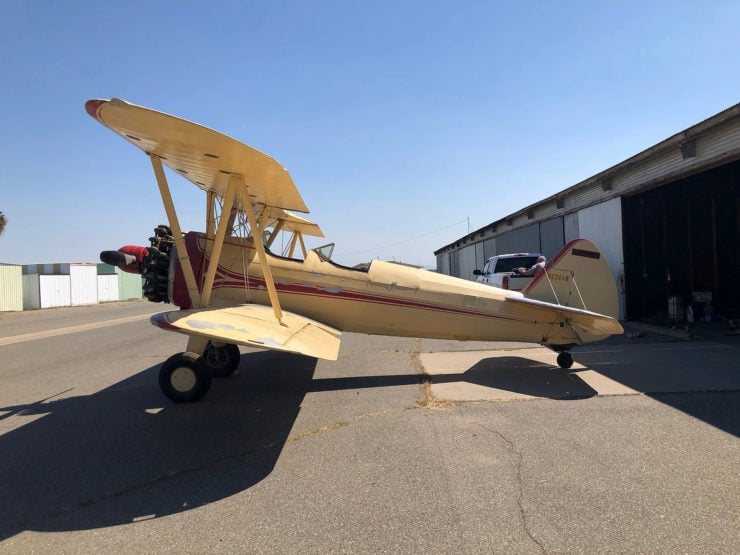 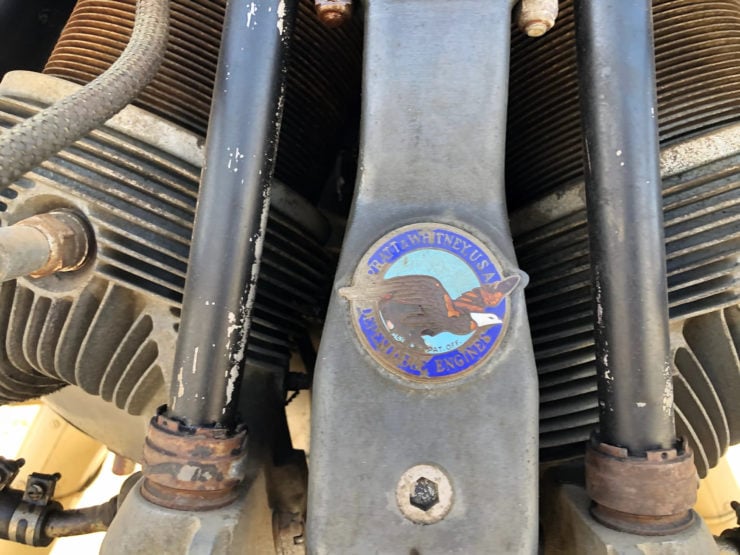 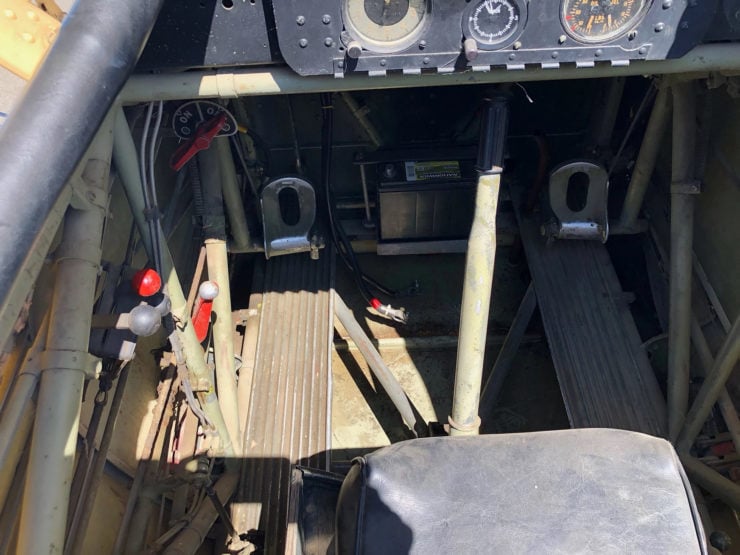