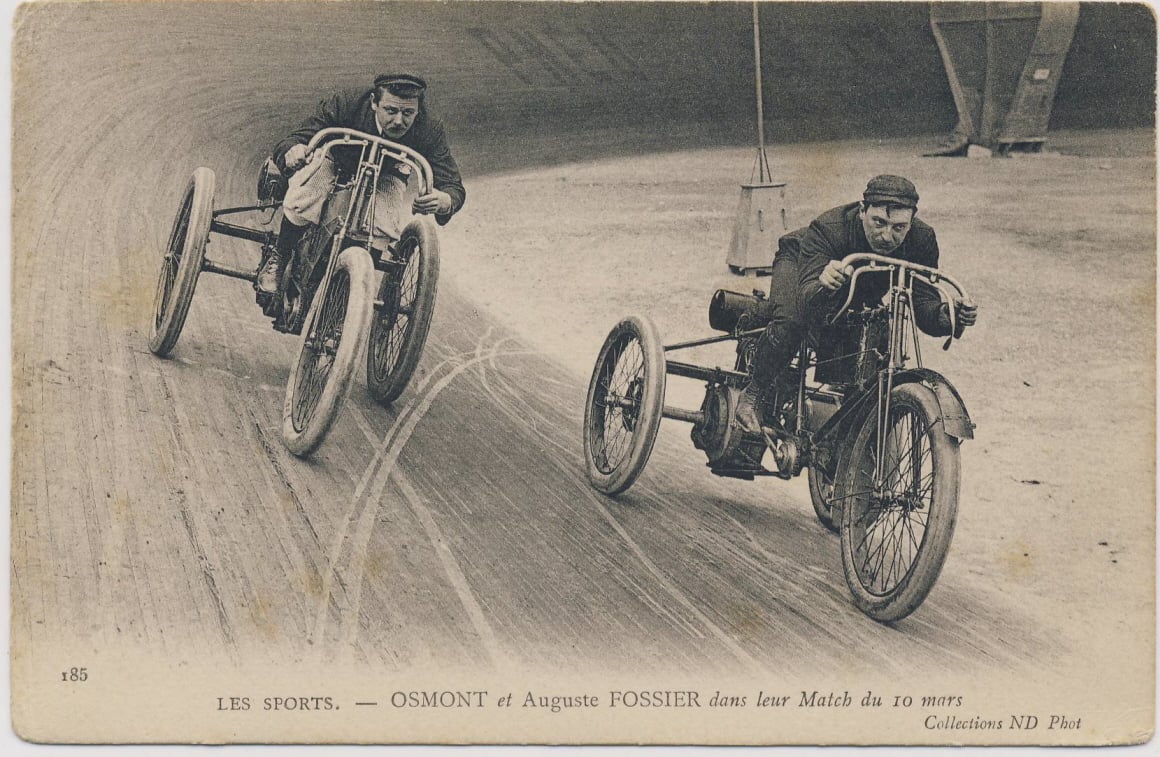 Board Track Tricycle Racing is something we were unaware of until very recently, it appears to be a French photograph and the background doesn’t give a whole lot away. If you know more about this than we do, which isn’t hard at this point, update us all in the comments and we’ll write a feature about it.

Click the image above for the full sized version.