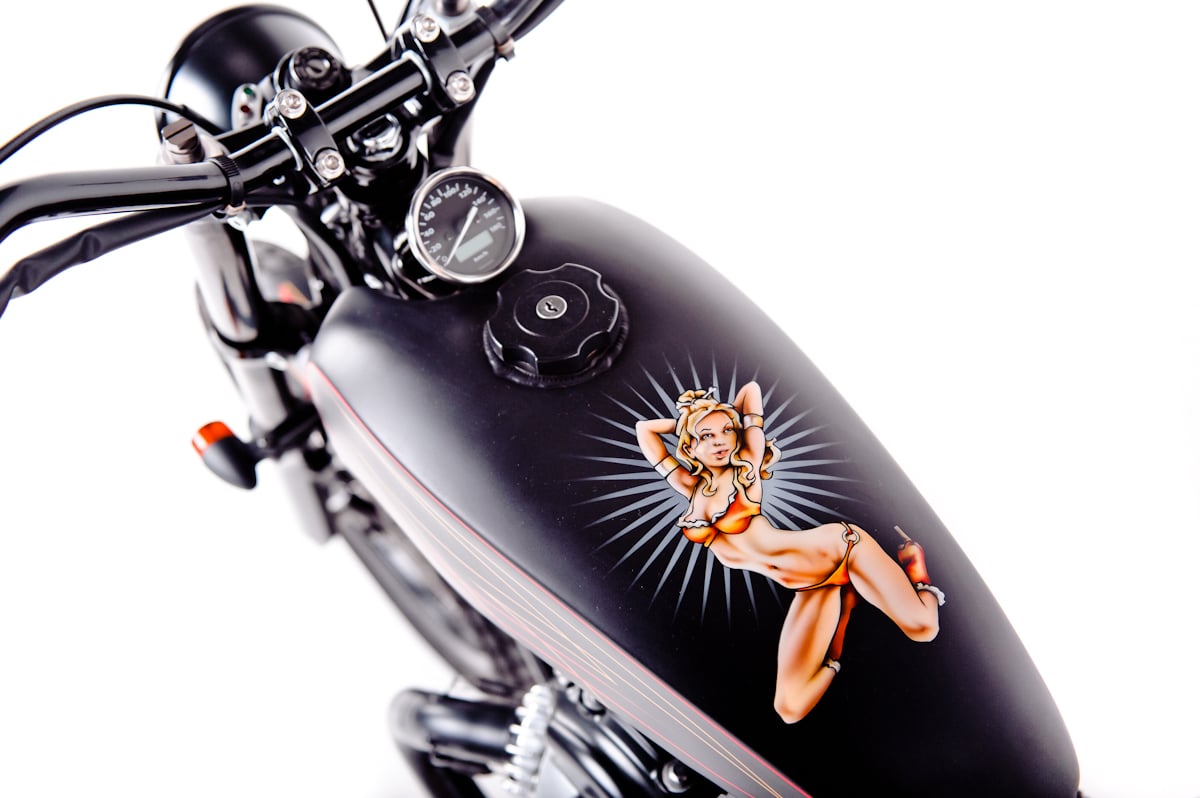 We’ve been wanting to feature Garage Project Motorcycles for some time here on Silodrome, the brilliant Perth based custom motorcycle builder has been turning out great looking bikes since 2009 and now that 2 of their builds have been featured on both BikeExif and Pipeburn, we’re going to bring you their first ever build, a Kawasaki W650 Street Tracker. 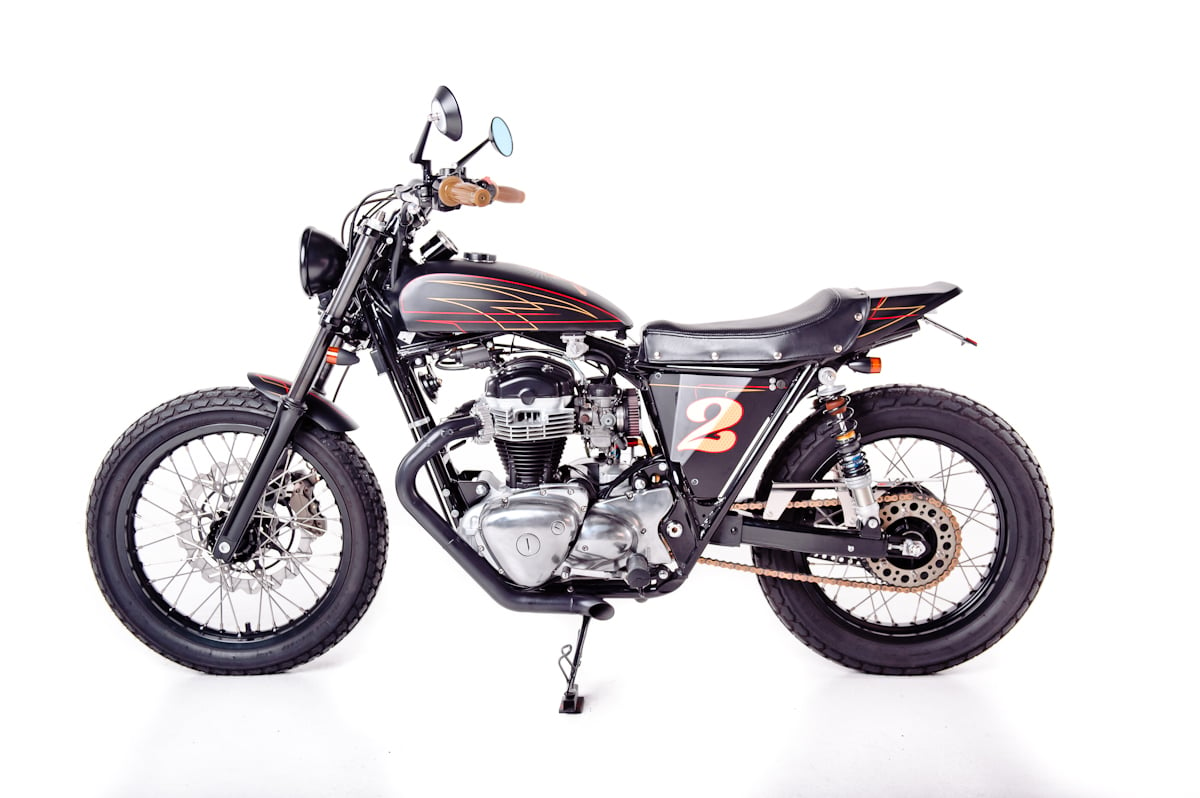 The bike started life as a stock W650 and the build began in April 2009, influences were varied, Brad (the builder) mentions the well known.
The major changes from stock are that hand fabricated exhaust, the custom chopped frame, a custom under seat battery/electronics box, a custom tank, a fully rebuilt engine, Brembo brake upgrade, custom seat and rear body work and a very eye catching pin-up/pin-stripe paint job. 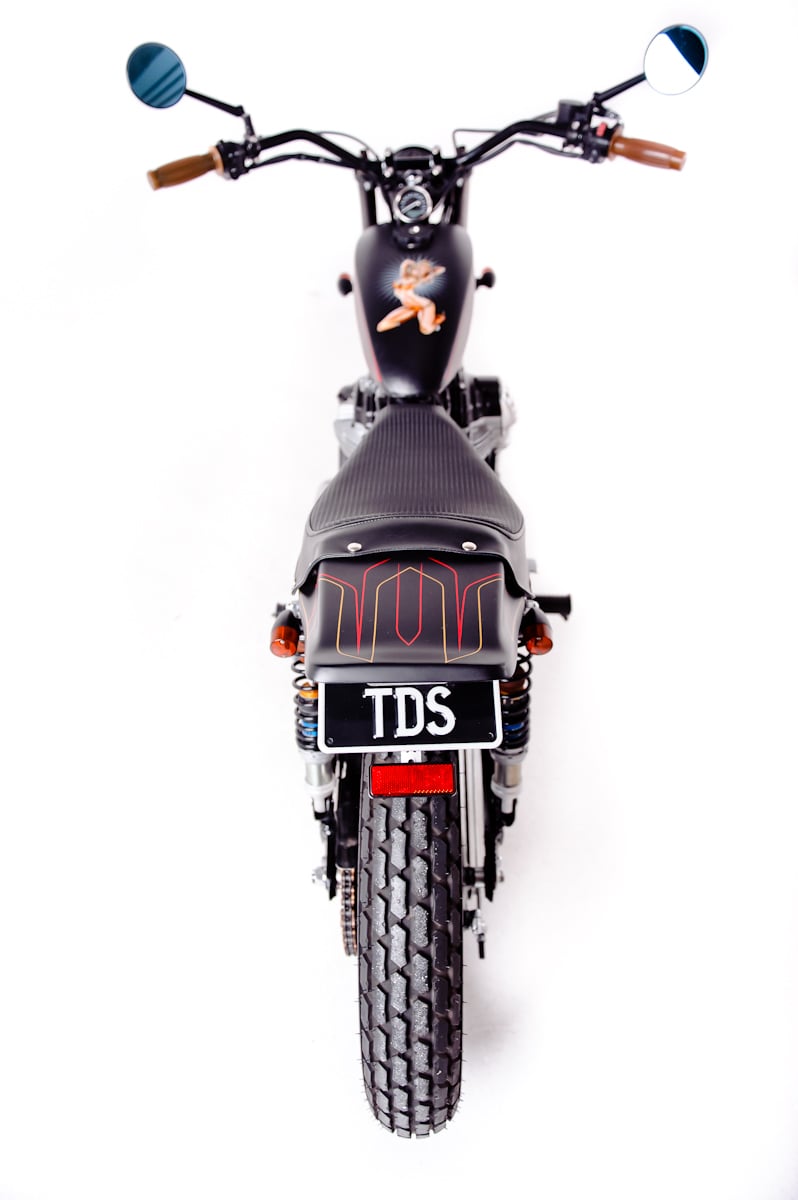 The bike took 9 months to complete and after being entered into the 2010 Jap Bike Show in the Café Racer/Bobber/Custom class along with Garage Project Motorcycle’s project #2, and the bikes took home well deserved the 1st and second place trophies.

We’ll be keeping a close eye on GPM and we’ll update once project #5 rolls out of the garage and onto the asphalt. 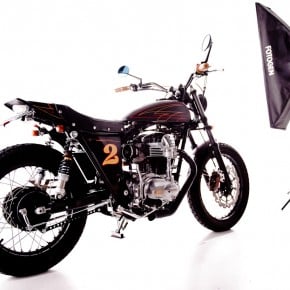 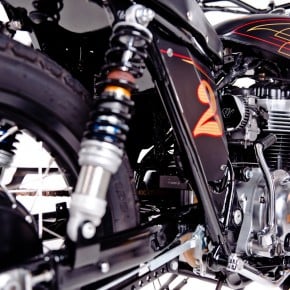 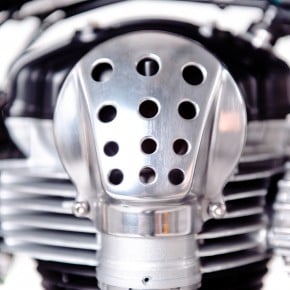 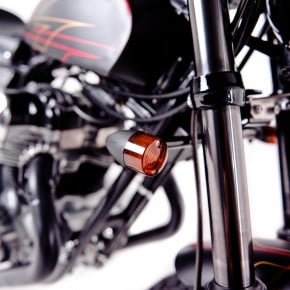 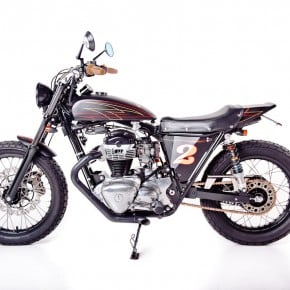 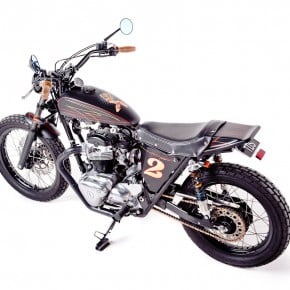 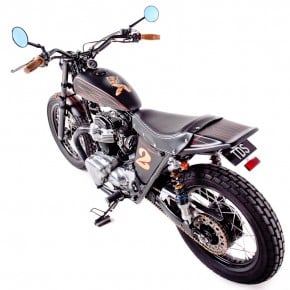 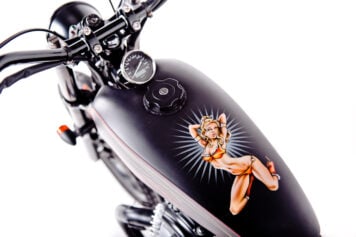 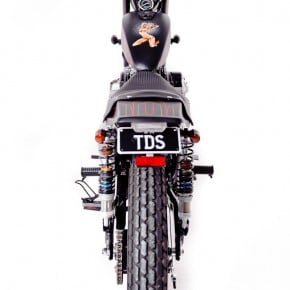 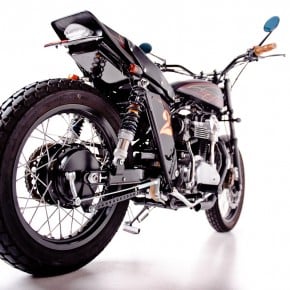 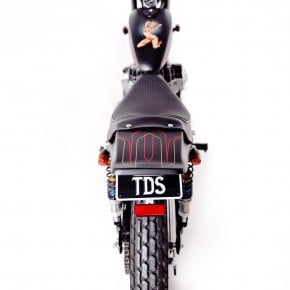 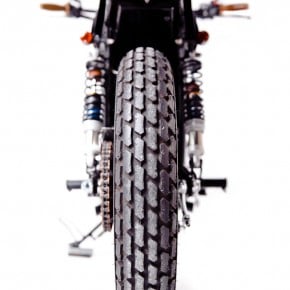