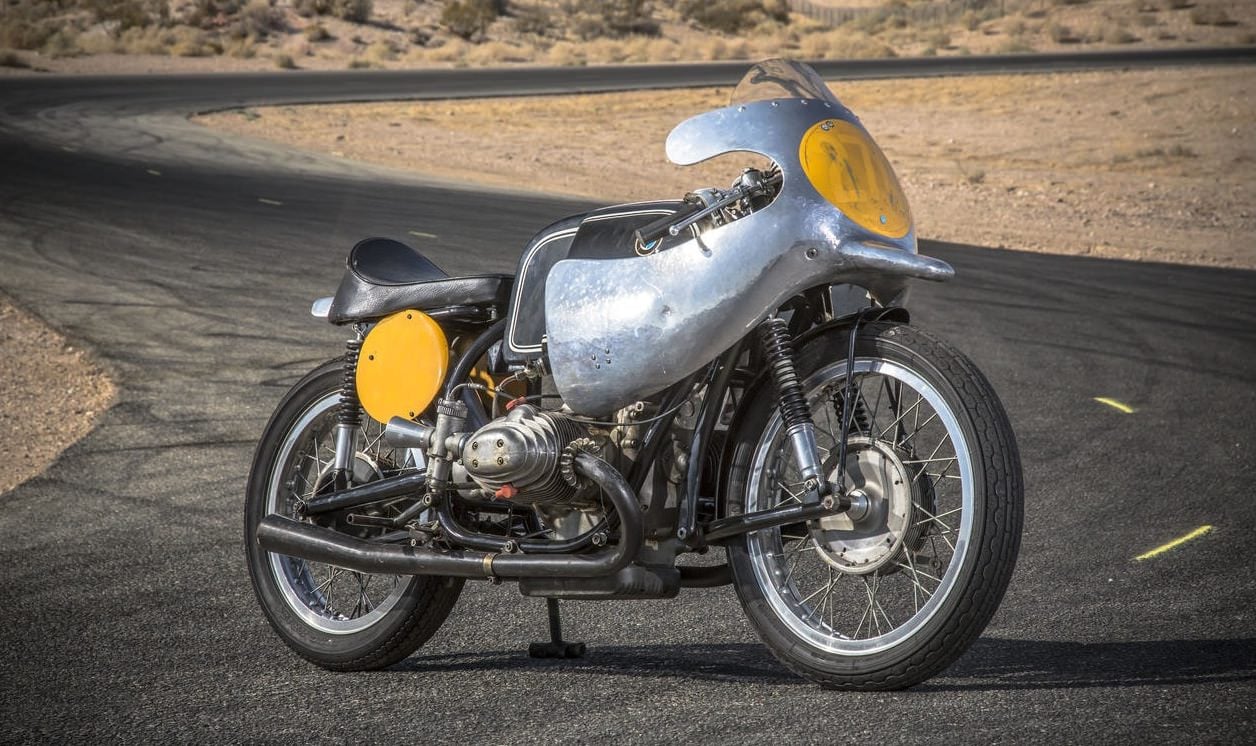 The 1956 BMW Rennsport RS54 is a great example of what the Germans can achieve when they get their heads together and decide to go racing against the Brits and the Italians.

The bike itself is an engineering marvel, the frame is entirely lug less and is made from welded oval-section tubing. The swingarm housed the driveshaft behind its 5-speed gearbox, the front forks were a remarkable design patented in 1953 by the Englishman Ernie Earles, whose design was exceedingly light and much stronger then traditional telescopic forks.

This unique BMW Rennsport RS54 has a distinctive Bartl-style ‘duckbill’ fairing, the duckbill was thought to split airflow around the fairing and improve the “slipperiness” of the bike as a whole. The DOHC engine was advanced for the day and is directly traceable as one of the forefathers of the modern, BMW boxer engines.

This Rennsport is to be placed for sale at the upcoming Las Vegas Motorcycle Auction with Bonhams on the 10th of January 2013, it’s estimated that it’ll sell for between $145,000 – 165,000 USD, which seems pretty reasonable considering how much history this bike contains between its wheels. 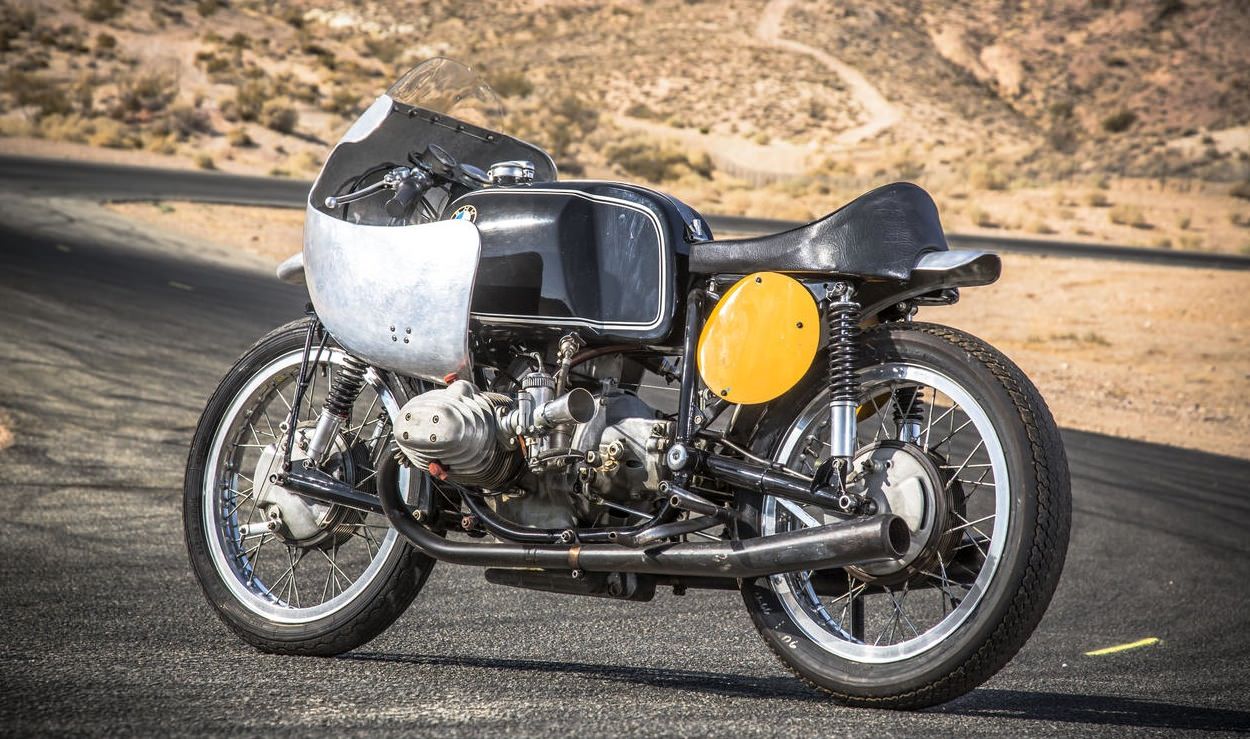 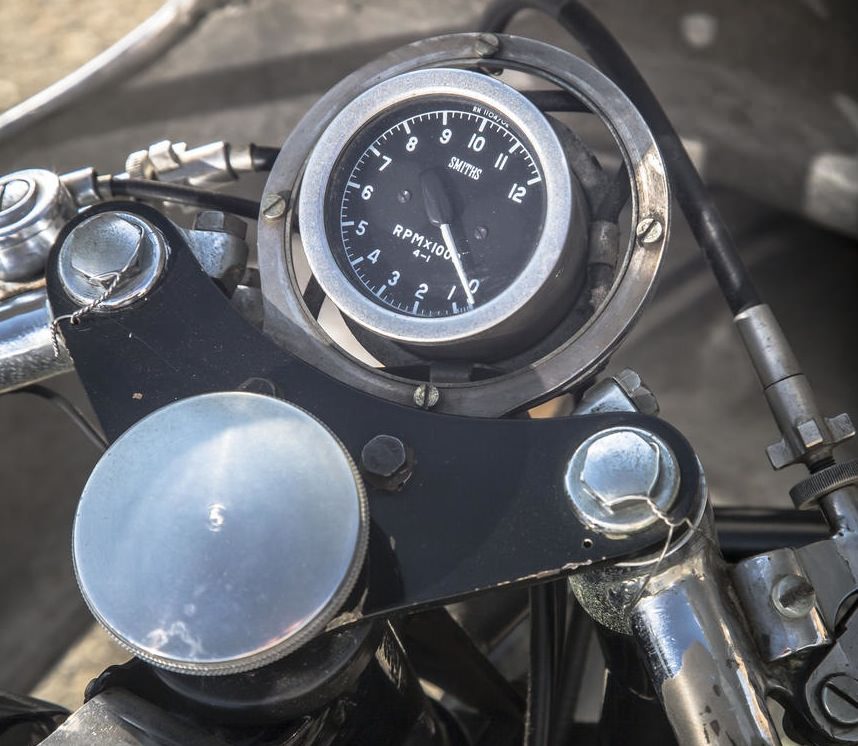 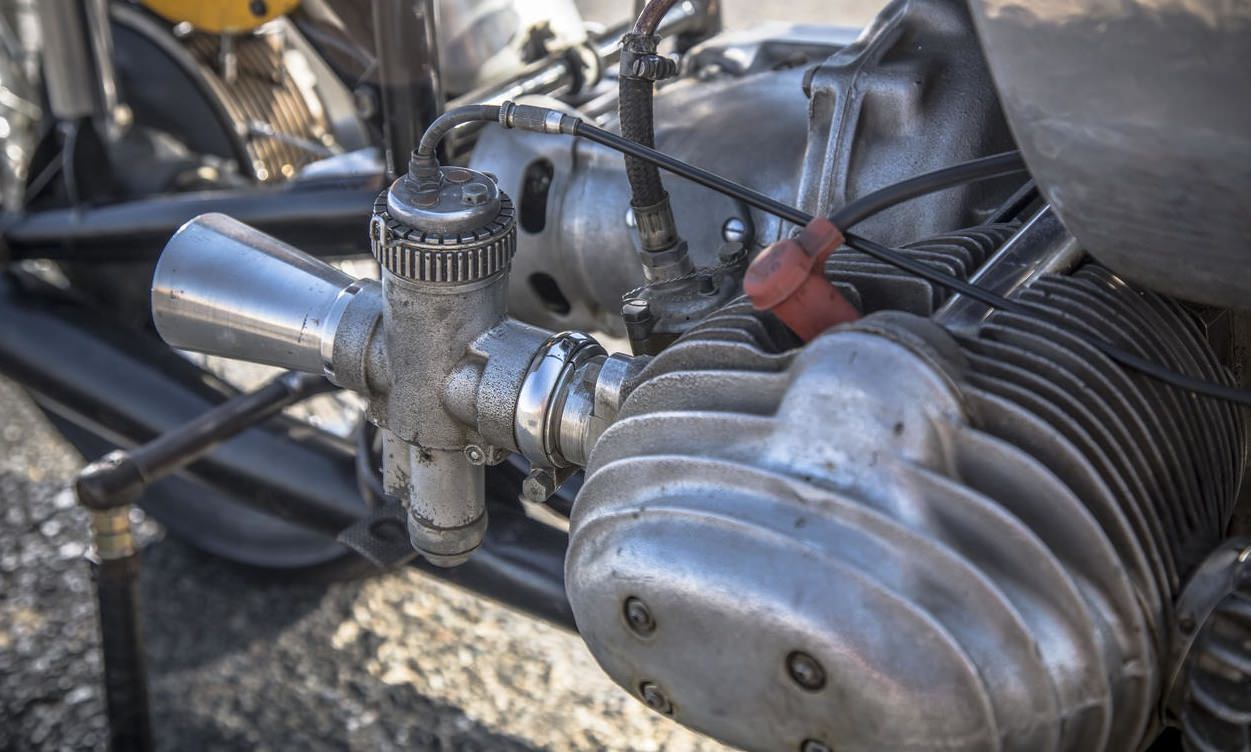 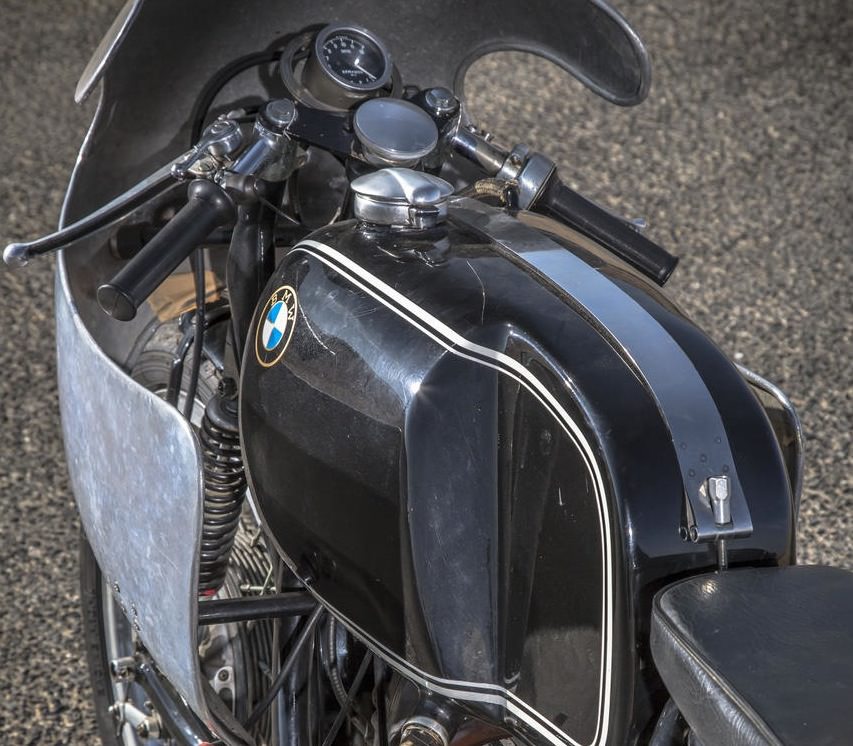 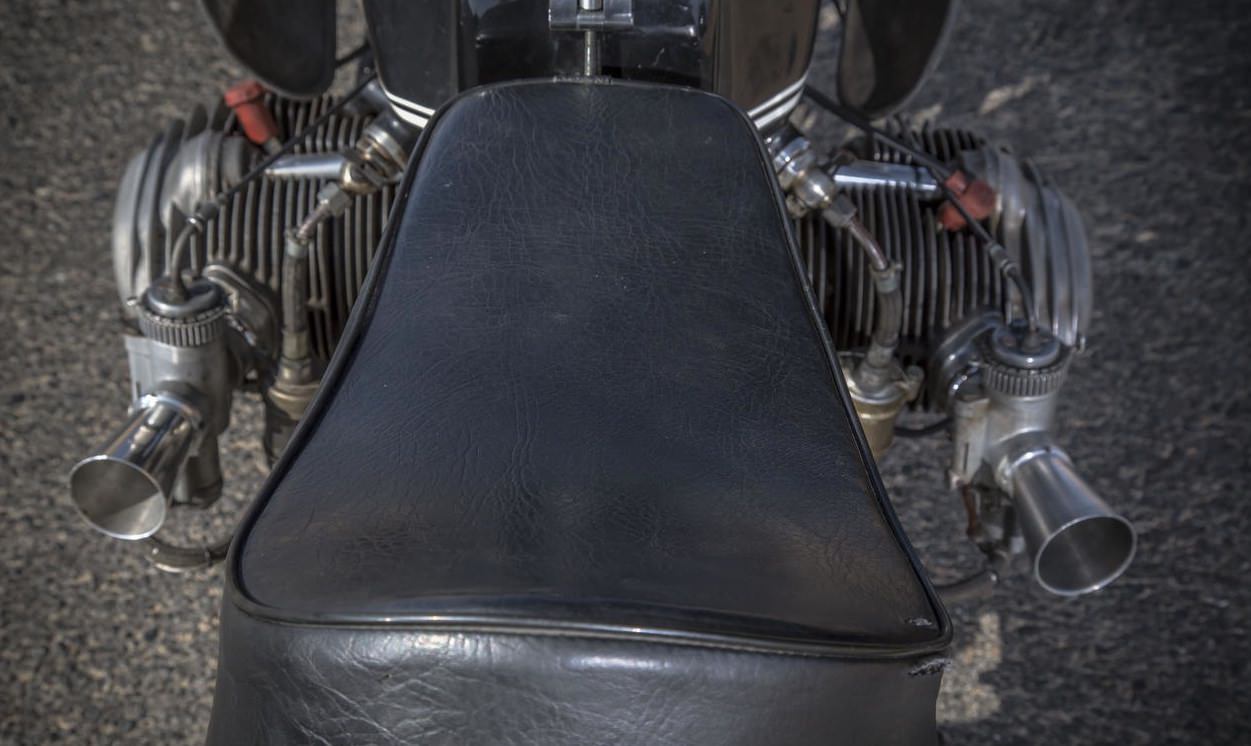