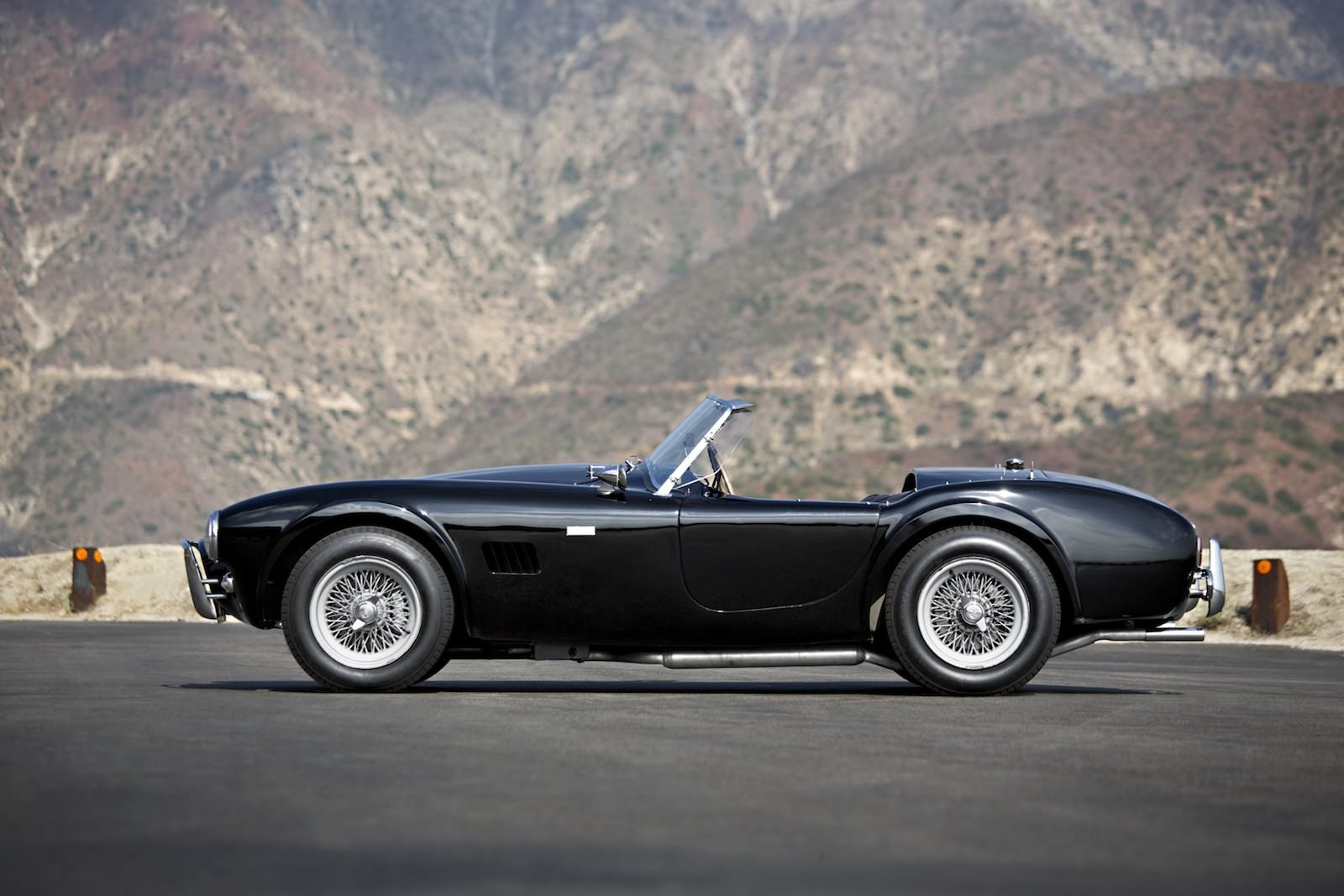 This 1965 Shelby Cobra 289 is one of the cleaner, more minimalist examples of the more-famous-than-Elvis car that’s been a poster on every boy’s wall since 1962. The early Cobras resemble the AC Ace on which the car is based far more closely than the later year Shelbys, our American cousins can tend to get a little carried away when it comes to modifying cars to make them more powerful, much louder and less likely to impress Thatcher – which led to late-model Cobras becoming a little bit silly. Wonderful – but silly.

1965 was the final year that the MKII 289 cubic-inch Cobras were made, the 427 V8 was fitted to the new MKIII cars that began leaving Carroll Shelby’s world famous garage at the end of the year, so in some respects this car represents the last of the first Shelby Cobras.

That 289cu V8 was no slouch mind you, the fire-breathing American powered car weighed in at a smidge over 1,000 kilos, meaning it could handily embarrass many of the finest sports cars of the era. It’s thought that 528 Mark II Cobras were made in total before production shifted to the 327, it isn’t known how many of these cars have survived to the modern day.

This car is estimated to be worth $850,000 to $1,100,000 USD and will be hitting the auction block at the Gooding & Co. Scottsdale auction in Arizona on the 18th and 19th of January 2013. Click the link here to visit the auction preview but be warned, you’ll spend hours trying to pick one. 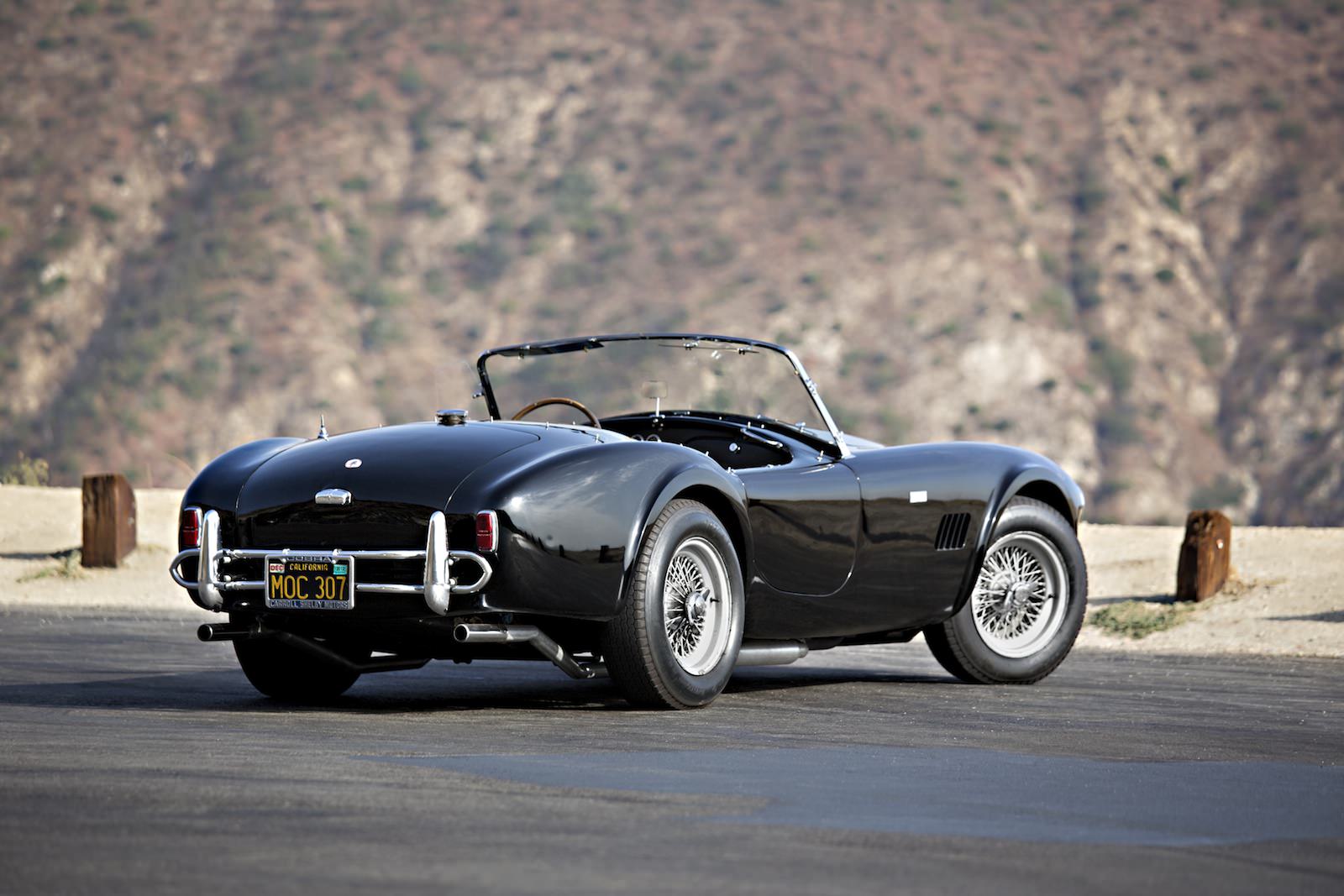 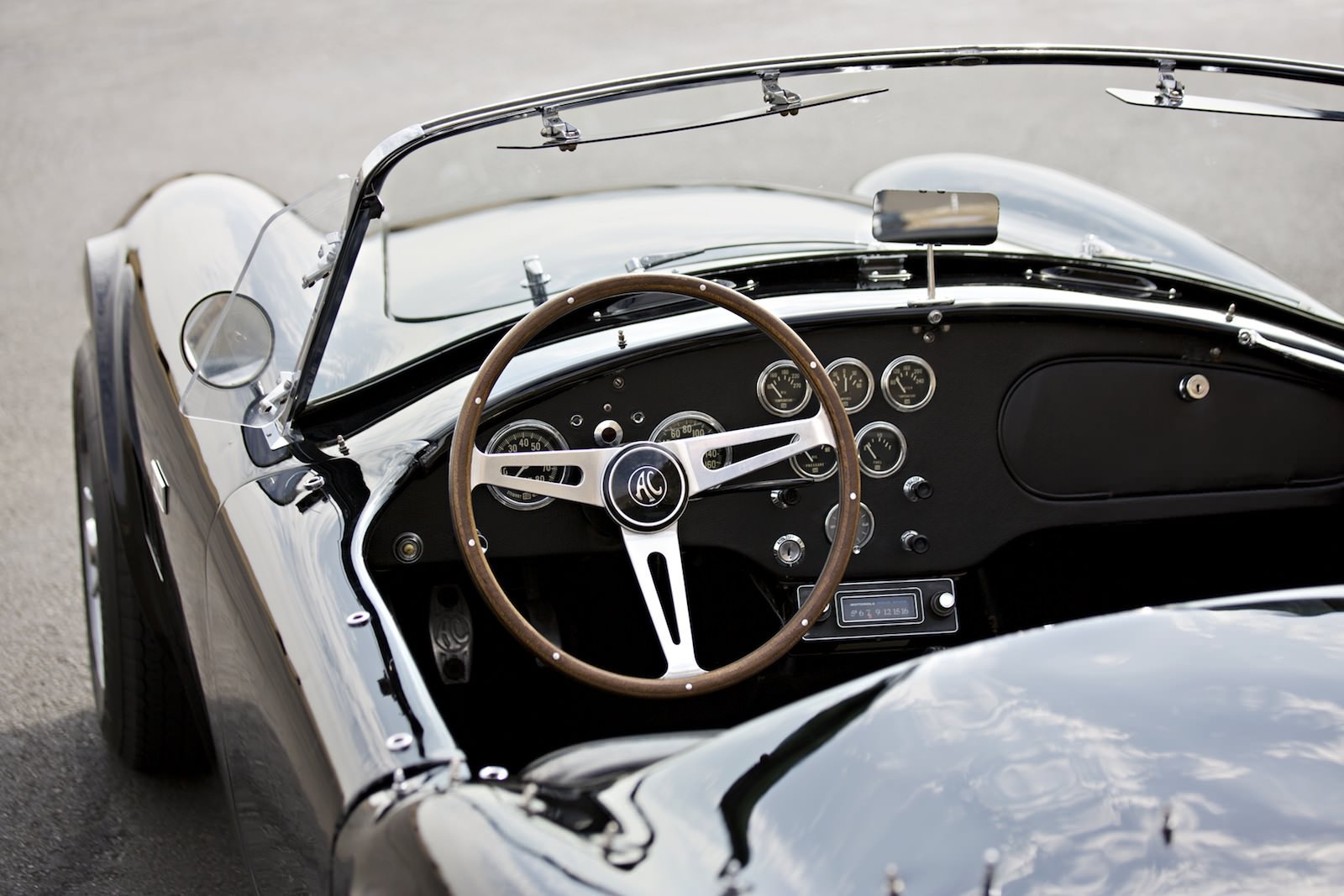