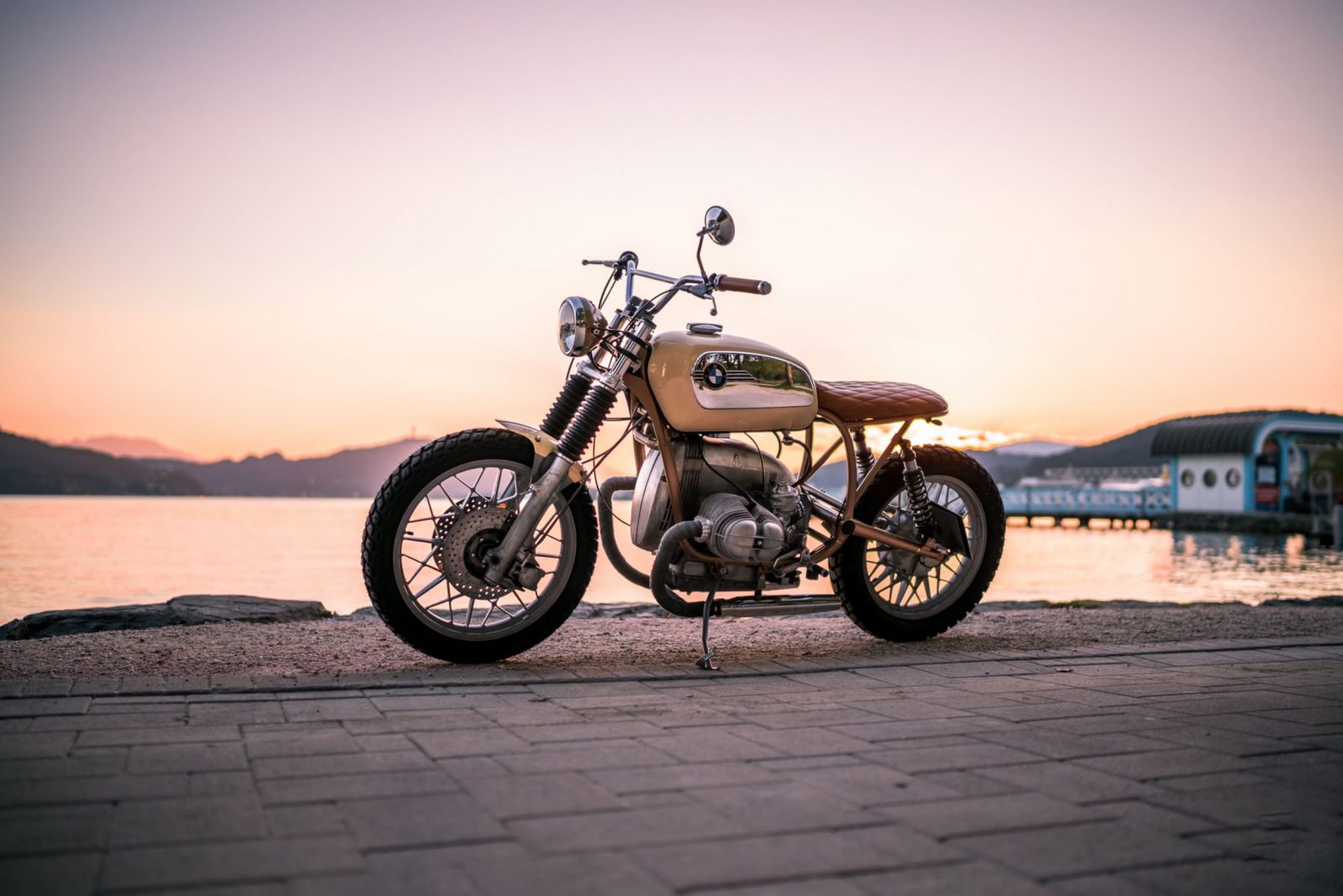 There are few motorcycle engines as iconic as the BMW Airhead. The opposed twins were first built by the German marque in 1923 based loosely on a design borrowed from the British motorcycle maker Douglas, the Germans turned the engine 90 degrees so the heads would be out in the clean airflow to aid cooling.

Over the intervening decades the opposed twin became synonymous with BMW motorcycles, and today over 90 years since they built their first the engine configuration is still a favourite, and is still used in many of the marque’s most successful models.

The R100T was introduced in 1978 with the same 980cc boxer twin as the other models in the R100 series, impressively for the era it featured twin Brembo disc brakes up front, and later models also had a single-sided swingarm with a monoshock and trouble-free shaft drive.

With 65 hp at 6600 RPM, 56 lbf.ft at 5500 RPM, and a wet weight of 215 kilograms (473 lbs) the model was considered a solid sports touring motorcycle by the motoring media and it sold well to people who wanted an alternative to the UJMs.

In more recent years the R100T has been rediscovered by both vintage bike enthusiasts and custom builders – largely thanks to its iconic looks, reliable powertrain, and very usable power band. In most markets we’ve seen values on them begin to climb again in recent years, and they’re often snapped up within days of being listed so buyers have to act fast.

The R100T you see here is the work of National Custom Tech, or NCT Motorcycles, based out of Feldkirchen, Austria. The team at NCT is made up of David Widmann, Kurt Kosjek, and Manuel Tilke – and they’ve developed a reputation for building timelessly beautiful motorcycles that are usable as daily riders.

The project began with a full strip down and inspection, the original fuel tank, seat, and fenders were tossed and the engine rebuild began. Once it was all back together the rear subframe was cut off and replaced, and the newly modified structure was powder coated for longevity.

A new seat pan was cut to size and upholstered by friends of NCT, and it was paired with a classic BMW “toaster” tank that was painted to match the frame by Manuel Tilke. The tank donated its nickname to the build – “toastbrot” is German for “toast”.

The original indicators and brake light were all removed with much smaller LED units for simplicity, the original airbox was removed and pod filters were added directly to the carburettors – much improving breathing, particularly when the new exhaust was fitted.

The original rear shock was replaced with a more modern adjustable unit from Bitubo, and a new handlebar from Fehling was added to complete the look. The finished bike is a highly usable scrambler with improved handling and that timeless air-cooled BMW simplicity. If you’d like to see more from NCT Motorcycles you can click the links below. 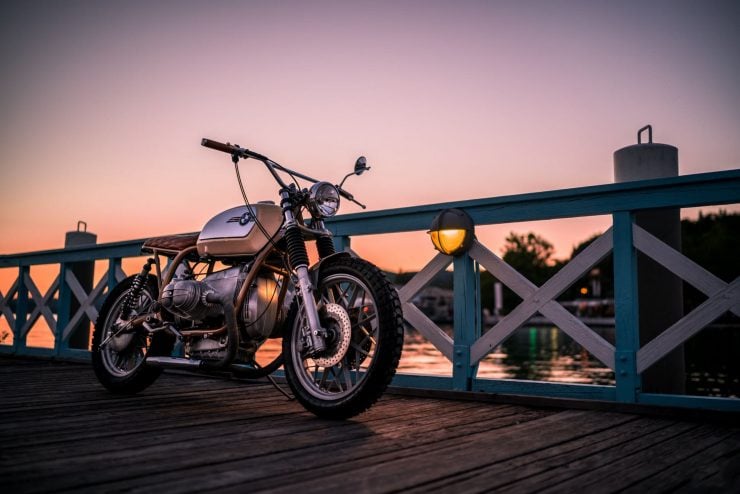 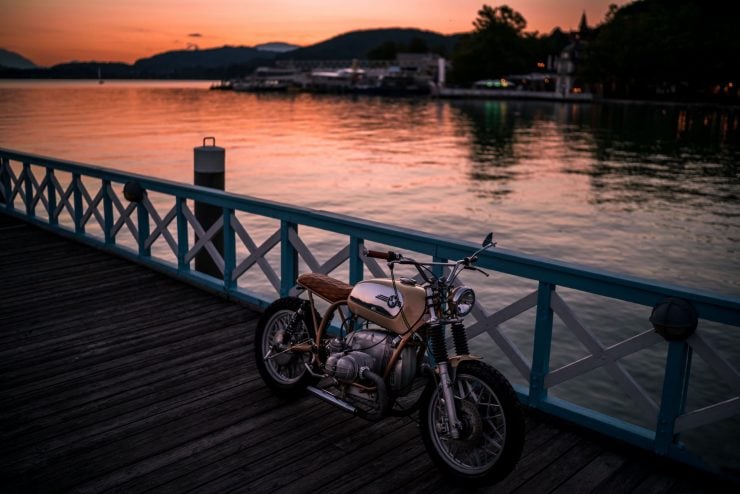 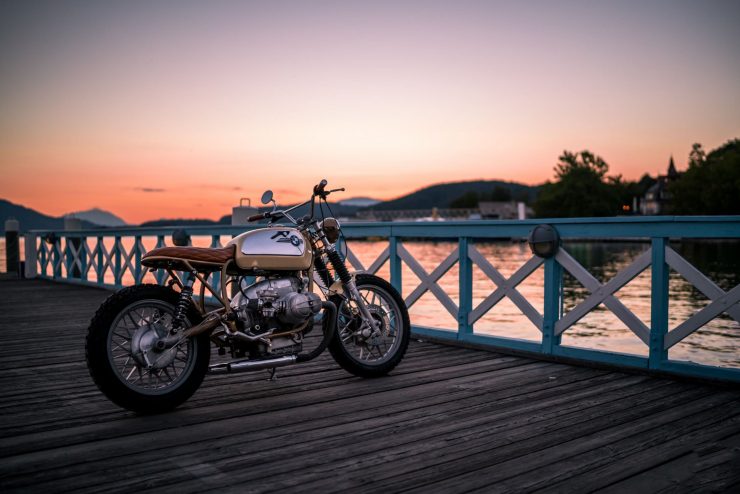 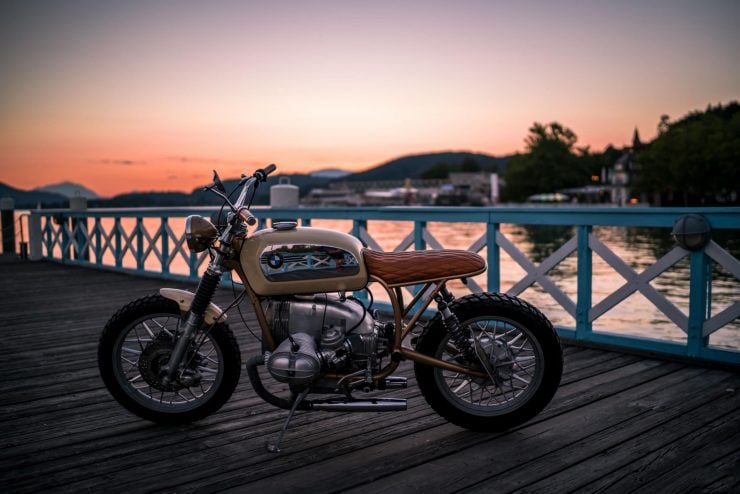 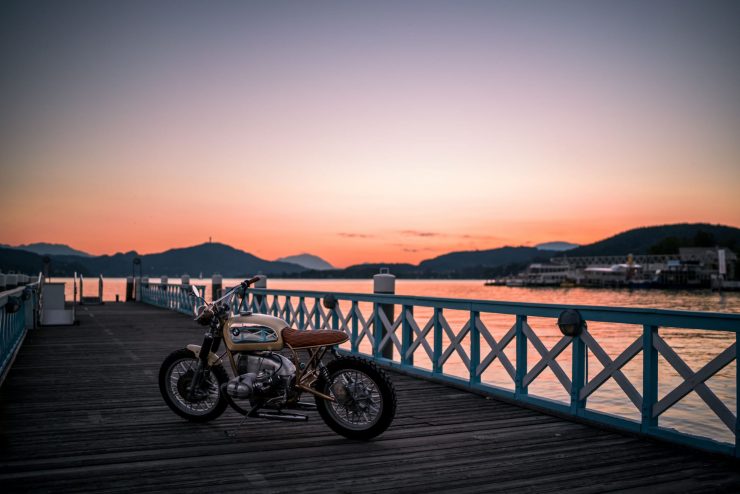 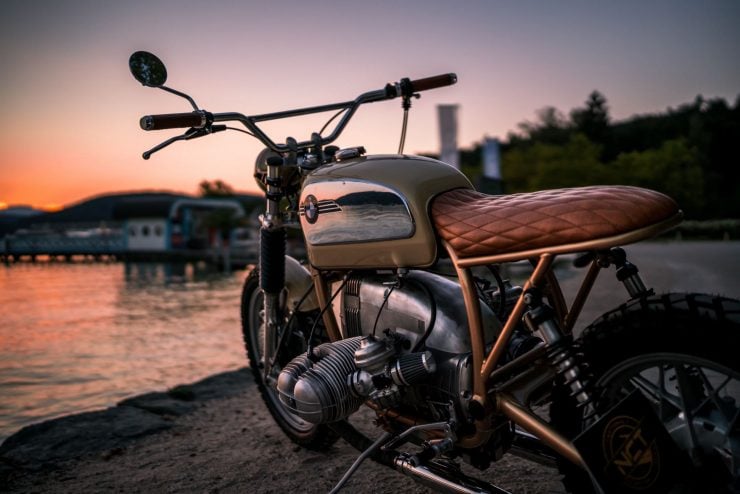 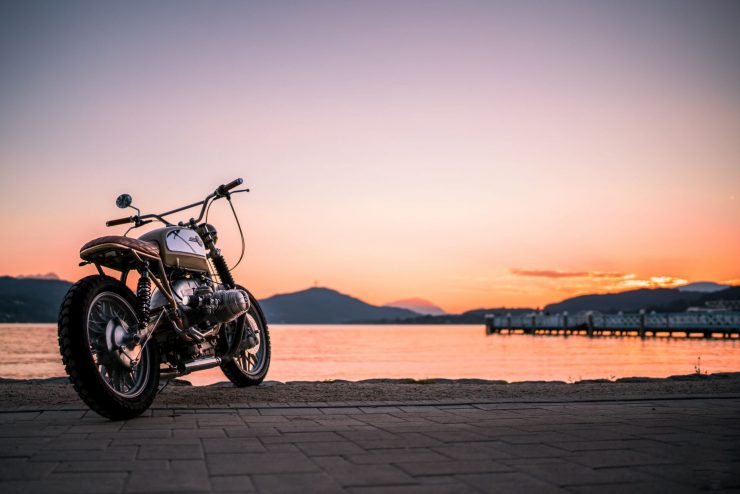 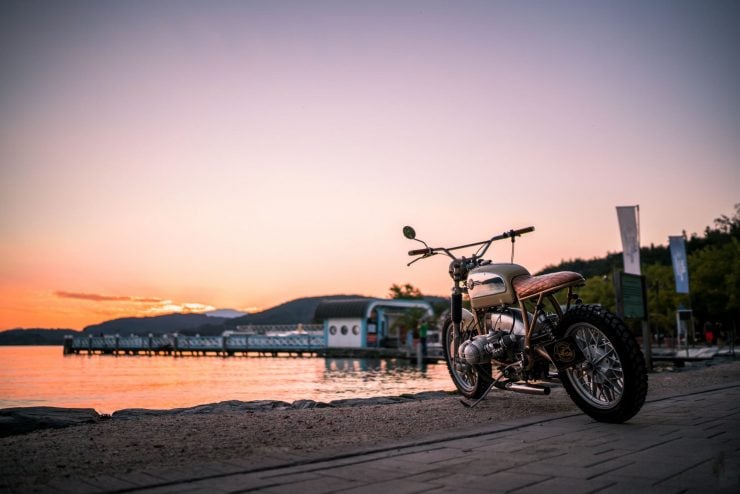 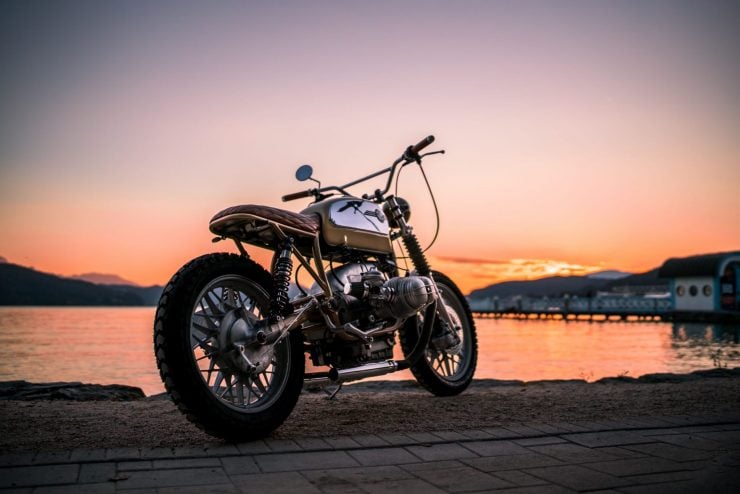 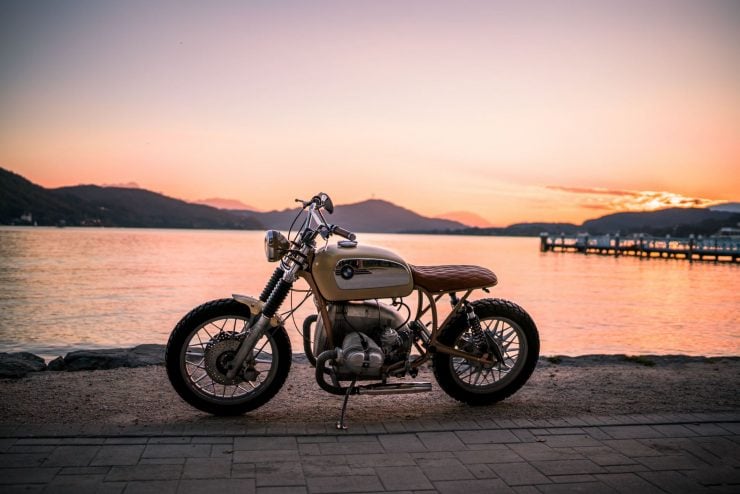 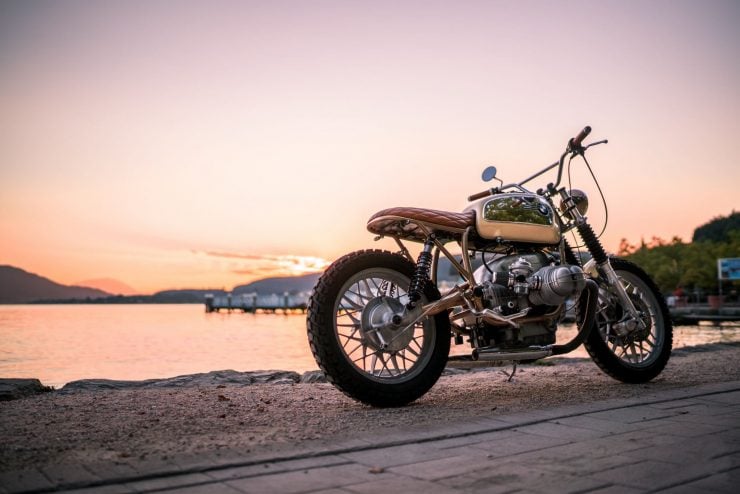 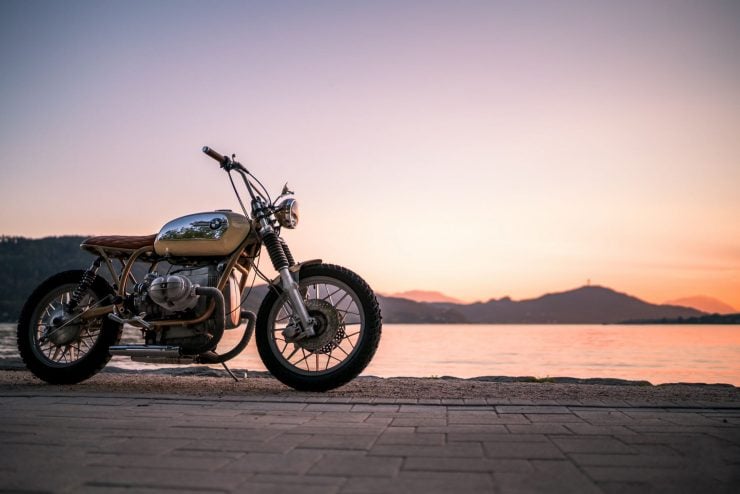 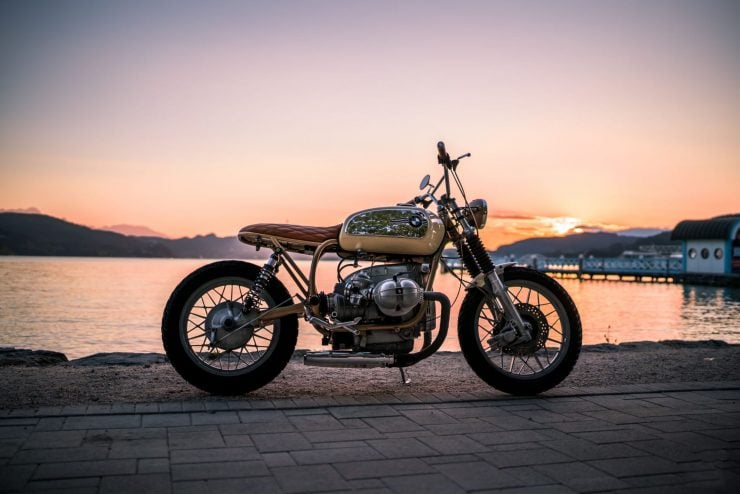 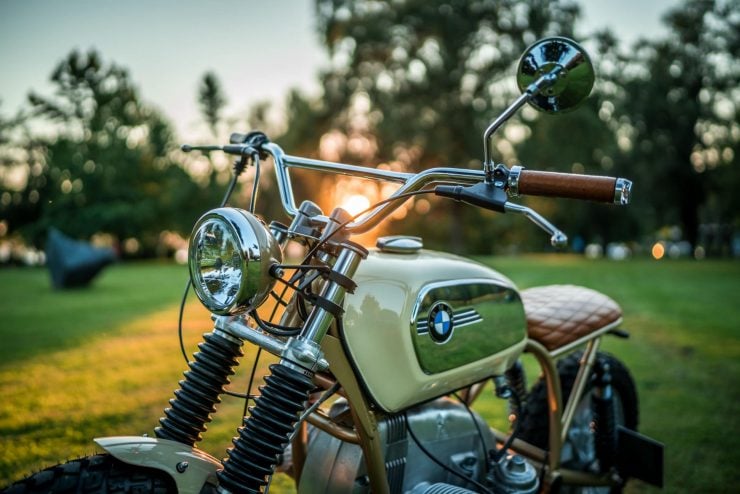 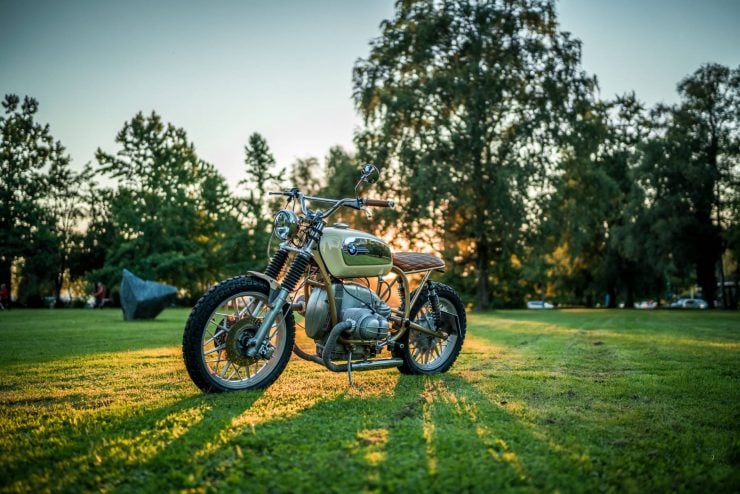 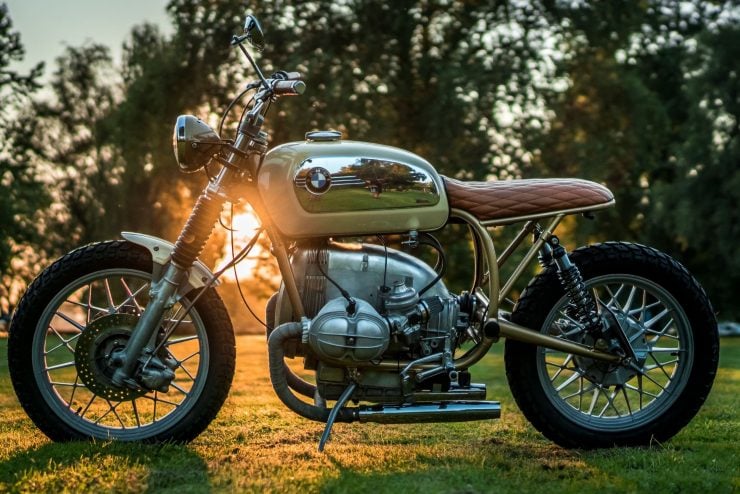 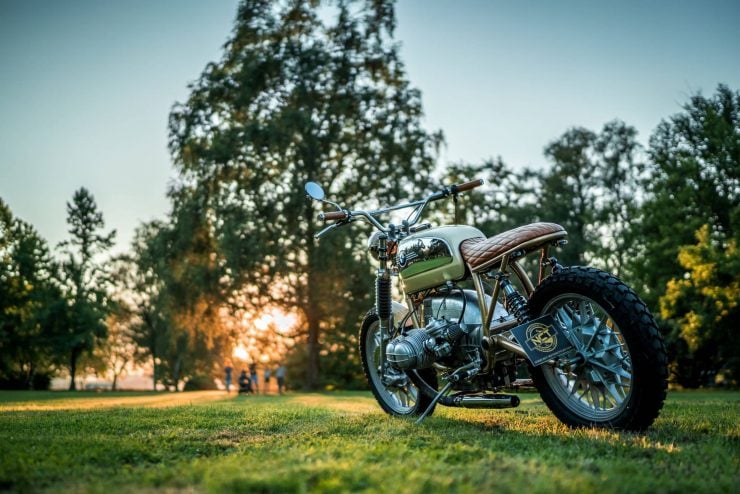 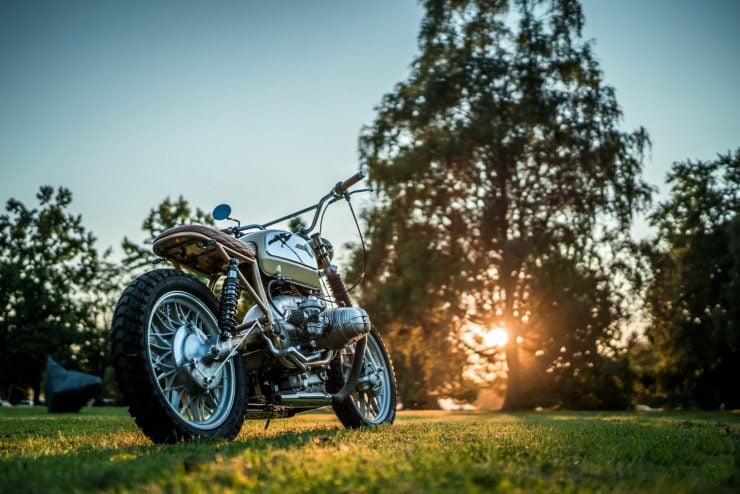 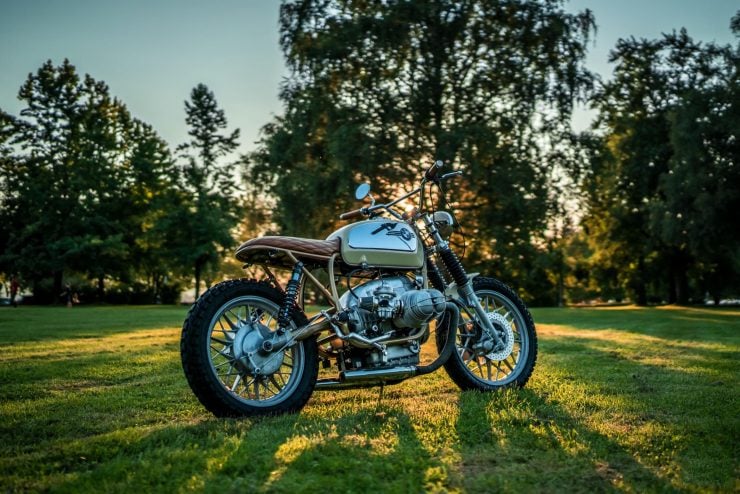 Additional information provided by the talented team at Bike EXIF